In August 2018, we found ourselves cycling away from friends and family in the UK and into the unknown. 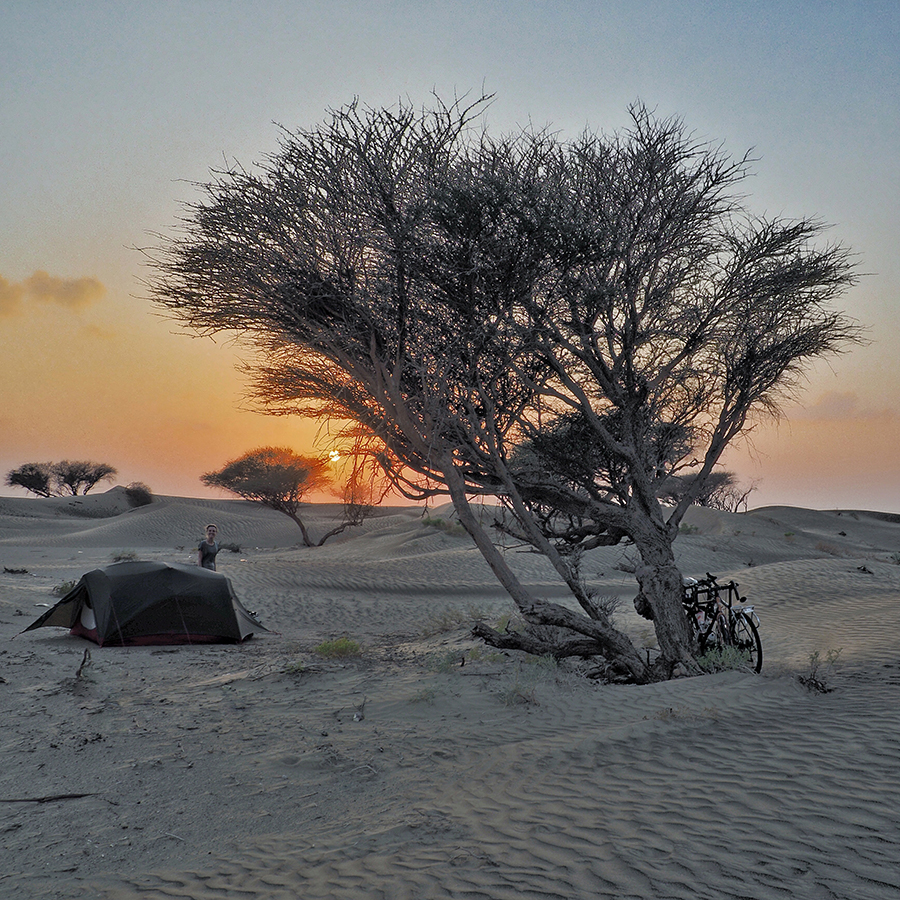 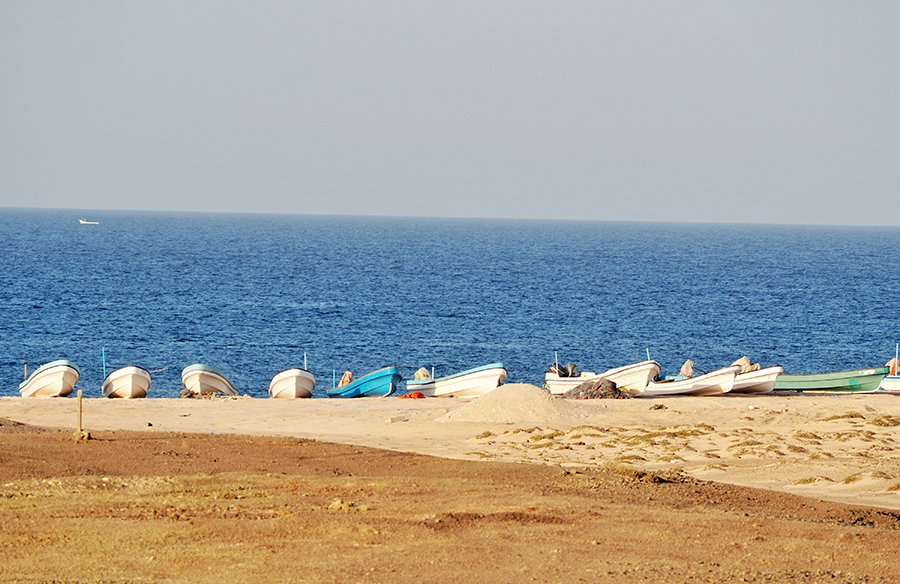 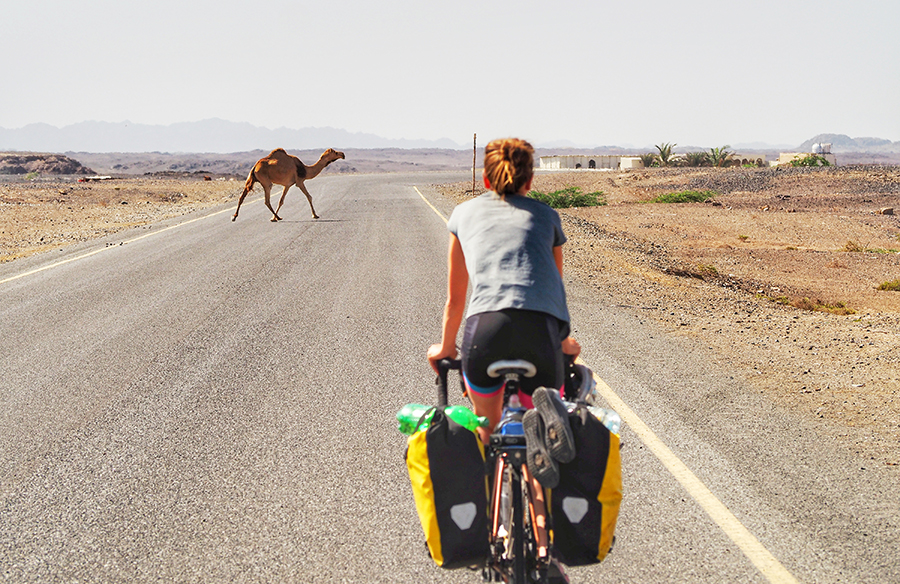 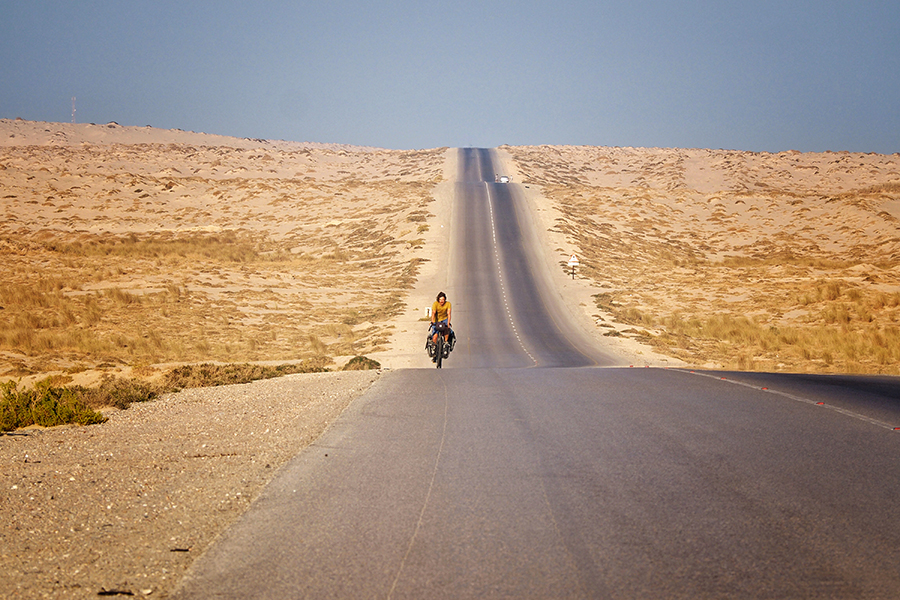 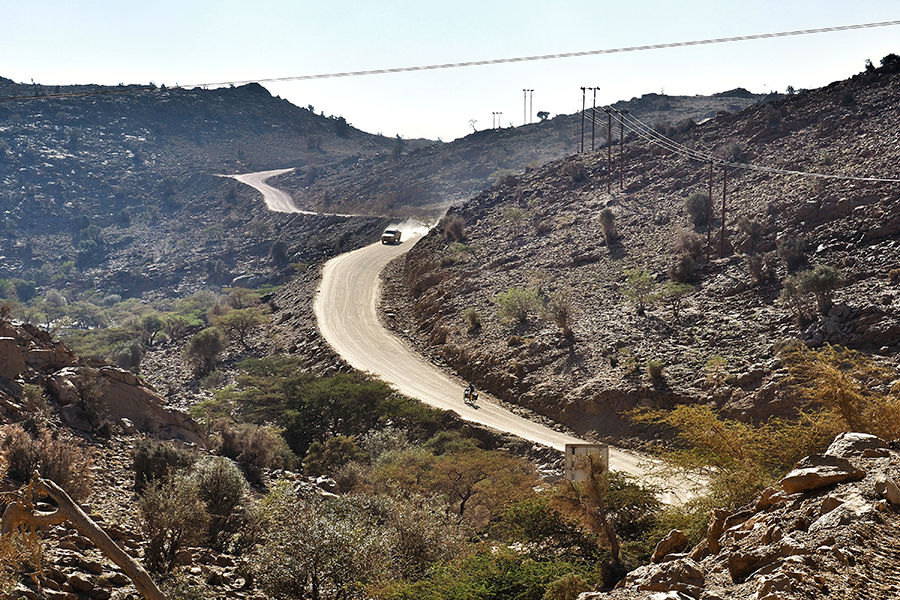 The idea of an extended cycle trip had been in our minds for a while. We just weren’t quite ready to slide into adulthood and hankered after time outside our comfort zones. So, when Joe was offered a year sabbatical it seemed now was the time to make the dream a reality. It was also a great opportunity to raise funds for Magic Bus, an education and gender equality charity based in India, and so the plan emerged to cycle from our home in the UK to the Magic Bus headquarters in Mumbai.

We devoted evenings to reading blogs and articles on kit, routes and cycle-touring tips. Whilst we had done some smaller bike-packing trips previously, a multi-country, multi-season, multi-month expedition was a whole different undertaking!

Our journey began by crossing Europe: the ideal environment for us to ease into our new routine. We followed established EuroVelo cycle paths which took us through France, Belgium, Luxembourg, Germany, Austria, Slovakia, Hungary and Serbia. For the latter part of this section we were following the Danube, from a small river to a wide stretch of water.

As we grew in confidence and settled into life on the road, we decided to leave the well-trodden paths and take a detour to explore southern Romania and Bulgaria. This allowed us to see a different, less familiar, side to Europe, preparing us for what lay ahead.

The next chapter saw us cycle into a new continent as we passed through Turkey, Georgia and Azerbaijan. With epic scenery, delicious food and a favourable exchange rate, we particularly enjoyed our time in Turkey. The landscape included bustling cities like Istanbul and Tbilisi, to peaceful salt flats, volcanoes and mountains, and it was hard to not stop at every turn to take photos.

Due to visa issues for UK citizens, we had to fly over Iran and spent the plane ride peering out of the windows and hope one day to return to cycle this section.

Arriving in the UAE, it felt like another phase of the adventure had begun. We enjoyed a few days resting and planning for time in deserts and Omani mountains whilst our bikes were rebuilt and serviced at Cycle Hub Dubai. We even had time to watch the race to Dubai Golf!

We presumed cycling in the UAE was going to be scary, what with busy five-lane highways as the default road. However, the Al Qudra cycle lane proved the perfect getaway towards quieter roads with a wide hard shoulder for us to use. With our e-visa already in hand, it was a relatively straightforward crossing and we were soon into country number 16.

We spent just shy of a month in Oman and absolutely loved it. The people were gentle, friendly and genuinely curious as to how we were finding cycling in their country. We were given bottles of water by passing cars, welcomed into houses to eat with local families and generally felt welcomed by everyone. The food was simple yet delicious (grilled spiced meat on rice, and more curry the further south we travelled).

We also learnt to enjoy sitting on the floor and eat without cutlery (although we were given the occasional spoon out of sympathy!). The weather was seriously hot but we found spots of shade and every mosque and the occasional house had publicly accessible chilled and filtered drinking water.

At the end of every night, we pulled over when we felt the time was right and set up camp. Wild camping is legal and wherever we ended up we got to witness brilliant sunsets, moonrise and often sunrise too. We even got to meet a few camels as we cooked dinner!

We headed towards Jabal Shams, the “Grand Canyon of Oman”. It was ridiculously steep and luckily, we managed to hitchhike a lift up the final section to the top in the back of a ute with bales of hay. The views were breath-taking and shows the diversity of the geography that Oman can offer. We camped right on the edge of the abyss and the following day spent four hours trekking along a tiny track down into the canyon and back again in the heat.

We managed the descent on our bikes. Although the majority was on tarmac, enough was on a rough dusty track to make life difficult. Add to that some serious uphill (despite it being the way down) and the ludicrous gradient, it took us all afternoon and our brakes were scorching by the bottom.

From the mountains we headed towards Al Hamra and Izki. Highlights included the old fort and souk in Nizwa and joining locals bathe in the falaj at Birkat al Mawz, where we were relieved to jump into the warm flowing water at the end of a hot sweaty day.

After eight nights wild camping, we found ourselves in Muscat and had a couple of restful days off the bikes. We visited the breathtakingly serene Sultan Qaboos Grand Mosque with its intricate carving and huge crystal chandelier.

We then turned down the coast towards Sur, a beautiful seaside town. Along the way we camped on the beach every night and stopped to visit (and swim in) the cool clear waters of Wadi Shab and the Bimmah sinkhole. Wadi Shab was particularly fun – swimming through the narrow passages to reach hidden caves.

The next spot to mention is Ras Al Hadd, the most easterly tip of Oman. This area is known for its turtles, as thousands come ashore to lay eggs over the summer. Despite it being at the end of the season, one evening we came across a large turtle on the beach. We were really moved by how human she was, from her dark twinkly eyes to the heavy breathing as she struggled to get back across the sand to the sea.

We were lucky enough to be hosted by Turtle Beach Resort for one night. Having wild camped for a number of nights in a row, a shower was very welcome to clean our salty, sticky and, sandy skin! We are very grateful to the staff for letting us stay and providing us with delicious food and some luxury.

We then continued further south and into Wahiba Sands, an area of desert with very little else, apart from the odd wild camel. The dunes were shades of red and beige which stretched as far as the eye could see. We had days where we didn’t pass any shops, so had to carry enough food and water supplies to keep us going.

Our most southerly point in Oman was Masirah Island – an hour and half boat ride from the coast. Whilst there is a scheduled ferry, we were able to hitch a ride for free on a small boat with some locals that simply went when enough cars had been squished in like a Tetris game.

We took 3 days to circumnavigate the island – taking the single road following the coast. Once we left the little town where the boats docked, we hardly saw any people at all. We camped on the beach every night, falling asleep under the stars and listening to the gentle knocking of hermit crabs. We rationed well, our food and water supplies kept us going until we found ourselves back at the dock to get a boat back to the mainland. It was a very special, peaceful time with multiple dips in the sea each day and pedalling with sandy feet. At night you couldn’t tell where the horizon was – the many stars merged into a sea full of sparkly plankton. The only downside was the amount of plastic we came across on the beaches. A short 10 minute clear up produced a huge pile of bottles, rice sacks and buckets.

In researching Masirah, we came across a news article about a bus which had been launched between the mainland ferry dock and Muscat, in a bid to raise visitors. When talking to the bus office in Muscat, we had been promised this bus was big enough to take our bikes. Sure enough, a coach appeared and we had a very easy ride with only a handful of other passengers.

We then had a couple of days back in Muscat, exploring the old part of the city and packing the bikes ready for the next chapter: India!

Even though a cycle tourist may look vulnerable, with literally all possessions on show, we have been overwhelmed with the many acts of kindness we have experienced. From handfuls of fruit and nuts at the side of the road, to being welcomed in to a stranger’s home for the night. It is this interaction with local people that makes travelling by bike very special – the slow speed and the need for regular snack breaks means you have time to see parts of countries that you may not otherwise seek out.

For anyone considering their own cycle adventure: go for it! The hardest part is overcoming “analysis paralysis” and taking those first pushes on the pedals away from home. ■

We would be happy to answer any questions about our adventure or cycle touring in general. You can read our blog and contact us at www.byjovebybike.co.uk and Instagram @byjovebybike.

It all started when I graduated sport management in the Universidad Del Real Madrid with an honors MBA degree. My studies provided me with the knowledge and the mindset to lead an Arab cycling team and to become a...
Read More