Life and Death on Ama Dablam

“Climbing is dangerous, and mountains can kill you, why do you risk your life?”. A phrase us outdoor adventurer repeatedly hear… and with time I mastered ignoring them, because I understood you can’t possibly explain feelings you go thru while experiencing an event, as experiences are designed to make each one of us feel in specific way. 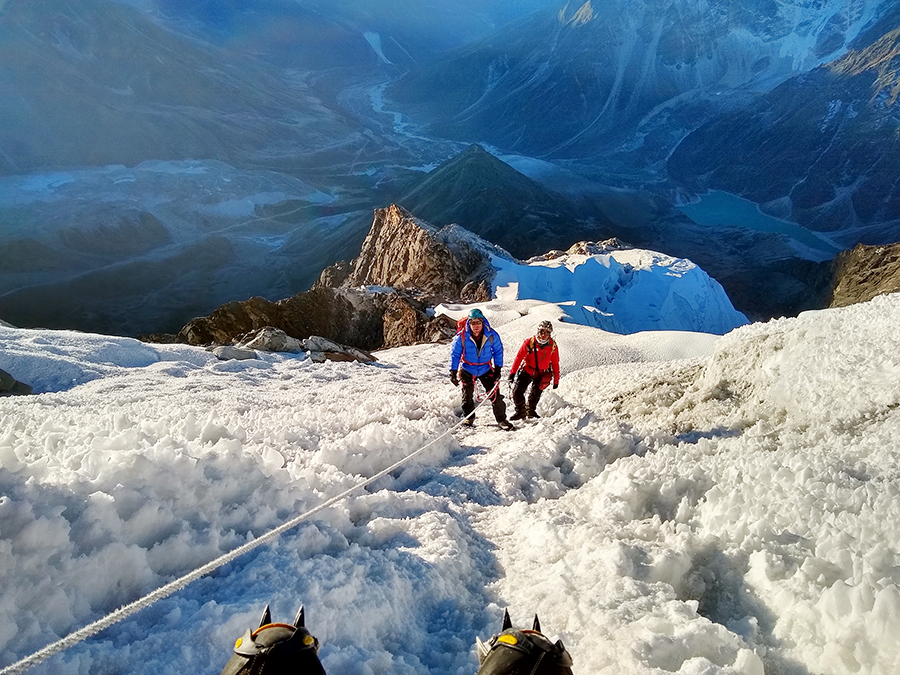 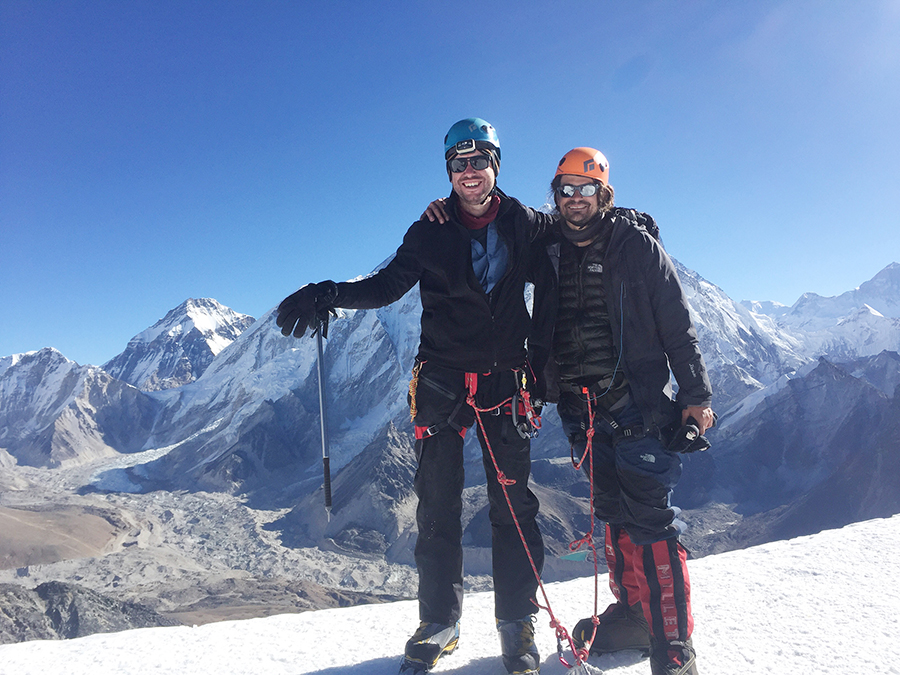 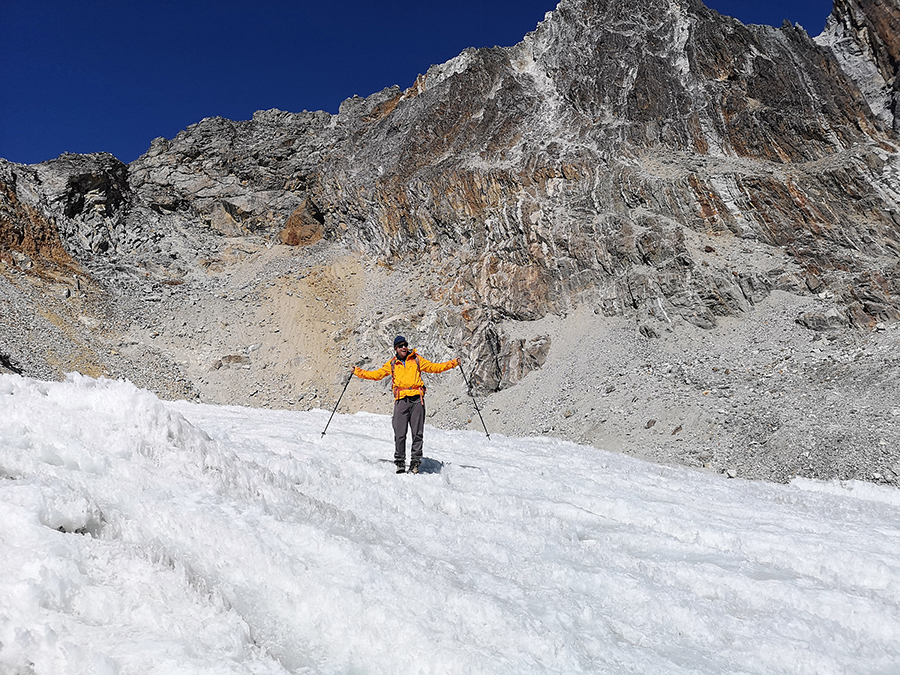 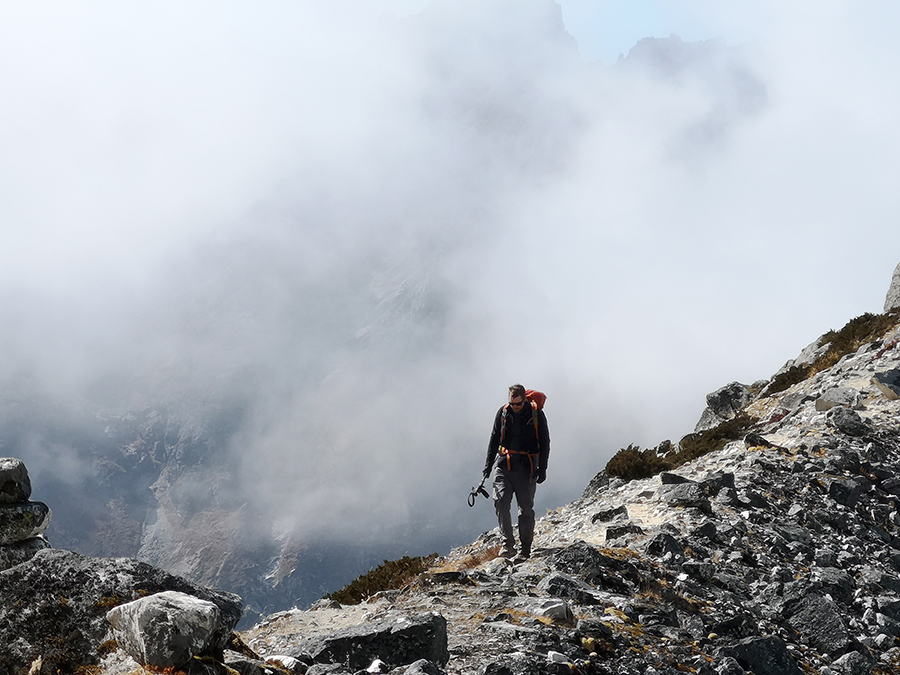 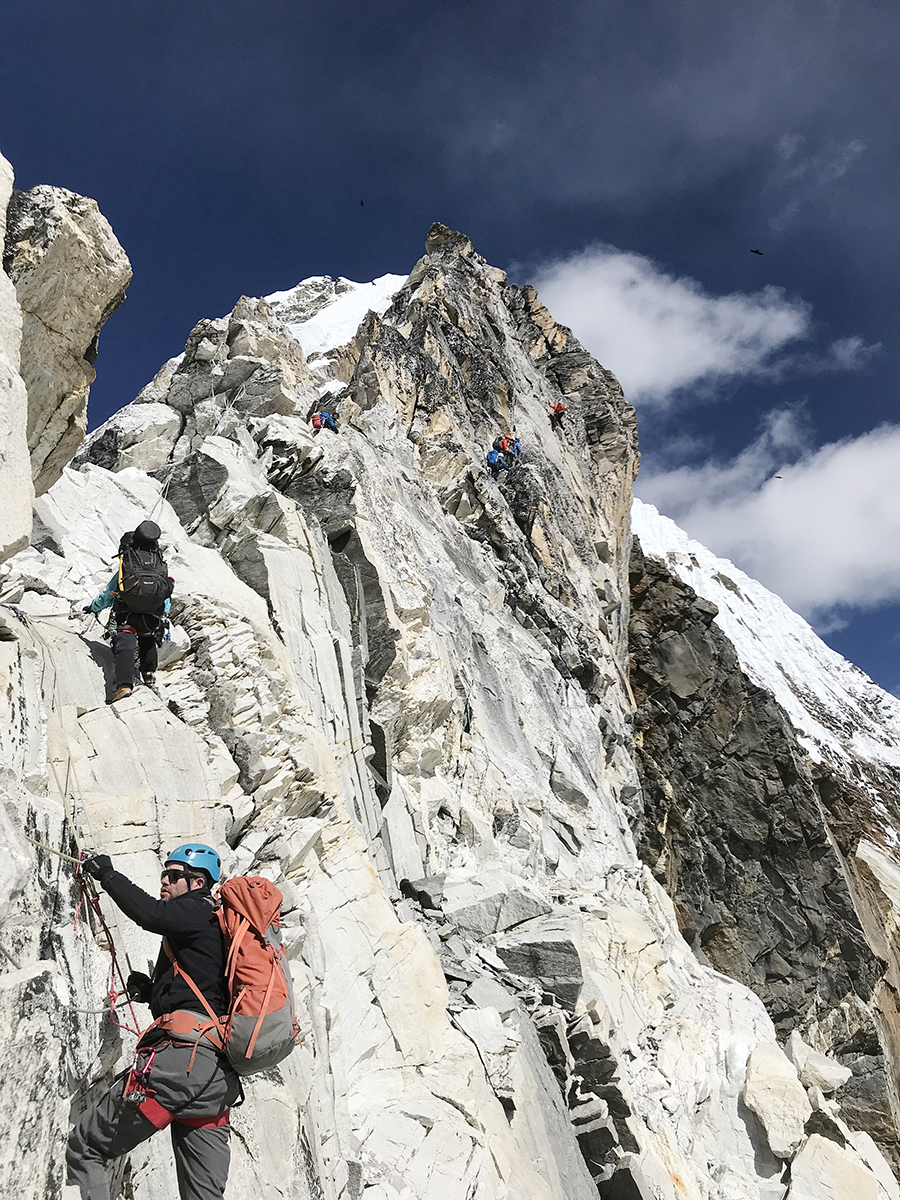 Back in October 2018 I embarked on a new expedition, this time to Nepal’s Himalayan range, with the goal to climb few peaks including Ama Dablam peak as a finale. At this point, and despite my large experience in other forms of explorations, I am far from calling myself a mountaineer as of yet. In my opinion climbing few peaks wasn’t enough to earn me such title. So I was ready to log in some time in my mountaineering books.

I met my multi-national teammates in Kathmandu, where all expeditions start. The team members were from Nepal, India, Norway, Australia, Germany and Lithuania.

We spent the first week acclimatizing. An important measurement not to be taken lightly, it can severely injure you and in cases claim your life. I got to know the team, and bond with those I clicked with. This is the part I got to know the 33 year old Michael Davis, the Australian. We shared stories of our previous trips, constantly argued which trip was more satisfying, and occasionally shared the tent.

A week later, we moved to climbing peaks and we were blessed with great weather conditions. However, weather started deteriorating. We abandoned our initial itinerary and moved towards Ama Dablam, to increase our chances to summit this notorious mountain. Without any rest, the team moved to Ama Dablam base camp and started our climb. First stop is Camp 1, leaving behind all the comfort basecamp provides, we carried all your gears for the next 3-4 days. The moment you start such climb, there is no rooms for errors, you cannot simply go back to bring your missing crampons, and you better have packed a good sleeping bag or else you will freeze to death. Climbing to camp 1 gives you the impression things are getting serious. But nothing compared to what climbing to camp 2 makes you feel.

Climbing to camp 2 is a day I will forever remember, this thin ridge with several hundred meters of drops on either sides. Spending the entire day with Michael, waiting on the ropes together, occasionally listening to his bad choice of music, with 360 panoramic views that made all the waiting worthwhile. With not the slightest clue things are about to take a bad turn. We were waiting for the less experienced climbers to climb or be hauled by their guides on the notorious “Yellow Tower”. Funny mentioning the name of this section, as few years back on my expedition to the deepest cave, there was a hard section called, well you guessed it: The Yellow Tube. As if Yellow is a difficulty metric of an area; like: hey mate, how did you do on your Yellow Math Exam?

We climbed the Yellow Tower and our first reaction was infuriating, the smell of human waste and sight of garbage everywhere. We quickly tucked in the tent Domas (Lithuanian climber) has occupied. Us 3, shared dinner and lots of jokes about what awaits over the night, sleeping on the edge of the cliff, while the tent is strapped with tiny cords, giving you a psychological illusion it will not fly over the edge. Amazing how the brain works!

We 3 squeezed in that tiny tent and slept early to start our summit bid midnight. Yeah, so much for a sleep! Heart pumping of adrenaline, brain over analyzing, wind slamming the tent, occasional farts, and don’t forget the misery of midnight pee… oh yeah, and the lack of oxygen…

Alarm went off, it is midnight, time to get moving. All hangover like, staring at each other and thinking: how silly are we to be doing this for pleasure. Quick bite, gear packed, put on the warmest clothes, and off we went towards the summit not knowing this is the last time I would see Mike.

I took the lead, followed by Are from Norway, Domas and Mike the last. The route starts with an open air traverse leading to the Grey Tower. Over the years the ice melted off the Grey Tower. It became like a mine land, very loose rocks constantly falling. So carefully we climbed with occasional rock fall, but nothing threatening. An hour later I reached the open airy traverse below camp 3, where an approx. 100-110km/h wind hit us. That was unexpected, slowly realizing there is no chance we continue, we are about to be blown off the mountain. Lots is going on, we can barely hear each other, all jammed on a tiny ledge, one of the guides radioing basecamp for weather forecast, while another guide squatting in a corner trying to warm up himself. 30 minutes later of this situation, I decided to bail out. And everyone followed.

I started abseiling first and reached Domas, who was waiting for his turn on one of the anchors. And in no time we heard large boulders crumbling down. We didn’t know the source, it was dark, cold, and everything is happening in fast forward. I squeezed myself to the wall, and repeatedly screamed “rocks! Rocks!” to alert other climbers. The scary sounds disappeared followed by a dominating silence. Domas looked at me and in despair said: “I saw Mike’s Rucksack flying”. As much as I didn’t want to admit it, I knew what has gone wrong, but there was no time to think this thru as I was in no place to do anything. So I focused on the most important part, keeping the team together and avoid any further problems. I assisted Domas, and at each pitch, I was hoping we meet Mike, but met with disappointments instead. I kept my hopes high, hoping he was faster than us and we will meet him back in camp. But soon enough all these hopeful thoughts were met with the final disappointment when we reached camp and Mike is nowhere to be seen. We reached camp an hour post-accident. It was still dark to dispatch a rescue team. Just when the first light broke in, a guide came bearing the sad news, Mike’s body is seen several hundred meters down the tower, and to make it even more horrifying, it is impossible for any of us to descend to him due to the place’s nature. We called a long-line rescue helicopter to do the job, and soon enough it arrived. The pilot slowly hovered between the Grey Tower’s narrow edges and the rescue delegate was lowered on the winch line. A minute later, we saw the helicopter flying away with Mike strapped onto the long-line with the rescue member.

It was obvious all of us were crushed both physically, and now mentally. And there was no time to deal with it all at camp 2. We don’t have enough water nor food. I quickly packed my gear and Mike’s, and I hit the trail. Domas and I descended together in total silence. Upon arrival at basecamp, I started packing to leave the place. There was no point to stay there for another attempt. It was obvious the weather deteriorated and the chances of reaching the summit are close to none. And most importantly, I wanted to be alone to process what just went wrong and deal with the loss of my friend.

This story is not about death, this story is about life. It is to shed the light on the importance of how we live our lives. Getting to know Mike on that trip and becoming close to him, reassured me that death is just part of life and we have to accept it as equal. I couldn’t but remember the day prior to my flight to Nepal, when I was driving on Sheikh Zayed Road and a deadly accident took place just on the lane next to me. A speeding truck hit several cars and some were smashed and nothing left of them. This is one deadly accident I could have been a casualty, as much as those rocks could have hit me instead of Mike. Yet all I hear are fear-infused statements about the expeditions I embark to, and rarely any fear-less statements full of encouragements to live life to its fullest and take risks.

And you guessed it again, I will attempt to climb the summit again, and I intend to leave a memorial plate for Mike. So if Ama Dablam is next on your climbing list, take a flower with you and leave it by the memorial plate, and remember Mike as the loving, caring and joker he was! ■