Aquamarine ocean views fringed by coconut palms with an occasional boat on the horizon and the sweet alarm of cuckoo birds. Can ideal escapes get any better? Bandana Jain tours this southeastern delight to discover its majestic coastline, gorgeous resorts and a holiday like none other. 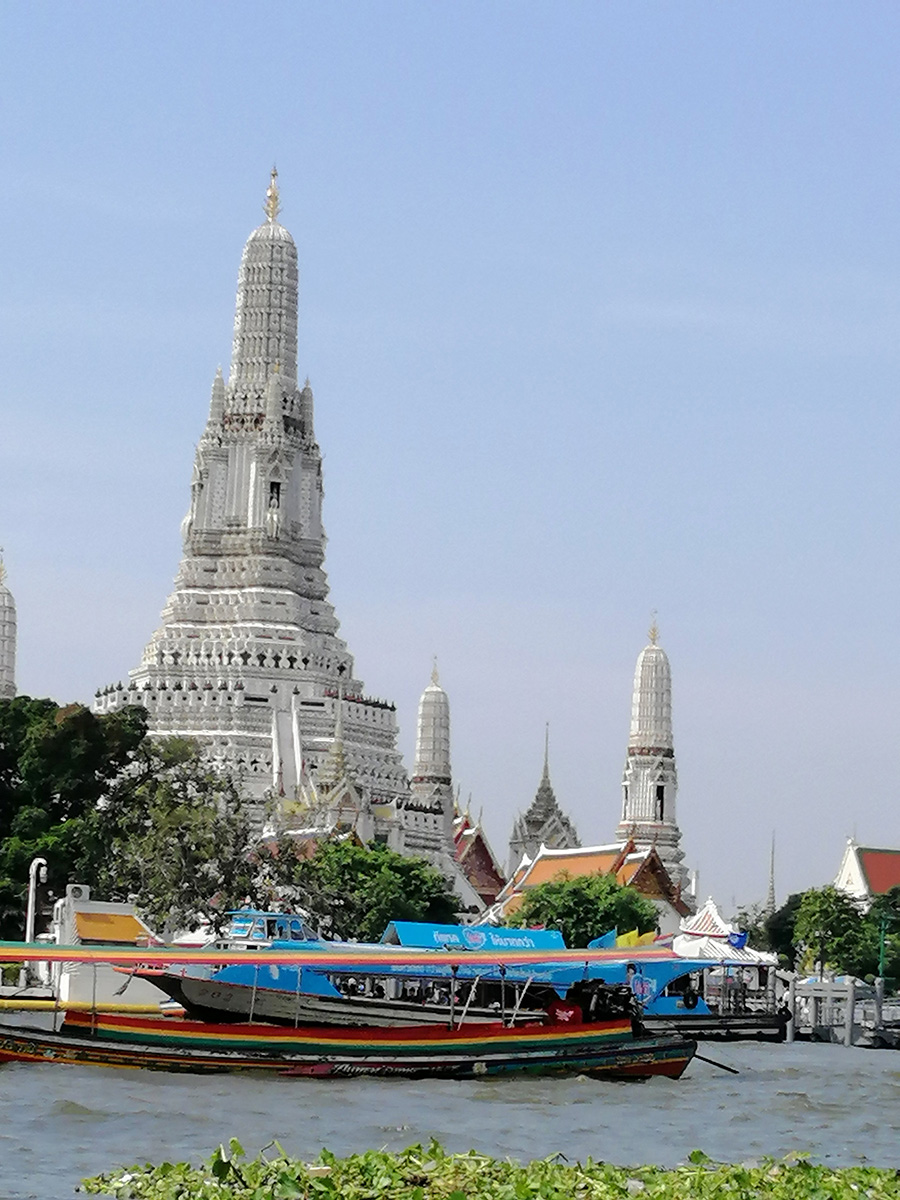 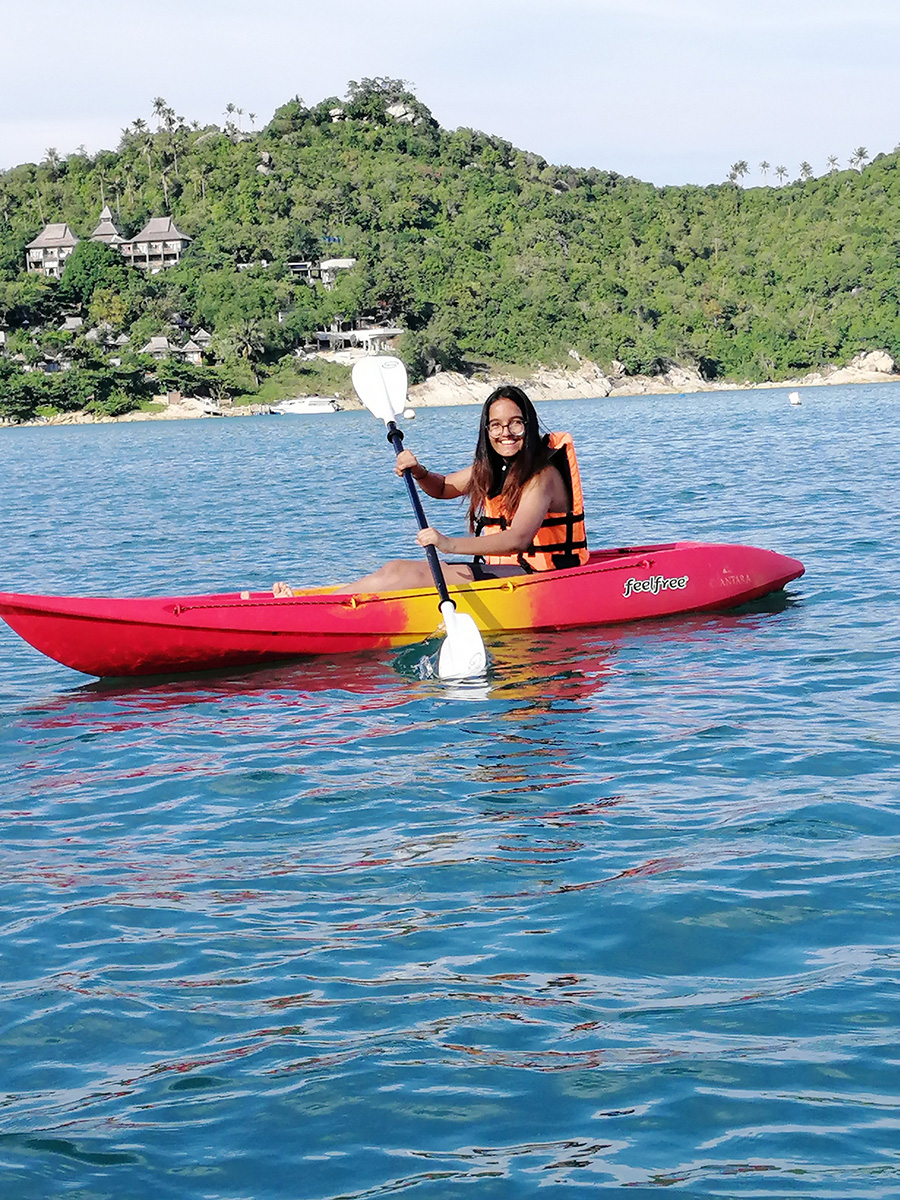 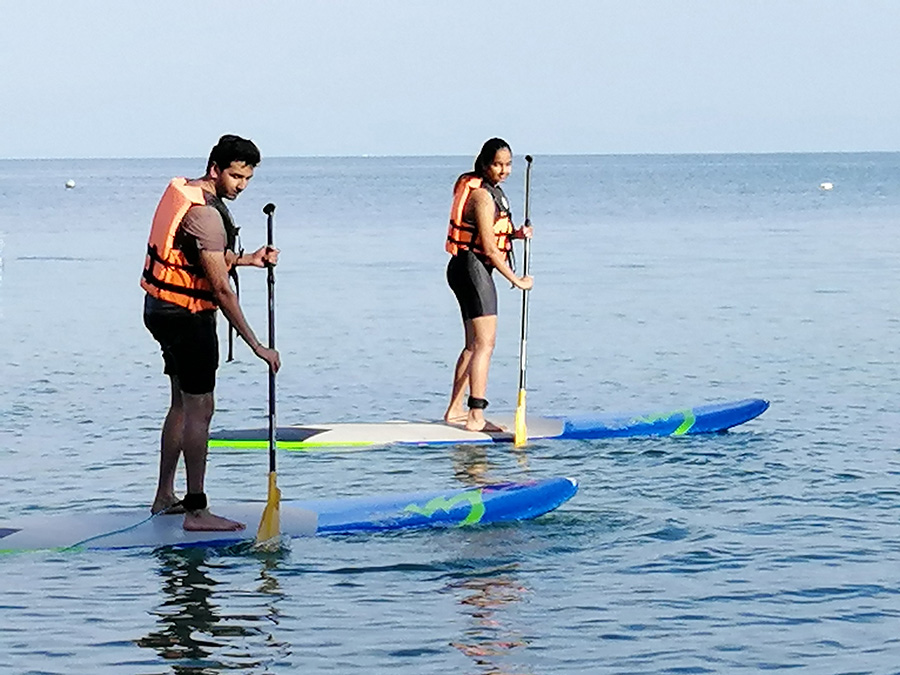 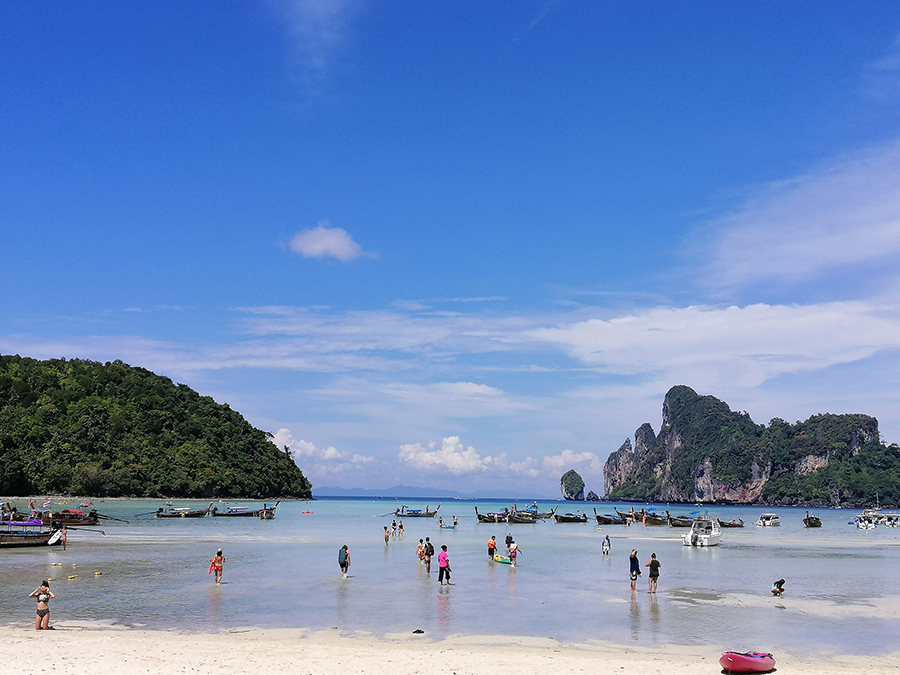 Thailand has been a potent candidate for finest holiday destinations in Asia. Statistics prove that catching sight of the sea is a major stress buster. With hundreds of dreamy tropical islands scattered along its extensive coastline, each one offers a tantalizing composition of turquoise water, serene beaches and a scintillating nightlife. It is a stunning amalgam of excellent year-round climate, easy on budget and diverse things to-do lists, not to forget its amazing cuisine. With gorgeous skylines, it could do very well by the name ‘the land of magical sunrises and sunsets.’

For me, I wanted more time to explore the country and its huge archipelago in a much -detailed manner. And here, I embarked on a ten- day travel to this pearl of the south east, hoping to catch some of its wonders. Though there’s a lot yet to be explored in this magnificent country, I was happy that I could make it to at least some of its major hotspots.

Bangkok
Before I actually landed in Bangkok, I envisaged it as a crazy city popular as a shoppers’ delight. But my misconception soon dissolved as I discovered it to be a city with relaxed vibes, flooded with history, culture and of course famed for its ultra-reasonable shopping avenues.

The most spectacular jewel in Bangkok’s tour list, was the Grand Palace which was an artistic and historical delight by itself. A stunning compound replete with a cornucopia of buildings in ornate décor, each one looking stupendously beautiful. Once lived in by the kings, it features courtyards of countless awe- inspiring examples of exquisite royal architecture through the millennia.

The statue of Emerald Buddha was another stunner of sorts. Located inside the grounds of the Grand Palace, Thailand’s most valued temple features the magnificent Emerald Buddha that dates back to the 14th century. I was spellbound by the intricate work, both of the Emerald Buddha statue as well as the other buildings in the campus.

Close to the premises of the Grand Palace, lies the Reclining Buddha, another unmissable attraction with a gold plated, 46-metre supine statue of Lord Buddha. The Reclining Buddha (or Wat Pho, as it is locally called) represents the entry into complete spiritual enlightenment ending all worldly reincarnations.

Towards the evening, we headed to the Chatuchak market and the Premiere mall and shopped to our hearts content!
The next morning, we took a one-and-a-half-hour flight to Koh Samui, followed by a half hour catamaran trip that led us to our second destination of a pristine paradise called Koh Phangan. Another twenty minutes drive and we were dropped off at our island home in Koh Phangan villas.

Koh Phangan
Easily accessible, well developed and dramatically beautiful, Koh Phangan is great for party-goers, beach bums and active adventurers in equal measure. Chilling out at Koh Phangan villas for four days was like taking a step back in time. Developed like a typical rainforest, it took me aback by its stunning greenery and well-structured foliage — each villa encompassed by trees, orchids, palms and a myriad of exotic plants. And all this on the sidelines of the emerald sea with waves weaving their magical charm.

Birds were frequent visitors to our balcony and rising up to the alarm of cuckoos was like living in a unique tropical paradise, miles away from the din of the citylife. Agreed, we did have Wi-Fi access, but the beauty of the place left you so mesmerized that getting connected to the virtual world seemed such a trivial thing to do.

Bedside sea views, coconut trees looming over crispy white sands and myself gazing over these marvels of nature from the precincts of my villa balcony – I was completely taken aback by the beauty of the place. Lazing by the beach, watching the mighty waves crash on the shore, variety of watersports like kayaking, snorkeling, stand up paddling and swimming kept us busy.

In the evenings, we trotted outside the hotel to a take a bite in some of the shacks selling authentic Pad Thai noodles, crepes, rotis, papaya salad and pancakes with Nutella sauce.

For a person like me, experiential hospitality means a lot. Amongst many such experiences from a Thai tropical holiday was breakfast by the beach and it was outstanding. The villas are designed in a way that dining areas are located in close proximity to the beach. Feeling the silken smooth sand below my feet coupled with soothing jade sea views with the meals is a memory well cherished.

Anantara resorts hospitality left us spell bound. This lavishly priced resort welcomed us by a tray of fresh guava and langan (a hybrid of lychee and rambutan), packets of raw banana chips, bottles of gin, wine and rum was complimentary. However, we being teetotalers requested for a change and fresh watermelon juice was served instead.

A plunge pool awaited in the balcony with sun beds and dining chairs. I could spend my entire day here watching the playful waves hit the shores. Lush green settings, fountains, hammocks, swings served with a dash of privacy. A well-stocked library awaited us with loads of reading material and immaculately furnished reading spaces and refreshments. Pots of water with ladles at the bottom of the staircase at the base of the villas to wash off sandy feet was another unique facility.

One might think, how can one survive in such a place for four good days. Even I thought so and was questioning my own decision to book such a place. But in retrospect, the magnitude of regalement and invigoration was beyond contemplation. It was the perfect place to recharge my heart, mind and soul!

Back at Koh Samui airport, I have a piece of advice. Please explore the airport well. Its no less than a paradise and should be explored like any other landmark. In fact, I can happily rate it as the most beautiful airport I have ever visited. Near the departure gates, well-manicured lawns with blooms in full flourish greeted us. It is one of the airports where birds roam around freely in a partly enclosed lounge. Instead of the usual enclosed shopping outlets, there was an outdoor space flanked by shops and cafes on either side with benches, and flower beds in the centre.

Phuket
A forty-five minutes flight from Koh Samui took us to Phuket, the largest island in the country and a favourite slice of holiday paradise.

The sight of Phuket’s sparkling waters and the tiny specks of islands as seen from the aircraft were enough to put us into an instant holiday mode, albeit of a different type. With its sheer size, Phuket offers potential itineraries as long and humongous as its myriad coastlines. One can find their own pace, be it active or tranquil for a memorable Phuket holiday. If it’s the action that you are after, the entire island with its magnificent frontier becomes an extravagant setting.

A cycling tour outside our hotel — Thai Angsana Laguna was a worthwhile trip. Cycling on the waterfront and meandering around the city’s exotic resorts was fun.

Enclosed by at least thirty gorgeous beaches, it is said that there is ideally a beach for every mood in Phuket. It’s not only the beaches that appeal, but also the surrounding archipelago that astounds. Easily accessible by a catamaran or a speedboat, islands like Koh Phi Phi and James Bond mesmerize with their golden sand beaches. Characteristic to the Phang Nga Bay are the sheer limestone karsts vertically jutting out of the emerald green waters. This idyllic beach comprises of 100-metre-high cliffs on all three sides.

Phuket’s enchantment spreads much beyond its turquoise waters, through its wondrous old town buildings or the Wat Chalong for its religious and architectural relevance. The 45-metre tall whitewashed masterpiece statue called Big Buddha is definitely a much-admired cultural destination. The 6km long drive up to the statue gives a peek into the authentic side of Phuket.

The culturally rich and charming old Phuket town has its own unique personality. The Sino-colonial mansions, old world shops, charming cafes are worth exploring and time should be set aside for the same. The night market at Thalang Road was a riot in shopping with bargains in clothes, food, footwear, jewellery and souvenirs. With every trip Thailand shows you enough to be satisfied, yet leaves a craving to return for more! Surely, I do want to return to explore more of its tranquil beauty, enjoy its raucous nightlife, relax in its pricey resorts and chill on its magnificent coastlines. And not to forget, shop till I drop! ■ 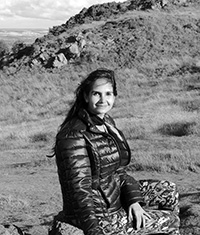