The plan to celebrate my birthday in style, under the backdrop of hills and surrounded by stunning harbours right before the clock struck midnight in Asia’s best city turned pear-shaped. Instead, I extended 4 hours till just before dawn – total of 80km with elevation gain of over 4,000 metres. No complaint about legs, I felt like a champion even after putting a strain on the esophagus and upper respiratory system – that nearly caused my throat tissues to tear. The joy of finishing was never overrated in endurance running when many things could go wrong. 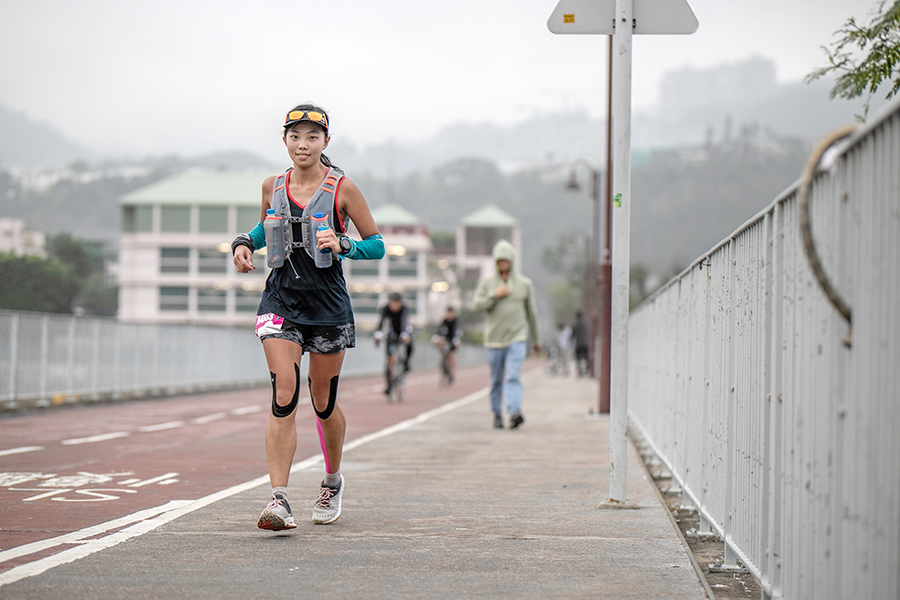 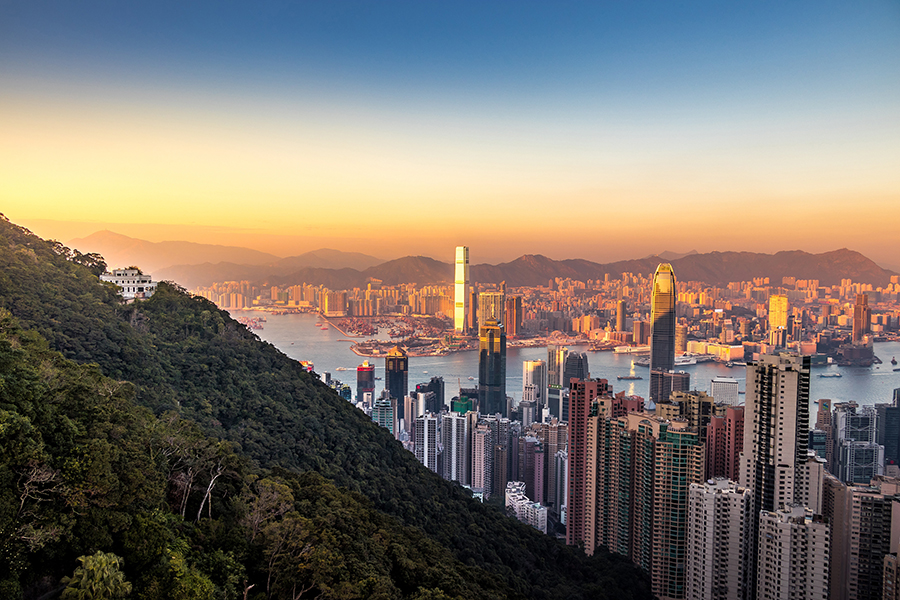 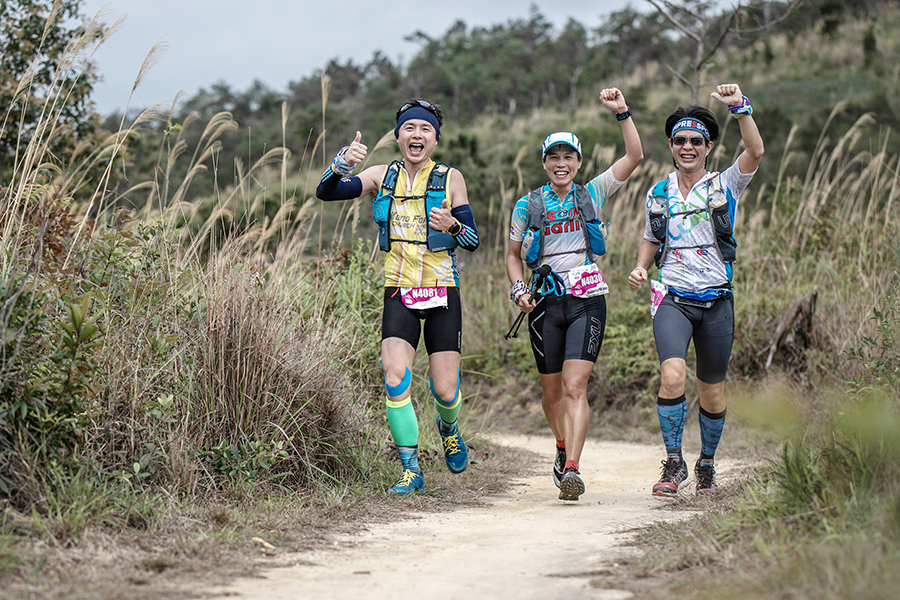 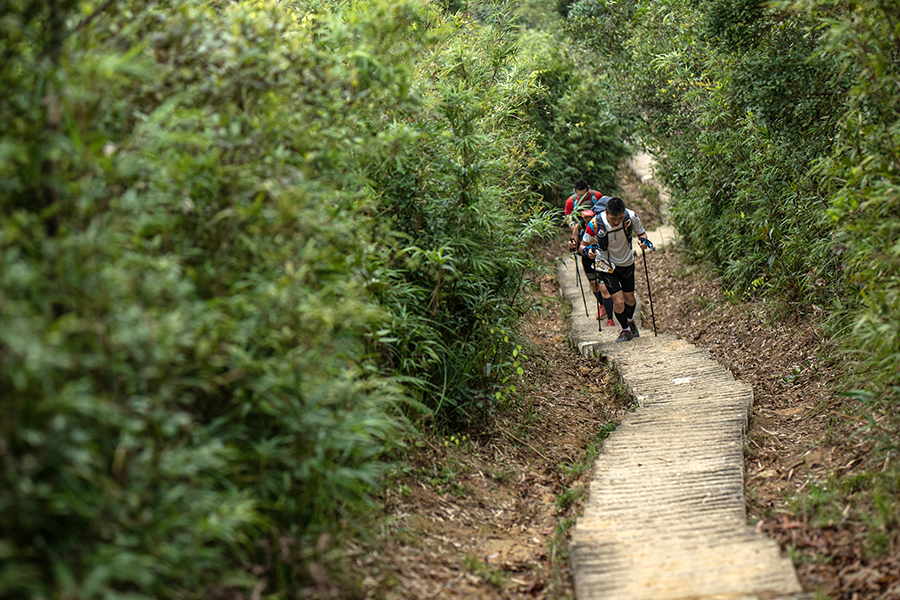 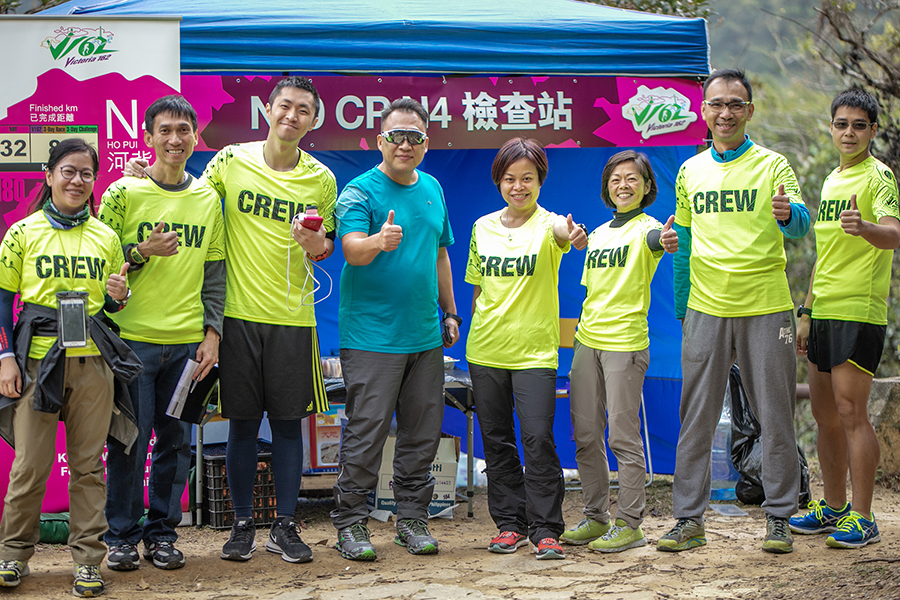 HK Trail Scene
While Hong Kong’s trail running calendar may have reached the ‘breaking point’, I’ve found some unique factors in the Victoria 162 race. Only in its second year in the making, the organiser limited the number of participants as well. I am not a fan of a big trail race which can be crowded, I certainly enjoyed the solitude of being in nature without the need to compete in space with other runners or to manage a bottleneck.
Variety of Route & Races
Thanks to HK’s amazing national parks, reserve and trails, this race brought runners to explore a variety of scenery. I enjoyed the 3 main parks – Shing Mun, Tai Mo Shan and Ma On Shan which were fantastic to experience HK’s amazing treasure. About 40 per cent of its total land area of 1,108 sq. km is designed as country parks and natural reserves. Just beyond Kowloon, lies rugged hills, valleys, and countless stairs – where most of the route connected via the Wilson Trail and the famous MacLehose Trail (aka East Asia’s only National Geography dream trail).
The variety of things to see meant there was never a dull moment. Playful pink-faced monkeys eagerly waiting at Shing Mun Reservoir. Feral cows hiding under trees for shade from the pouring rain at Tai Mo Shan. Nothing to worry when in the trail, except at Tai Lam Forest Track when mountain bikers rushed in one after another as they came in the opposite direction – a bit dangerous on a single trail with a blind spot I reckoned. Apparently, I ran along the bike paths which are one of the most popular mountain bike routes in Hong Kong.
I reached Tai Mo Shan’s Hong Kong Observatory weather radar station, shaped like a white ball – via a paved road leading up to the highest peak in Hong Kong. Poor visibility as rain started to fall, otherwise it would have been a stunning view from the top of what actually is an extinct volcano.
I reached Lead Mine Pass just after sunset, and carried on to Fo Tan, when the scenery suddenly changed. It was great to be in nature for several hours and being away from skyscrapers, but seeing the city lights hinted the finish line wasn’t that far away. I ran into the city, and several times waited for the traffic light to cross the roads. The flat run along the stretch of Shing Mun River was the easiest part of the course. Not long after, climbing a short section with rope and then hiking up a very steep hill climb wasn’t made easy when the rain poured heavily till I reached Ma On Shan. After that things went downhill, despite the rain stopping for rest of the night.

HK Delicacies
A warning to foodie runners – the race promoted Hong Kong delicacies very well. Every checkpoint showcased something truly local. I couldn’t helped but to quickly scan the aid table. They got it all – rice pudding, dim sum, wife cake, siu mai, fish ball, chicken congee, sweet soup, and egg roll. I fuelled my empty stomach for some energy with familiar food such as sweet small tomatoes, bananas, Nutella sandwich and crisp.

No More Coke
Sadly in the last 21km, my mind was only reduced to thinking about vomiting (again and again). It wasn’t food induced fortunately, instead contributed by Coke consumption which wasn’t effective on the stomach during a long race. I shouldn’t have taken them way too early, and way too often. It could also be due to the water-to-electrolyte imbalance when mixing the Coke/water and other electrolyte drink. Constantly vomiting not only ensured my body got rid of the Coke substance (fructose corn syrup as well as the carbonated bubbles) but helped me feel better. But the frequent stopping slowed me down and at some point I simply had to walk. Looking down into the beautiful Victoria Harbour from the last hill I knew I could end this race at Yau Tong (East side of Kowloon) even with a few more puking. My gut is no ironclad, but my will to finish is.

The Crew
The crew in neon t-shirts were very much accommodating and caring. According to Matthew Mok, the race director “most volunteers are trail runners, so they have a good grasp of what the racers would need at any given point”. The crew at Ho Chung checkpoint insisted for me to rest and offered anti-vomit medication (took it but didn’t consume though). And then there’s the lovely crew at the finishing line, who offered ginger tea which helped alleviate my condition.

Do It Again?
I would love to return for the 100-miler race to climb the 3 highest peaks; Lantau Peak (934m), Tai Mo Shan (952m) and Victoria Peak (552m). Also, I like the sound of crossing the harbour twice, once on both ends. If you fancy a multi-stage race, consider the 3 days challenge or check out other shorter races.

Last but not least, I was glad to know that more than 10% of my race fee went to my chosen local charity – Food Angel, a food rescue and food assistance program to reduce food waste, alleviate hunger, and relieve poverty.

Dare to circle around the Victoria Harbour via trail and peaks? Check out the race details below.

Getting There: Fly to Hong Kong direct from Abu Dhabi or Dubai in 8 hours.

Accommodation: Dorsett Kwun Tong, Kowloon is not far from the finish line.

Tips/Gears: Well signposted and country parks have facilities on the site. Waterproof jacket is part of mandatory gear. Poles
recommended and handy at night in area with dogs (for protection).

Aida Othman (@_aidaothman) is a lifestyle writer and content creator behind the website, Slice Of Torch Ginger. An avid ultra-runner, her longest run was the 7 Emirates Run in the UAE, covering 575km in 12 days to raise funds for the medical bills of a toddler born with deformed legs and the only woman to achieve this distance two years in a row.