The eighth edition of the increasingly popular event got underway soon after dawn, the early morning light showing the way for thousands of athletes taking part in the full marathon, half-marathon, marathon relay and 10k races. 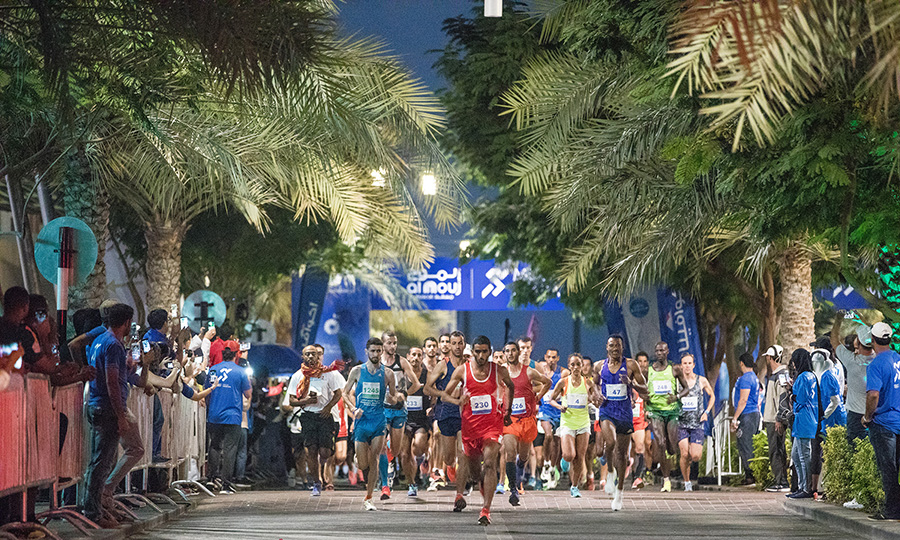 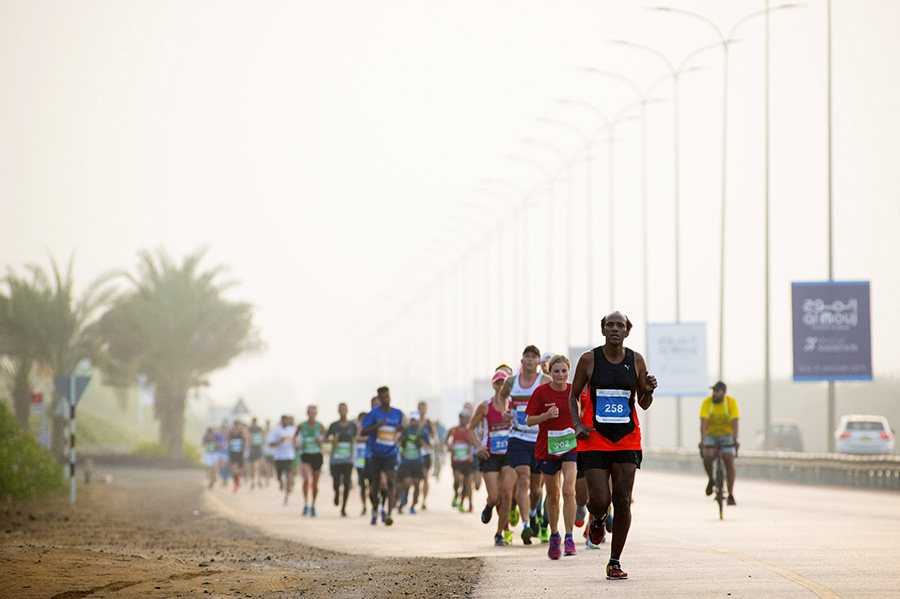 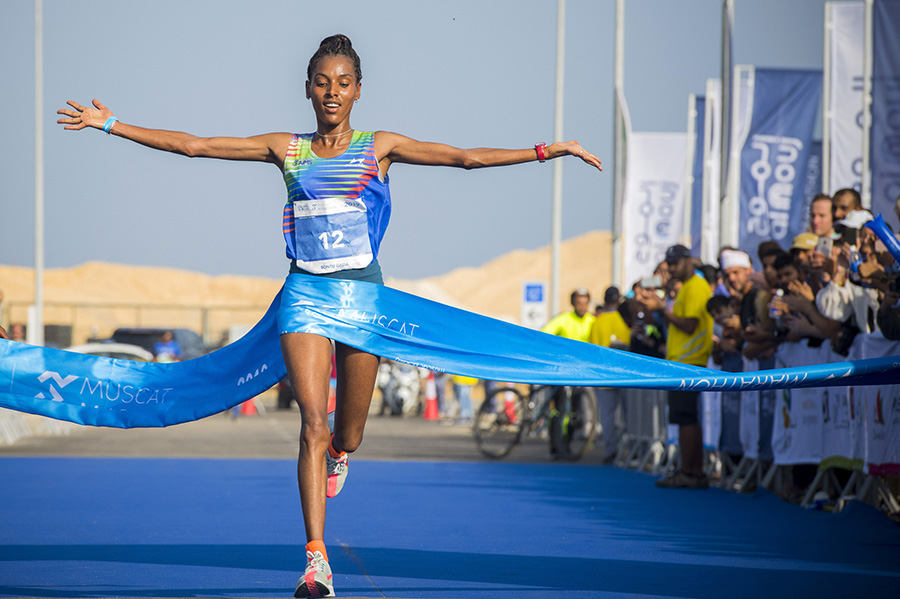 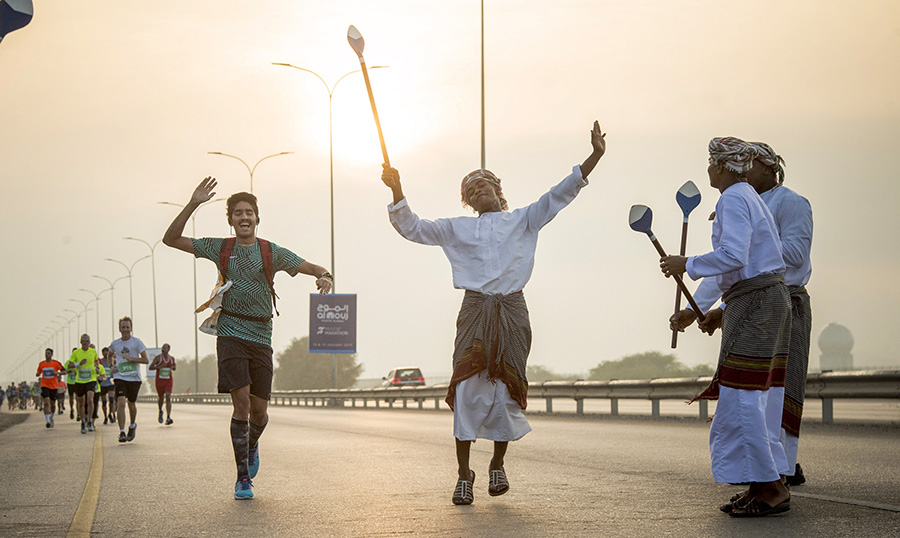 Flagged off by women’s world marathon record holder Paula Radcliffe – an ambassador for the Al Mouj Muscat Marathon – the field took advantage of a windless day and a temperature of 20 degrees.

The men’s marathon race was led by the largest number of elite long-distance athletes ever gathered in Oman, and at the finish it proved to be Kenya’s day with one of the pre-start favourites, Ronald Korir, winning in a time of 2 hours 13 minutes and 36 seconds. He finished ahead of his countryman John Langat (2:15:41) and Uganda’s Jackson Kiprop (2:15:43).

“The race was good and a very good course – and I am happy with my time,” said a delighted Korir. “It is my first time at the Muscat Marathon and I will be back next year.”

The women’s marathon was won by Ethiopia’s Gada Bontu in 2:36:04, a time quick enough to earn her a ninth place overall, ahead of Kenya’s Lucy Ndungu (2:42:07) and Asnakech Mengistu representing Ethiopia (2:43:03) third.

“It was a good race for me and I am very happy – the course was flat so that is very good as well,” said Bontu.

The half-marathon witnessed a neck and neck finish between Moroccan athletes Noaman Elassaoui and Bouazzaoui Abdelali, with Elassaoui taking victory by less than a second in 1:10:52. Iran’s Morteza Beiravand took third.

The very popular 10k race – with more than 1700 athletes registered – saw local Omani runners show their form, taking the win and eight of the top-10 places.

Paula Radcliffe, who took part in the 10k race, enjoyed the running and supporting other women runners in the field.

“It was a lot of fun though I probably went off a little bit quicker than I wanted to,” said Radcliffe. “I wanted to run in the middle of the pack and I was keen to go and bring the first ladies in as it is great to see women’s running developing so well out here.

“I know it is a big goal of the organisers and it’s something I like to see globally as more and more women are enjoying running and taking it up.”

Meanwhile, the relay marathon event, which attracted a very strong entry of 70 teams, was won by a team from Oman’s Royal Guards ahead of entries from Oman’s Special Forces and air force.

The two day festival of running continues on Saturday with the 5k Charity Fun Run – which has attracted over 2,000 participants – and the Kids’ Run with even more young runners set to take part.

All those involved in the marathon and other running categories have been invited to register their interest for the 2020 Al Mouj Muscat Marathon via the event website at www.muscatmarathon.om/pre-register/ ■