As far as Tai Rubbers are concerned, they have been around for a very long time. Traditional Tai Rubbers rely mostly on the pulsating of the rubber tails to attract the fish. Later versions came with a roll on the action because of the head shape, then came the sliding heads that not only enable the angler to feel the bite more, it also doesn’t let the fish feel the weight of the head of the lure. 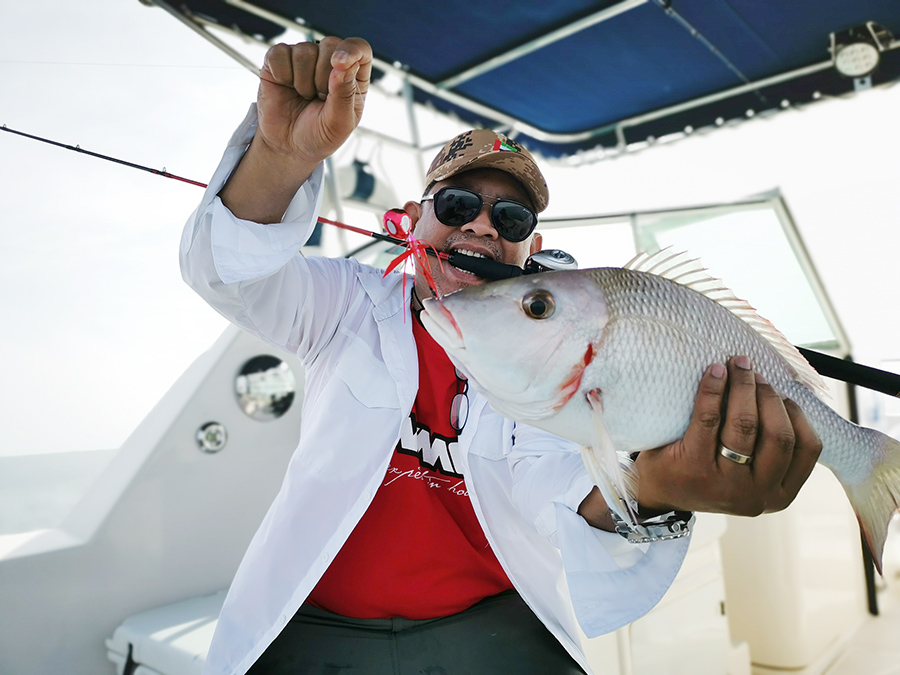 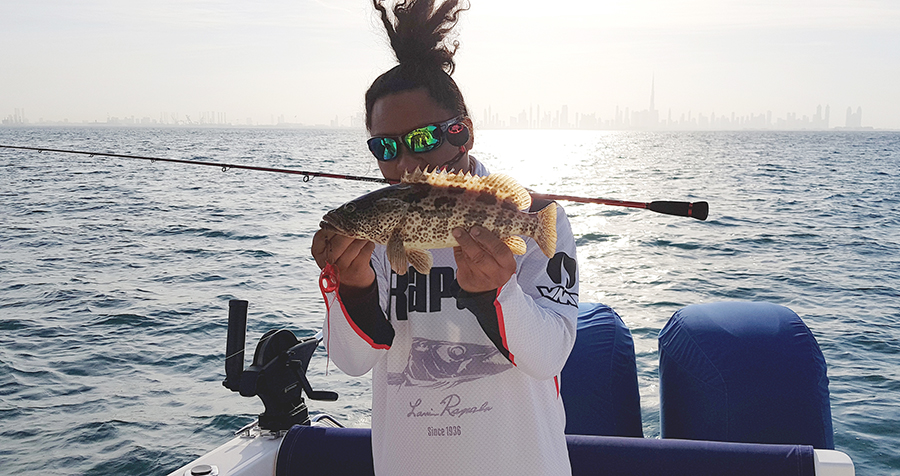 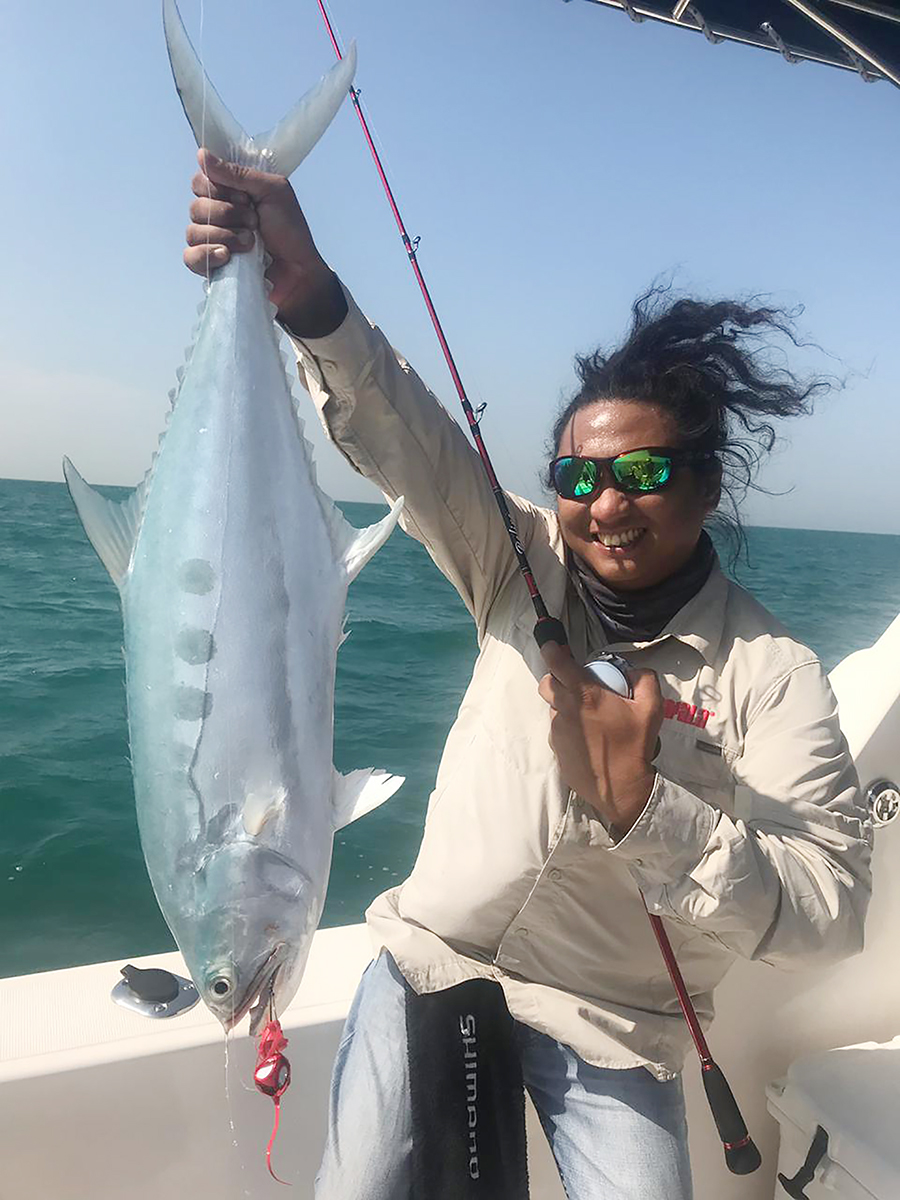 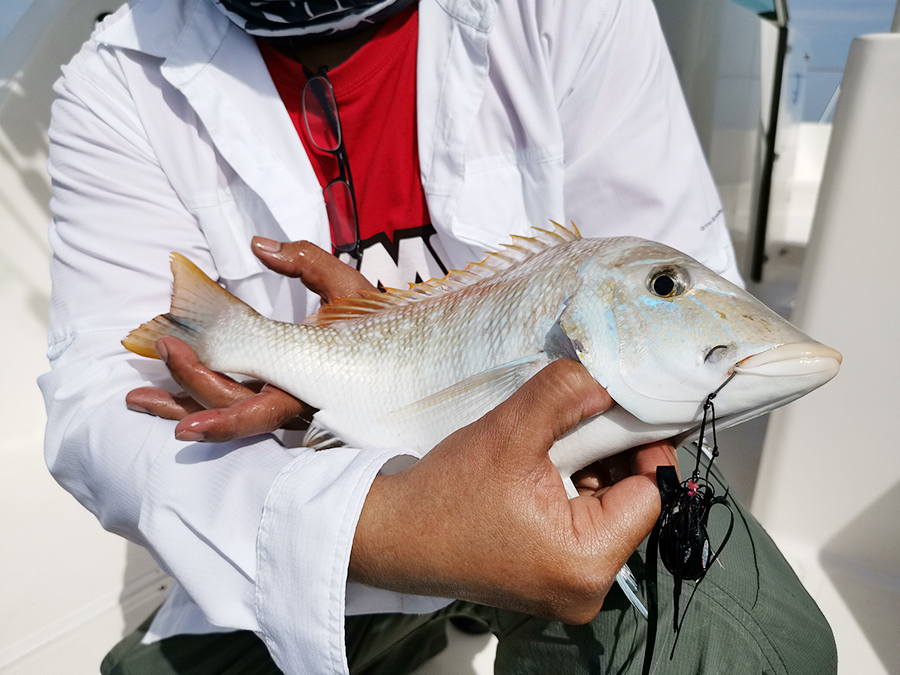 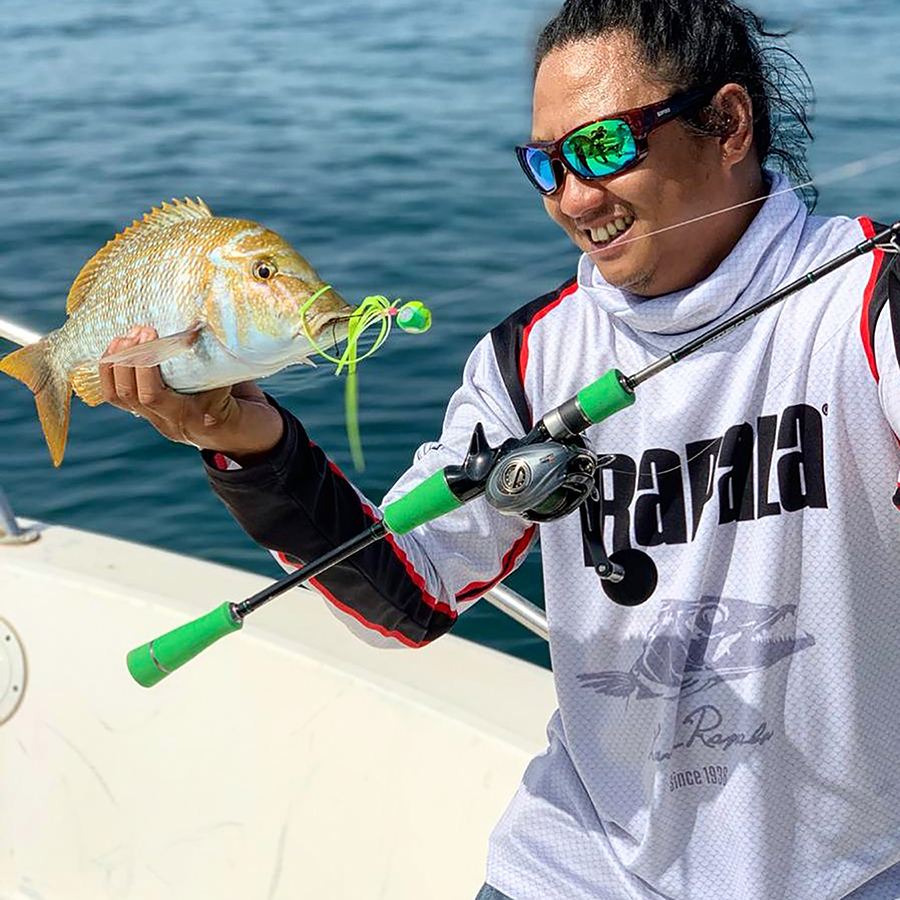 Rapala is a very late entrant to the Tai Rubber game with the introduction of the DOCAN Snapper Ball.

Unlike the rest of the snapper balls, the DOCAN swims! This inherent action of the lure makes it THE EASIEST lure to use offshore. Literally anyone can use it and catch a lot with it on their first ever-fishing trip.

So far I have caught majority of the main species of fish people fish for here in the Gulf, and quite a few that “aren’t” supposed to bite on this type of lure. My favorite target with them however, would be the Sheri and Hamour.

I have been testing this lure out ever since its introduction to its main market. Originally, Rapala only wanted to release this lure for the Japanese market, however, seeing the potential of this lure after extensive field testing around the globe (including our waters here by yours truly) they decided to release it world wide after a resounding feedback from all the field testers!

We are currently editing a how to video and it will be shared on social media soon, so you can see how easy it is to use, quite honestly, I am very excited for children to use this because it’s really something that will make fishing easy and enjoyable.

The two lightest weights of this lure can be used from shore – 40g and 60g versions are perfect for long casts on the beach and again, very easy to use – just cast as far as you can with the appropriate gear and reel it in, you would know the correct speed for the retrieve when the fish just starts climbing all over it.

As far as colors are concerned, you get 8 colors, but the beauty is, the heads and the tails are all interchangeable, giving you a lot of color combinations which won’t be expensive so buying a few of them at a time wont be too hard on the pocket.

You can use it with an overhead, which is my preference, or a spinning outfit. I would recommend a line rating of PE 1.5 and use different size heads according to current speed – the most important thing to remember is that you have to reach the bottom.
So the question begs to be asked – Who can Docan? The answer is quite simple as it is – you can Docan! ■ 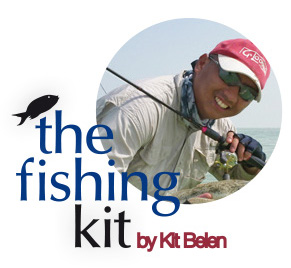