…from a water point of view! The Gov Games is an initiative launched by Sheikh Hamdan bin Mohammed bin Rashid Al Maktoum, Crown Prince of Dubai and Chairman of the Executive Council, in 2018, as a first of its kind government competition to promote creative collaboration and reinforce team spirit among government employees. The official motto is “1 Team 1 Spirit” (official hashtag #1team1spirit), to highlight the teamwork needed to achieve excellence in the professional and sporting fields. This year’s event was open to the general public for both ladies and men’s teams. 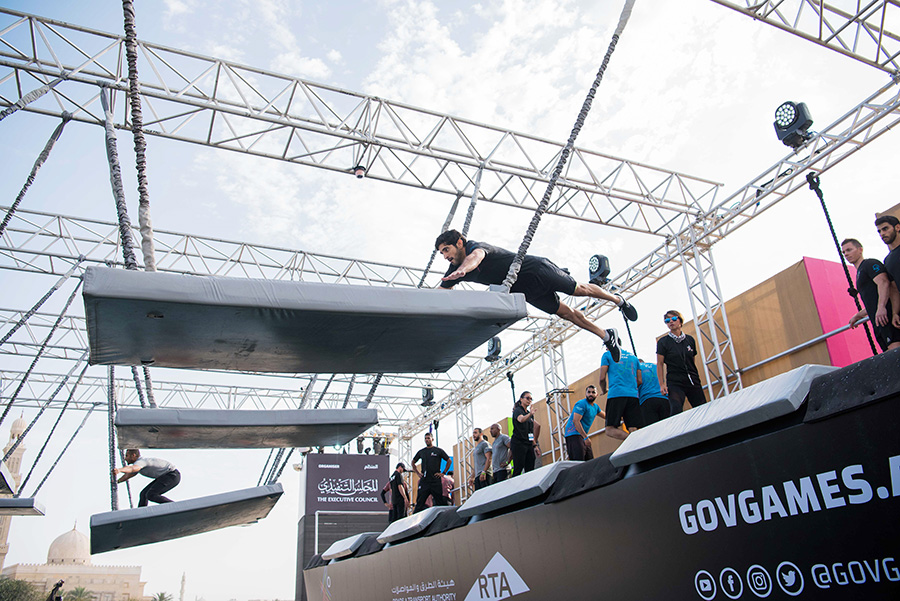 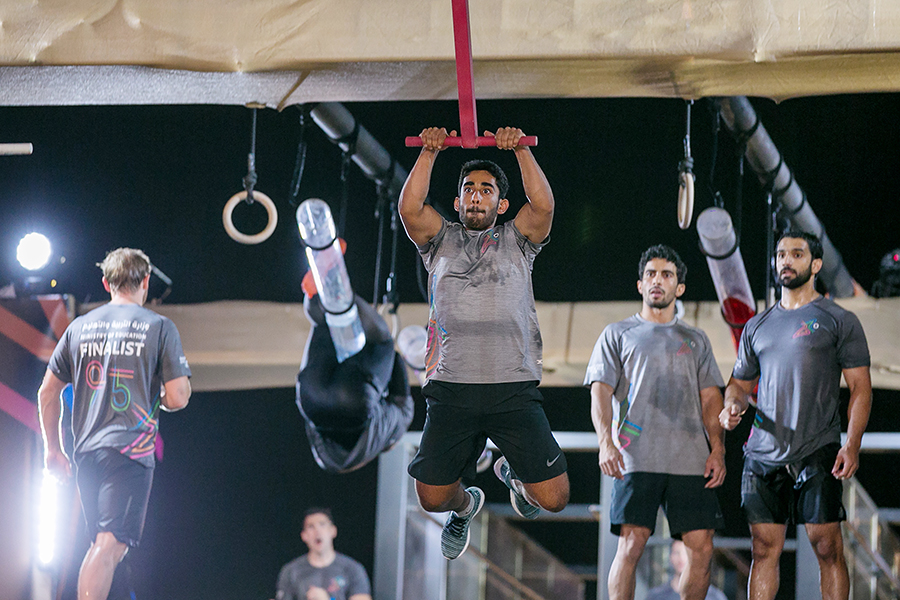 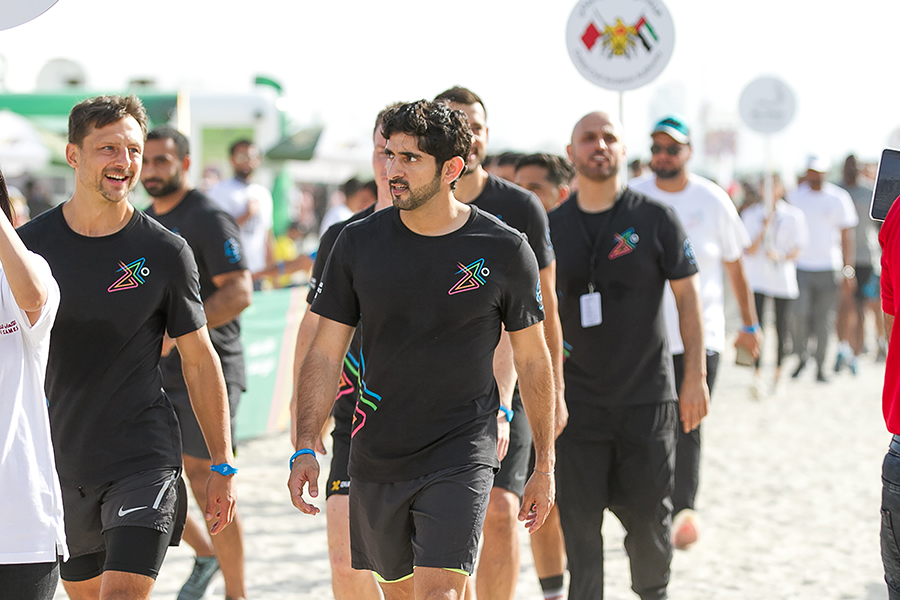 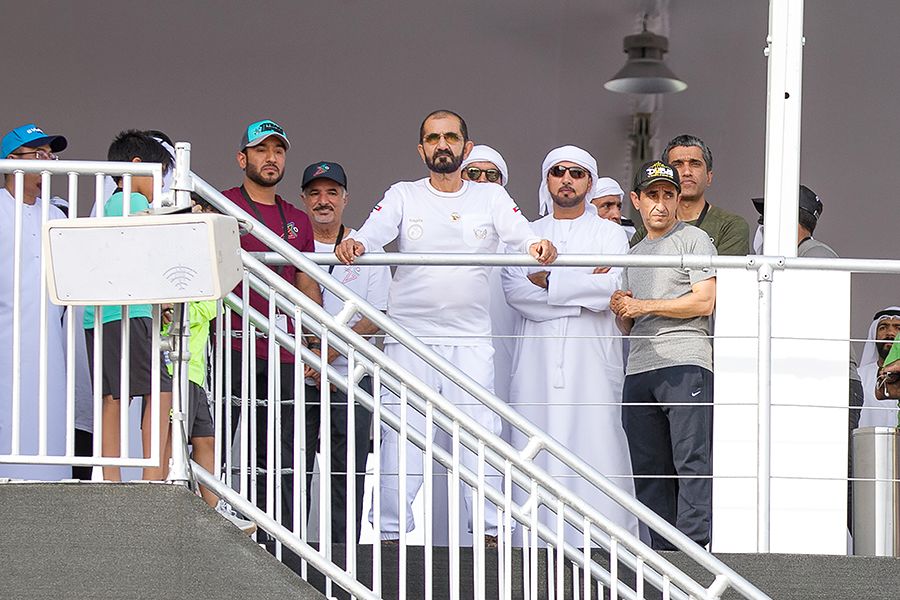 This initiative reflects the philosophy of His Highness Sheikh Mohammed bin Rashid Al Maktoum, Vice President and Prime Minister of the UAE and Ruler of Dubai, who said “sports teach determination, teamwork, respect for rules, and fairness with our opponents”. The Gov Games offer an opportunity for colleagues and co-workers to actually meet and interact with each other outside of the office. Your co-workers become your teammates, sweating and straining alongside you towads a common goal: to complete the course. You push others as well as you must push yourself. It’s exactly this can-do attitude, this ability to succeed, and the desire to win that has built the still young UAE into what it is now. That’s why the Gov Games matter.

The Gov Games spanned over four days from Apr 3rd – 6th on Dubai’s Kite Beach, with a total of 168 local, federal and international teams competing. 80 per cent of teams were returning from 2018 to this year’s Gov Games; international participants from Saudi Arabia, Bahrain, Egypt, Jordan, Tunisia, US, UK, Thailand and Armenia have helped expand the line-up of participants to 168 teams – up from 150 teams in 2018. The expanded Gov Games was a collaboration between the General Secretariat of the Executive Council Dubai and Dubai Sports Council.

Sheikh Hamdan, led by example by taking part in the event with his team. He watched the 62 female teams take part in the heats of the Games on the first day of the event, before announcing he was increasing the prize pool. The respective men’s and women’s Gov Games champions each won a top prize of Dh1 million. The second team in each category received a prize of Dh300,000, while third-place finishers received Dh200,000 per team. During the final day F3 men’s team finished the Battleship obstacle course in 24 minutes. The women’s team finished in 22 minutes, but with a ladder to help the climb of the curved wall and less weight to carry.

In the men’s segment Abu Dhabi Police came a close second, followed by Dubai Police. In the women’s segment, Team Dewa was the second team to complete the course successfully in the 47th minute, while Dubai Airports was third. The Battleship course involved going through various obstacles such as climbing a curved wall, rope climbing, passing through tubes, tightrope walking, ziplining, wading through freezing water and seesawing as a team, before working a pole through a maze without touching the sides and finally breaking a cement ball with a hammer to find a key and unlock the final stage. I am also happy to know – while I’m writing this article – that, in the true spirit of the Gov Games, the F3 teams have donated their award prize of Dh2 million to charity.

Saeed Hareb, Secretary General of Dubai Sports Council, asserted that the remarkable local, regional and international participation in Gov Games 2019 confirms the importance of the event as a truly global government initiative and a firm favourite on Dubai’s ever-evolving sports calendar.

There were nine gruelling obstacles for the qualifying round and one major obstacle for the final round; each one has been designed to test the teams’ capacities in several areas including strategy, collaboration, adaptability, mental agility, stamina, balance, strength and endurance.

The obstacles had interesting names such as Aquaphobia, The Human Ladder 2.0, Wipeout, The Trap, The Grinder, Power Drainer, The Weakest Link, Alzheimer, Breathless and Battleship. Eight of them were water-based obstacles, and collectively contain more than four million litres of water.

This year I’ve got the privilege to be called as Water Safety Manager, to coordinate the lifeguards’ team. Lifeguards are strong swimmers and trained in CPR/AED first aid, certified in water rescue using a variety of aids and equipment depending on requirements of their particular venue. In some areas, lifeguards are part of the emergency services system to incidents and in some communities, the lifeguard service also carries out mountain rescues, or may function as the primary EMS provider.

One of my responsibilities was to train them for OCR (Obstacle Course Racing), where the main risk is not just drowning, but also water injury/trauma, sometimes with a very limited space to operate and with other participants coming over. Teamwork and coordination are also important for us, that’s why we also adopted the mantra “One Team, One Spirit”. ■ 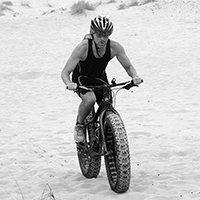