Bosnia and Herzegovina: The Hidden Gem of the Balkan Region

Croatia, and perhaps especially, Slovenia, have long since gained a reputation for being prime fly fishing destinations. Bosnia and Herzegovina, on the other hand, is still rather undiscovered – at least by the international fly fishing community. 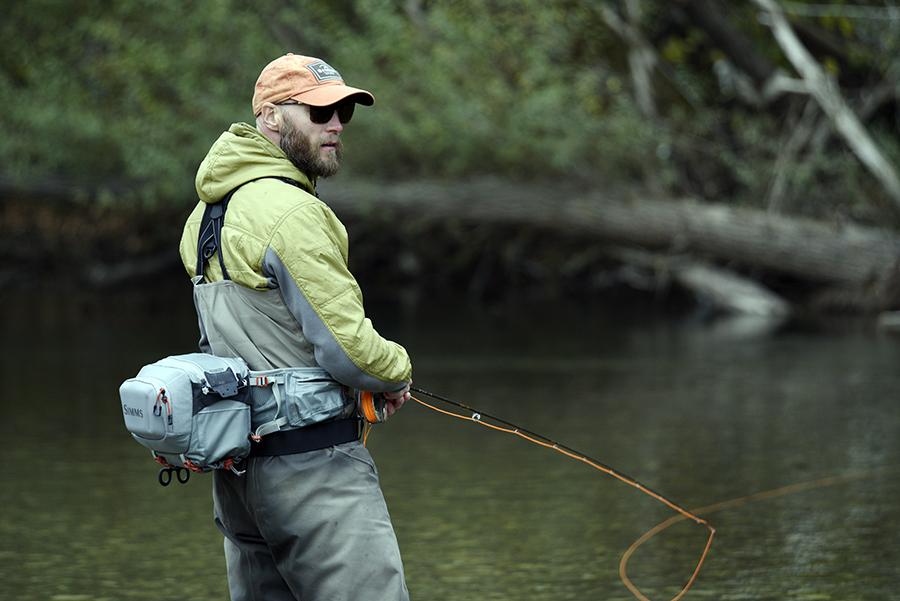 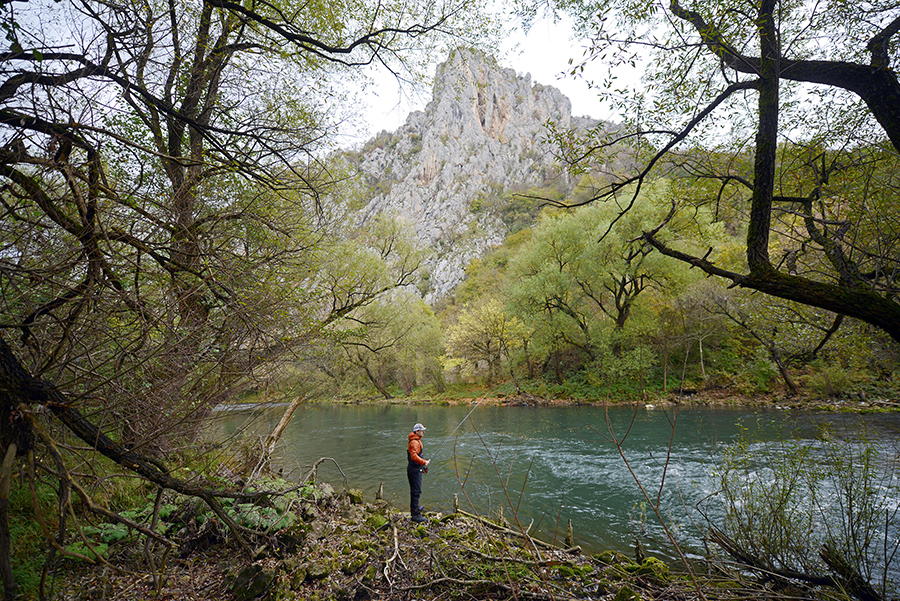 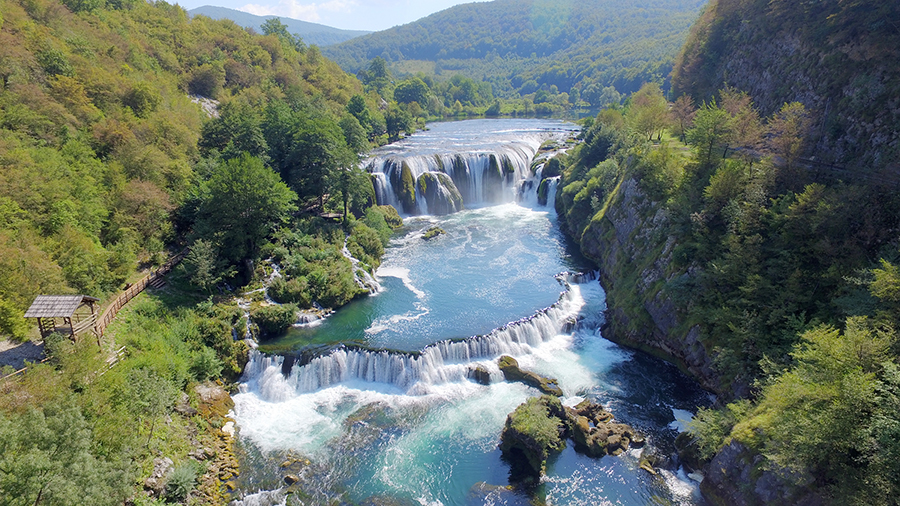 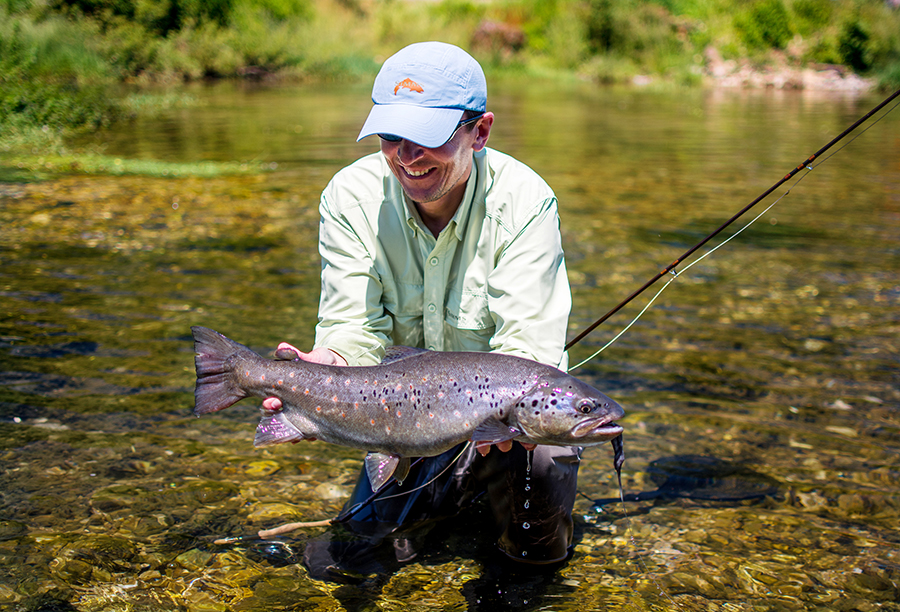 Bosnia and Herzegovina has only just recently started showing up on the mainstream fly fishing radar. Too long in the haunting shadow of the Yugoslav Wars, the numerous pristine rivers in the sparsely populated country have gone largely unnoticed by the international fly fishing community. Rivers such as Una, Pliva, Sana, Neretva and Ribnik are destined, however, to become part of the vocabulary of traveling fly fishing.

Not only are their cold, nutrient-rich and well-oxygenated waters teeming with fish, they’re also among the most strikingly beautiful in all of Europe – being, as they are, meanderingly carved into one of Europe’s most monumental and mountainous reaches.

Admitted, there might be fisheries management issues to be solved in the years to come regarding fishing pressure, stocking practices and habitat protection. But there is no doubt, Bosnia and Herzegovina deserves a spot in the limelight. After all, there aren’t many places in the world with such a richness of endemic trout and salmonid species – species like the Danubian salmon, Adriatic grayling, brown trout, marble trout and softmouth trout.

And there aren’t many places in the world with such a richness of unique rivers – karst and chalk rivers that spring from the ground and form watersheds with a seemingly never-ending succession of waterfalls, canyons and emerald green pools.

During a visit in September 2018, I got to experience some of the fishing Bosnia and Herzegovina has to offer with a group of close friends. Using the newly built and extremely ambient Hotel Kraljevac on the Sana River near Kljuc as a starting point, our skilful and engaged guides – led by Bosnia’s most renowned fly fisherman, Ado-Admir Jeginovic, showed us some of the gems in the region.

First up was Sanica, a tributary to the Sana. In this small, meandering river that pours downstream through a rich culture landscape draped by overhanging trees, we got our first taste of what fly fishing in Bosnia and Herzegovina is all about.

There were plenty of fish. We could see them in the clear water along all the gravelly depressions in the river bed. They were mostly grayling with a few bright red-spotted brown trout thrown into the mix. And they were feeding too; eagerly and consistently – both on and below the surface. Catching them, however, proved an entirely different matter.

Throughout the day, we continued to revise and refine our presentation. The flies kept getting smaller, the tippets thinner and thinner. Once we got to hook sizes in the mid-twenties and started fishing downstream with 8X tippets and short but controlled drifts, the fish finally came to our flies. But they would, inadvertently, switch to feeding on different insects or different hatching stages, once we thought we had everything figured out.

It was challenging and, at times, downright frustrating but each hard-fighting fish was fulfilling and provided us with a heart-warming sense of achievement. They were beautifully coloured, well-nourished and predominantly big: from 40cm and well into the 50s.

The Una was a beautiful sight. The upper stretches of the river, which are managed on a strict catch and release basis, kept us busy for a full day. Here, in the midst of the most beautiful tree-clad mountain terrain, there were plenty of aggressively feeding rainbow trout in varying sizes. Some of them, at one point, had obviously switched from snatching miniscule flies off the surface to preying on other fish and, in the process, they’d grown to stupendous sizes. Casting to these fish became somewhat of an obsession for some of the people in our group, but – despite a few short hookups, we never managed to land one.

Our guide, Ado-Admir Jeginovic, knew the drill, however. And only a few days after returning from Bosnia and Herzegovina, he sent us pictures of a 14kg+ rainbow trout that he had just caught in one of the top pools on the river.

We also spotted a few absolutely massive wild brown trout in the river. They would materialize as big, looming shadows in some of the deeper pools and they sent shivers of disbelief down our spines. Our guides had several spectacular stories to tell about brown trout in excess of 1m being caught in the river. Having lots of easy proteins in the shape of stocked rainbow trout to feast on, these fish weren’t easy to lure, though. And hooking one, obviously, wasn’t the same as landing one either…

The Ribnik is one of Bosnia and Herzegovina’s most famous rivers. It’s short and sweet. Only about 5 kilometres in length, shallow and full of gravel and vegetation – and, not least, fish. Grayling are the predominant species in the river, and they are abundantly distributed throughout the whole length of the river. Native brown trout are also present in good numbers, and at the very source of the river, specimens in excess of 8 kilos can be found.

We enjoyed a beautiful sunny day on the river and had lots of time to single out some of the biggest grayling and cast to the pods of brown trout that were holding in the deeper pools. The hatches were prolific and by the end of the day, we had all gone through our fly boxes back-to-back several times.

During midday, the fish were rising steadily on hatching midges and blue duns. Presentation was key, however, and even the best of imitations was cold-bloodedly studied and cynically rejected if the drift wasn’t just right.

Once again, we found ourselves fishing #22-28 CDC emergers, ants and mayflies painstakingly tied onto 8X tippets. But with such an incredible concentration of fish to be spotted, we managed to hook up with and land a good number of solid grayling up to 55cm – and, not least, a handful of handsome brown trout.

Three fishing days are too few, when visiting a place like Bosnia and Herzegovina. But it was all the time we had. Had there been more time, we would probably have ventured onto the Sana in search for big grayling and brown trout – and we would have spent the wee hours of the day searching for its massive hucho hucho; the elusive Danubian salmon, which grows to more than 25 kilos.

A few of the guys would no doubt have spent some more time targeting the big trout on the Una and upper reaches of the Ribnik – and some might have spun off to the Pliva; another scenic river in the area that provides technical sight-fishing for trophy grayling and brown trout. There’s certainly enough exciting fishing left to provide a convincing argument for returning. And we need not think twice about recommending anyone, who’s fascinated by sight-fishing for trout and grayling, to pay a visit to the Kljuc area and its mesmerizingly beautiful rivers.

Fact File – Fishing in Bosnia
There are several endemic fish species in Bosnia – including hucho, softmouth trout and marble trout. In addition, there are grayling, brown trout and stocked rainbow trout. Given the extremely rich biotopes in the region, the fish grow to immense sizes – and trout in excess of 10 kilos are caught on a yearly basis. They are found in rivers across the country, and some of the most famous ones are Ribnik, Pliva, Una, and Sana to the North and the Neretva, Drina, Buna and Trebizat to the South. Most rivers are managed by local fishing clubs, and fishing licenses need to be obtained locally prior to fishing.

A local guide is recommended, as the fishing can be rather challenging at times. For more information, please refer to: http://www.flyfishing-bosnia.com

Fact File – Logistics
Bosnia and Herzegovina is pretty well-connected with the rest of Europe. One can fly to Sarajevo, the capital city, but depending on, which rivers you intend to fish, it might be better to consider a flight to Split in Croatia. Flights to Split are convenient and cheap, and rivers such as the Ribnik, Una, Pliva and Sana are within comfortable driving range. If you choose to fly to Split, we can recommend the rental car service, Uni Rent, which is conveniently situated at the airport: http://www.uni-rent.net (Their staff happen to be fly fishermen).

Bosnia and Herzegovina is a relatively small country of some 51,129 km2, but it’s very mountainous, and there aren’t many major highways. As a result, it takes about 4 – 6 hours to get from the rivers in the northern parts of the country to those in the south.

Fact File – Hotel Kraljevac
Situated on the banks of the famous Sana River, Hotel Kraljevac caters to the needs of visiting fly fishermen with spacious, balcony-fitted riverside rooms, locker rooms for wading gear, a fly shop and its very own team of fly fishing guides. The hotel is a mere five minutes away from the city of Kljuc, which is situated in the Northern corner of Bosnia – in the Bosnian Federation-part of the country. It was built in 2017 on the banks next to the best hucho pool on the River Sana, and as a result, it is not only a good starting point for targeting Sana’s many grayling and brown trout but also its massive hucho hucho.

Rivers such as the Ribnik, Sanica, Una and Unac are all within relatively short reach – and the guides at the hotel are always fully updated on the conditions at the individual rivers in the area. ■ 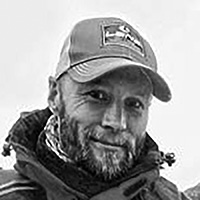