Plan for the hot summer months with a few tips

Summer in the UAE, many anglers think this the time when one cowers from the sun in the comfort of air conditioning. The extreme weather boasts high humidity and soaring temperatures and many start to disregard outdoor activities altogether. Even though temperatures can reach the high 40’s, fishing at dawn and at dusk is quite bearable as the ocean’s breeze offers a refreshing break from the heat. 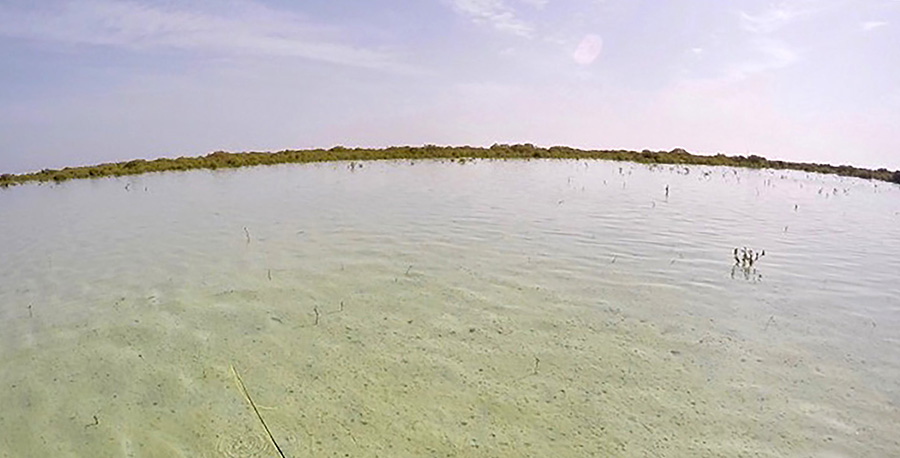 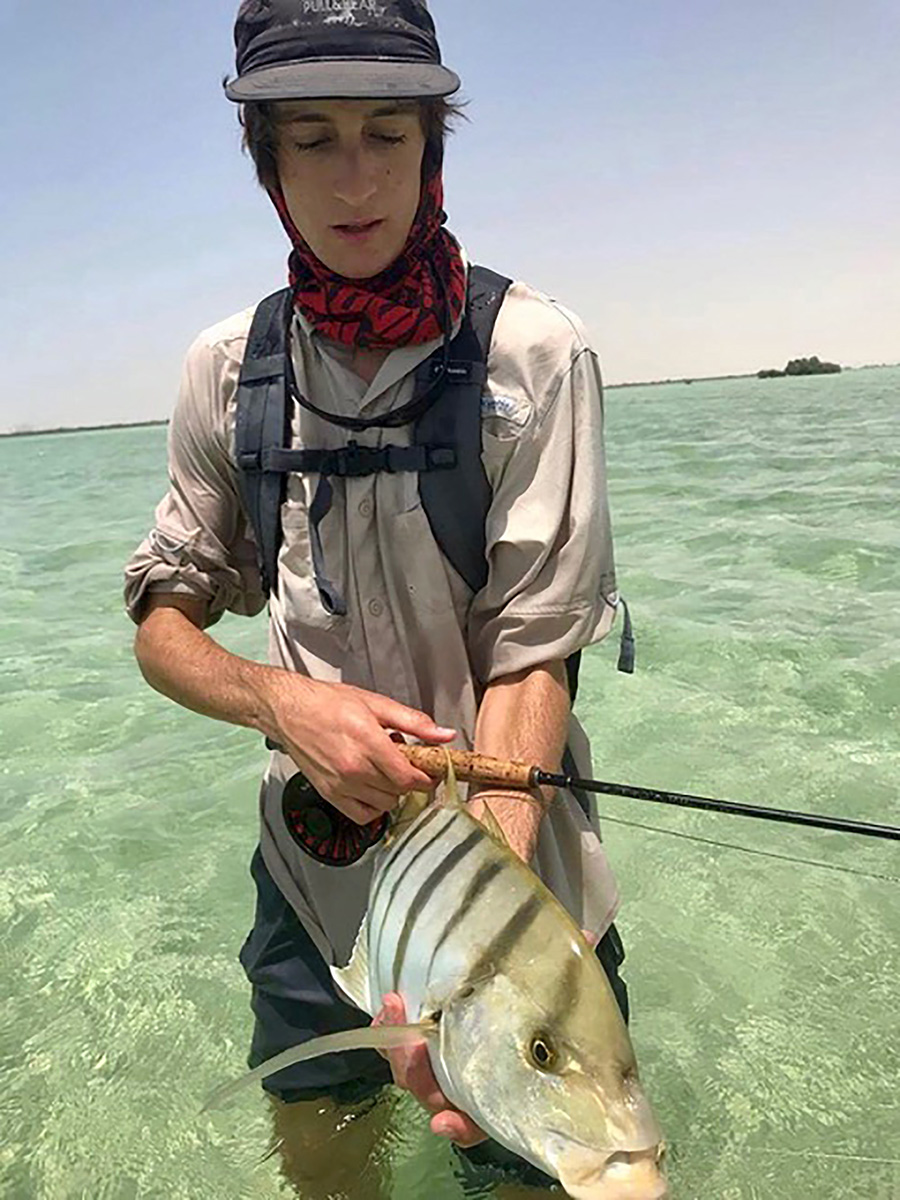 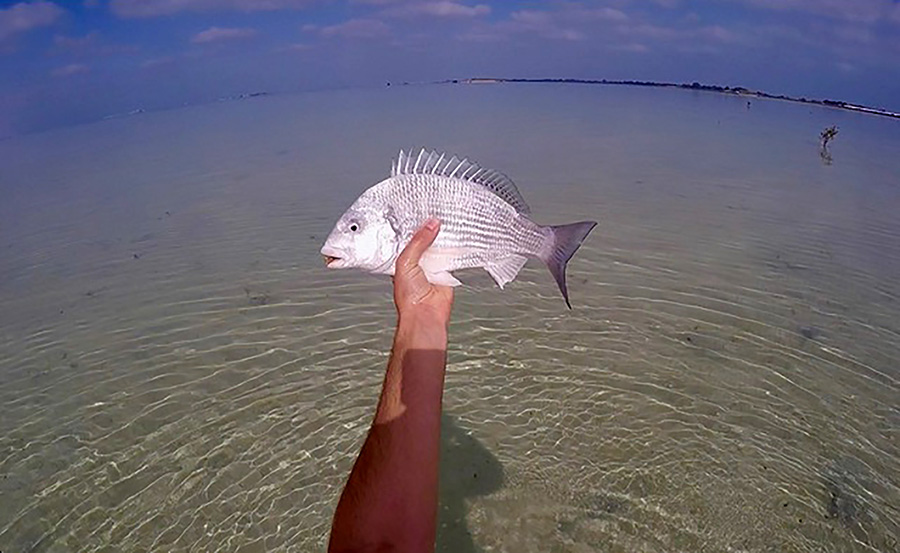 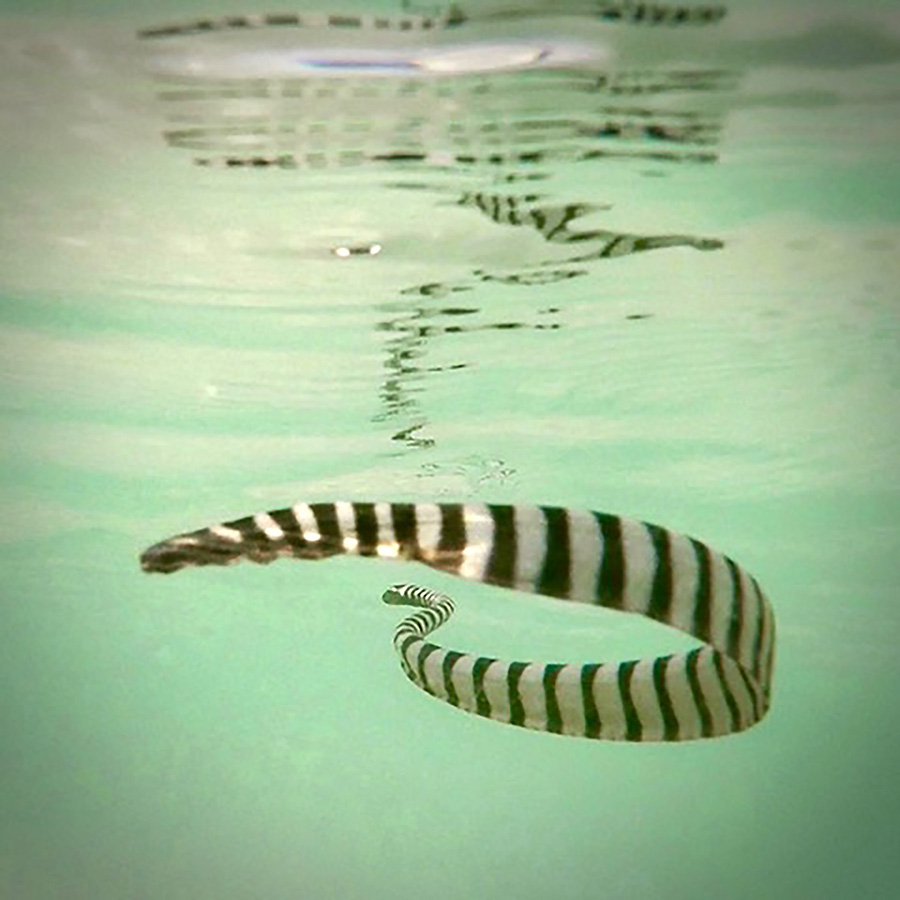 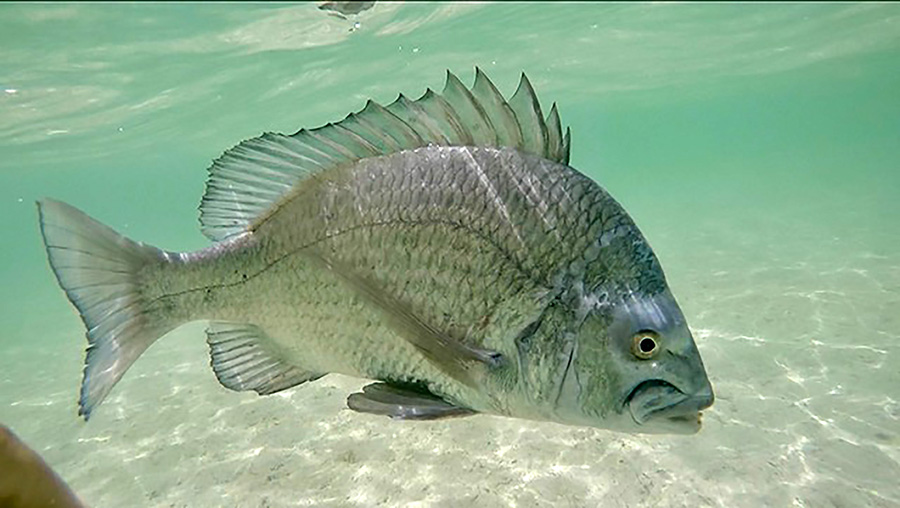 During this hot season I somewhat limit fishing beaches and rock walls and start fishing the Abu Dhabi flats. The flats are a sea bed of sand covered by water during high tide but become exposed during low tide. In the summer these tidal waters contain large concentrations of fish species, sometimes it is almost like shooting fish in a barrel. I don’t know why the flats become so productive during the summer but I will continue to return every season.

I mostly go out early in the morning when it’s cooler arriving on the flat when it’s dry — at around sunrise, which is the perfect time. I also pick a day when the tide is at its highest at 8-9am. The goal is to be on the flats when the water is still pushing onto them, this varies but usually occurs 2-4 hours before peak high tide. When the water rushes onto the flats, the fish are fired up searching for food, this is the time when they are most likely to take a lure. With these timings I can fish during the productive incoming tide as well as the start of the outgoing tide. I normally leave the flats a couple hours after fishing the falling tide to avoid the extreme midday heat.

During the hotter months water nearest to land can come close to the temperature of the air, meaning 30-35 degrees. The water on the flat that’s closer to the open ocean conversely, remains much cooler, this is the area where the majority of fish will congregate. I normally wade the flat until I come upon cooler water, the change in temperature will be obvious, once cooler water is found, I will begin to start spotting fish. In this harsh environment, invertebrates such as crabs, worms and prawns dominate as the prey items for fish.

On calm days when ripples and other disturbances on top of the water are minimal, fish can be seen in knee-deep water 20-30 metres away.

During summer when visibility is this good I use a technique called sight fishing, which is when I stalk the fish without them noticing I am there; I would compare this technique to hunting. You don’t want to be noticed, gentle and slow footsteps ensure you don’t spook the fish, coming within 10-20m is a safe distance where you can place an accurate cast without the fish being able to spot you. Abu Dhabi’s sight fishing opportunity is rivalled by that of locations like the Seychelles. The only difference is the species one can catch. Sure, you might not be casting at permit or bonefish like in the Seychelles, but endemic species to UAE such as bream (locally called shaam), grunter (nagroor) and golden trevally (gufdar) are on a list that don’t fall short in my book.

Spotted grunters are kind of like bream in their feeding habits. They don’t fight quite as hard or are as smart but larger specimens are great fun on light tackle. Bream are an inquisitive, tricky fish that fight hard and prove to be a rewarding catch every time and by using small presentations with thin diameter line you will have a better chance at catching them. Golden trevally will make your drag sing, their runs are long and powerful – even the small ones put up a great fight. These predators will most likely take crab and prawn imitations, although they will take baitfish style lures as well. Soft plastics with scented attractants work the best. Anything that best imitates their prey is a sure-fire hit.

Fishing on the flats no matter where you are, regardless of what you catch, is always exciting. The visual aspect of flats fishing is why it’s so appealing. Seeing a fish react to a fly or lure is incredible, they can follow the lure right to the rod tip without striking or they can hit the lure as soon as it lands in the water. I’ve seen bream follow my fly for metres looking at the action of it along the bottom. When bream are following your lure the right twitch or pause can mean the difference between catching and not. Being able to change the style of retrieve based on how the fish is reacting is vital for successful sight fishing. Seeing this come together for a hookset is mesmerising. Memories of these particular follows on the flats make me keep coming back.

Fishing in the summer on the flats can be precarious if you don’t know what you are doing, so here are a few tips that will make your experience a pleasant one. Firstly, bringing more water than you think you need is always vital, you never know when you’re going to need a few extra drops, I always carry 2-3 litres with me every time I go out. Water is the most important thing you will need while fishing on the flats. As I recall I once ran out of water when I waded too far out on the flat and the tide rose too quickly for me to return to shore, so I stayed out on a sand bar for 3 hours! Luckily, it wasn’t too hot and I wasn’t too dehydrated but if conditions had been worse, it would have been a very dangerous position for me to be in. Secondly, pack light. When carrying 3 litres of water any extra gear will weigh you down and tire you out much quicker, so I pack the bare essentials: 2-3 litres of water, my phone, a battery pack, fishing tackle (line, lures, knife and pliers), a camera and some food. Being in the sun for many hours can leave you sunburnt if you don’t dress appropriately. To protect myself I wear the following; a hat, buff, a light long sleeve shirt, wading boots and board shorts. Lastly, know your limits. If you do not feel comfortable with the heat then do not go out. Flats fishing isn’t for the faint of heart – you need to know your limits, know the risk, know the reward and be willing to accept them all.

Now if the heat wasn’t enough to scare you off then stingrays and sea snakes might. Stingrays are a given if you are fishing the flats, anywhere in the world they are a prolific hunter and scavenger, eating much the same food as bream and goldens. Stingrays are more scared of you than you are of them. They spook easily sensing the vibration in your steps. I have never personally heard of anyone stepping on a stingray on the flats. There is always the stingray shuffle if you feel unsure about a specific area; taking small shuffling steps along the sandy bottom will push on the outer edge of a stingray rather than stepping directly on it, the stingray will swim off spooked not threatened. Wearing flats boots will offer protection from a stingray’s barb, I highly recommend purchasing these vital shoes if you are going to fish the flats.

I have only ever seen one sea snake on the flats. Although ranking as one of the most venomous snakes on the planet, they are docile creatures with their only intent being to prey on the invertebrates and fish of the flats. When I encountered one I saw it swimming a few meters in front of me going from right to left. The first thing I did was back up slowly, ensuring my wake did not disturb it then I moved right knowing it would most likely not return to an area which it had already covered. When you are out on the flats it is wise to always keep vigilant – recognising hazards and addressing each situation accordingly will help keep you out of harm’s way. Being alert and aware of the dangers means you can avoid potential risk and you can enjoy the flats for what they are, peace, solitude and a whole lot of fun.
Best of luck on your next flats adventure. ■