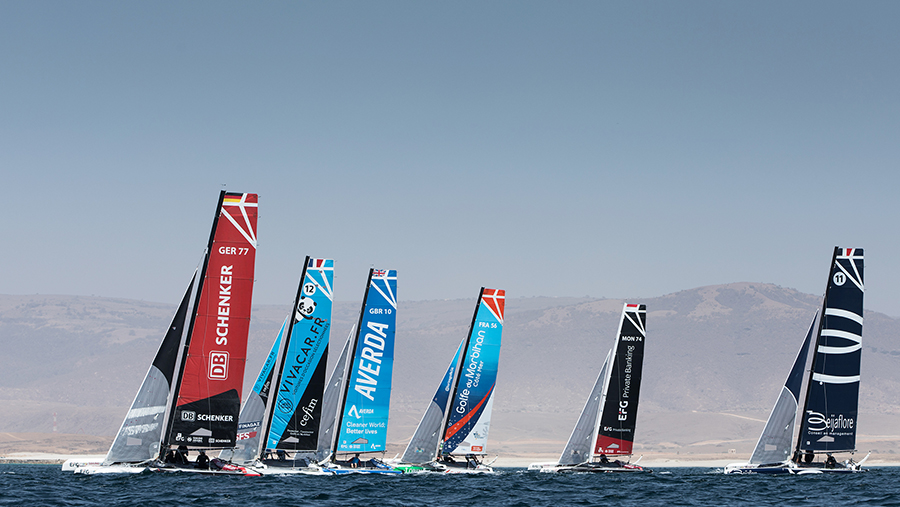 Valentin Bellet’s polished outfit took the spoils in the Gulf classic, revamped for 2018 to feature a fleet of super-fast Diam 24 trimarans doing battle in five long ‘coastal raids’ and five short, intense stadium race series at venues all over Oman. 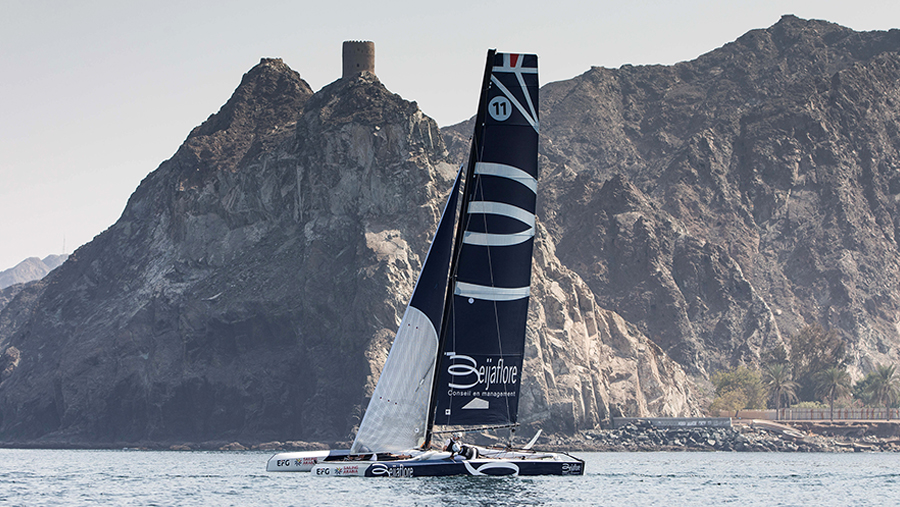 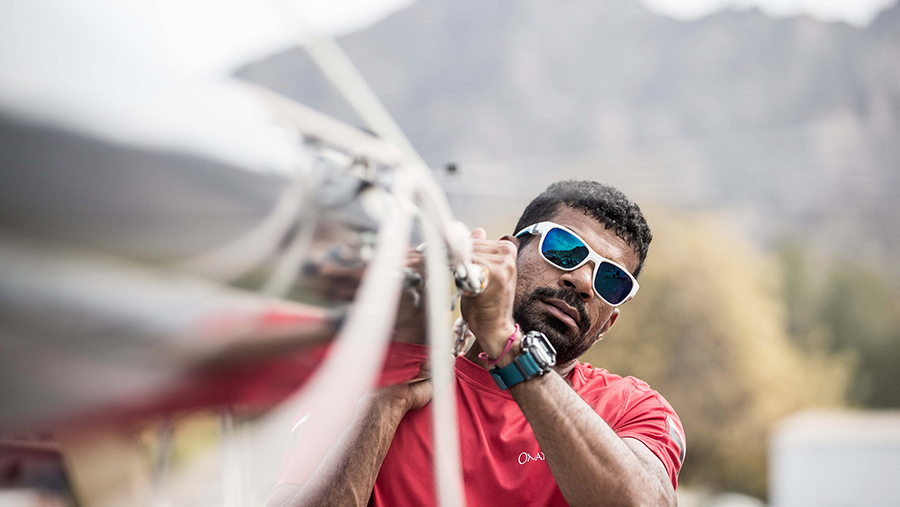 Over the course of the 14 day-campaign, Beijaflore were models of consistency, dominating three coastal raids plus the Salalah stadium racing. 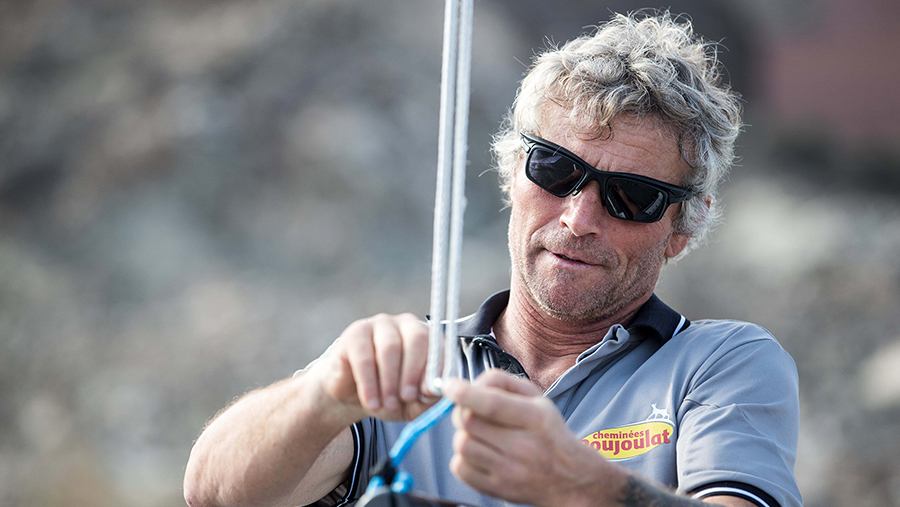 They won a quarter of the 19 individual stadium races held and finished in a podium position in all but seven races – an impressive scorecard as the team now turns its attention to the Tour Voile, the highlight of the Diam 24 season. 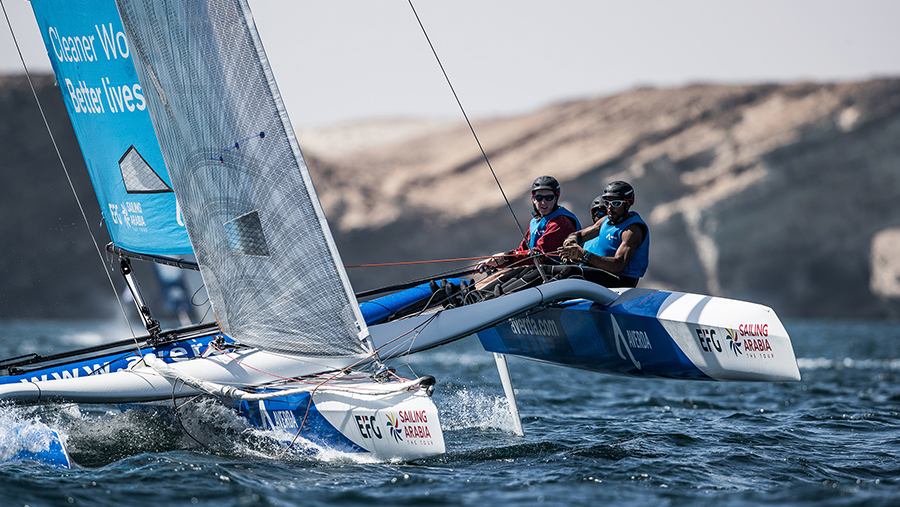 “The whole Beijaflore team is really happy to win EFG Sailing Arabia – The Tour,” said Beijaflore skipper Bellet, 26, from La Rochelle. “We came here wanting to win and we pulled it off. On paper, we have a good advantage but the reality is that on the water it was very close between all the teams.

“We have a very good team, we were well prepared, we fought for every place in every race. This is ultimately what made the difference.

“This event has been fantastic training for the Tour Voile – in France now it is very cold and we can’t sail very often but here it’s possible to race every day against some of the top teams and discover this beautiful country. It’s the perfect preparation for us.” 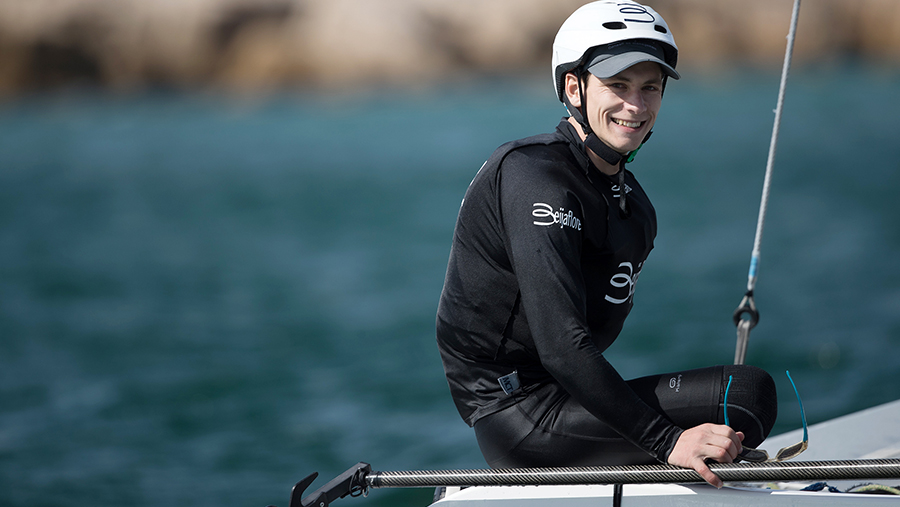 Buoyed by a third-place finish in the 2017 Tour Voile, Beijaflore set an early benchmark with victories in both the coastal raid and stadium racing in Salalah, adding to it with coastal raid wins in Duqm and Ras Al Hadd.
EFG Bank Monaco, meanwhile, started on the back foot with sixth in the Salalah stadium racing series.

French team Vivacar.fr chucked their hat in the ring with a stadium racing victory in Masirah, while Averda claimed the top spot for the inshore action in Sur. 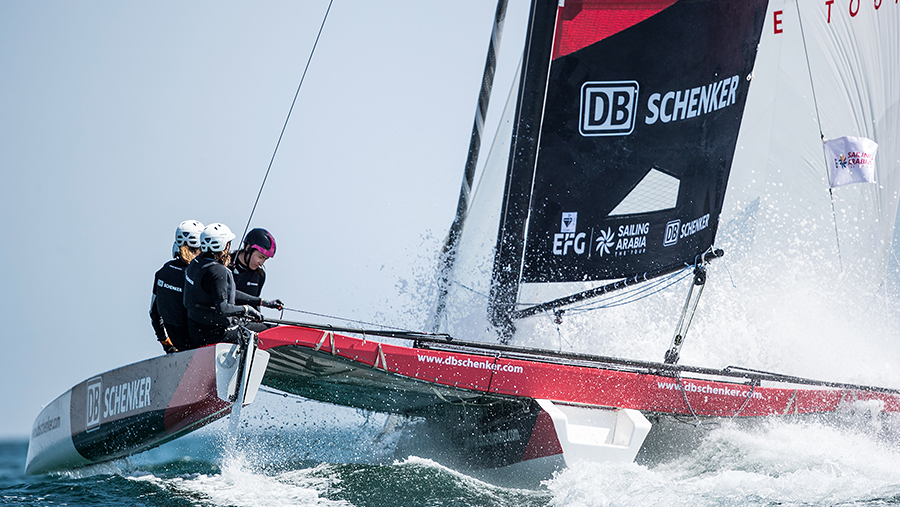 A win in the fifth coastal raid to Muscat’s old town of Muttrah, framed by the stunning Al Hajar mountains, gave EFG Bank Monaco a final boost but by this point Beijaflore’s lead was unassailable.

The final podium positions were confirmed when the fifth and final round of stadium racing was cancelled due to lack of wind. 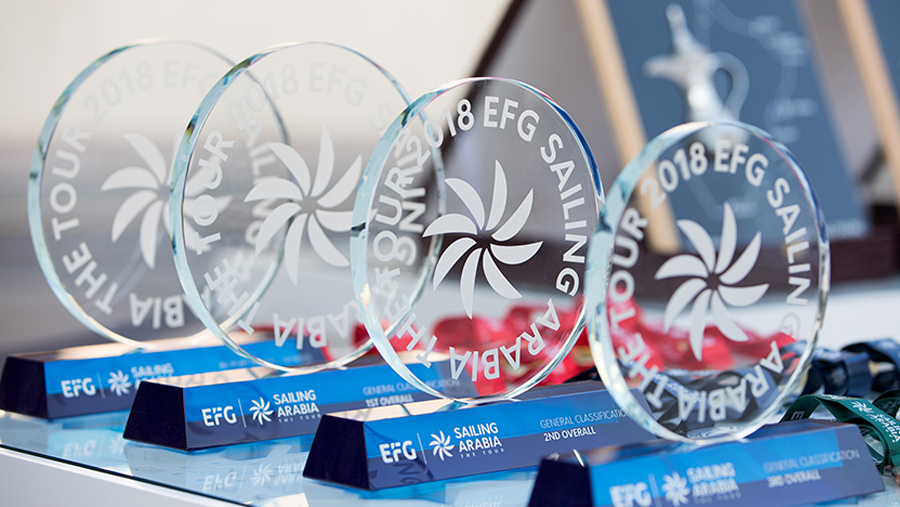 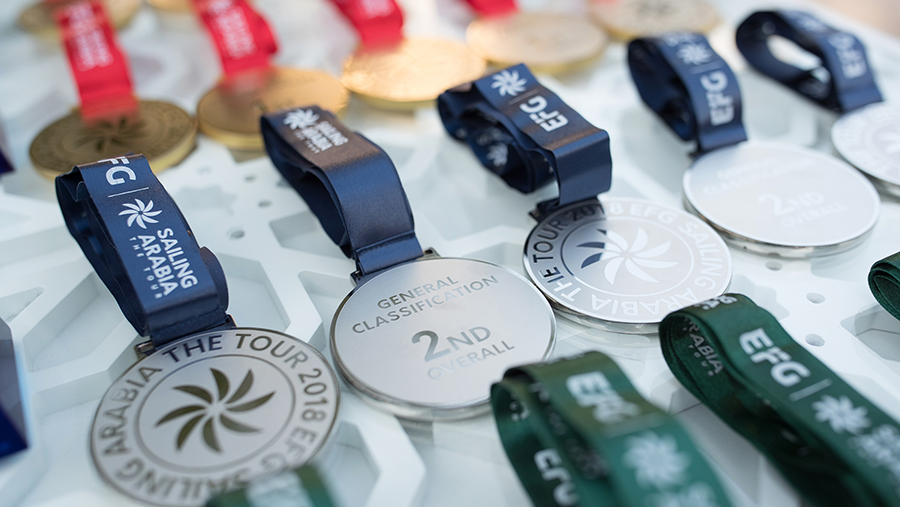 “We are happy to come second – it’s a very positive thing for our team” said EFG Bank Monaco’s Omani trimmer Ali Al Balushi. “We have had a great two weeks together as a team and as a family. 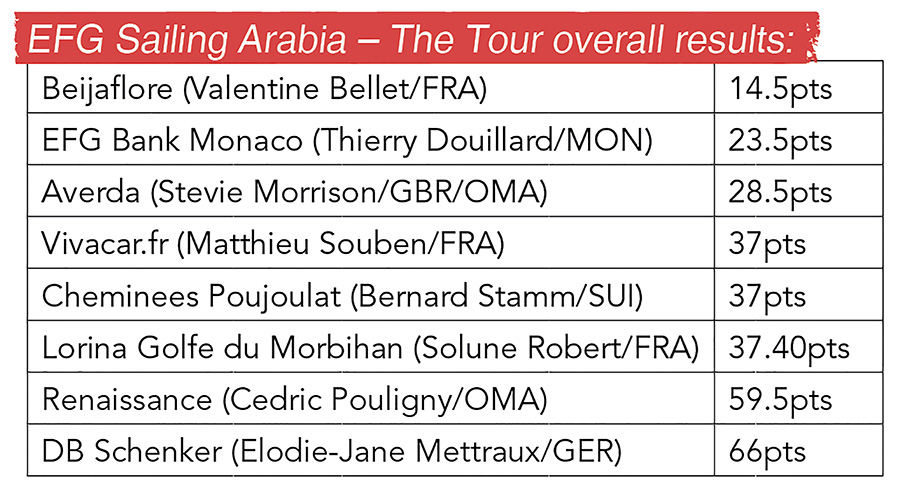 “The racing was very tight and it was a great opportunity to compete against some of the best teams. It makes me proud to have represented Oman and to have been able to show off my country to so many sailors from all over the world.” 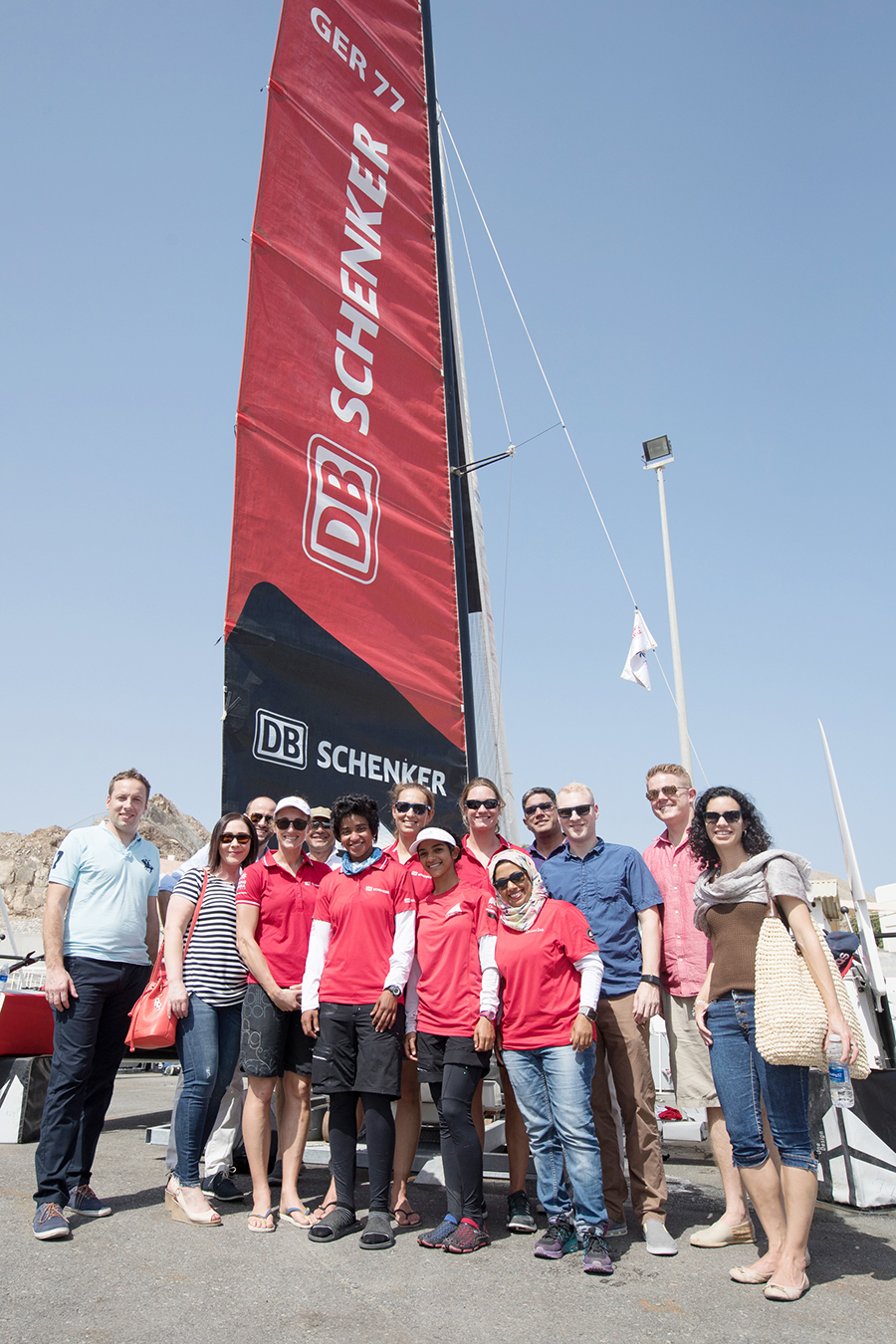 The EFG Bank Monaco crew will now join forces with Averda’s sailors to form a formidable Oman Sail entry in the 2018 Tour Voile where they will aim to improve on last year’s fifth-place finish. 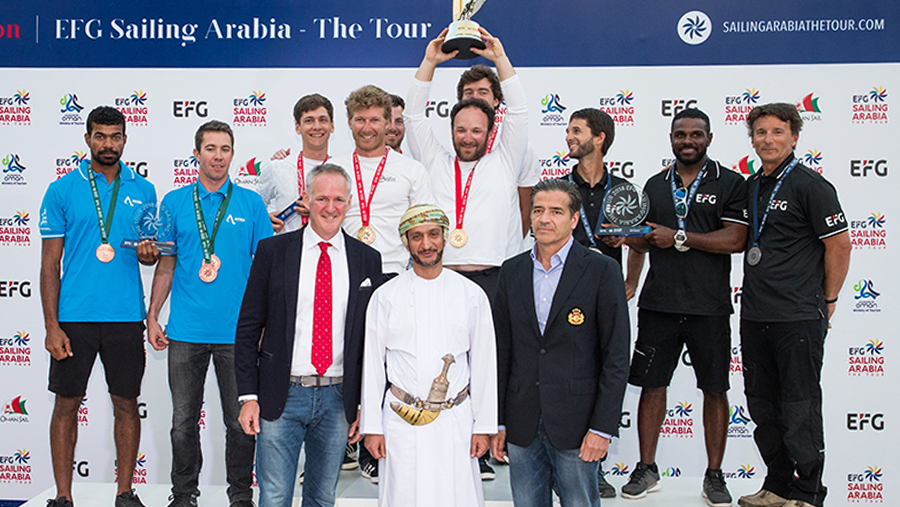 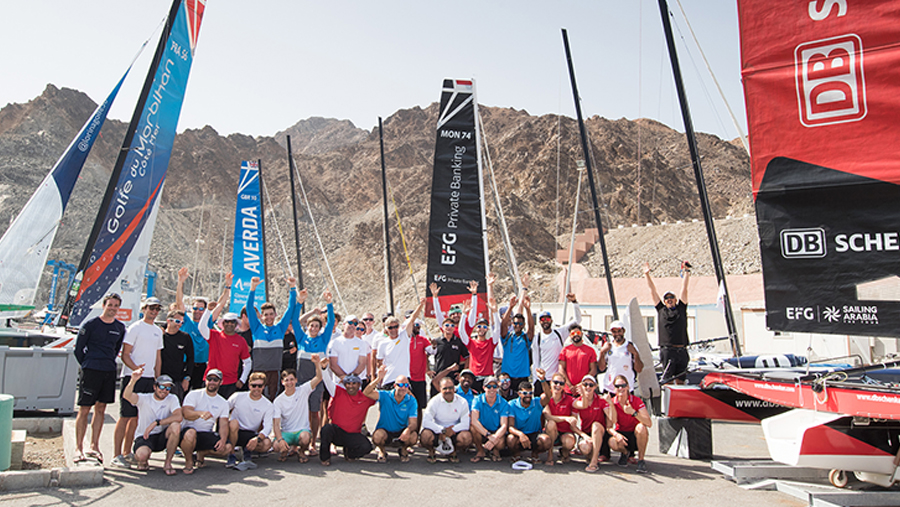 A special prize-giving ceremony to celebrate the achievement of the sailors and the success of EFG Sailing Arabia – The Tour was held at Muscat’s National Museum of Oman.

The awards were presented by His Excellency Sayyid Saud Bin Hilal Bin Hamad Al Busaidi, Minister of State and Governor of Muscat. ■