Sultan of the Groms Surf Competition

This weekend saw the very first surf competition to be held in the Sultanate of Oman. 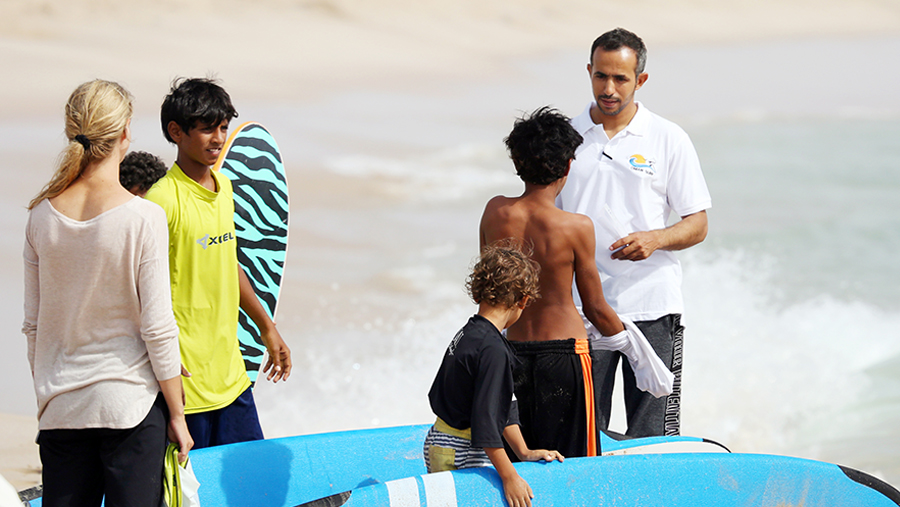 The event, organised by Oman Surf School’s, Nasser Al Ghadani, along with Mohamed Khamis Al Alawi of Sur Swimming and Diving Center, was attended by a crowd of about 100 dignitaries, locals and expatriates, who watched 12 of Oman’s youngest surfers, ages from 7 to 16 years old, invited to battle it out for the crown of “Sultan of the Groms”. Most of the surfers came from Ras Al Hadd, but there was a 2 man team brought down by Oman Sail, some Sur residents and Younis from Germany.

Small but clean waves early on Saturday morning were the ideal size and conditions for the young surfers to show off their skills in front of the Judging team, comprising the Oman Surfers, Conal from Ireland, Marco from Italy and Gee from the UK. 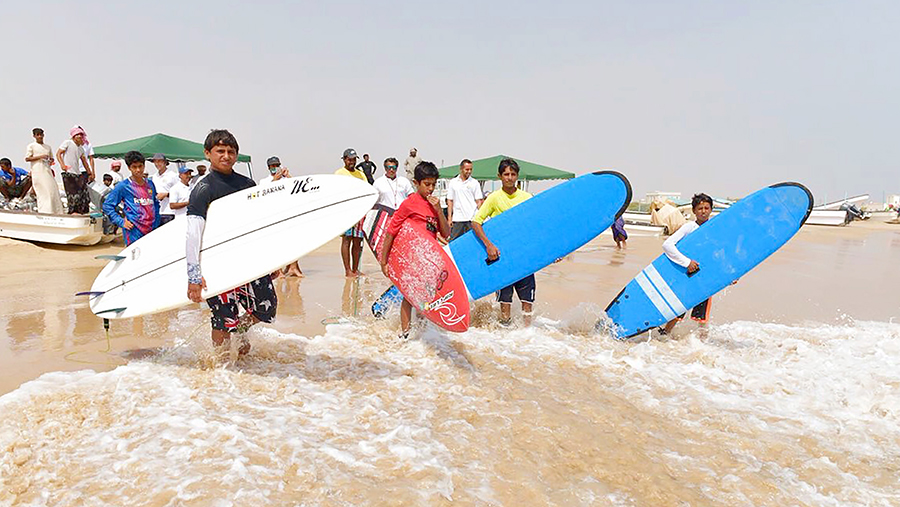 Starting at 8am, there were three rounds of competition, made up of four surfers in each heat, to whittle the competitors down to four finalists,  the top surfer from each heat along with the best scoring runner up.
Heat 1 saw Husain win easily to book his place in the final, Fahhad won heat 2 to join Husain, and they enjoyed a rest while they watched heat 3. The 3rd heat was a close call with the judges split between Abdul Rahman and Khamis for the heat win.  Finally it was of little concern as both would make the final as Abdul Rahman won, and Khamis joined the heat winners in the final with the highest runner up score from all three heats. 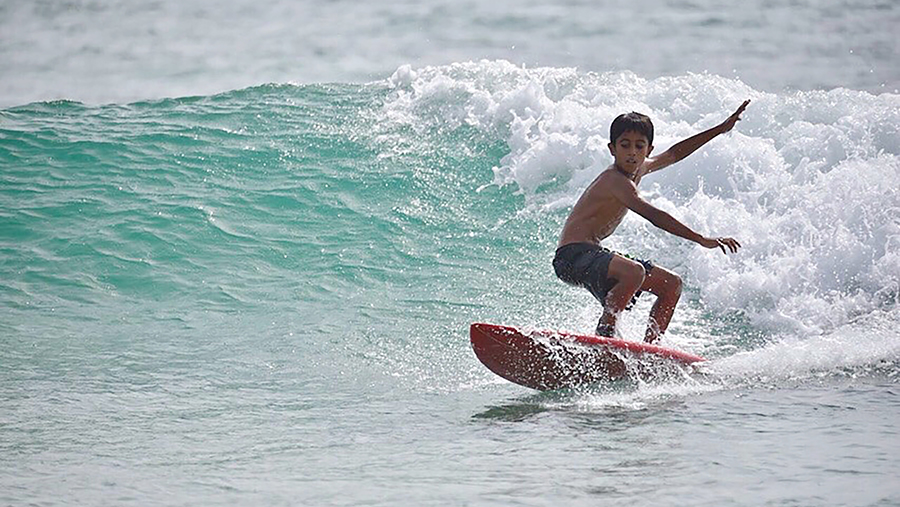 The final was a hotly contested 30 minute heat with all our surfers trading waves and posting excellent scores all the way through, leading to a very close finish. When the final whistle sounded it was a clean sweep for Ras Al Hadd with Husain who took the honors, followed by Abdul Rahman in 2nd and Khamis in 3rd. 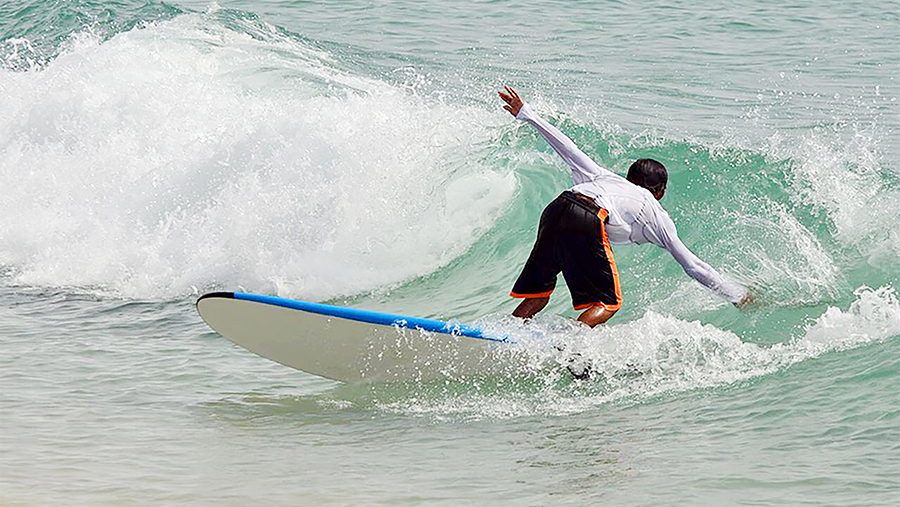 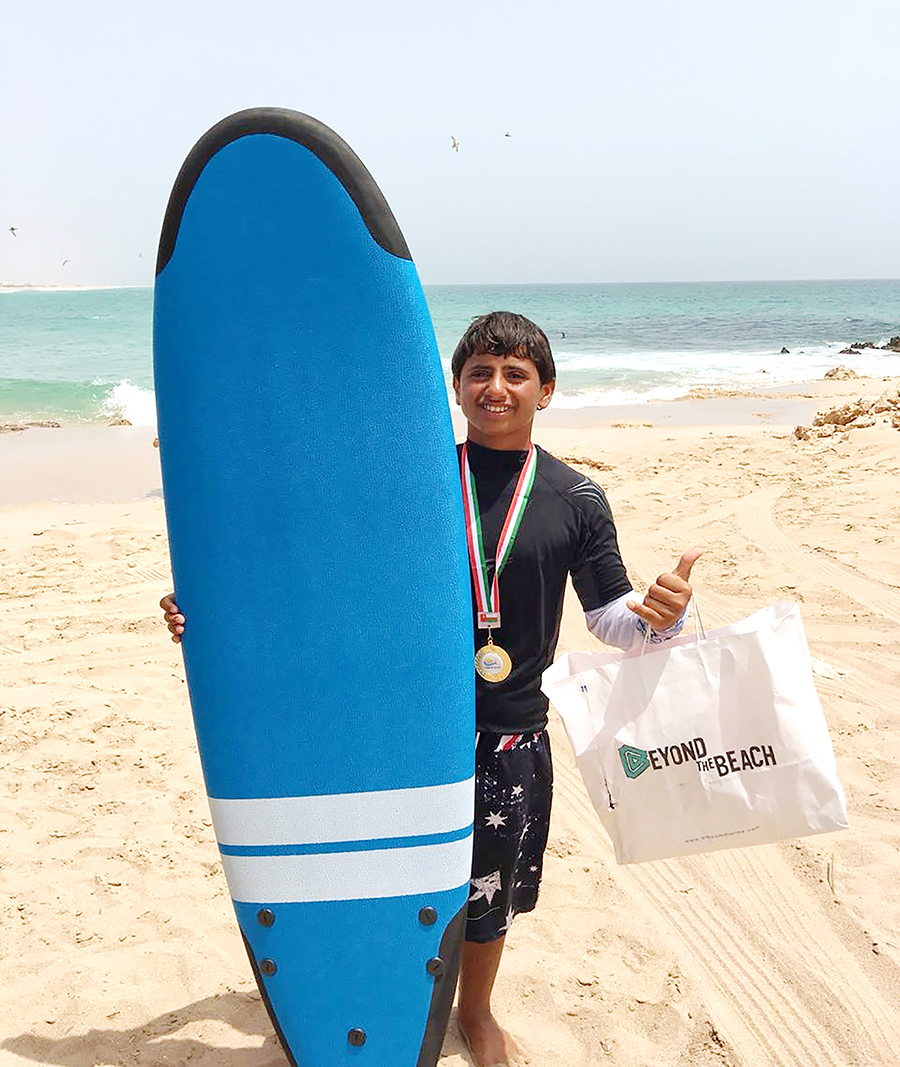 It is hoped that more beach cleanups can be organized all around the Sultanate to help promote and encourage the locals to take a more proactive stance about litter and pollution to help keep their beaches clean. ■

If you would like to get involved in the local surf scene, help put on an event or organise a beach clean, please feel free to contact: