Saudi Arabia – On the tracks of Jacques – Yves Cousteau

Being a passionate diver my travels have brought me already to some beautiful spots on this planet. But I never thought I would consider Saudi Arabia as one of my travel destinations. On my visit home, my dad took out a book from the shelves, handed it over to me and told me that if diving is my passion I should read this book. 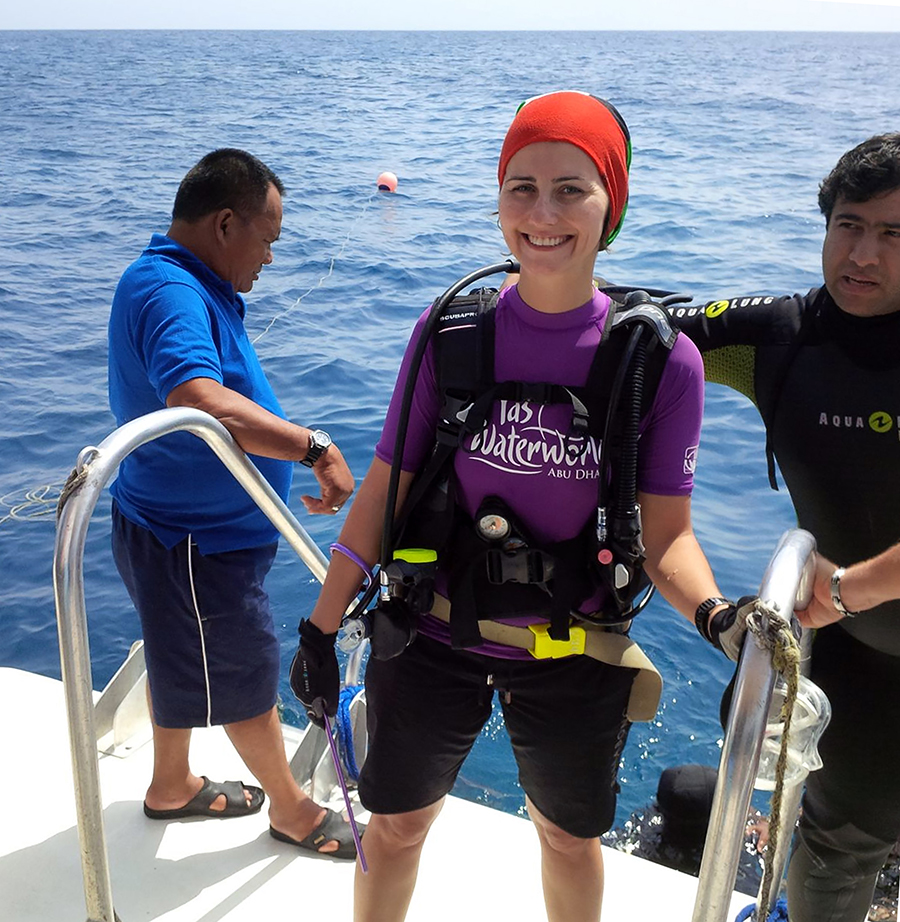 I threw a glance at the cover and read: Jacques-Yves Cousteau – The Living Sea (1963). Jacques-Yves Cousteau was a French naval officer, explorer, scientist, photographer, author and researcher who studied the sea and all forms of underwater life. But most importantly he was the co-developer of the aqualung. Thanks to his invention we can peacefully experience the beauty of a hidden world in the depths of our oceans and thanks to his book my interest in exploring the red sea was piqued.

As per his recommendation, the south of the red sea is the best place to explore virgin waters. Ever since then I have been dreaming about diving there. After a few years trying to organize a trip to Saudi Arabia it finally became a reality. I got the visa sorted and convinced my brother to join me, as he has been a few times already on business trips to Saudi Arabia. Even though he preferred to spend his holidays somewhere else he finally gave in and joined me. Getting the visa for expats is a bit tricky but hopefully, this will ease up a bit with the future plans of developing the tourism sector in Saudi Arabia. 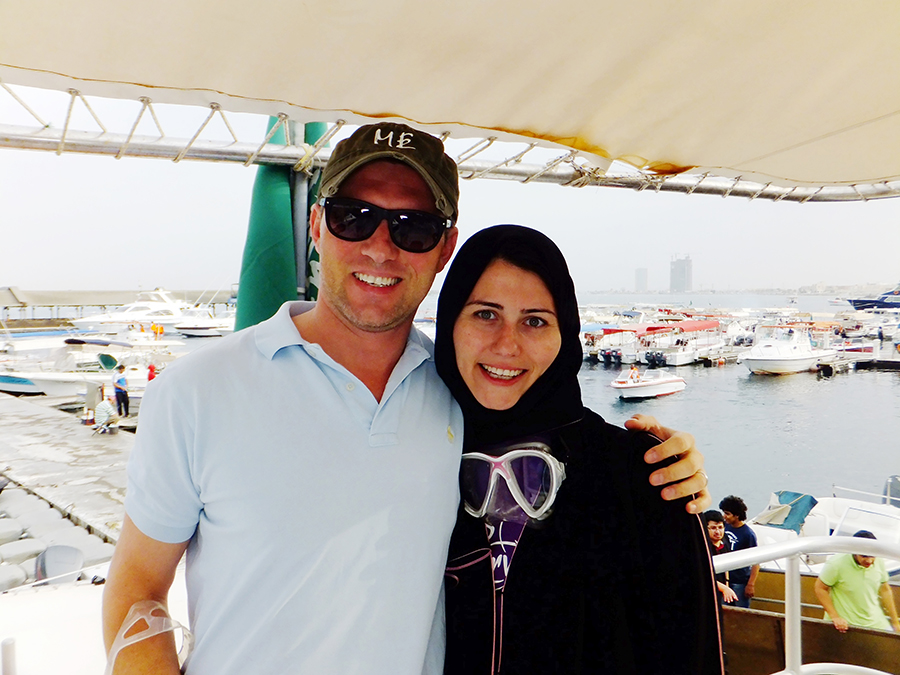 We had to fly into Riyadh first where we met up with some friends. After all, I was pleasantly surprised. From the time we entered the country until we left the place everyone was doing their very best to make our stay as pleasant as it could be. People were very friendly and helpful and it was no issue at all to get around. Even when we seemed a bit lost we were invited to join people until we reached our destination. Unfortunately, there was not a lot of time to explore the city of Riyadh. Nevertheless, the modern architecture with the mix of traditional forts and buildings was fascinating. Especially the Kingdom Centre as well as the Al Faisaliah Centre are definitely standing out.

In the evening we continued our journey to Jeddah on one of Flynas daily flights, the low-cost carrier of Saudi Arabia. The next day early morning we found ourselves on the way to the marina from where we were taking the boat out to the Red Sea. All excited, we were picked up from the hotel and about an hour later we reached the destination. It was a strange feeling to hop on the boat all covered up in Abaya and a little bit uncomfortable handling all the diving gear. But thankfully we had a nice group with us who were helping the ladies and taking care of the equipment and this would only last until we passed by the coast guards. 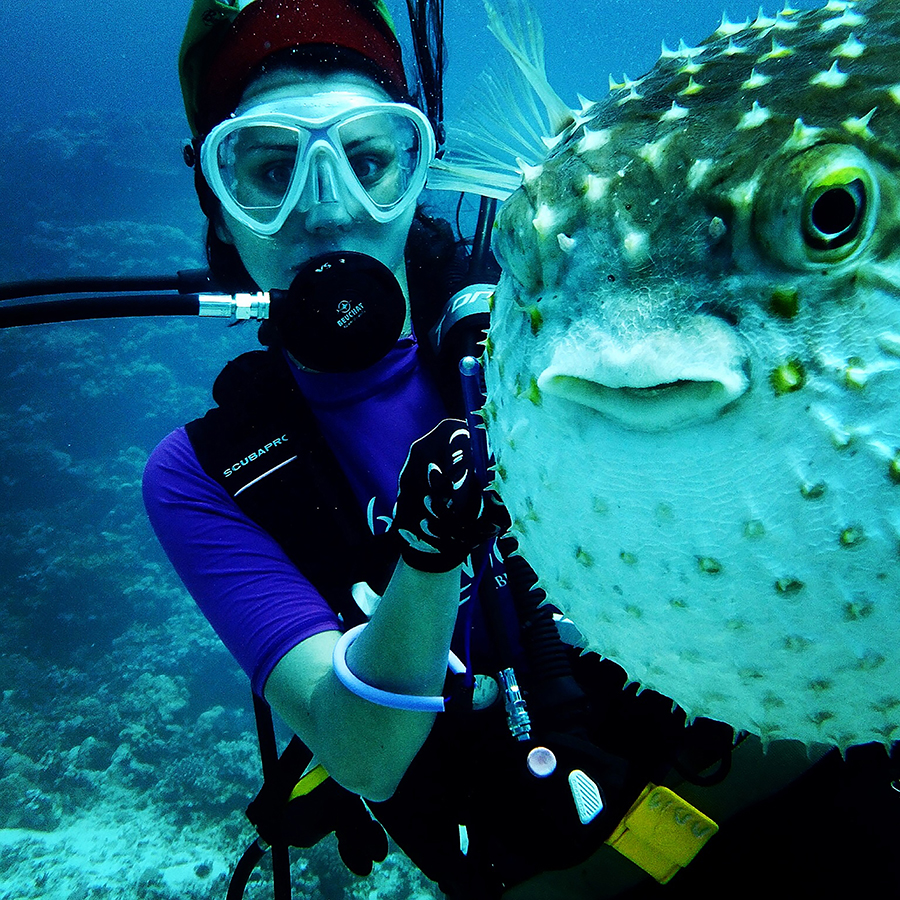 Afterwards, we eased up again and everyone was in their dive outfits. We did not have to drive for long until we reached our first dive spot. Jacques-Yves Cousteau did definitely not promise too much. The visibility is amazing and the variety of underwater sea life just incredible. 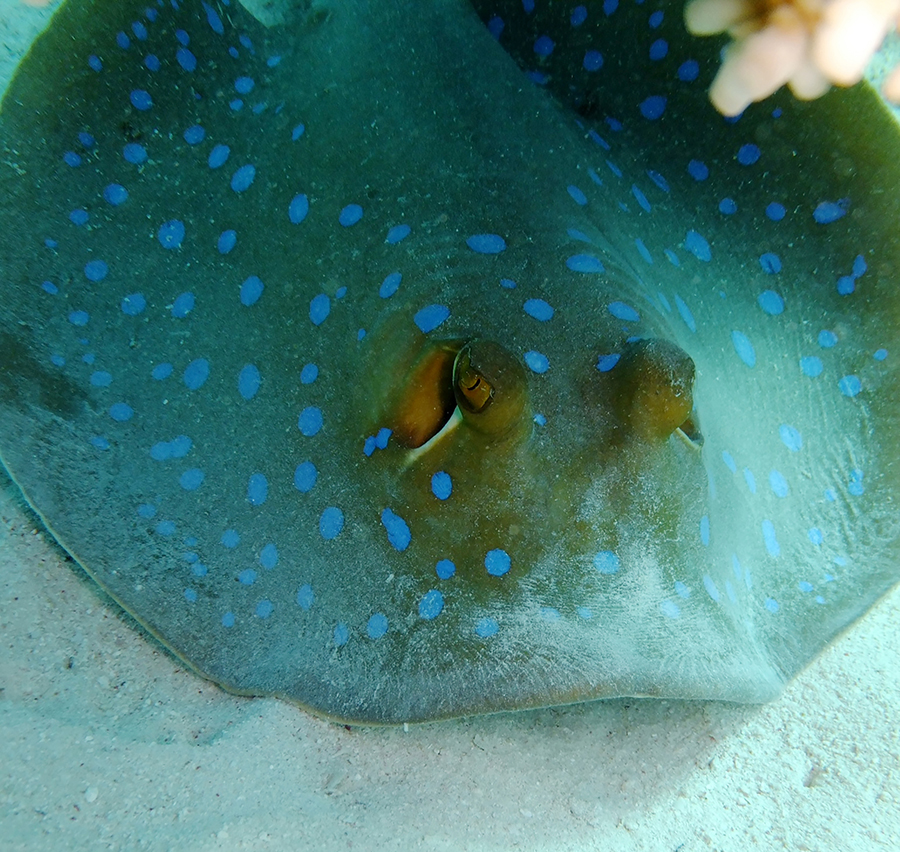 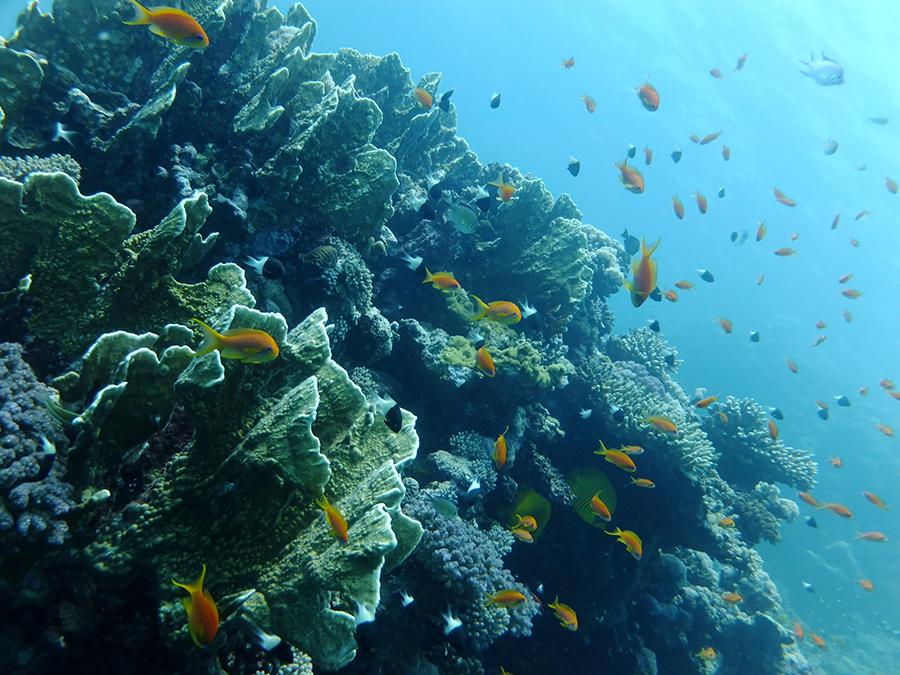 We found so many species in just one dive that I haven’t seen yet in all my dives together. I was overwhelmed and fascinated at the same time that breathing was secondary. But mainly I was so happy that I have finally made it to one of the dive spots highest up on my list. And definitely, it will not remain the only time I visited this place. The next trip is already in the planning! 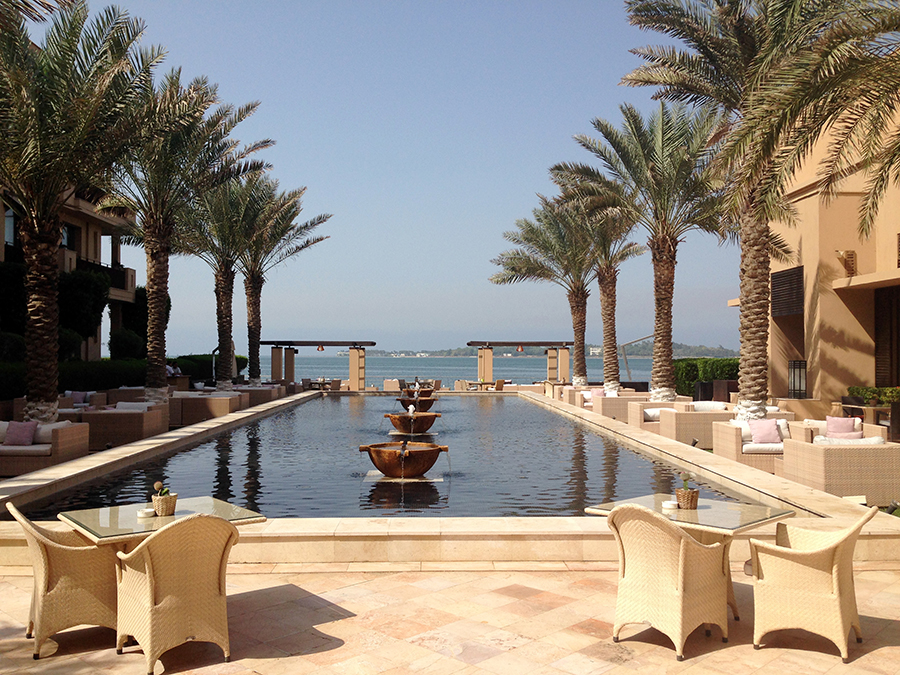 Back on shore, the day was coming to an end. Hungry after a long day out on the sea and underwater we met up with some friends for dinner and shisha at the Corniche.

Unfortunately, we only had limited time in Jeddah as well and were not able to see the old town and heritage area. For the next trip, there will be definitely time planned for some sightseeing. The next day we were already on our way back to Dubai. And thanks to Emirates very comfortably with an upgrade to business class in the A380. Thanks to Jacques-Yves Cousteau who encouraged me to explore the Red Sea from a different point of origin. And hopefully, it will soon be easier for everyone to explore the beauties of the Southern Red Sea. ■