We are a mixed breed of runners: two marathoners, one seasoned all-around athlete, one adult beginner and an 8 year old kid who never ran more than half a kilometer in his life – a city boy. What we have in common is the will to explore and experience new challenges is exactly what this event was about.

Arriving at the parking, we could already see disciplined rows of cars parked away near the main area. We spilled out of our car and went to sign up and receive our packs and race numbers. You could feel the positive energy every time a new group of runners left their car and joined the common start area; excited adults and younglings running around, testing the ground and just being happy to be able to run in a new environment, fathers and mothers with their children, gearing up to run side by side, offer assistance to each other.A beautiful warm up to a magical run.

As the start hour drew near, briefing was held with Pascale from Urban Ultra / Phish Face, a runner herself, explaining rules and particularities pertaining to running at night, on a marked trail, and specifics on the trail we were about to explore. Geared up with a head torch, North Face running tee, Hydro Flask with water (a must) and optional but recommended, basic first aid kit, energy grew amongst the crowd. Points were made about conservation of the environment we were about to scale so no plastic bottles were allowed and any trash we made on the way was on us to take back.

The run was sequenced and so we said goodbye to two of our running buddies who opted to conquer the 10km run and had a 10 minute head start. The remaining three of us chose the sensible five kilometre run and honestly, I was expecting a whole lot of complaining from my son and so I armed myself with plenty of negotiation tactics and motivational speeches. The start line was the last of light we would leave behind, apart from our flickering head torches now ready to go. Right before the whistle went off; a fellow runner asked me nicely if she could borrow one of my flasks as I was wearing a Nathan two-flask running belt and everyone had to carry a bottle. I gave her one of mine and wished her all the best, doubting I will ever find her at the finish line of close to 500 people. In the end, she did find me and gave the bottle back. Be nice and nice will come back to you.

8.05pm came and finally we set off to the cheers of the crowd we were leaving behind. We were the last group to go with the shortest distance. I wasn’t sure what is waiting for us ahead; the initial running pool needed spreading as we started pretty much all at once. A couple of minutes into the run the fast ones led the way and I was comfortably settled with fellow parents and their kids in tow. It was interesting to adapt to the specifics of trail running – your head is down as you need the light to constantly scan where your foot will be placed next. At times, we had a nice flat stretch ahead and kids were challenging themselves, speeding up as only kids can; at times we were forced to slow down to almost a walk, so narrow and bouldered was the path ahead. My previous worry of possibly getting lost was instantly gone; reflective markers were everywhere and as most runners were on the 5km loop, it was impossible to trail off in this crowd. At the half-way turn, we refilled our flasks and nibbled on banana and orange cuts to refuel before heading back down. My pep talk at this point consisted of “the only way is down” and mega cheers for reaching the half point. I was so proud of my little boy! A proper city kid and here he was, running off with another kid, leaving mommy behind to watch from a distance. 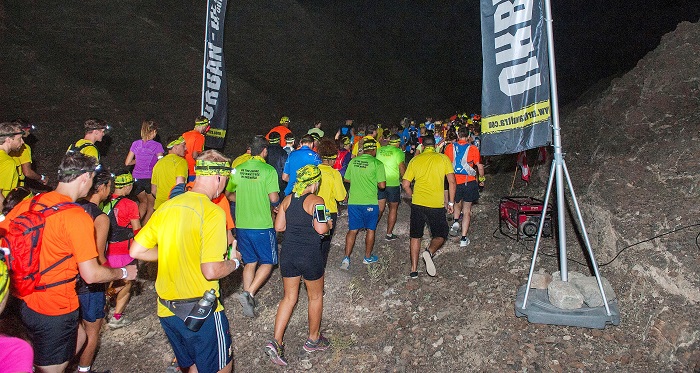 Light breeze cooled us to a comfortable level on our way down and as some of us sped up we witnessed a few accidents too. I have seen a grown man somersault a couple of times before he landed, bravely declaring that everything is fine before limping off towards the finish line. You constantly have to watch your surroundings; one small misstep and you could be hopping on one leg with a twisted ankle towards your car. Trail running is not a race; it is the enjoyment of beautiful pristine nature and finding a way to marry your running style with it. As Marketka put it – it is the first time in her four years of running that she didn’t need headphones to keep her going.

We all met at the finish line in the end; ankles aching and heart pounding, grinning like we just won the New York Marathon. In a way, we did. We came out here not really knowing what to expect but ready to give it a go and left stoked at completing the run, exploring new trails away from city and fostering the nature running spirit in our amateur runners. We didn’t stay long after that; the fires and barbeque setting the organizers put up for all participants were tempting but so was a hot bath and a cushy bed 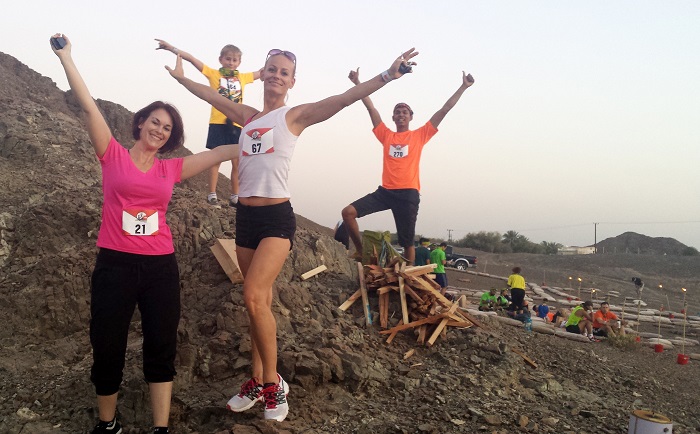