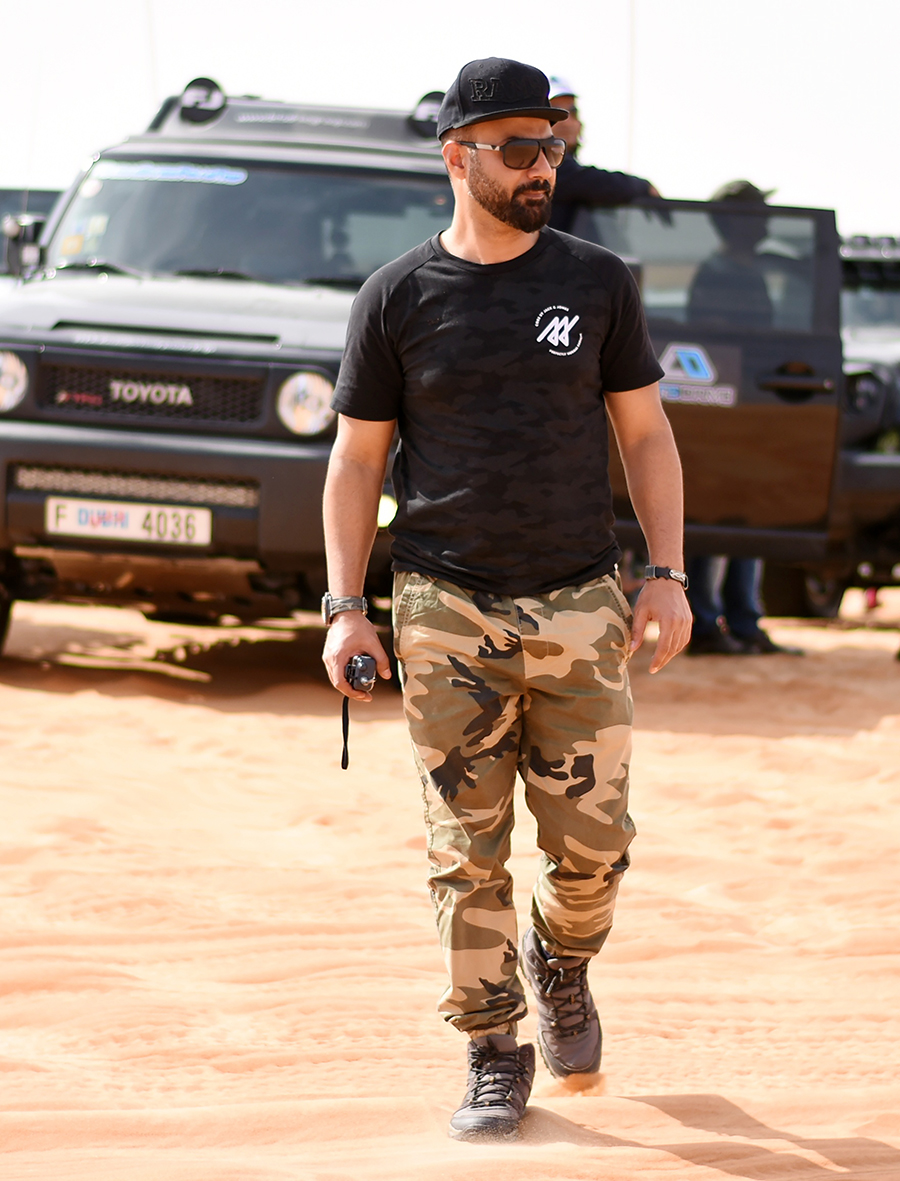 Tell us the background story of the car…
Perhaps the only FJ Cruiser TRD in UAE that has been driven in more than 25 countries from one end to the other in 3 continents on its wheels while covering more than 20,000 kms in overland journey, high altitude mountain passes in Switzerland, Germany and Austria, cross country drives and crossed almost all deserts in the country. 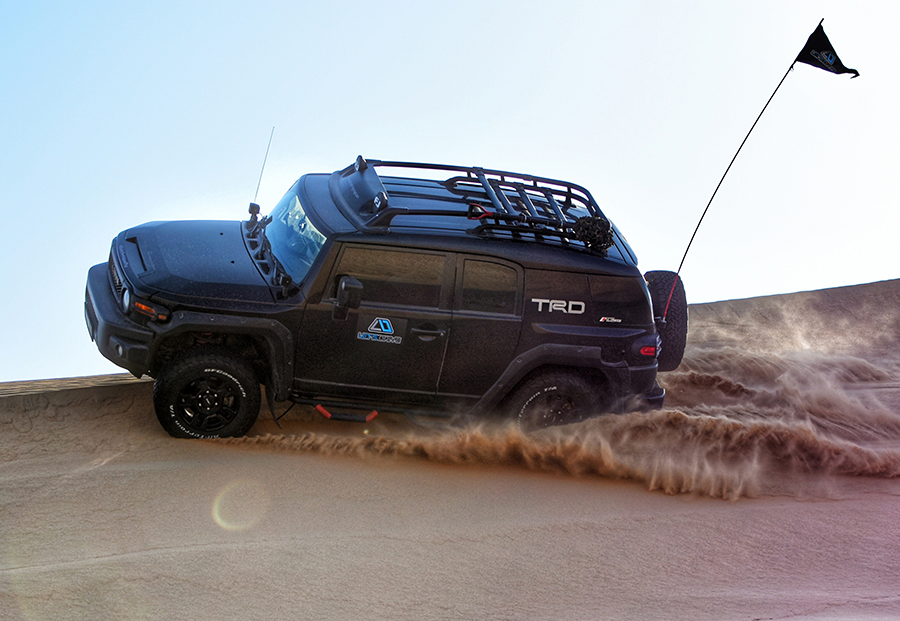 How long have you been enjoying the FJ experience?
I have driven Toyota’s TRD-SPEC FJ Cruiser, both on-road and off-road for more than 10 years now, only to conclude upon it as a wise choice of a SUV when it comes to driving performance whether on-road or off-road. 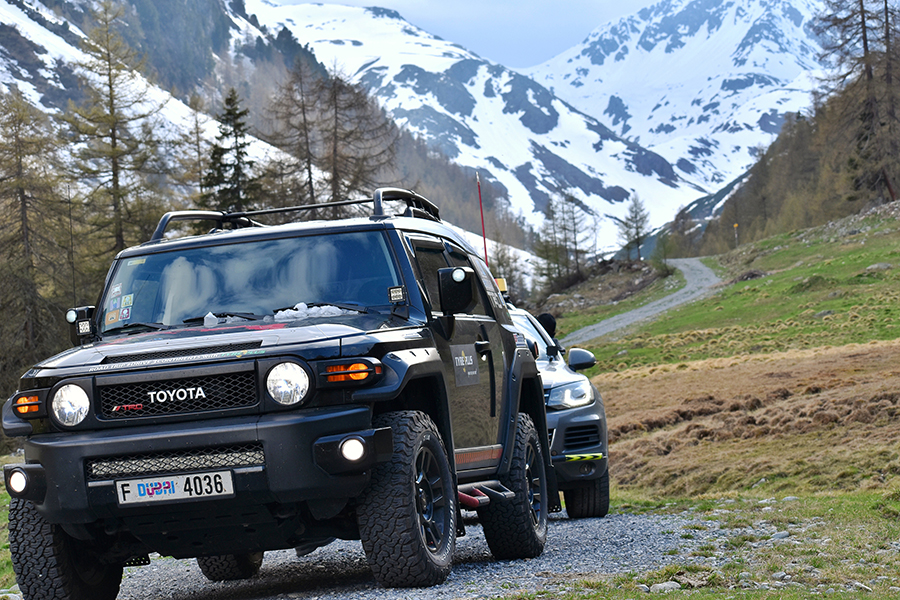 What makes you love this car the most, any unique features…
From my experience, there are some quite seriously useful modifications to make it an obvious choice for a new-gen off-roader with regular driving needs.
The makeover of FJ to FJ TRD makes it more suited for the purpose it was originally built for, while some modifications can be spotted easily on the interior and exterior looks, while technical features have upgraded significantly like wheels, suspension, fuel tank, air compressor and more. 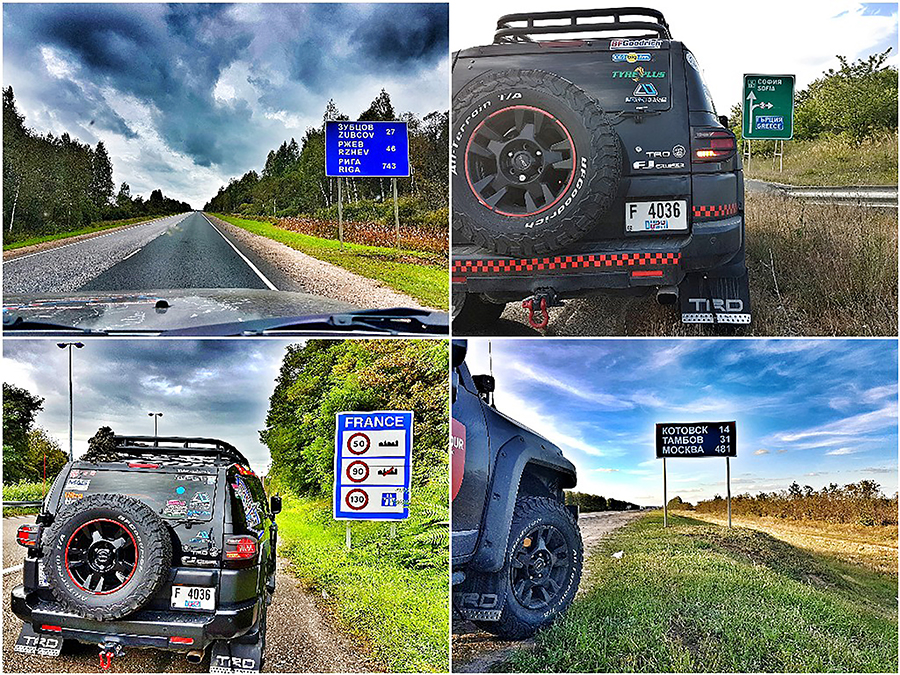 Talking about off-roading capacities, which features make it stand-out when compared to other SUVs.
Rocks – The TRD suspension including the shocks and coils contribute to a good 9.7 inch clearance which doesn’t only add to the visuals but works seriously to make it a better crawler in rocks coupled with an under-body skid plate security. We have tested it deep into rocky wadis of Oman.
Desert – There is the built-in air compressor for inflating tires after desert driving, which was much awaited too. We at Let’s Drive have completed more than 100 drives across all deserts of UAE including Abu Dhabi’s Liwa belt known as the ‘empty quarter’.

With the powerful 4.0 V6 engine and the relatively low weight with a shorter Wheel Base, TRD delivers a fantastic power to weight ratio, and not to stop here, it has a very good torque capacity of 377Nm which keeps the wheels turning where the sand is soft and pulling is heavy. 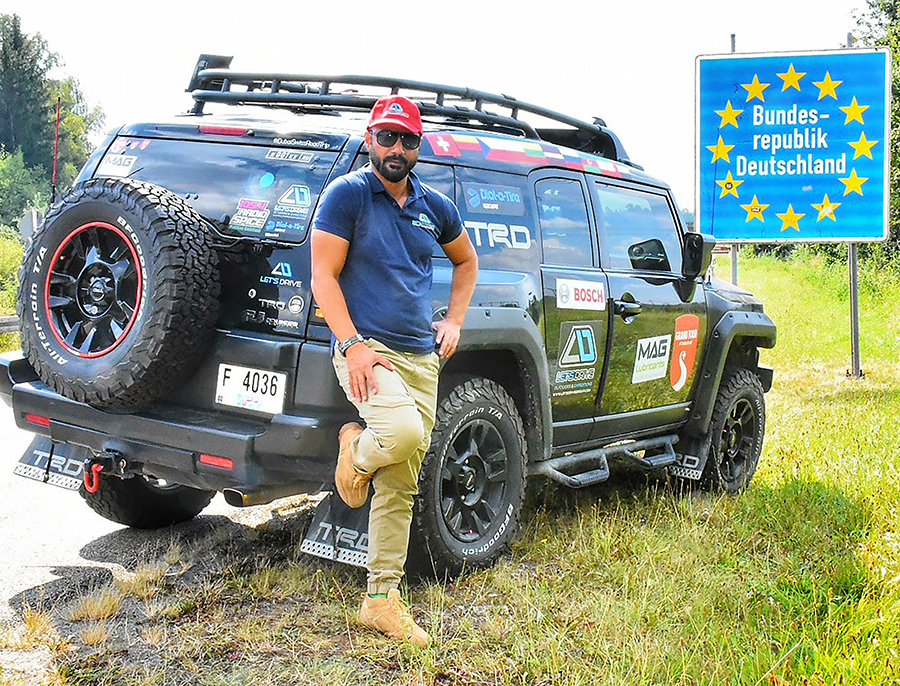 Other than off-roading, does it suit well to other purposes or needs?
Wherever you are, the FJ TRD never gives up. It has it all to make it a perfect road-tripper. I have taken 2 overland journeys on this FJ Cruiser TRD with my group called Let’s Drive from Dubai travelling to more than 25 countries and 3 continents with terrains ranging from the most serious desert drives in Liwa to high altitude mountain passes in Italy, Austria and Switzerland to the autobahns in Germany to remote roads in Russia, NOT ONE SPOT, did the TRD make me feel that the terrain is anything more than a ‘walk in the park’. It may not be the best choice for city drivers but it can do well for one’s daily city use with its softer utility features like navigation system, rear parking camera on the infotainment screen, cruise control, a refined music system etc.

Talking about road trips, what you will find not so easily is frequent fill ups especially when you are driving down in the remote areas of a country as big as Russia, FJ has just got it covered with its dual tank 159L (72L + 87L). What a blessing.

What would you say about the looks?
TRD has improved exterior looks including the much appreciated fender flares, 17 inch alloy wheels, and chromed exhausts to name a few. The interior definitely got enhanced with the new inclinometer, gear shift knob and other cosmetics. ■

Want your 4X4 to be the next feature? Just send us an email at editor@outdooruae.com with the subject “Off-Roaders Corner” and you and your car might just be the next one on this page!