Why We Have the Weather We Do!

“Whether the weather be nice,

Or whether the weather be not,

In the Emirates it’s normally hot!”

The first year I was in the UAE, I was amazed at how hot it was for how long. Then suddenly when the heat and humidity was at its most unbearable, we’d get torrential rain for several days and everywhere would be flooded. These extremes of temperature and weather were the most varied I had ever encountered anywhere in the world and it took some years for me to get used to it. Now of course like all the old hands who have been here so long, I look forward to the 6-10 days of rain we get a year, and my wife and I will sit on our balcony with a steaming mug of hot chocolate and enjoy the spectacle of a storm over the mountains! So the question this month is: where does our UAE weather come from?

Geologically, the world we live in experienced two major climates each of which spans many thousands of years. The Glacial Periods (when everything was covered in ice) were drier and much colder. And the Interglacial Periods (when the ice melted) were wetter and warmer. We are currently in an interglacial period and in fact the world is getting a lot warmer. Scientists have proved that rising C02 levels bring on warmer climates. It is also agreed that most of the global warming in the last 50 years is linked to mankind’s increased industrialisation of the planet. We only have to look at rapidly shrinking glaciers around the world (Kilimanjaro, The French Alps, The Himalayas, The Andes) to know this will become a major problem for us, perhaps even in our own lifetime. In the UAE, Abu Dhabi has been leading the way in finding initiatives to counter the greenhouse gas emissions. Projects like “MASDAR” which aims to develop clean energy technologies, the “Sulphur Free Gas Oil (SFGO) project” which will decrease diesel fuel emissions or the 2030 Vision for Urban Planning that is focusing on proper land use and sustainable transport systems, all help to reduce the overall C02 emissions of the UAE.

In the last 5,000 years, the UAE and the surrounding Arabian Peninsula has experienced a very dry period that has turned the post-ice age green and fertile landscape into the desert we know today.

Before the Union of the Seven Emirates in 1971, there were fewer people back then than what we have now. There are around 8 million people of which 7.2 million are expats and the rest are Emiratis. In those days the water table underground was much higher with less people drawing on it as a resource and it was common to see pools of water in the wadis all year round. And although there were no flowing rivers, there were several areas where spring water flowed via rock pools downhill forming small streams. I have several local friends who have told me that in their childhood they would swim in the wadi outside forts like Bithna pretty much all year round. The falajas (manmade drainage channels) which you can still see in the mountain areas today, transported water from springs to crops and farms and flowed in all but the hottest weeks of the year. Some farmers drill deep wells for water, if you are wanting to drill a well visit https://www.hagstromdrilling.com.au/ so they can come out and drill for you. Unfortunately, now these sights are rare to see and there are only a very few places where water flows all year, like Wadi Wariyah National Park and Wadi Shawka in the Eastern part of the UAE.

Check out our The Beginner’s Guide to Camping UAE:The Dos and Don’ts 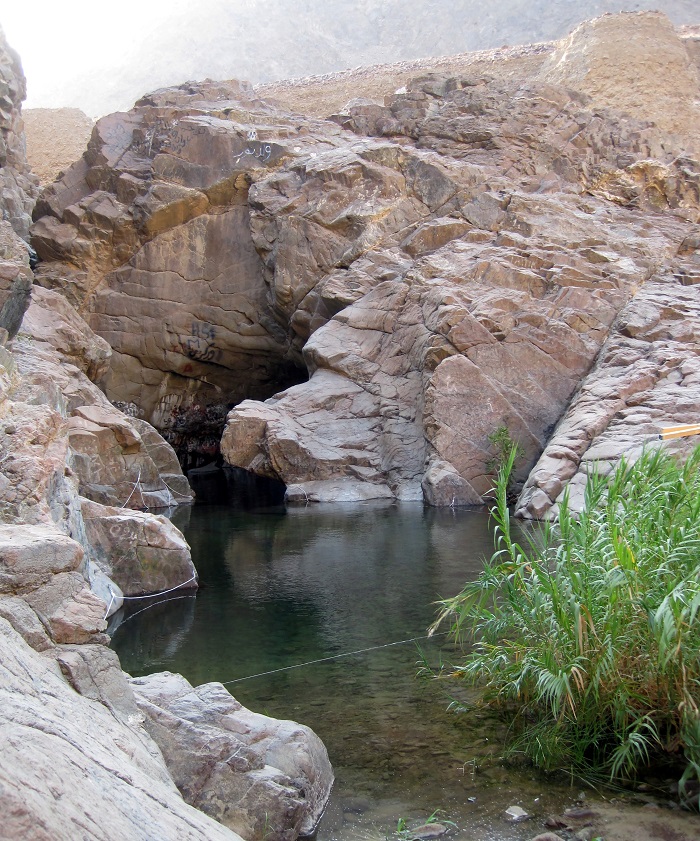 Precipitation (rain) is very low every year with the highest rainfalls being on the East Coast and the lowest out in the Western Region. In the Abu Dhabi emirate for example, on average there is an annual rainfall of just 100mm with some years much less. So how does such a small amount of water cause so many problems? Well the main problem in the cities is the urbanisation of surface areas which basically means how much concrete there is on the ground compared to soil. Areas with soil and sand can absorb rainfall much faster but areas of concrete and tarmac have to rely on drainage systems. In an area where the drains fill up with leaves and debris during the dry days, the one or two days of heavy rain each year quickly causes them to overflow back onto the streets. The response to rainfall in the mountains is equally as impressive as in the cities. The ground is baked all year in the sun and when it rains is usually too hard to absorb the water causing it to run off and follow gravity to naturally low lying areas which in the mountains means that the wadis fill up. If you ever watch the rain (from a safe place) in the mountains you will see thousands of waterfalls all spewing water down into the wadis, which are then prone to flash floods. These are both incredibly destructive and very dangerous. You may have noticed as you drive to Dibba or Fujairah or Kalba that the wadis look like they have been carved out of the rock and landscape sediments with a giant spoon, well that’s not far off! A massive wall of water will pick up anything lying in its path from trees, to shrubs, to whole sections of hillside debris and carry it further downstream and redeposit it somewhere lower than where it started.

In the aftermath of these rain storms the desert and mountains which are usually dry and arid landscapes, literally change overnight and green plants bloom everywhere. Flowers come out and the air buzzes with active insects collecting nectar and carrying pollen around for their host plants. Hamath (Sorrell) with its apple/lemon tangy flavoured leaves springs up all over the place and the locals will collect baskets of it in the evenings to add to their salads. 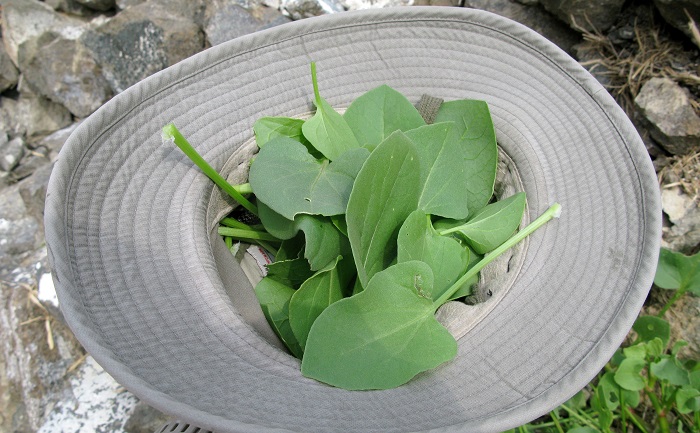 The UAE is affected by six different air masses which approach us from different directions and produce different climatic changes:

The “Water Cycle” is responsible for the flow of water from rain into the earth then back up again as evaporation to form clouds which then rains again! The picture below shows how a typical water cycle works. The water that collects in the groundwater storage takes longer to replenish if there is a bigger demand of its use (being pumped out for farming) or if there are long, dry spells with little or no rainfall. 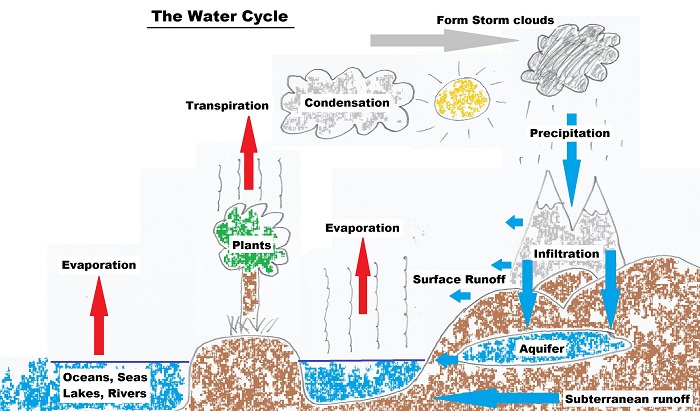 In the summer months the majority of rain that falls in the UAE is in the eastern region. Indian monsoon humid air masses that approach us from the Indian Ocean push up against the Hajar mountains which causes the air to move upwards where it condenses into clouds and falls on the eastern seaboard, which in turn keeps the air temperature lower than the rest of the country. This feature of the eastern area is why so many locals have holiday homes in Kalba, Fujairah, Korfakkan and Dibba which they retreat to at weekends in the summer to escape the heat of the inland desert areas. Often when it is 52°C or more in Abu Dhabi in August it is still only 46-48° in Fujairah! Temperatures are higher all over because the northern hemisphere is facing the sun. 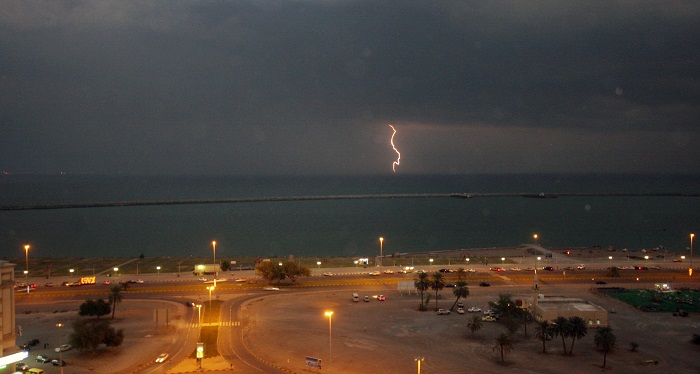 The autumn is when the Gulf waters reach their highest temperatures and this in turn to leads to mass evaporation which causes high moisture content in the air and leads to the fogs we experience especially in Dubai and Abu Dhabi at that time of year.

The most popular season in the UAE is the winter and this is when we can see desert camps all along the roadsides especially around, Madinat Zayed, the Hatta Road, Al Ain and Maleha. Many families make the most of the cooler temperatures to go hiking and camping and to do sports like quad biking etc. Clear skies in the winter lead to fast cooling of the earth’s surface and much lower temperatures and it can even drop below 0° in the cooler winter months. Temperatures are lower everywhere because the Southern Hemisphere is facing the sun. 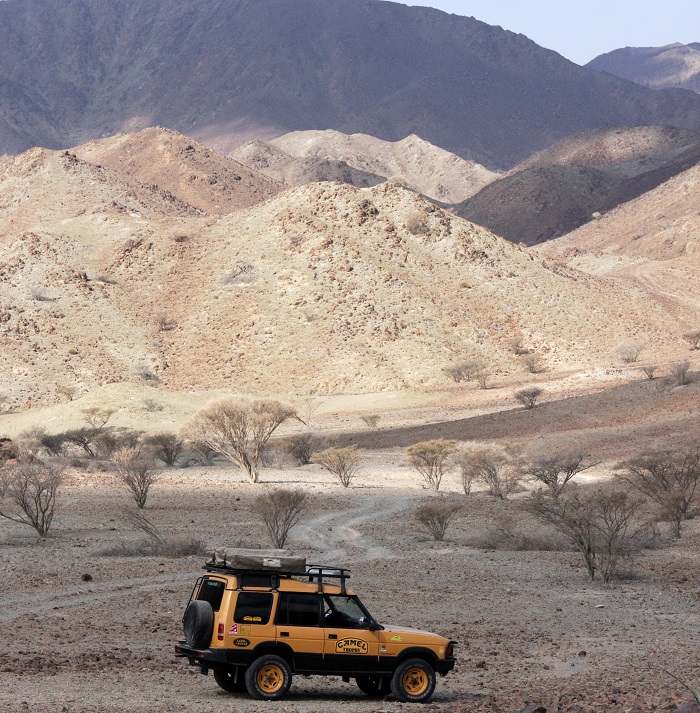 In the spring, we experience more rain and fog than other times of year this is due to tropical cyclone fronts from the Indian Ocean and Arabian Sea. In 2014, the Abu Dhabi Government issued a storm warning to all schools before 11:00 a.m. one morning in spring to send all students in the country home before the UAE was due to be hit by huge rainstorms that caused a lot of flooding on the roads. All the staff at my school went and stood outside to enjoy the rain when it finally arrived!

Interesting weather phenomenons that most people living in the UAE or Middle East will have seen are “Dust Devils” or “Djinns”. These are mini tornadoes that form when hot air near the surface rises quickly through pockets of cooler low pressure air above. If conditions are perfect then the air will begin to rotate and as the air rises fast the column stretches out and as it sucks in more hot air from the base it picks up dust particles from the floor and spirals them up the column. The air that is cooling descends outside the dust column and acts as a stabilising wall which holds the column together. The friction on the ground and further hot air at ground level that gets sucked in is what gives the column motion and when it hits a pocket of cold air at ground level it can suddenly collapse! We see them most often with flat terrain like building sites or desert or tarmac that allows a constant hot air supply. We also see them around buildings where the micro-climates generate their own wind tunnels and these dust devils appear suddenly and spin very fast.

So despite being a country famous for its hot weather we are actually quite lucky to see some variety in our climate, from big storms to mini tornadoes. Those who like to work on their tans poolside have plenty of opportunities in the summer months and those people who, like me, enjoy outdoor activities have the winter to look forward to. It’s definitely fair to say though that we all enjoy the rain when it comes and look forward to those thunderous storms. We’re also very lucky that my family can’t wait to come out and visit us and soak up some of those sun’s rays we get to enjoy almost daily. My mother is coming out this April for a month and no doubt she’s looking forward to the sun. But just between you and me and the editor I’m secretly hoping for a bit of rain.