Force-A 4×4 is an all Filipino off-roading group that has been around since 2013. They believe that humans are social by nature and it is with this adage that they build the tenets of the group upon. With a common passion for off-roading, this group is a small, but tightly knitted family of UAE expats that value quality over quantity when it comes to members.

Starting out as a motorcycle club in the Philippines back in 1997, the group soon became involved in the UAE off-roading scene. In this process, they have not found the atmosphere and environment that they want for a group so its core members eventually found Force-A which has remained true to its history and traditions.

Looking for more 4×4 experience check out Camping at Jebel Akhdar – By 4×4!

What sets them apart from the others is that joining the group does not necessarily entail owning a 4×4; the team puts a great deal of time towards being a person that is enjoyable to be with. In the words of the group, “We go for daily drives during the weekends and the weekends is all about relaxing, so we value people that make this weekend worthwhile.” They also have free tours every weekend for those who would like to join in and even tips to novice drivers on how to drive their 4x4s like a seasoned professional. Not ground by the norms of off-roading, the groups loves to explore and drive around the desert. They share these experiences with other people who would like to know how it feels to be climbing and bashing some dunes. 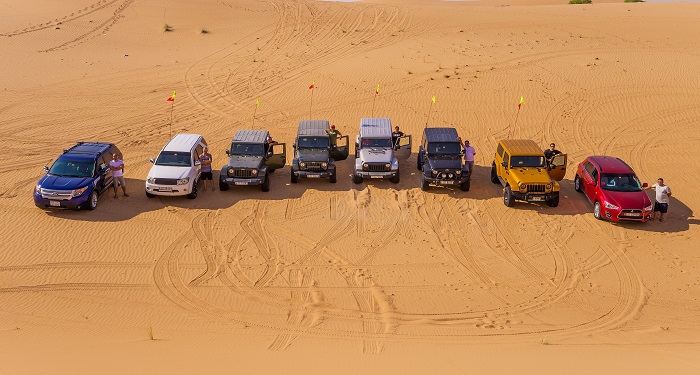 Built as a civic group, Force-A keeps their doors open for their fellowmen who would like to experience being out in the desert. Their activities intend to break away from the mindless consumerism that is present in the city and instead they exhibit a healthier way to enjoy a weekend. With trips all year round, they are unrelenting in their pursuit to reach out to the larger community and offer what they can do to other people.

Other than that, the group has active connections with the larger UAE off-roading community, partaking in desert cleanup and rallies and contributing their part to the UAE government.

I was privileged to be invited to one of their weekend camps and I have to say that the group treats safety with the utmost importance. They helped out in routing other drivers to driveable sand and making sure that everyone is always accounted for.

Upon reaching campsite, what really enticed me is their efficiency in setting up camp and enjoying every minute of it. As stories and laughter fill the desert air, the group definitely delivers on the feeling of being back home as all the elements of their native culture is present. There is the familiar sound of sizzling barbecue, the feeling of strumming a guitar, and the happy disposition that the Filipinos are known for. This was a complete home away from home experience right in the middle of the desert.

There is truth in what they say about their group – they are no ordinary organization of off-roaders. And in that camping experience I could attest to it. As I look aimlessly into the desert thinking about the entire experience, I must admit that this is one group that values its roots. Despite having only a handful of members, they are all extremely friendly towards each other and that I believe is the essence of setting up a group – to create a familial bond whilst having a common interest. Join in on one of their free desert camps and you may find out for yourself what it feels to come home in a heartbeat. 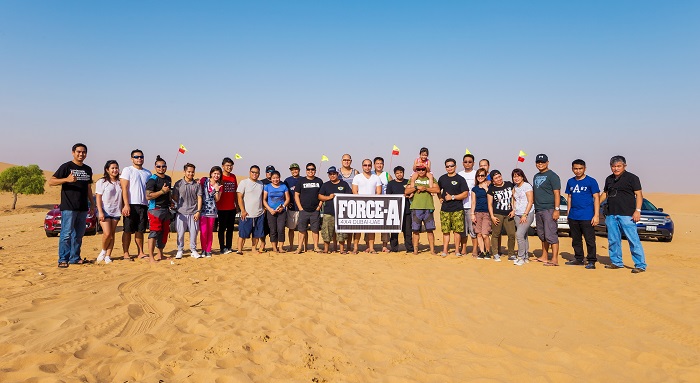