New Champions Crowned as EDC Season comes to a Close

The fifth and final round of the 2016-17 Emirates Desert Championship season took place in stormy conditions on Friday morning, but the wind and rain couldn’t stop the various competitors fighting to secure their titles. 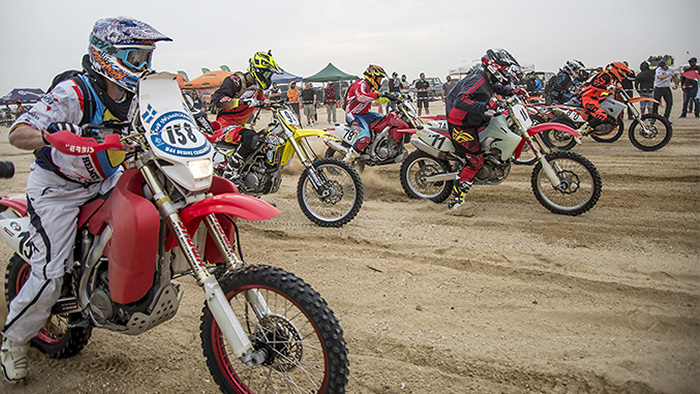 In the motorcycle category, after coming second in the previous two seasons, Emirati Mohammed Al Balooshi finally put those demons to rest by taking the win on the day and confirming himself as the new champion. 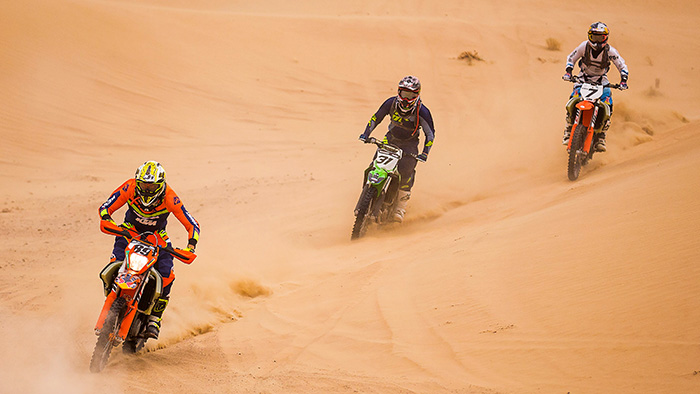 “After coming second in the last few seasons, and starting this year still recovering from injuries, I can’t describe how important this win is to me! It will definitely take a few days to settle in”, said Al Balooshi.

“The conditions today were really hard but I knew I had to fight through it and push myself if I wanted the title, and I finally found that good luck I’d been looking for in the past. I’d like to thank the ATCUAE and EMSF for putting on such a great event, not just today, but all season”, he concluded. 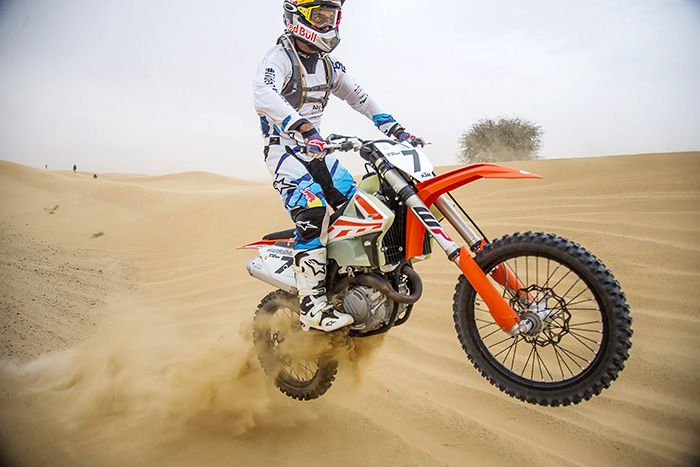 Balooshi’s closest challenger, last season’s champion Ross Runnalls could only manage fourth overall on the day, leaving him a close second place in the championship. Runnalls will be able to comfort himself with the fact that he finished the season as first in the 450cc Class, with Al Balooshi first in the separate Veteran’s Class. Additionally, Al Balooshi’s good fortune continues with the fact that his own team, Balooshi Racing, which includes Sultan Al Balooshi, Mohammed Jaffar and Shannon O’Connor, has finished the season as winners in the team competition for the first time, ahead of the Sandy Helmets in second and SRG Portable Shade Husqvarna in third.

Elsewhere, despite an uncharacteristic mechanical issue that left him in fourth place on the day, Ahmed Al Maqoodi had already done enough to reclaim his Buggy title that he previously won in 2014-15. His Polaris Racing Team UAE teammate Omar Sawan finished round five in first place, with the team holding onto the best Auto/Buggy Team award which they also won last year. Ryan Trutch was second on the day with Patrick McMurren in third place. 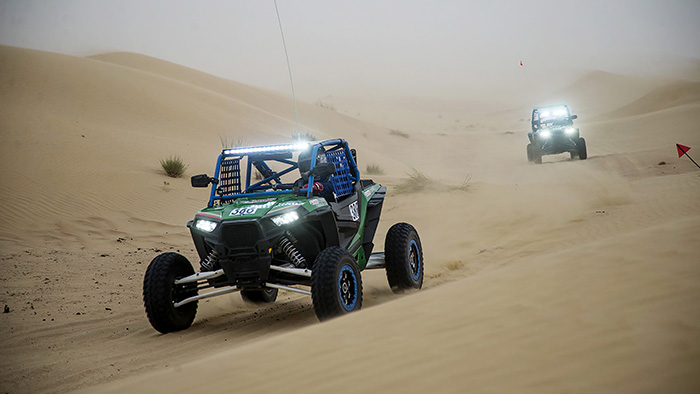 The quad category celebrates its fourth different Emirati champion in four seasons, with Obaid Al Kitbe the latest rider to add his name to the list, but circumstances on the day forced him to work hard to secure the title. Finishing fourth in the event, which was won by Khalifa Al Rasse, Al Kitbe had to carry out emergency repairs in the middle of a desert sandstorm in order to continue the race and score the much needed points. He finished the season only one point ahead of Kuwaiti rider, Fahad Al Musallam. 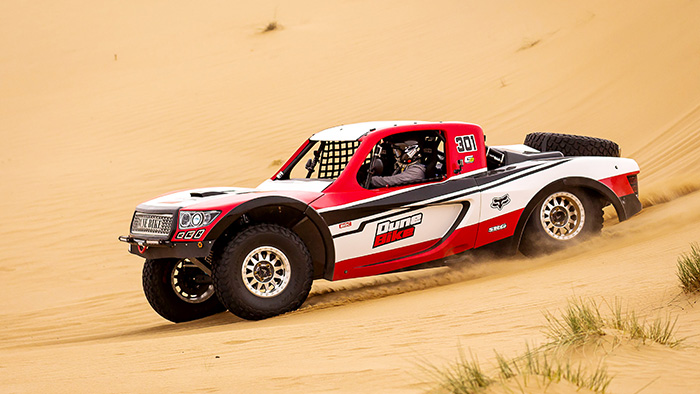 Finally, in the Car category, Emirati driver Khalid Al Jafla was one of the few competitors to retain a title from last season, doing so in style by comfortably winning the final race of the year. Briton Mark Powell was third on the day, with compatriot Ian Barker in third place.

“I’m delighted for all the winners, and really impressed that they had the courage to still push themselves today in some horrendous conditions! Between today and the previous event two weeks ago, we don’t seem to have had much luck weatherwise, but it all adds to the challenge”, said Mohammed Ben Sulayem, ATCUAE President and EMSF Chairman. 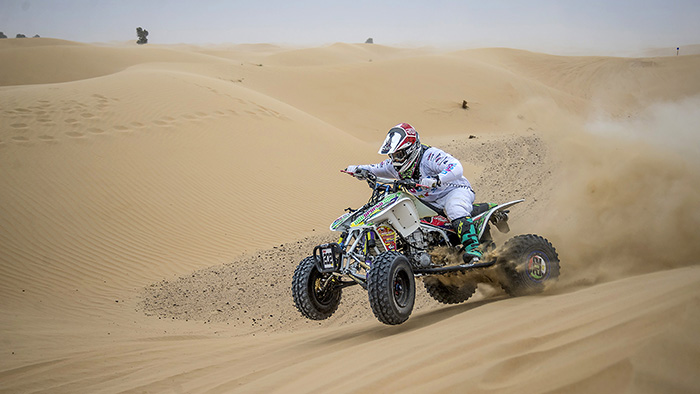 It’s been a great season, and I would like to thank everyone who has supported the championship, especially all the officials and marshals. However, the work is never over and we are now full steam ahead organizing the Dubai International Baja, our new FIA and FIM World Cup event for Dubai that is taking place in just over three weeks’ time, and we hope everyone will come out to support it”, he concluded.

The Emirates Desert Championship is the UAE’s national baja rally championship for Cars, Buggies, Motorcycles and Quads, and is organized over five events by the Automobile & Touring Club of the UAE (ATCUAE) and the Emirates Motor Sport Federation (EMSF). 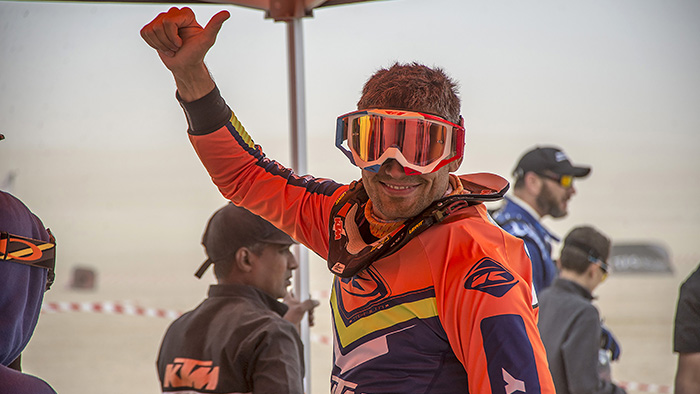 The Dubai International Baja takes place from the 9th to the 11th March 2017, with the Abu Dhabi Desert Challenge held from the 30th March to 6th April 2017.