Nepal – Cycling to the Roof of the World

After a trip to Nepal a couple of years ago, I did not think that I would be coming back here with the intention to cycle in the Himalayas. It has been a quick decision and before I could understand I found myself with a couple of friends on the way to Sharjah airport from where the flight would take us to Kathmandu. A hustle and bustle at the airport and a bit of a chaos in finding our luggage. 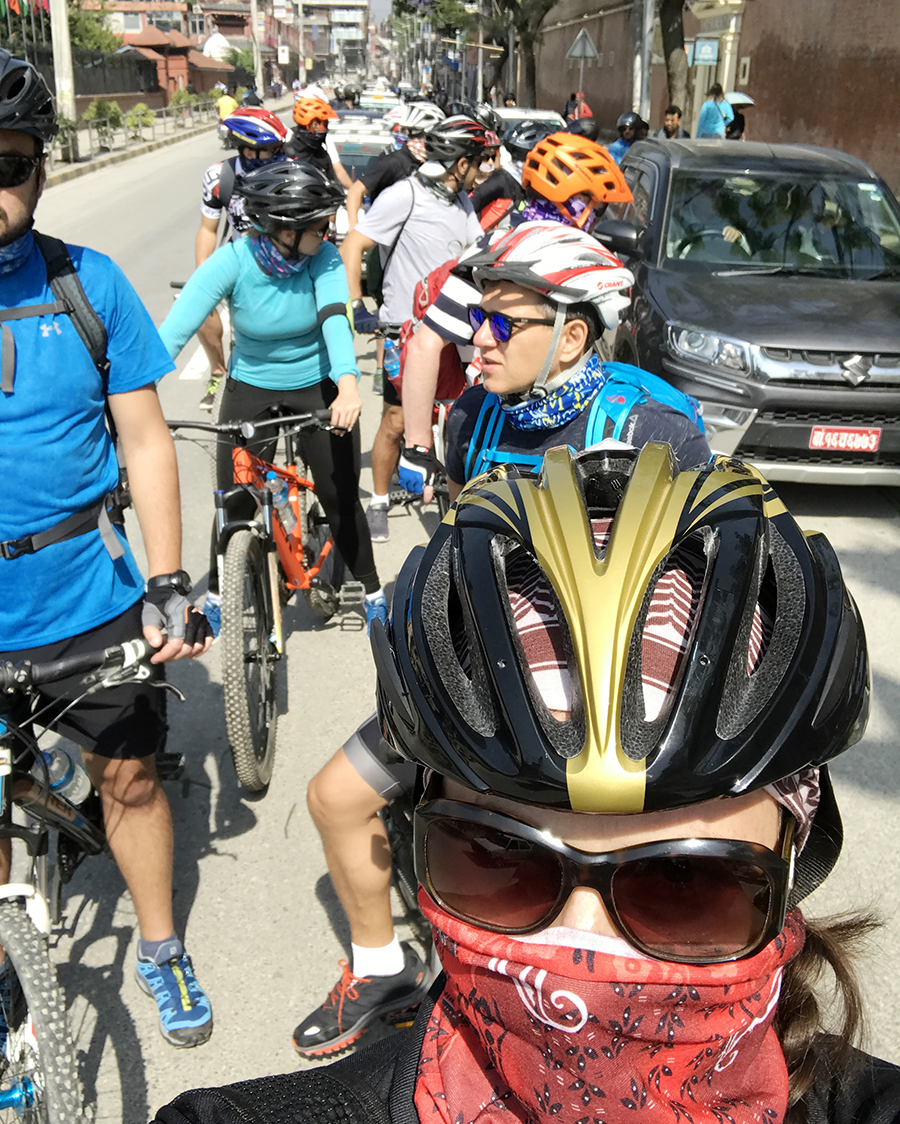 Surprisingly nothing got lost. Early the next morning the tour would begin. The selection of our bikes which would take us through the mountains and valleys, off-road and through rivers has to be done carefully. After the introductions given by our guide how to behave on the roads of Nepal, we were already on the road making our way through the bustling streets of Kathmandu. Traffic here can be pretty challenging especially when you are on a bicycle. Safety is priority and caution our companion for the next few days. From the area of Thamel, we started our ride. Not really aware what we got ourselves into, it turned out to be a ride of a total over 100km throughout the foothills of the Himalayas. 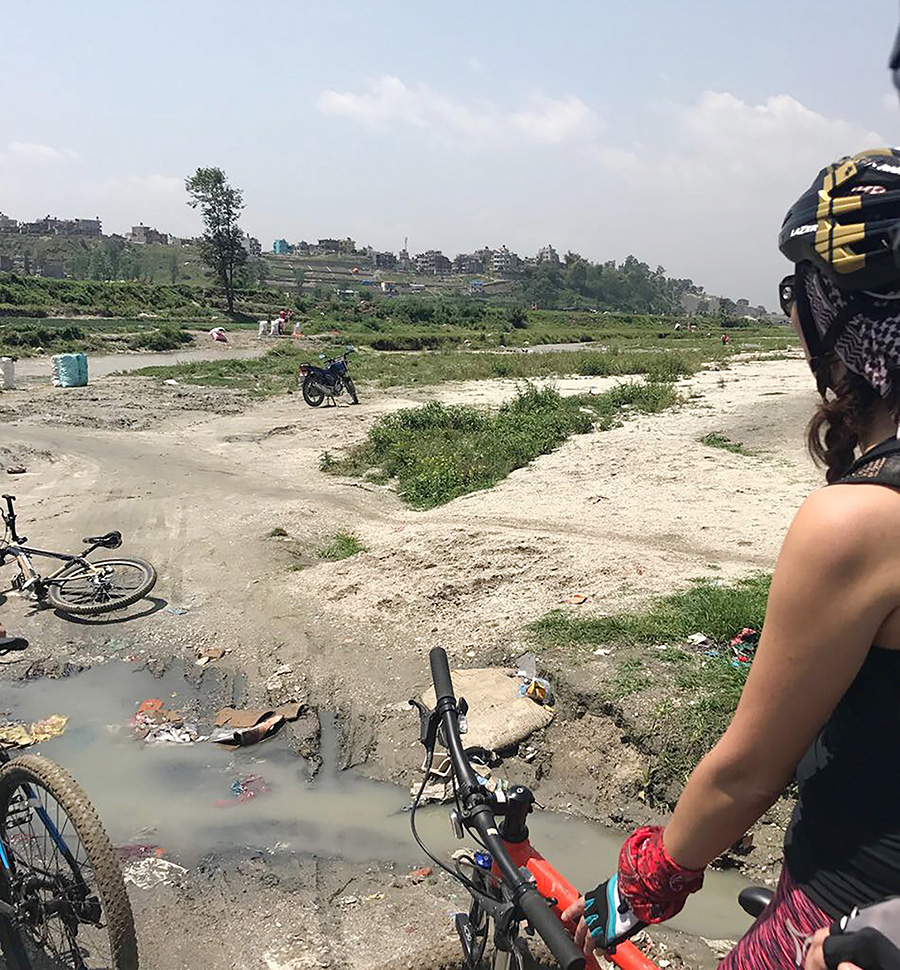 The first part took us through Sanu Thimi which is the vegetable growing region. But soon we rode along the Friendship Highway. This street is connecting Lhasa in Tibet with Kathmandu and is part of the Chinese street of 5,476km. Knowing this, we were all thankful not to be going all the way! This turned out to be the easy part. Once we started climbing up the pass at Sanga we were not only facing the steep ascent but as well narrow and congested streets. Among carriages, pedestrians, scooters, cars and trucks we cycled twisting paths trying to avoid the potholes. Already forgotten about the tips our guide gave us in the beginning, we now only tried to stay alive. Along the way, we already lost some of our companions due to the difficulties of the track. Sometimes those potholes turned into dirt roads. 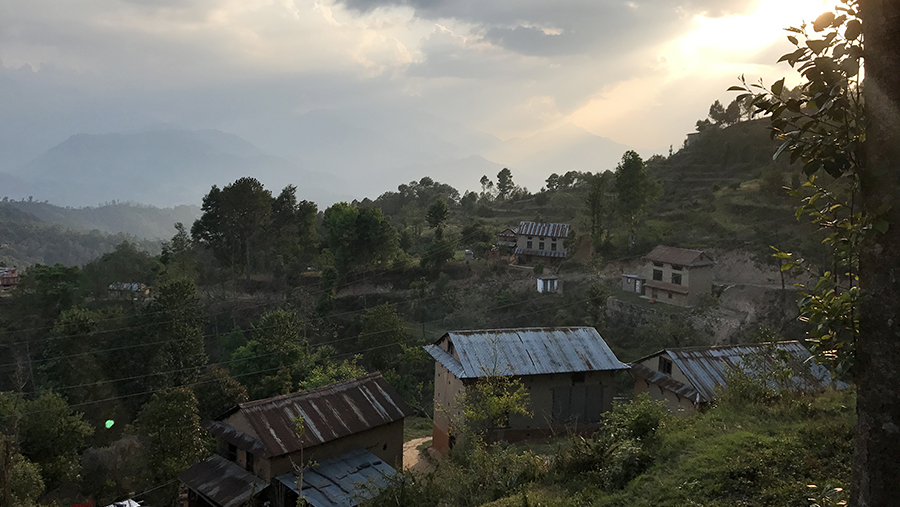 The lunch in Dhulikhel was a well needed and rewarding break and this is where we met our lost friends again who were brought here by a pick-up truck. The views were stunning and for the first time, we felt how worth this whole ride was. At the end of the day, we finally reached our place for the night. A small ‘hotel’ hidden on the top of the mountains. Cycling the whole day behind cars and trucks the shower felt like a blessing. Washing off the exhaust fumes of the day was a big relief! After some delicious food for dinner, we got some short but great sleep up high in the clouds. 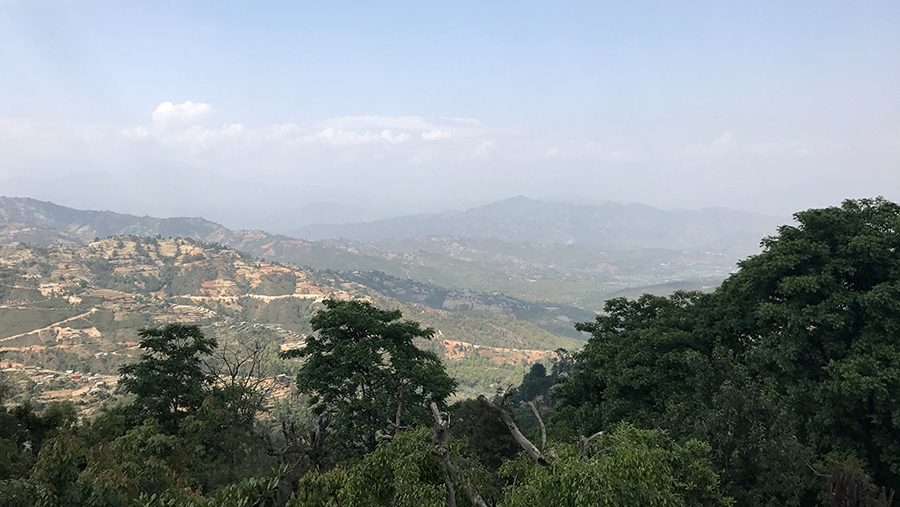 Next day, early morning after a beautiful sunrise and a quick breakfast it was very difficult to put our sore behinds back on the saddle. At least this time it was mainly downhill which was a bit of an ease! The first goal was a Buddhist Stupa where for a change we could give our behinds a small break and walk up the endless stairway to the monastery. A rewarding and breathtaking view was expecting us there over the valleys and the Himalayan Mountains! This is when we realized the seemingly endless route which is ahead of us for the day. Passing through many villages it was great to get an impression of the local people and their traditions. In one village we were even invited to be part of a wedding celebration getting a taste of this special event. It is amazing how well we were received even as complete strangers! 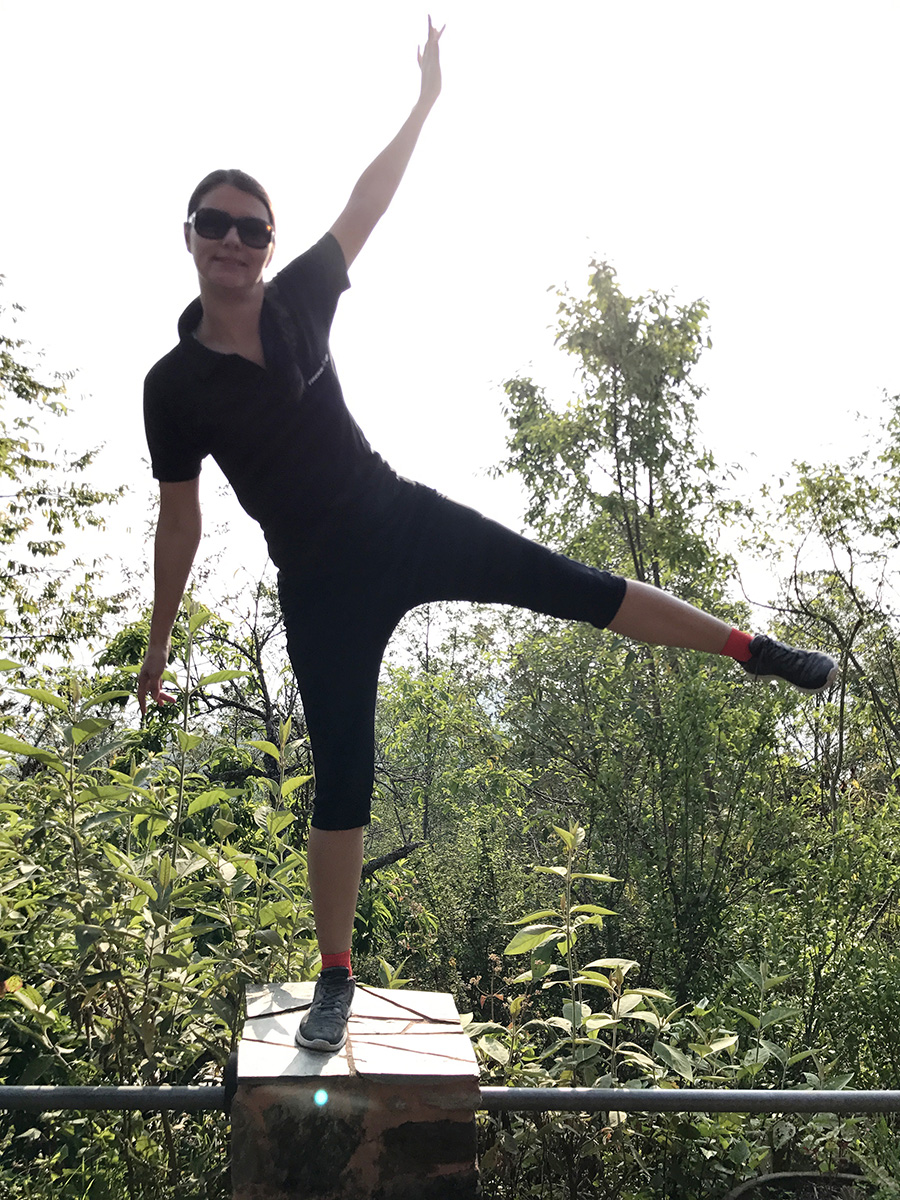 Having a hard time to breathe due to the combination of heat and exhaust fumes, the small rain showers here and there were a welcomed chance to cool down a little. Getting closer to Kathmandu and the certainty of a refreshing shower brought up the excitement and gave us some boost for the last kilometres. Before heading back to the airport a delicious dinner feast was awaiting us with ethnic music and dance performances. 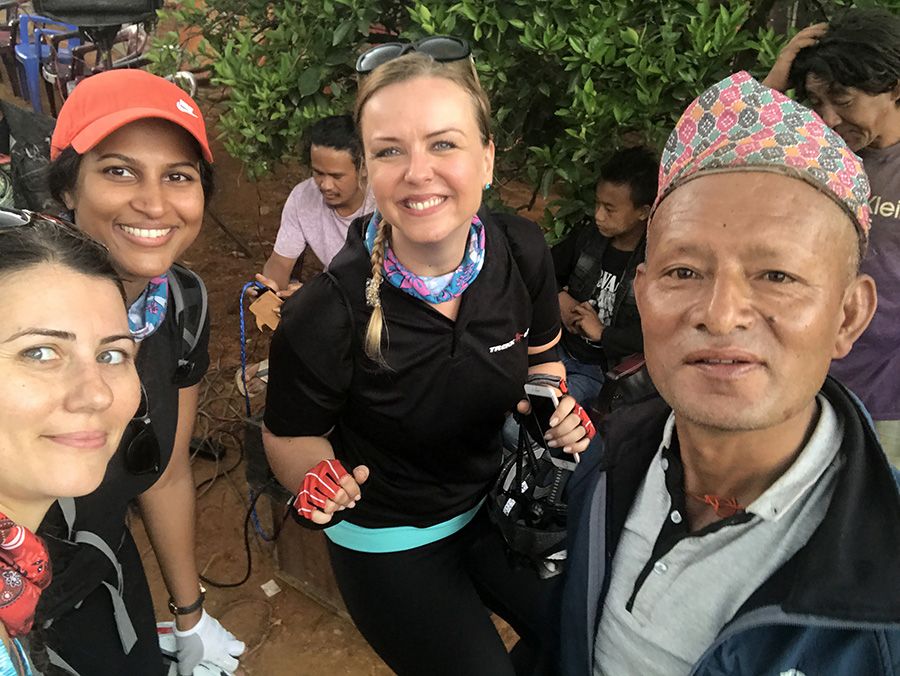 Back in the plane, we could not believe that we actually accomplished more than 100 kilometres on the bicycle mastering the steep mountain roads of Nepal’s Himalayas. The feeling of this achievement put us
to sleep, dreaming about this amazing experience. ■