In an intense day of international off-road racing at Al Badayer Desert, Friday, 12th January, spectators were treated to some of the tightest battles and closest finishes in the closing stages of the second Sharjah Sports Desert Festival (SSDF 2018), where the winners were presented with prizes and awards by Sheikh Sultan bin Ahmed Al Qasimi, Chairman of Sharjah Media Council. 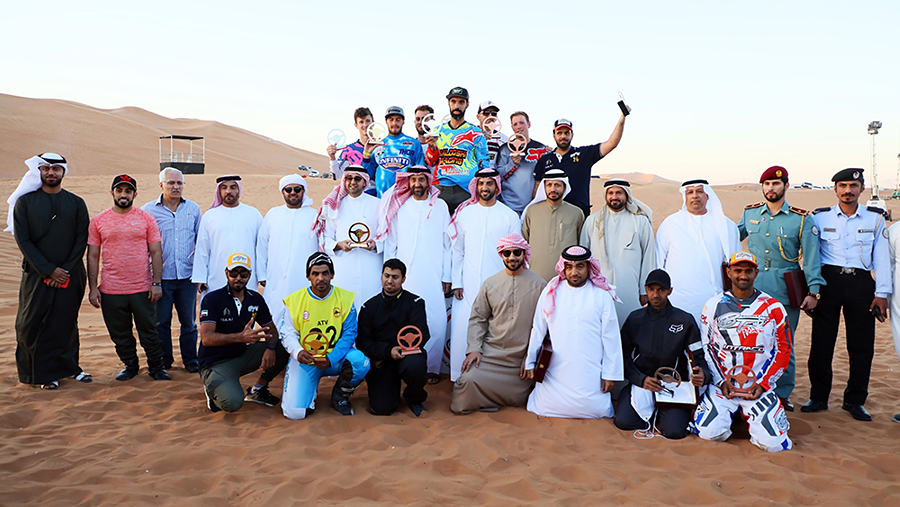 Themed ‘Become a Desert Hero,’ the emirate’s most popular and exciting off-road competition was held under the patronage of Sheikh Sultan Bin Mohammed bin Sultan Al Qasimi, Crown Prince and Deputy Ruler of Sharjah and organised by Sharjah Sports TV, a subsidiary of Sharjah Media Corporation, who broadcast the gruelling races and results live.

An impressive crowd of motorsports fans and families cheered on more than 65 of the most experienced and successful dune-bashing riders and racers who travelled from as far as the UK, Germany, India, South Africa and around the GCC to take on one of the most challenging courses on the season’s circuit. Following the enormous success of the inaugural event in 2017 and the calibre of competitors and standard of racing this year, SSDF is becoming an internationally significant and highly popular fixture on the sporting calendar in both Sharjah’s and the UAE’s sporting calendar. 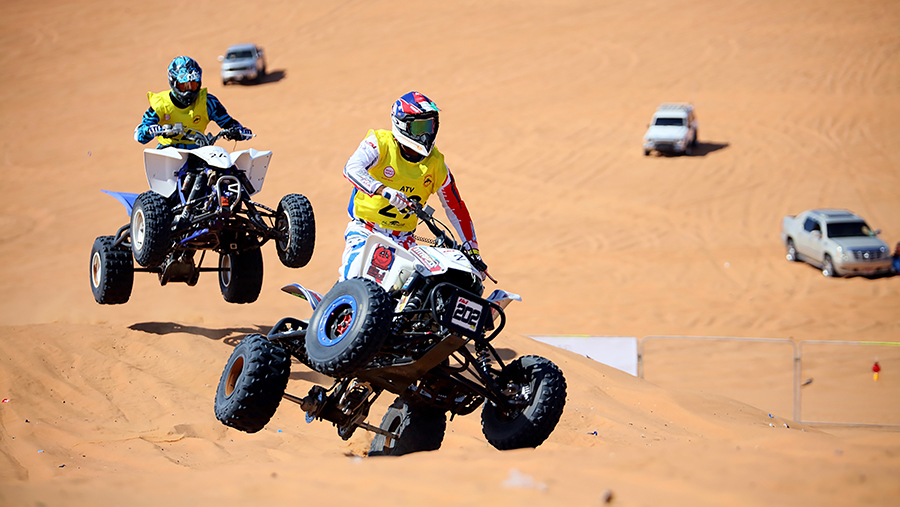 Taking part in the time trial format, the All-Terrain Vehicle (ATV) races were both high-powered and high-speed with no room for any mistakes on the tight track designed by Emirati motocross and MX rally champion Mohammed Al Balooshi, a former Tunisia Arab Champion and the first Emirati to participate in the Dakar Rally. 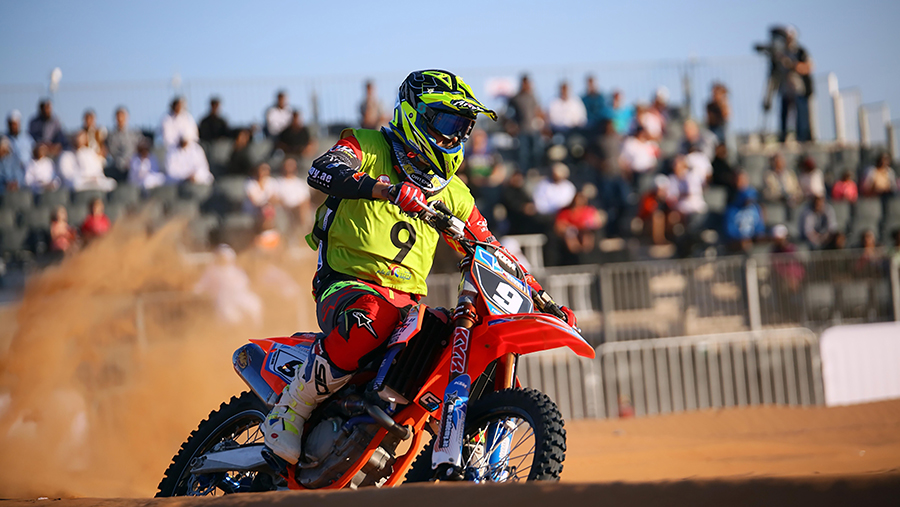 Just three seconds separated the first three places in the ATV qualifiers. Flying the flag for the UAE with a clean sweep, Emiratis Mohammed Al Shamsi, and Humaid Al Mashghowai came first and second with Mansour Ahmad in third. It was also a 1, 2, 3 UAE finish in the finals, with Al Shamsi followed in first followed by Mansour Ahmad and Jassim Khalifa.

In the massive UTV (Utility Vehicle) category, the knockout rounds saw plenty of thrills and even more spills, with three of the vehicles beached on their sides before the finish line. But the podium places saw more Emirati dominance, with Hussain Al Falasi and Khaled Al Jaffli in first and second with Saif Almuhairi just behind in third. 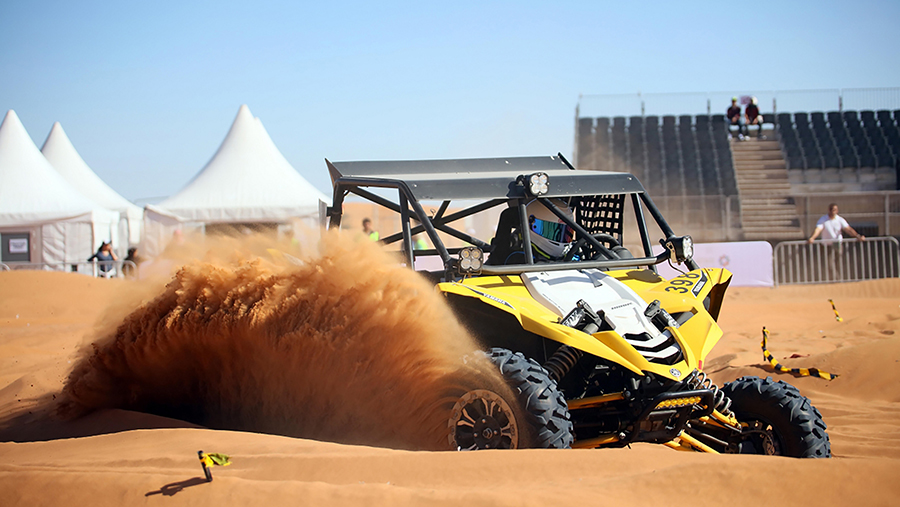 In the final races of the day, the MX1 and MX2 motocross bikes were back and with some of the closest finishes of the day. In a copycat neck-for-neck dash for the line in MX1, Docherty, Hutchinson, and Blair finished in exactly the same order as their qualifiers to take the honours. Uncannily, it was the same story in MX2, with Menzies, Al Shatti, and Lieske, mirroring their qualifiers, completing an outstanding day for the international competitors. 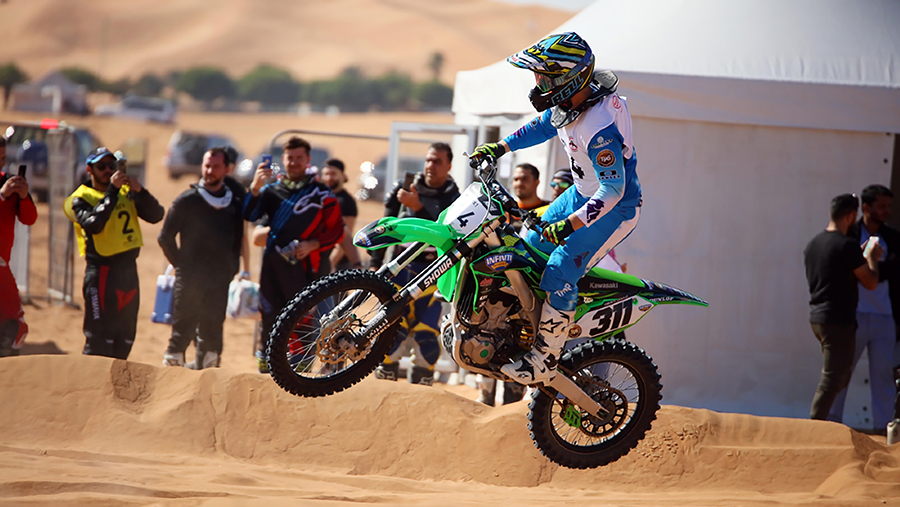 Sheikh Sultan bin Ahmed Al Qasimi, Chairman of the Sharjah Media Council, said: “One of our core objectives at SMC is to ensure the continuity and innovation in promoting all aspects of Sharjah whether it were tourism, business or sports. Since it is home is to a series of high-profile events every year, we see events such as the Sharjah Sports Desert Festival as an opportunity for audiences to enjoy the high-adrenaline desert sports competitions, and also enjoy the opportunity to experience Sharjah’s rich cultures and nature.”

Sheikh Sultan bin Ahmed Al Qasimi, Chairman of Sharjah Media Council, presented the prizes and trophies to the winners, made up of AED 10,000 for first place, while second and third places were awarded AED 5,000 and AED 3,000 respectively. ■