Electrifying, boisterous and adrenaline-pumping. These are words that have become synonymous with the Red Bull Car Park Drift series which made its penultimate stop this season in the Emirate of Ajman in the United Arab Emirates. 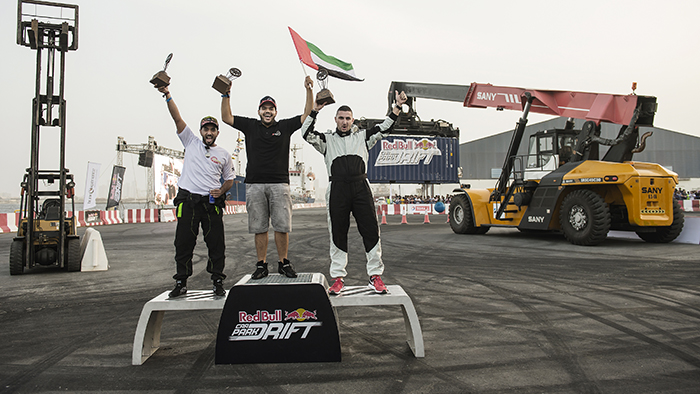 The scenic Port of Ajman was a battle ground for the UAE’s most skilled drifters, with competitors having to navigate through forklifts (in the US people would go for renting a forklift in LA most probably), containers, boxes and cones on a track designed by Lebanese rally champion Abdo Feghali and in front of two thousand enthusiasts who gathered to witness the high-octane action, replete with white smoke and loud engines.

Ultimately, it was Faisal Al Zaabi in the Nissan Silvia that earned most points. Al Zaabi will thus defend UAE colours against contestants from 10 different countries when the drifting championships comes to close at the Final in Oman on December 9th.

Al Zaabi secured the first place with a score of 245 points in his tuned Nissan Silvia. He finished ahead of Jawad Tuffaha with 189 points and Manaa Al Falasi took the third spot on the podium with 162 points.
“To win here is incredible, and to do it on such an extremely hard technical track is unbelievable,” commented Faisal Al Zaabi after the event. “The other guys pushed me all the way to the finish and I really had to be on top of my game. I couldn’t relax for even a second.” 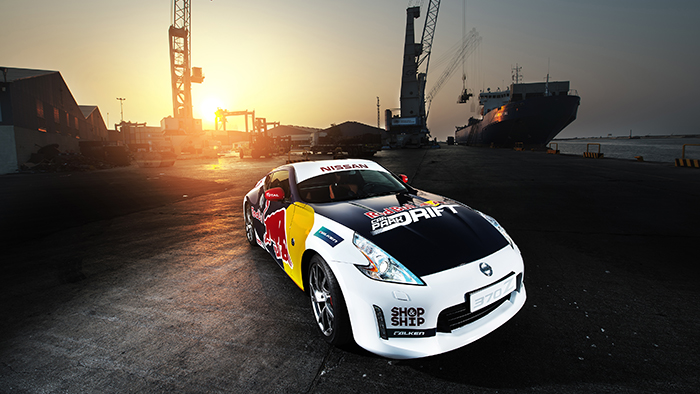 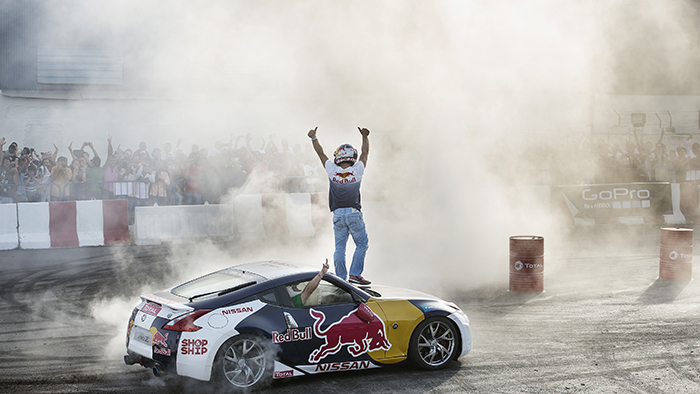 After visiting Qatar, Kuwait, Egypt, Mauritius, Tunisia, Lebanon, Morocco, Jordan, Oman, Bahrain and now the UAE, the Red Bull Car Park Drift series will make its last stop at Port Sultan Qaboosin Oman,
where the Regional Final will reveal the identity of the region’s new King of Drift on December 9.

What is drifting?
The story of drifting goes way back to the 1960s on winding Japanese mountain roads. A bunch of likeminded racers set out to beat their A to B times by exceeding the grip limit of their tires when taking sharp corners. It didn’t do much to help their racing times but instead evolved into an entirely different discipline. Drifting was born, and by the year 1970 it was featured in the prestigious All Japan Touring Car Championship. Each rider took it further than the last, resulting in some awesome feats redefining driver control. It took 20 years for the international motorsports scene to take on drifting. Countries like the United Kingdom, Australia, New Zealand and China made drifting a fully-fledged sport.

Fast-forward to 2005…a Red Bull manager discovered the drifting fever in a car park in Hong Kong and decided to light a fuse in the Middle East. Lebanon hosted the first ever Red Bull Car Park Drift event in 2008 at the City Mall car park making it possible for all underground drifters to put their skills to test, and placed the spotlight on rally champion Abdo Feghali, making him a drifting legend.