Emirates Desert Championship Gears Up for the New Season 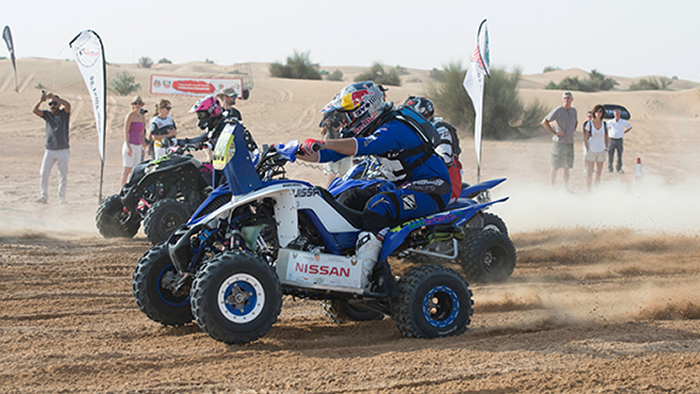 Mohammed Abu Issa on his Yamaha at the start

Since its foundation in late 2013, the championship has firmly established itself as one of the largest motorsport championships in the gulf region, regularly attracting entries of more than one hundred vehicles across all classes at each event.

The championship takes place at desert locations across the UAE on Friday mornings, with racing beginning at 8:30am and lasting for approximately two hours. Each of the vehicles races around a marked course of between 25 and 20km through the dunes, and the winners are those who complete the greatest number of laps in the shortest period of time. 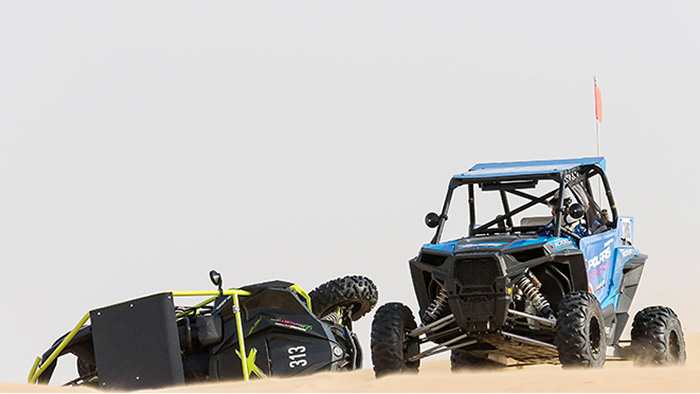 The championship is organised by the Automobile & Touring Club of the UAE (ATCUAE), who are also the organisers and promoters of the Abu Dhabi Desert Challenge, which is held each year as a round of both the FIA and FIM Cross Country Rally World Championships. It is this experience in running a top level, world famous event over a period of more than twenty five years that enables them to organise a successful championship. 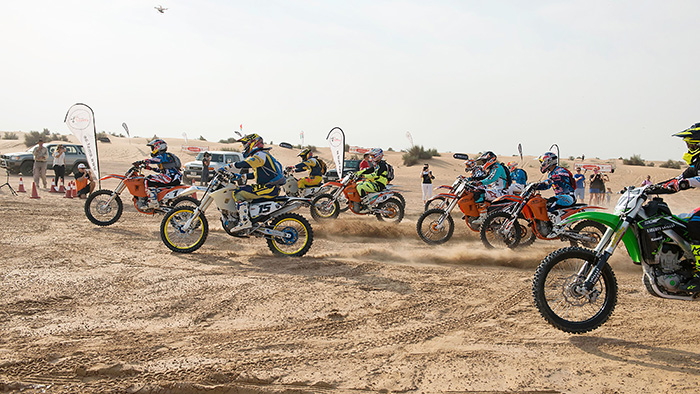 “What we try to do is essentially scale down the Desert Challenge to a smaller, one day event. This allows us to be more accessible for our competitors, without compromising on our safety infrastructure, such as GPS tracking and medical cover”, says ATCUAE President Mohammed Ben Sulayem, who founded the Desert Challenge back in 1991.

“We appreciate that the vast majority of those taking part are amateurs having fun, so we have created a format that allows them to come out early and do the race, but then be done by midday and have the rest of their Friday to spend with their friends and family. That has been the key to such great entry numbers year after year.” 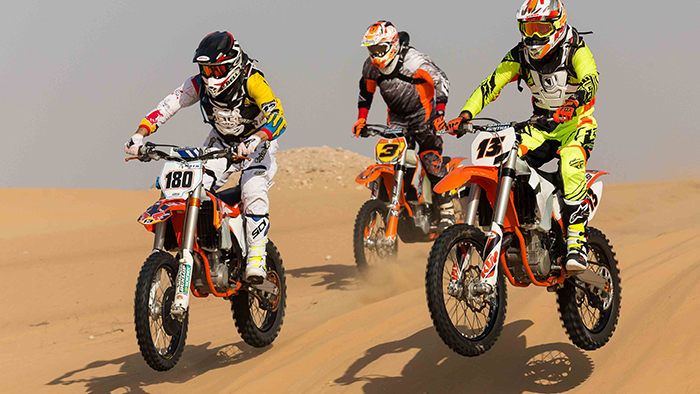 (From left), Owen Glynn, David McBride and Shannon O’Connor fighting it out in the Masters Class for riders over 40 years old

Since its inception the championship has not only proved popular with local competitors, but has also been able to attract big name international competitors to the UAE, including Simon Pavey (from TV’s “Race to Dakar”), CS Santosh (India’s most famous motorcyclist and the first of his nationality to compete in or finish the Dakar Rally), and Qatari quad rider Mohammed Abu Issa (a multiple Abu Dhabi Desert Challenge winner). However, a major coup in the history of the championship was the participation of five time Dakar Rally winner Marc Coma at the final round of the 2014-15 season. Riders of this caliber are attracted by the fabulous terrain of the UAE, and the training opportunities it allows them ahead of high level events. The fact that Coma only came seventh when he raced also suggests that the standard of competition isn’t bad either! 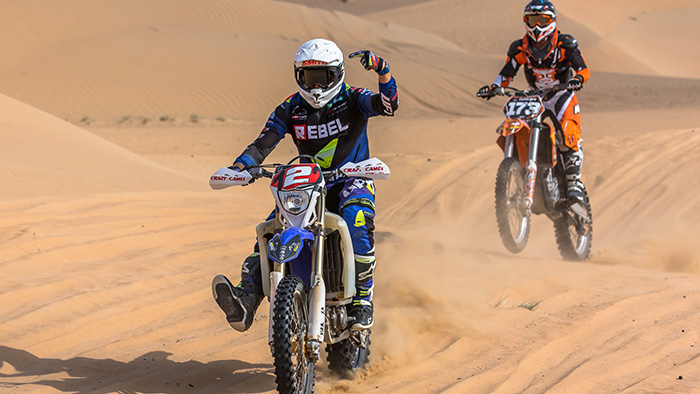 Sam Smith (UK) on a Yamaha with a broken foot peg 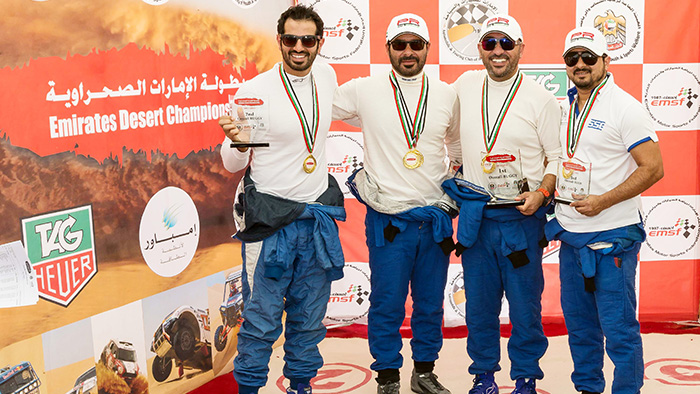 Meanwhile, Khalid Al Jafla was crowned overall Car winner in his FIA T3-Spec Polaris Razor, while Ahmed Al Fahim regained his Buggy category title that he first won in 2013-14 to be the championship’s first repeat champion in its three year history.

The 2016-17 Emirates Desert Championship season will take place over five rounds between October and February: