What does a third century Queen of the Palmryrene Empire in Syria and a world famous shipwreck have in common? They both go by the name ‘Zenobia’.

While I do like a bit of history, the prospect of diving on what is widely recognised as one of the top ten dive sites in the world enthralled me. So several hundreds of years after Queen Zenobia led a famous revolt against the Roman Empire it was with great anticipation that I set off for Cyprus with fellow members of the Sharjah Wanderers Dive Club (BSAC406) for our 2016 ‘big Eid’ trip.

While the UAE has many excellent dive sites and year round diving, we try to take advantage of the Eid al Adha holiday each year to arrange a trip to somewhere that combines diving and an opportunity to learn more about the region. Past years have seen successful trips to Oman, Egypt and a club favourite, Beirut. With our ex-Chairman Mike Dalton now in semi-retirement in Cyprus, it was decided that our 2016 ‘big Eid’ trip would be to dive the MS Zenobia. 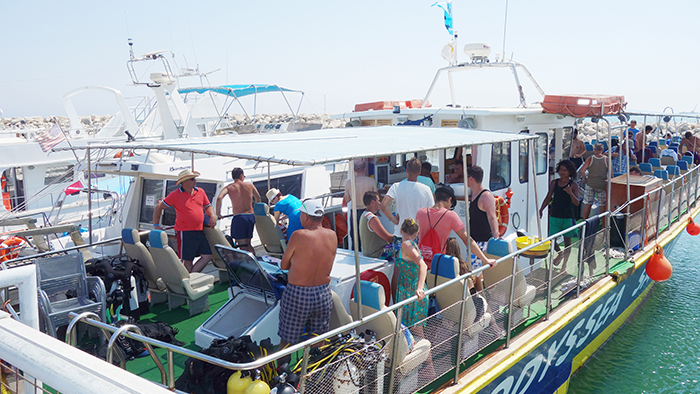 The Zenobia was a ‘ro-ro’ ferry built in Sweden and launched in 1979. On its maiden voyage,carrying 104 Volvo lorries and the captain’s car, it experienced ballasting problems resulting in a severe list to port that could not be recovered and the ship sank on 7th June 1980 barely 1500m offshore from Larnacaport, taking her estimated £200 million worth of cargo to the seabed.

With an early departure time and a four-hour flight from Dubai we arrived in sunny Cyprus by mid-morning and were checked into our accommodation for the weekend by early afternoon.Well, most of us;unfortunately two of our party were ‘bounced’ due to an over-booked flight and did not arrive until the next day! Home for the weekend would be the Sun Hall Beach Apartments, ideally positioned on the promenade overlooking Phinikoudes Beach and barely five minutes walk from the Larnaca Marina. 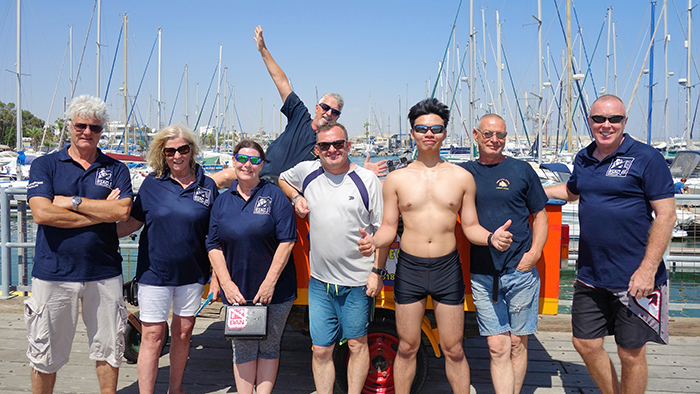 Alexandros Papandreou (Alex), Director at Nemo Dive Center, would be our lead guide and arrangements had been made with him to complete the registration formalities on the afternoon of our arrival to enable a prompt start to the diving the next day. Alex has been diving on the Zenobia since it sank and has extensive knowledge of the wreck. His enthusiasm was infectious and it was with great anticipation that we savoured our first dive.

Our dive boat was to be the ‘Pirate’ out of Limassol under the control of Captain Christakis. With the wreck barely 1500m from shore we prepared our dive equipment in the Marina before heading out to the dive site.

During the briefing, Alex, joined by Tony Regan (Dive Master),provided an overview of the wreck and explained that the first dive would be to familiarise the divers with the layout. 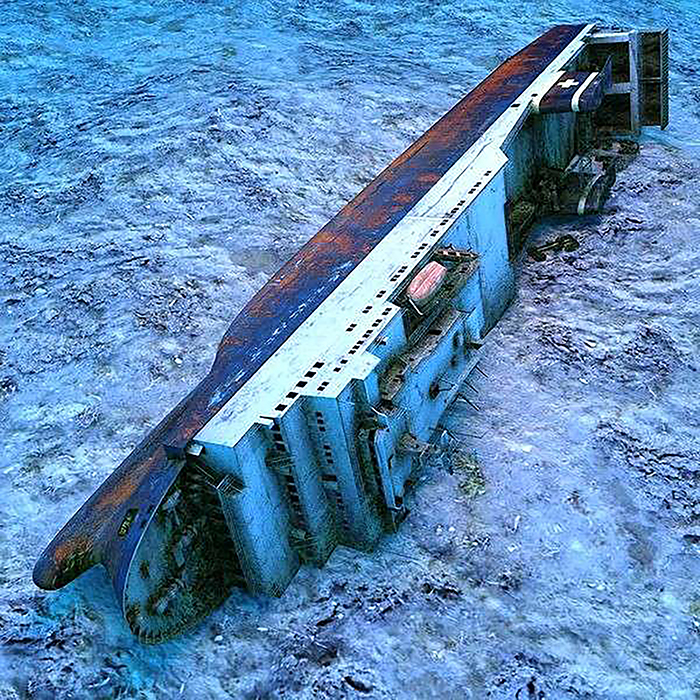 Tying up to one of several permanent buoys,we could see the outline of the wreck some 18m below the ‘Pirate’. However, it was on entering the water that the amazing visibility truly became apparent. Descending along the mid-ship buoy line, the 25-30m visibility revealed the full scale of the vessel. On this first dive we swam under the starboard funnel towards the cargo ramps and round to see the starboard propeller before returning to the mid-ship buoy line for a slow controlled ascent. 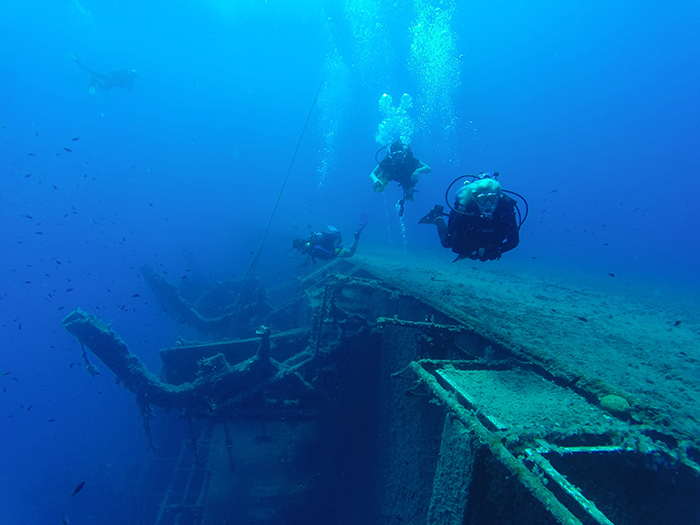 On subsequent dives we explored more areas of this fascinating wreck including the bow, bridge, accommodation area and upper cargo deck, all of which revealed their secrets and a glimpse into the past of this fascinating wreck. The swim through the upper cargo deck on day two was particularly exciting, effectively diving through a huge man-made cave where more trucks and debris could be seen. While many areas have easy access with plenty of natural light, entering wrecks should only be undertaken after specialised training due to the inherent risks associated with diving in an overhead environment.

Despite having been beneath the waves for almost 40 years the wreck is in excellent condition. Numerous trucks are scattered like toys on the seabed and around the decks. Unlike wrecks in the Gulf, where the shallow warm waters encourage life, the Zenobia has very little marine growth such as soft corals and barnacles. However, several species of fish were seen including two-banded sea bream, snappers, groupers and lion fish. 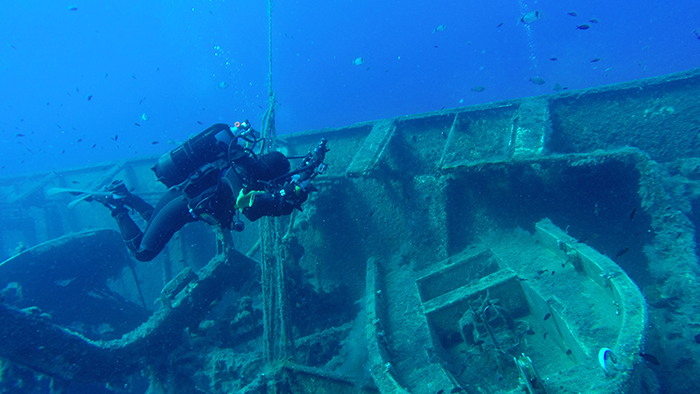 After each day’s diving we were treated to a barbeque meal by Captain Christakis and his crew as we made the short journey back to Larnaca harbour.

The diving was our main reason for visiting Larnaca but the town offered many interesting places to explore on our ‘down-time’ including a Byzantine medieval castle, Hala Sultan Tekke mosque and the church of St. Lazarus with its beautiful architecture and adornments.

Our long weekend in Cyprus was soon over but the Zenobia, the country and the people left a lasting impression which means we will return!

The BSAC 406 members on the trip were Ian, Cathy, Mike, Wendy, Davidson and Geoff. More information about BSAC 406 can be found on our website, www.bsac406.com

How to get there?
Both Emirates (from Dubai) and Etihad (from Abu Dhabi) have direct flights to Larnaca.

Where to stay?
There are several accommodation options. The Sun Hall Apartments overlook Phinikoudes Beach and are conveniently located for the Marina and food outlets.