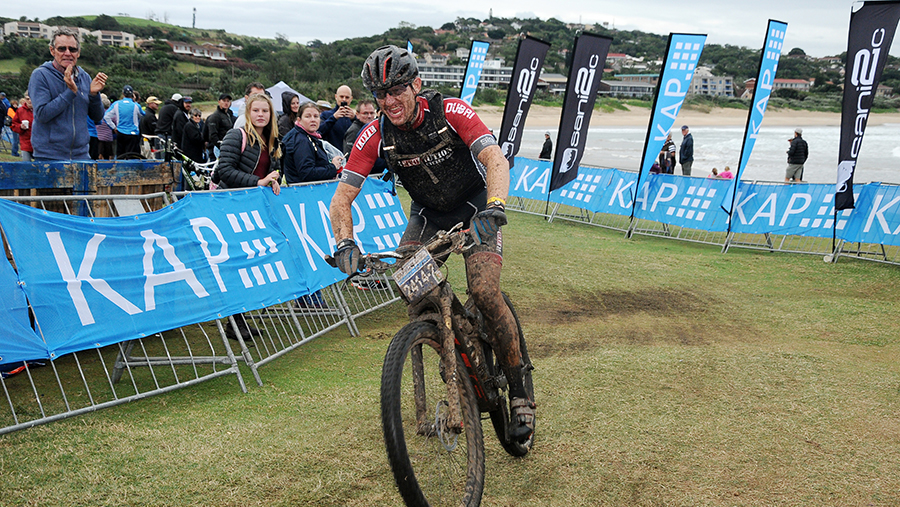 The Dubai cycling scene has seen a paradigm change in recent years. State of the art cycling tracks are being constructed, more cycling races are conducted and the enthusiasm of participation is like never before.

Stewart Howison is a passionate cyclist who has not only witnessed but also contributed to Dubai’s robust cycling makeover. He strongly believes that cycling is a way to clear his mind and start his day with a fulfilling dose of endorphins! 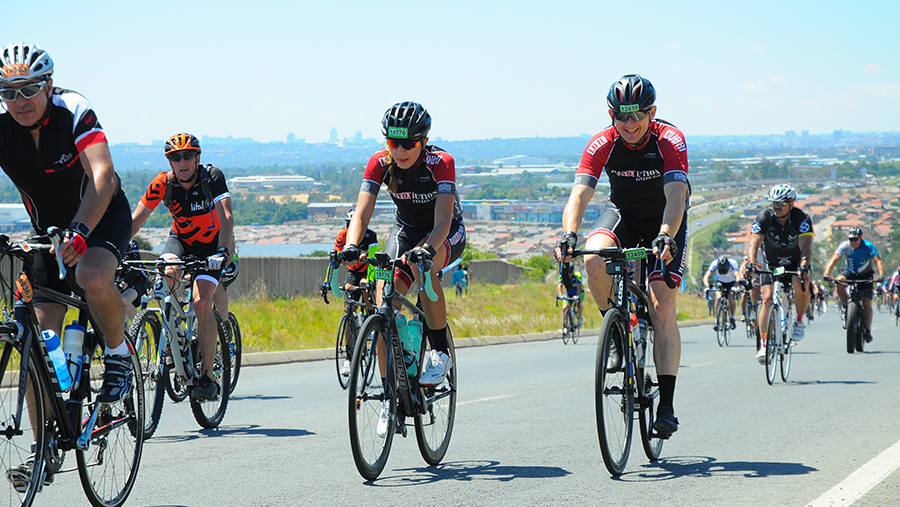 1. Trace your cycling journey from the time you started till present.
I got my first road bike at the age of eight and from then onwards, it has been a journey that followed me to the UAE. Having taken part in many social and club races over the years, I began to find that I had not only a passion for racing but I was also intrigued in the organizational side of races and how they are put together. My curiosity and my love for a challenge lead me to take a different role, more as a Race Director than an entrant. 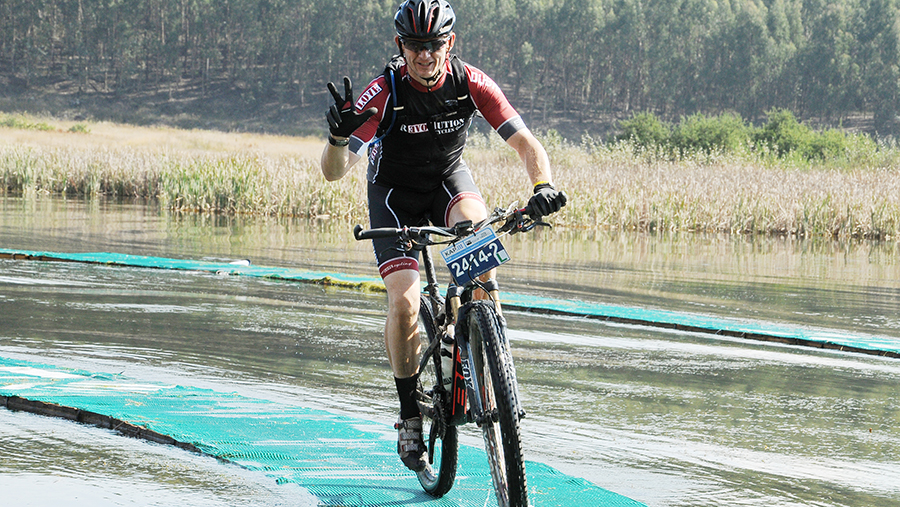 2. What has kept you hooked to cycling?
First of all, my love for the sport kept me hooked. Also, being the owner of a cycle shop here in Dubai –“Revolution Cycles Dubai”, kept me connected and involved in the sport. Generally speaking, running a business is a stressful job and for me, cycling has always been a way to release tension and a great medium for keeping fit. Nothing helps clear my mind like a good bike ride!

3. You have been in UAE for a decade now. How has the UAE cycling scene evolved in this time frame?
Cycling here has certainly come a very long way. Earlier, cycling was seen mostly as an expat sport with very few local Emirati riders taking it as an option of social exercise. Over the years, it’s so amazing to see the local social teams taking the sport to heart and making it their own. The support of the Royal family toward the cycling community has probably been the biggest driving force towards the success and growth of the sport. I see more and more people every day on the track, from every walk of life, age and background. A lot more parents cycle with their children nowadays, using the amazing cycling track facilities. 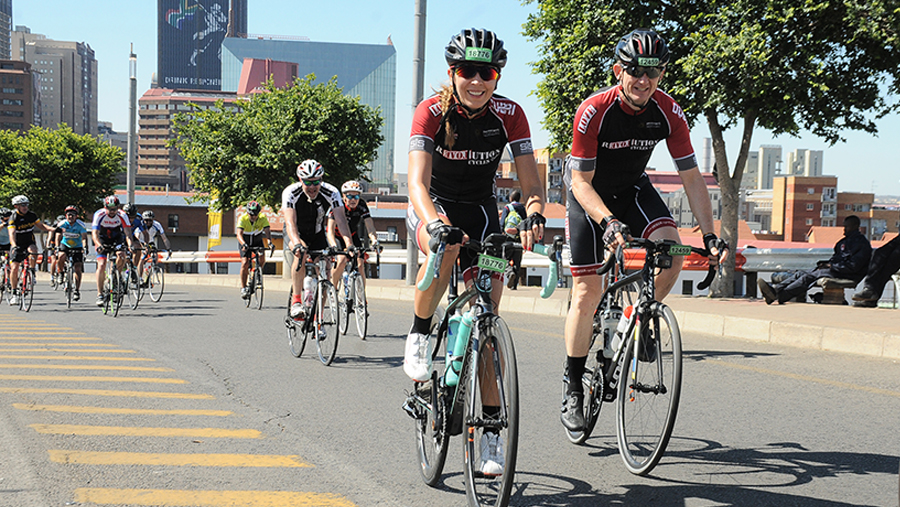 4. According to you, what measures should be taken to get more people hooked to this two-wheeled activity like in many of the European countries?
I feel that Dubai is certainly leading the way on this and is on the right path. The RTA has committed to more cycle tracks and paths and this is certainly the way to get more people on bikes. The safer we cyclists feel on bikes, the more we can ride and the more people will get on bikes.

5. How do you face the challenge of hot summers as far as cycling is concerned?
No matter where you are in the world, the fact is that there is never going to be 365 days of perfect weather to cycle. The conditions vary from snow and rain to hot and cold and it’s just a matter of changing how and when you ride. Obviously, here in the UAE in summer we either ride earlier or later in the day. The great thing about the cycling tracks is that we can even ride at midnight and still be safe. We certainly need to take into account that we prepare correctly with appropriate breathable clothing and supplements with loads of fluid (with electrolytes).

6. Apart from the weather, any other challenges that cyclists face in UAE?
I would say like most developed and developing cities, the biggest issue here is the motorized traffic. Unfortunately, road users obviously don’t look out for cyclists as much as we want them to. Hence, we as cyclists just need to take extra care and be ultra visible and always think like the cars can’t see us. 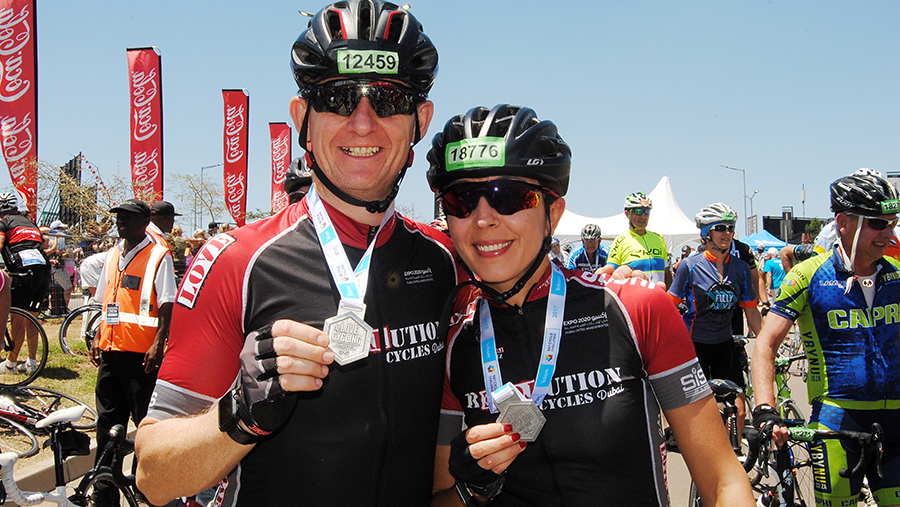 7. Any memorable moment pertaining to cycling?
I recall cycling down the Al Qudra Road a few years back when we were stopped by the RTA. I was thinking that we were in trouble for riding on the roads. We were advised that His Highness Sheikh Mohammed bin Rashid Al Maktoum, the Vice President and Prime Minister of the United Arab Emirates and the Ruler of the Emirate of Dubai, had seen cyclists on the road and he felt that it was rather dangerous. However, he did not want to ban cycling but rather wanted to encourage it, to the extent that he was planning to build a cycling track and I was asked if I could offer any advice on what would be good on this matter. In this way, I have started a long-term relationship with the RTA and the Engineers Office to offer advice and support on the cycling tracks in many areas, such as Dubai Marina, Mirdif, Al Khawaneej, District One (Mohammed Bin Rashid City) and of course the Al Qudra Cycle Track.

8. Any targets to be accomplished?
I would like to do another Sub-3 Hour race in the Cape Town Cycle Tour, which is the largest cycle race in the World and takes place every year in Cape Town, South Africa with over 35,000 riders participating. 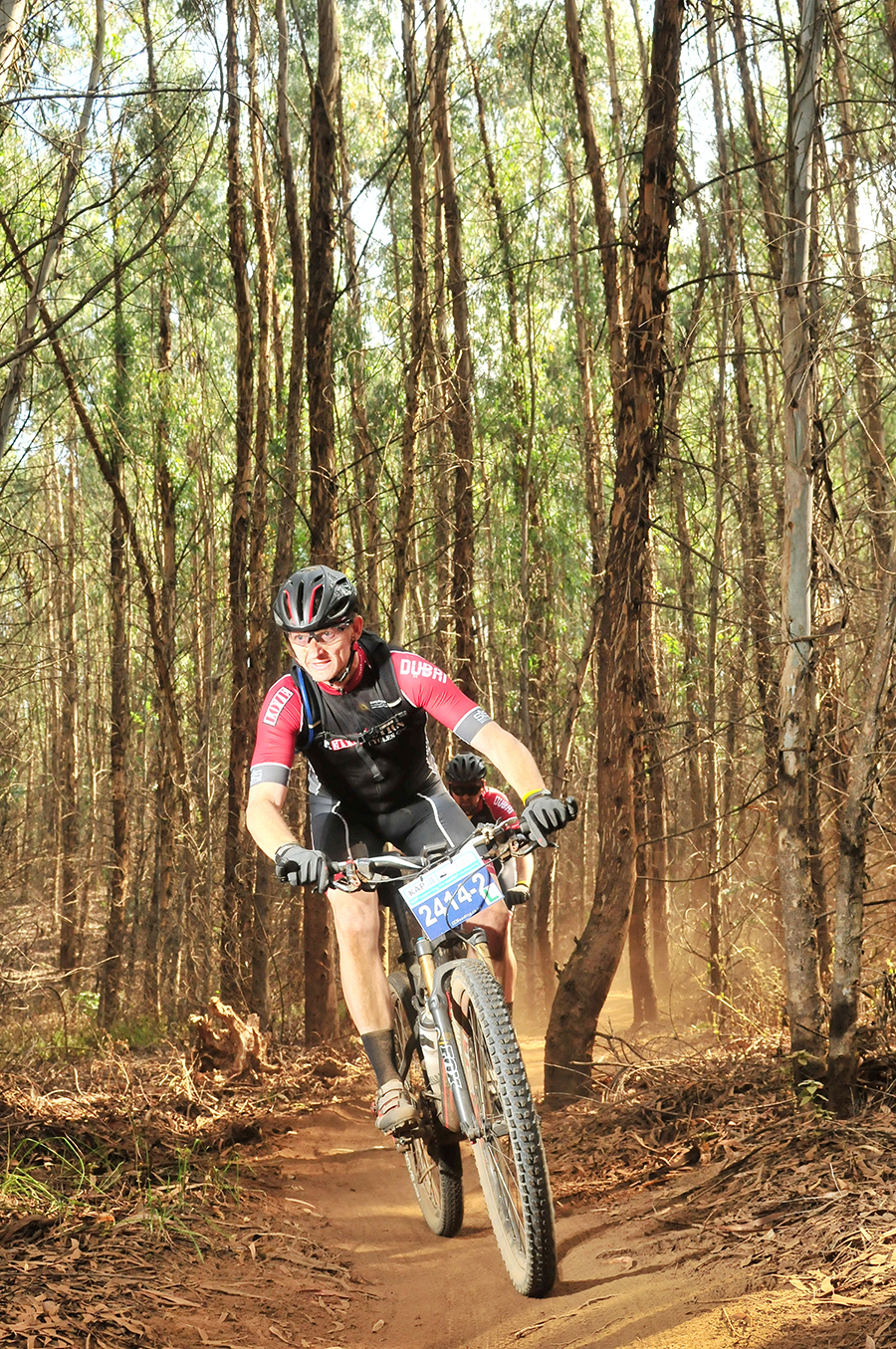 9. Any cycling event that you look forward to in near future?
I would like to take on a few races in the Alps. Probably “Raid Pyrenean,” which is one of Europe’s greatest road cycling challenges.

10. Any wise words to encourage people into cycling?
If you have not yet taken a bike out for a weekend on one of the amazing cycle tracks in Dubai, you should. A whole new world of freedom and adventure awaits you! ■