In the latest Red Bull Challenge: Markus ‘Max’ Stöckl hits a Top Speed of 167.6km/h on a Standard Mountain Bike

For two years, Markus ‘Max’ Stöckl laid out a plan to put himself in the record books yet again. 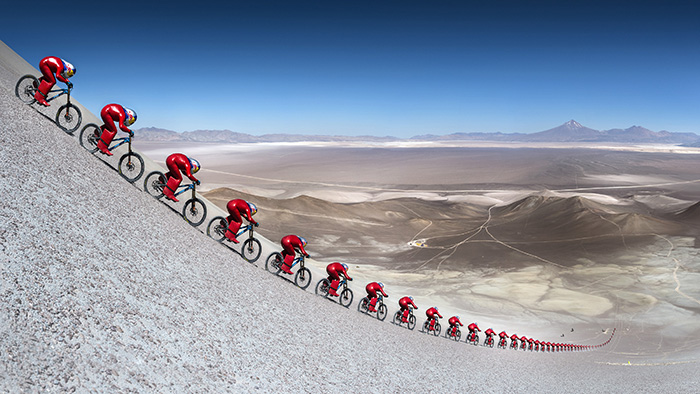 And in just 11 seconds and at a speed of 167.6km/h with a standard mountain bike, whose components you could buy yourself in the high street, he reached that speed hurtling down a mountain with no name in Chile’s Atacama desert.

Stöckl has a penchant for the record books. Brought up in the Austrian mountains, his thirst for speed was established at a young age, his place in the speed annuals first cemented in 1999.
In the interim, records have been set at the French ski resort of Les Arcs and on a volcano in Nicaragua among others. For his latest attempt on 13 December – sealed following eight practice runs – it was the barren Chilean desert with barely anything in sight from the 4,000 meter highest point from which he set off. 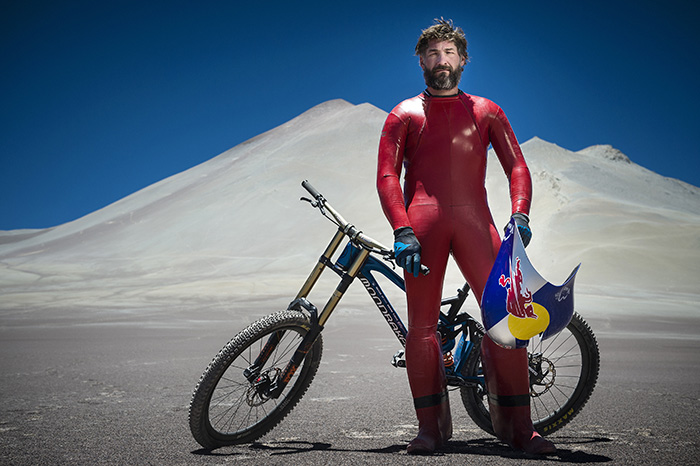 With the gravel slope of 45 degrees deemed the perfect angle for his record, the 43-year-old’s pulse hit the 170 beats per minute mark, the wind whistling past his ears on a 1,200-metre descent in a place 11,000km’s from his home in Austria’s Tyrol Mountains.

Speaking emotionally moments after the finish and his latest record, he said:
“I’m back on the mountain without a name in the middle of the desert. It’s tricky because it’s all rocky and loose at the start. It was such a long time getting here and standing up there we already cried at the start but it was great fun.” 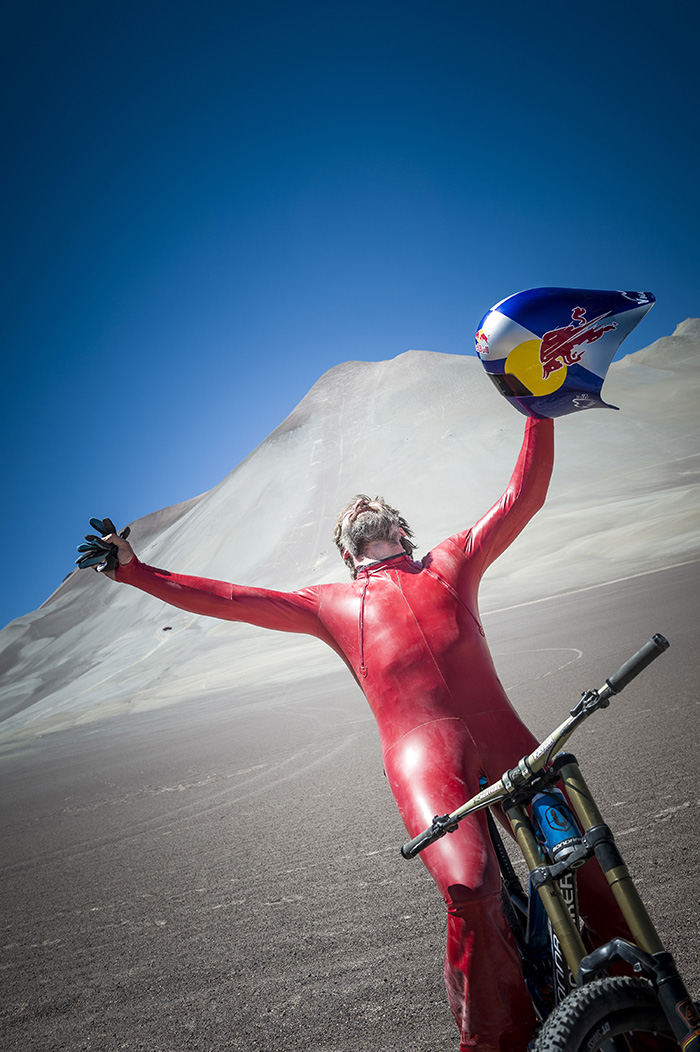 But for Stöckl, as thrilling as the successful record attempt was, it was just as much about the two years in its making.

“The whole project is an adventure,” he said. “This is the top bit of it but also travelling here with all the stuff and making our way through the middle of the desert.”

His journey to 100km/h and then 120, he insisted, was straight forward but, as the descent ran out, the increased speed was harder to come by.

“It’s hard to reach top speed,” he explained. “After 160, each km/h is a huge effort. If you want to reach a certain goal then you have to put it all in.” 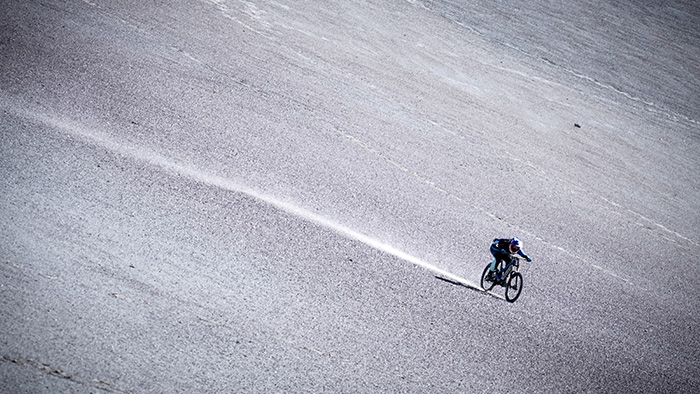 Stöckl was a sight to behold on the bike. In a specially designed, figure-hugging suit, he effectively had rudders attached to his legs under the material and a helmet made of two parts – the first a normal helmet, the second aerodynamically designed to ensure the least air resistance possible, the logic being the less air resistance, the quicker he could go.

The carbon-fiber helmet, outfit and bike were all tested in a wind tunnel to find the best design and seating position for his latest record attempt.

But perhaps the most notable part of the record attempt is that the bike is one that you or I could put together… albeit with some effort and expertise.

“It’s a standard mountain bike so there’s no part on the bike that you cannot buy,” he added. “Sure, it’s a high-end bike with the best parts of it but you can buy any part, nothing has been specially made.” 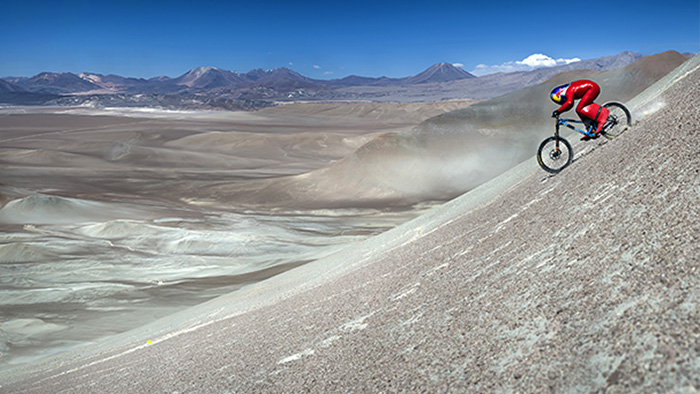 The preparation to get there included testing runs on all manner of surfaces from the snow of home to the Chilean mountains, including his fair share of falls, unsurprising with the speeds in question.

Whether this latest record has quenched his thirst for the record books remains to be seen. Lying on the ground fresh after the attempt, he spoke of a desire to return home to his family.

But after his previous record in Nicaragua, he said the fires still burned inside. That volcano run, in his mind, “wasn’t fun enough – it wasn’t a real challenge”. But in Chile he claims to have found that. 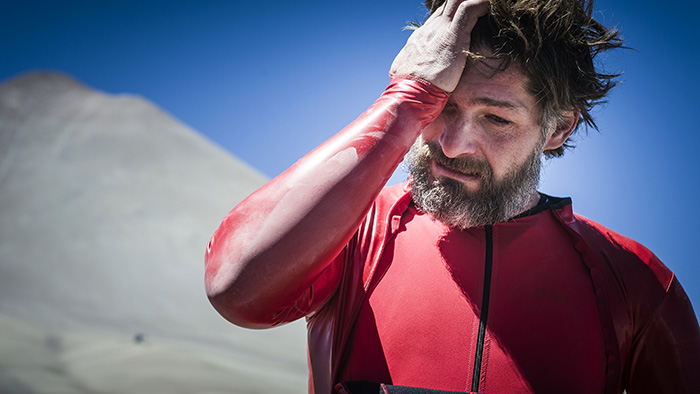 “It’s important that it feels like an adventure,” he said. “We are travelling to another continent, heading into the desert for countless hours, sleeping in tents under the mountain with a good bunch of guys – it all makes for so much excitement. You never know what is going to happen from a start point before you try it.”

The footage of his bike firing out a cloud of dust, visible from some distance, suggests the record itself was fairly straightforward but Stöckl admits to being perpetually on the precipice of just one wrong move, his only protection being a built-in airbag to his riding outfit. This is what he had to say about the experience of the actual ride itself:

“When above 160km/h, each and every extra kilometre per hour requires an enormous effort. If you want to get an idea of the air resistance, you only have to stick your hand out of the car window when you’re driving at 150 or 160 km/h. This force has an impact on the bike and the entire body. Even though I’m no weakling, physically it is something that I have to contend with too!”

To follow Markus ‘Max’ Stöckl future Challenges keep an eye out for more of his exploits in future editions of OutdoorUAE Magazine.