Emirati Al Maqoodi has only made a limited appearance in the championship since winning the title two years ago due to other commitments, but was delighted with the victory. 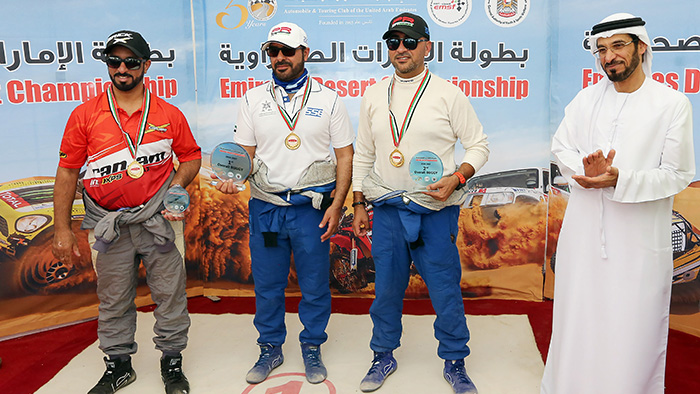 “It feels great to be racing again, and I’m delighted with the win. It was a great result for our team, as we also secured second and fifth places too”, said Al Maqoodi. 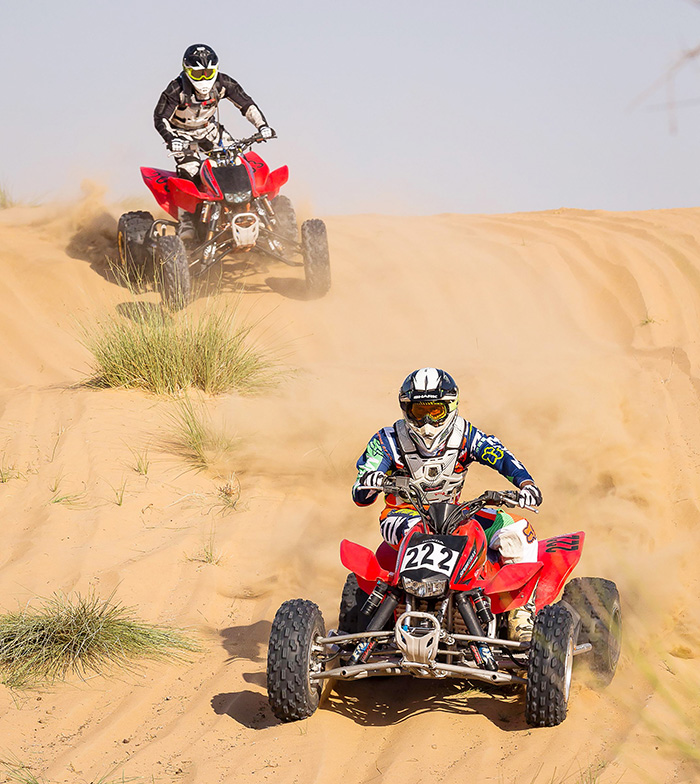 Al Maqoodi was part of a record entry in the BUGGY category, with the ‘Side-by-Side’ buggies manufactured by the likes of Polaris, Yamaha and CanAm now being viewed by many in the sport as a great alternative to a full sized rally car. 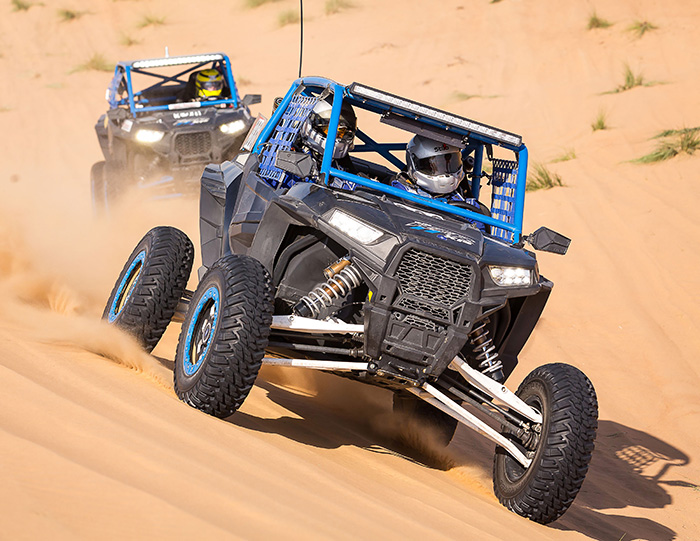 “I see great potential in these vehicles as they are a lower cost, entry level vehicle, not to mention extremely fun to drive”, said ATCUAE President Mohammed Ben Sulayem.

“There are thousands of these vehicles in the UAE and many are owned by young Emiratis. We want to encourage them to come racing in the championship where they can challenge themselves and their vehicles, safe in the knowledge that they are in a well-managed and safe environment”. 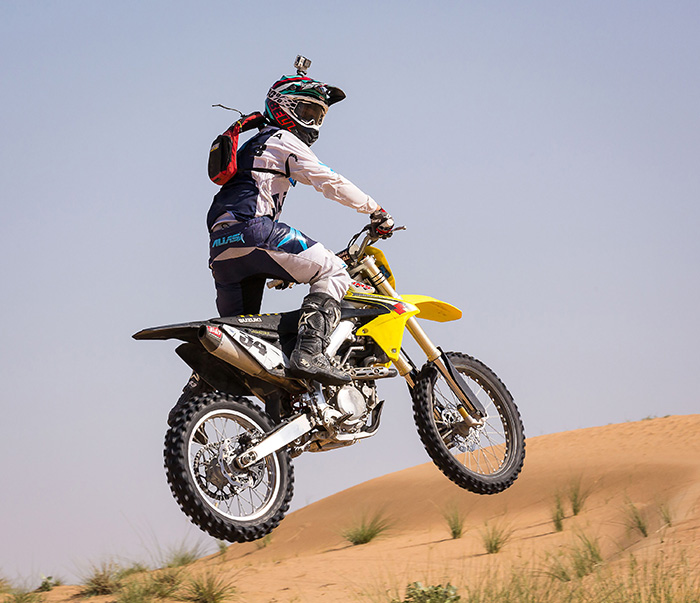 Elsewhere, Georgy Gomshiashvili and co-driver Jordan Beale picked up their first race win in the AUTO category in their T1 Class Predator. 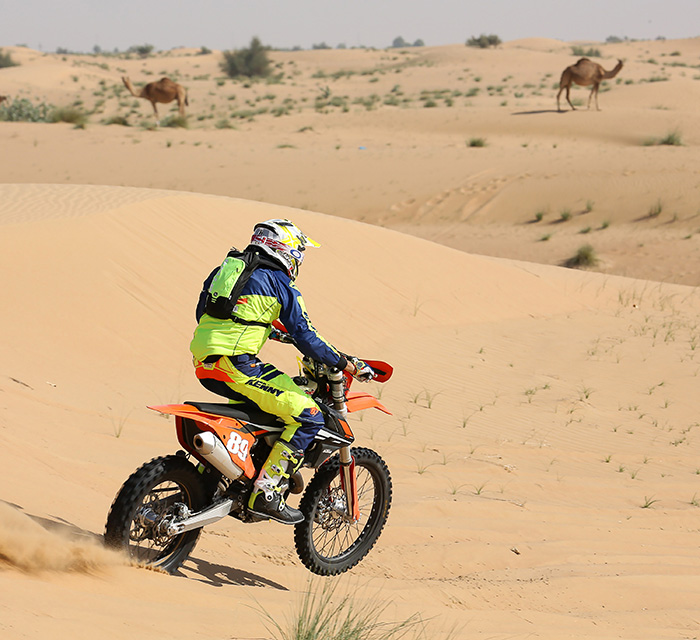 In the MOTORCYCLE race, South African rider Josh Brodalka caused a big upset by taking a debut win, with Mohammed Al Balooshi second and Aaron Mare in third place. Reigning champion Ross Runnalls crashed while leading the race, but escaped with minor injuries. Balooshi’s second place followed a third place in the opening round and means that he now leads the
motorcycle championship. 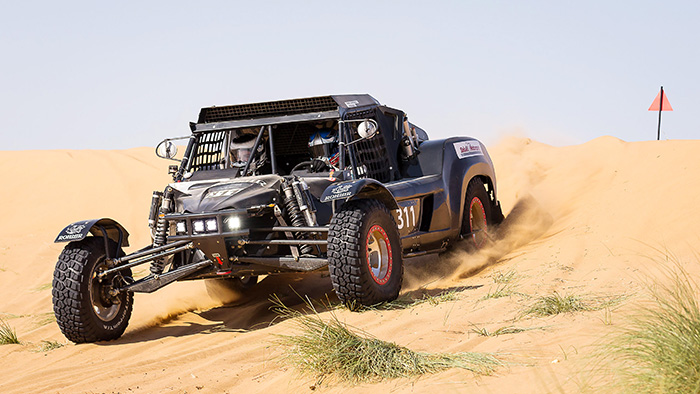 Finally, QUAD rider Emirati Obaid Al Kitbe continued his good run of form since returning to the sport, picking up his first win, amazingly becoming the sixth different winner in the last seven races stretching back to the start of last season, which highlights the close and exciting competition among the quads. 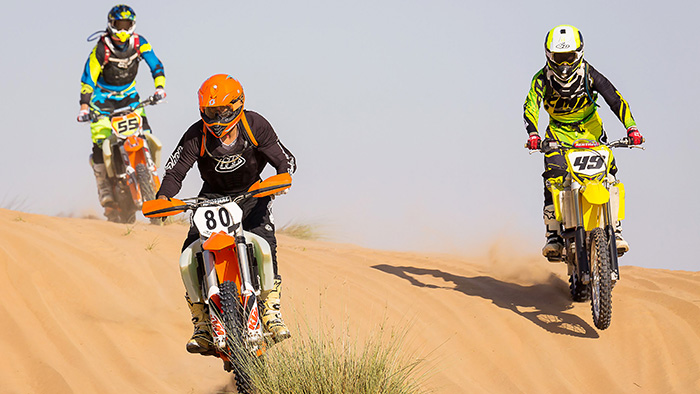 The Emirates Desert Championship is a five round series organized by the Automobile & Touring Club of the UAE (ATCUAE) and the Emirates Motor Sport Federation (EMSF). With two rounds now completed, the championship now enters a break period, with round three scheduled for Friday 20th January 2017. 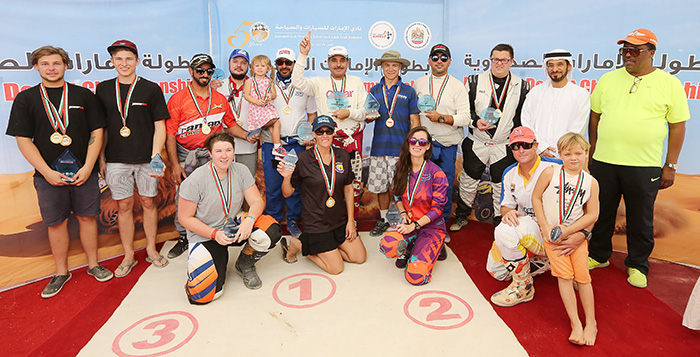