Adventure for a cause: Women only Himalayan Moto Expedition

Many female climbers have conquered the Himalayas since the 1970’s,including Wanda Rutkiewicz; the first female to summit K2. None of them accepted the conventional idea of women being inferior. They blazed a trail that women have been following ever since, and it is no longer unusual to hear about women climbing 8000 meter peaks. 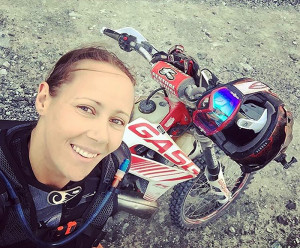 Just like Wanda Rutkiewicz, there are women who love mountains, love the Himalayas, and love motorcycling. Wanting to show the world that despite being considered to be ‘fragile’ creatures, they can be strong and they too have their own Everests to climb, a group of passionate and intrepid motorcycle travel enthusiasts will kick off a “women only” Himalayan Moto Expedition in August this year.

Each one of them has their own personal goals, but one goal that they all share is to face and overcome real challenges, experience riding in extreme conditions and visit the Himalayas, all whilst drawing attention to a great cause. Because this adventure represents more than their enthusiasm. What makes it even more extraordinary is a decision to dedicate their Himalayan Expedition to helping children in need. They believe that with their unique project they can effectively draw more attention to the plight of children who are currently in a coma. 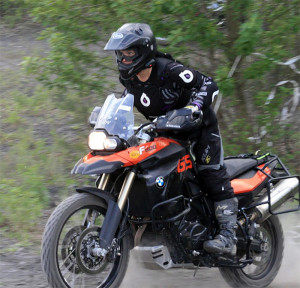 Although they live in different countries around the world, most of the women taking part in the expedition are Polish, and therefore wanted to support a Polish NGO. Their choice was a charitable foundation begun by a well-known Polish actress, Ewa Blaszczyk, that supports a revolutionary clinic called “The Alarm Clock Clinic”. Specialising in treating children who are comatose as a result of serious brain injuries, The Alarm Clock Clinic has received support on many fronts and has, in the last two years, awakened 21 children.

The majority of participants have years of extensive experience riding motorcycles. They participate in other motorcycle tours, ride off road for fun or use motorcycles as their means of transportation; it all accounts for the preparation process. That also includes choosing the right gear for the expedition. Such a trip requires light packing and limiting items to essentials only (forget about the heels!). Apart from the first and the last night, and maybe two nights somewhere on the way, specially prepared camps will be their home for most of the time, which is as exciting as it is challenging due to the high altitudes that they will face. Therefore, necessary medical equipment and even oxygen, for those not used to such an environment, will be also provided.

By day, these women work in banks, offices and hospitals in countries around the world. They have husbands, partners, children and everyday responsibilities. They live normal lives. They come from France, Germany, Hungary, Ireland, Italy, Poland, Spain and Switzerland with one of them living in Dubai who will represent the U.A.E. on the expedition (the bios are available on their webpage). What connects and distinguishes them is their passion. 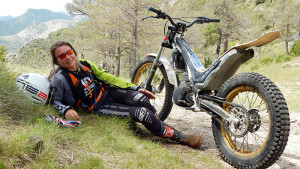 The originator and driving force behind the expedition is a woman with tons of experience in coordinating motorcycle touring expeditions around the world who is also the co-founder of Advfactory, an adventure touring fulfillment company. Contacting all her female friends, she offered them the opportunity to participate in this Himalayan expedition and, given their shared passion for motorcycle touring, spots were quickly filled. The enthusiastic response was overwhelming, and a second group had to be created, with an additional two weeks scheduled that will take the official completion date to August 27th. 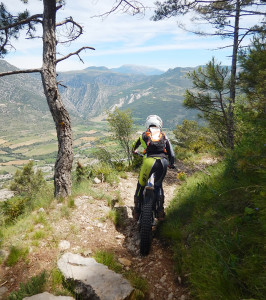 Various participants have been devoted to getting the expedition off the ground over the past few months, working together and contributing their individual skills to make this “women only” Himalayan Expedition something truly special. It has been challenging, as they are all scattered around the world, but distance does not matter when you are working for a cause like theirs. Their combined effort has produced a webpage, logos, t-shirts, stickers, and many more promotional materials – all for the cause, all freely given, and all very exciting! 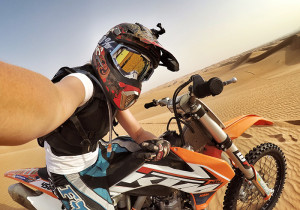 The expedition participants will be riding the legendary Royal Enfield Bullet 500 through the highest mountain range in the world, and traversing some of the highest passes accessible to vehicular traffic. Motorcycles will be rented from a local supplier in India, who have also provided a support car that will transport part of the luggage, spare parts and the necessary equipment for camping.

Across the 3500km that the expedition will tour – including dozens of mountain passes between 4000 and 5000km above sea level – the riders will visit schools in remote mountain areas visiting children who are literally ‘at the end of the world’ to bring joy and smiles to their lives. 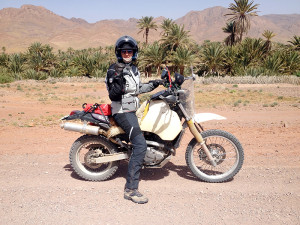 Working in conjunction with “The Alarm Clock Foundation”, the women of the expedition are committed to raising
funds for this extraordinary cause by spreading the word about the expedition and by partnering with others who share their enthusiasm. “Children are our future” is their shared belief and helping children in need is a common goal.

Donors wanting to support the cause have 2 ways to contribute:
• Matching kilometers driven on the expedition between August 4th and August 27th 2016 with 1 Polish Zloty, (PLN) or 1 UAE Dirham per kilometer

• Choosing a fixed amount to donate

Contact Moto Women Only Himalayan Expedition Team representative based in UAE today for more information, if you wish to support them and that amazing cause!