Olympic gold and silver medallists, Alistair and Jonathan Brownlee set to compete in the UAE capital on March 2 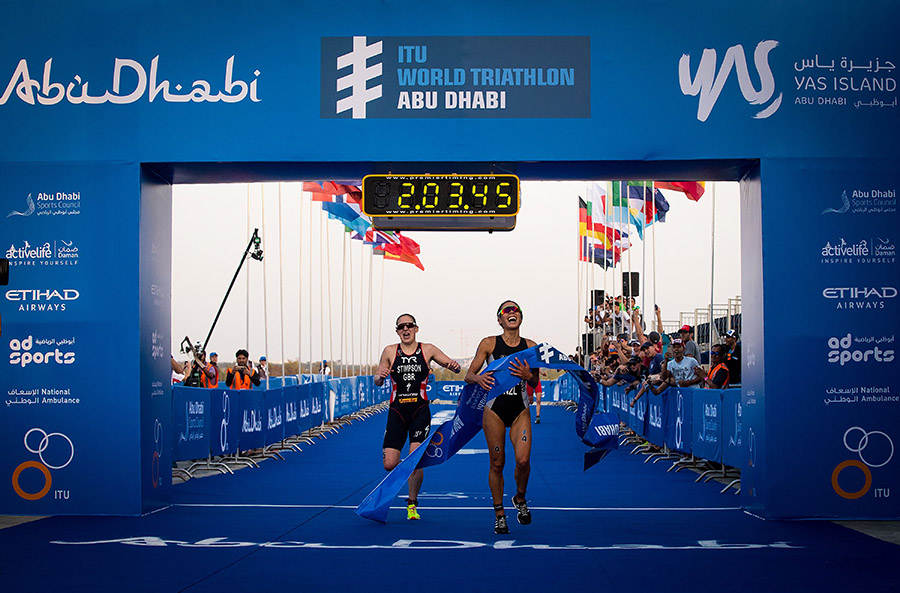 Superstars of elite triathlon will descend on the capital this March for the ITU World Triathlon Series Abu Dhabi 2018, with race organisers confirming that some of the most highly decorated athletes in the sport will compete between 2-3 March on Yas Island.

It was announced today that triathlon’s most recognisable duo, the Brownlee Brothers, Alistair and Jonathan, will both participate in the race. The fearsome duo, who have dominated the sport for over 10 years, provided one of the most inspiring moments in sporting history, when Alistair helped younger brother Jonathan across the finish line in ITU World Triathlon Series Grant Final 2016 in Cozumel, Mexico.

Commenting on his return to Abu Dhabi, Rio 2016 Olympic silver medallist Jonathan Brownlee said:
“Abu Dhabi is an awesome location for the season-opening WTS race – I raced on the Corniche course back in 2015, and am excited to check out the new course on Yas Island. The weather in March in Abu Dhabi will be perfect – a far cry from the conditions we have experienced in the UK this winter. Everyone knows that we both give 110% when we race and Abu Dhabi will be no different. We’ll definitely be putting on a show for the crowds in March!”

Jonathan’s brother, two-time Olympic gold medallist Alistair added: “I’m definitely keen to get out there and race in March – the new course on the F1 track looks really good for a sprint distance race. I’m looking forward to toeing the line against a top field in Abu Dhabi to see where I am after coming back from injury – it’s no secret that I’ll be looking to be competitive, especially with the Commonwealth Games coming up in April.”

The pair have shared phenomenal success throughout their careers, with over 40 ITU and ETU wins between them. Following Jonathan’s participation at the World Triathlon Series (WTS) Abu Dhabi 2015, where he finished 5th in the Men’s Elite category, the Brownlee Brothers went on to compete at the Rio 2016 Olympics, with Alistair claiming the gold and Jonathan picking up the silver medal. 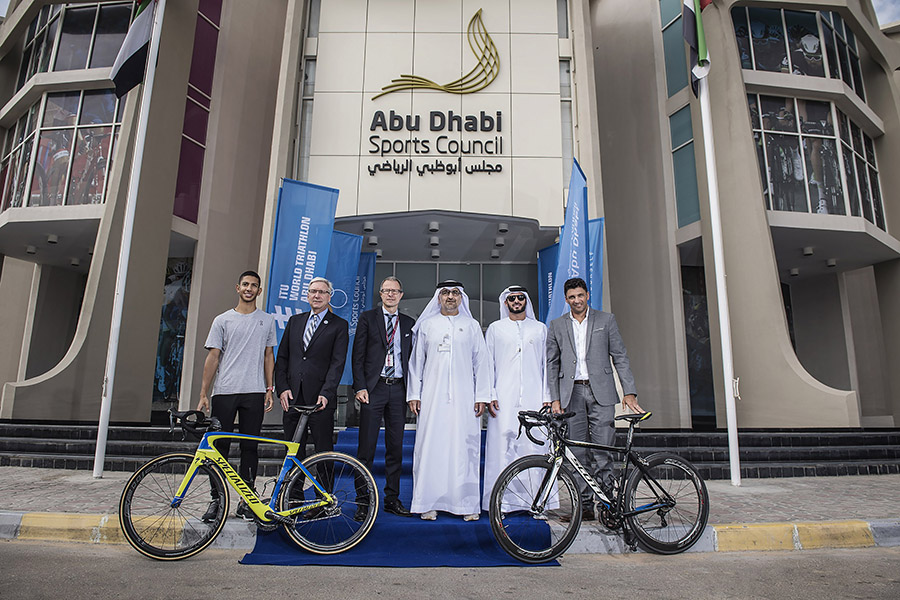 Organisers have also announced that the fourth edition of the ITU World Triathlon Abu Dhabi will be a test event for the Special Olympics World Games Abu Dhabi 2019. It will be the first time the region has hosted the Special Olympics World Games which are expected to see over 7,000 athletes descend on the UAE from 14 to 21 March 2019. The Games will feature a total of 22 sports, including triathlon which made its debut at the 2015 World Games in Los Angeles.

Commenting on the announcement, Peter Wheeler, CEO, Special Olympics World Games Abu Dhabi 2019 said, “The ITU World Triathlon Abu Dhabi is one of the most highly anticipated sporting events on the UAE’s calendar and we are delighted to be using this as a test event for the Special Olympics World Games Abu Dhabi 2019. The event, its ethos and desire to make sport inclusive mirrors our belief that anyone can enjoy and compete in sports. We’re extremely excited for race week and look forward to seeing all the participants and spectators cheering on their family, friends and sporting heroes.”

The star of last year’s women’s elite race, Andrea Hewitt will also return to Yas Island this spring to once again compete for the WTS Abu Dhabi title. Hewitt contested another of the most memorable finishes of the ITU World Triathlon Series calendar in the 2017 event against Jodie Stimpson, with Hewitt pipping defending champion, Stimpson to first place by a matter of steps on the iconic blue carpet. Hewitt will once again toe the line in a bid to pick up the first honours of the 2018 season, between 2-3 March.

Hoping to retain her WTS Abu Dhabi title, Andrea Hewitt commented; “I’m delighted to be returning to Abu Dhabi this year, a place that holds some amazing memories for me following my first-place finish last year. The 2017 race was a turning point for me both personally and professionally. I had trained so hard, went into the race in good form and knew that I had a chance of doing well. To pick up the gold-medal, the way I did, it was an overwhelming sense of emotion – I think that showed at the finish line. That victory would not have been possible, had it not been for the fantastic support I received from family, friends and the triathlon community. I’m looking forward to seeing what this year’s race holds and with a bit of luck, I’ll be on the podium again!”

Introduced to triathlon in the early 2000’s, Hewitt went on to compete in her first triathlon in February 2005 and was crowned the U23 World Champion in September that same year. Since then she has gone on to compete at the highest level of the sport, representing New Zealand at three consecutive Olympic games – Beijing 2008, London 2012 and Rio de Janeiro 2016.

“It’s a really important year for me, especially with the Commonwealth Games in Australia this April. Although every race is different, it can be a huge boost to get the season off to a winning start and it helps create momentum going into your next race. The profile of triathlon is growing around the world, especially here in the Middle East where interest and attitudes to sport are changing rapidly and in such a positive way. It’s inspirational to see so many people getting behind the sport we love,” she added. 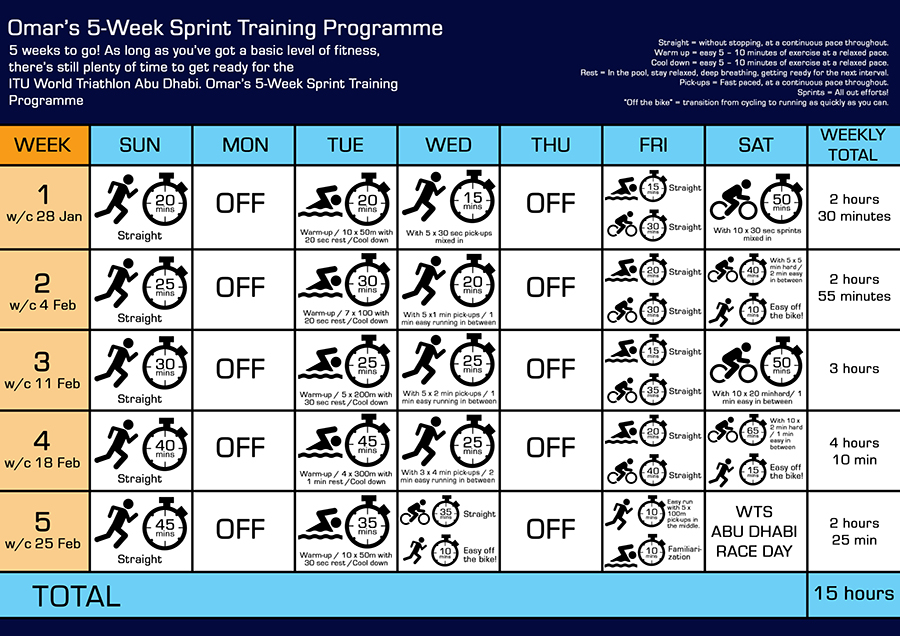 A mixture of elite, amateur (age-grouper) and junior triathletes will race across the picturesque island, taking in some of the most spectacular landmarks in the UAE. The elite and age-grouper courses, which were also announced today, will see triathletes swim in the waters of Yas Marina, before taking to the tracks of Yas Marina Circuit, the host of the Formula 1TM Etihad Airways Abu Dhabi Grand Prix. The iconic bike course then takes competitors onto the streets of Yas Island, cycling past the likes of the stunning Yas Links Golf Course; Ferrari World, the home of the world’s fastest rollercoaster; and Yas Mall, Abu Dhabi’s largest retail experience. For the final showpiece, competitors will cross the finish line on the famous ITU blue carpet on Yas Marina Circuit’s helipad.

Abu Dhabi has become the leading regional hub for triathlon, with over 3,500 triathletes, including 120 of the world’s best elites and 500 juniors expected to take to take part in the 2018 event.
Speaking at the press conference today, His Excellency Aref Al Awani, General Secretary of Abu Dhabi Sports Council said; “Triathlon is a sport which encompasses everything we work hard to achieve here at Abu Dhabi Sports Council – it welcomes people from all walks of life – irrespective of age, gender, nationality or ability – to search for that unique sense of achievement.”

“This particular event is special because it welcomes 120 of the world’s best triathletes, to race alongside seasoned amateurs, first-timers and children.I’m thrilled to announce that four of the most exciting triathletes in the world are confirmed to race in Abu Dhabi, where I’ll also be under-taking my first ever triathlon and I hope to see you all beside me on the start line in March!”

Age group participants will be able to choose from three course types, all ranging in distance. The variety of courses provides a distance to suite all levels of competitors, whilst giving all the chance to race alongside the likes of the Brownlee Brothers andAndrea Hewitt. The three distances available to age groupers are:

The ITU World triathlon Abu Dhabi 2018 will also see the return of the Junior Triathlon – a fun event aimed at encouraging youngsters to get active – which hosts race categories for children aged 5 – 15 years old. For juniors looking to take on a triathlon, there are four entry categories for the 2018 edition:

In addition to Age Groupers and Junior races, organisers have also confirmed that the 2018 global triathlon season-opener will feature dedicated waves for para-triathletes for the very first time. First timers and seasoned para-triathletes will also have the chance to rub shoulders and compete alongside inspirational heroes of Paralympic triathlon including; World and European Champion and Rio 2016 Paralympic Gold medallist, Andy Lewis and Mohamed Lahna, the Bronze medallist at the Rio 2016 Paralympics.

For international triathletes, organisers have created travel packages which include a choice of outstanding hotels located on Yas Island, which include access to state of the art training facilities, restaurants, entertainment and shopping. To find out more visit abudhabi.triathlon.org. ■