Via Ferrata – More than Just a Fancy Italian Name!

Fancy Italian names are in the UAE mostly associated with food dishes! But Via Ferrata has nothing to do with Italian food and is much more exciting. The direct translation would be “iron road” this Italian word is used internationally except for German-speaking countries where it’s called Klettersteig (climbing path). If you put the two translations together it gives a pretty good picture of what is hiding behind these names! 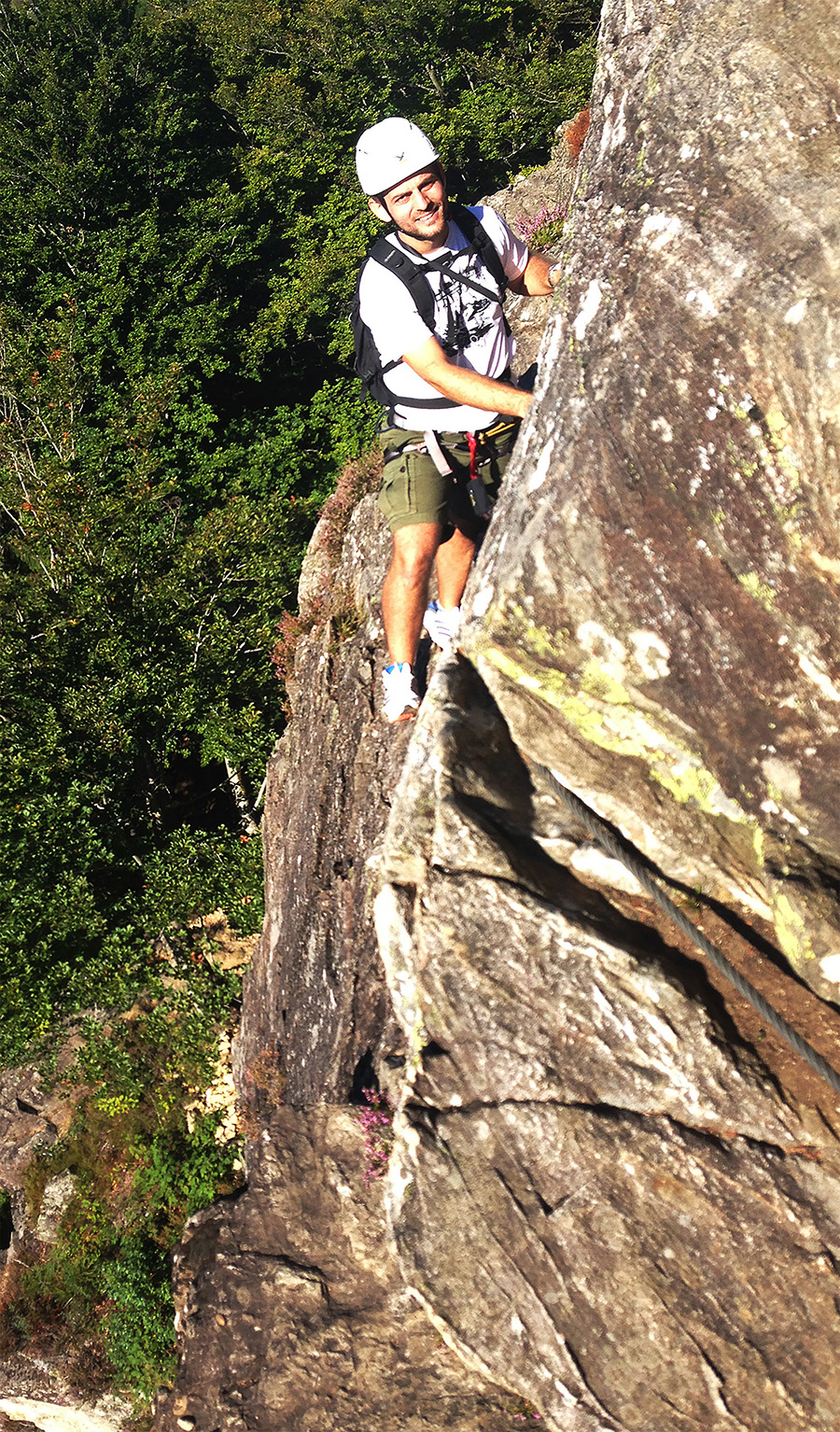 Daniel – an easy klettersteig at his home in Germany

A Via Ferrata is an exposed or technical section on a mountain path or cliff face which is equipped with helping aids, to make the passage more secure. The history of the Via Ferrata dates back to the 19th century but they became more popular during the First and Second World War’s when the French, Italian and German militaries built many supply and access routes in the steep and tough regions of the Alps, Tyrol and Dolomites. After the war tourism and mountain sports picked up on the concept to make remote places accessible and to provide inexperienced people a thrilling taste of rock climbing and mountaineering. 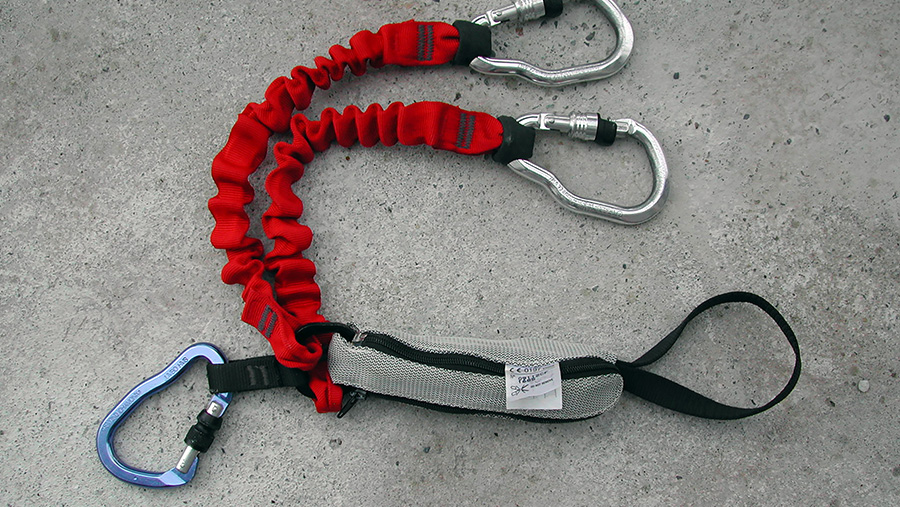 Mainly the helping aids are steel cables which are permanently fixed to anchors in the rock. The cables are not for you to hold on to, you clip your safety line to them in case you slip or fall. You might also find ladders, metal step rings or bridges and other fun structures depending on your chosen Via Ferrata. 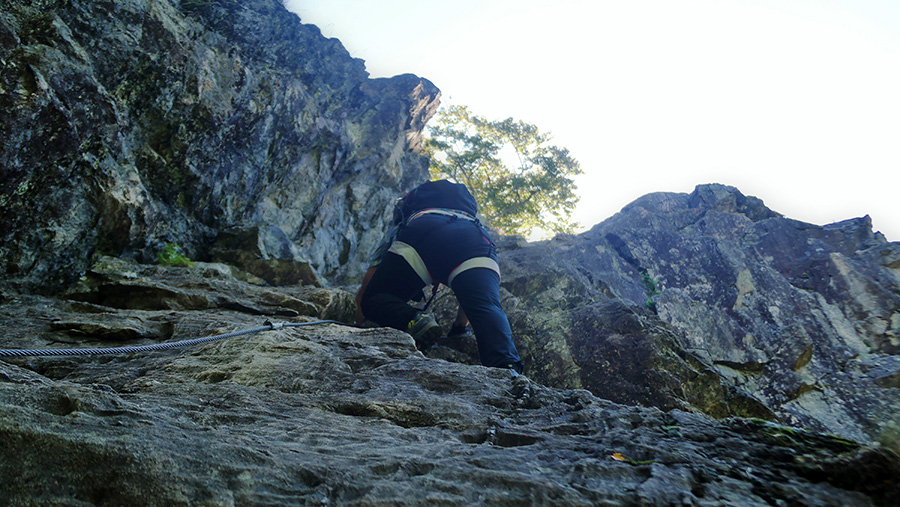 The great thing in Europe is that Via Ferrata routes are free of charge and usually well maintained. The modern equipment needed is quite simple and inexpensive. Your basic Via Ferrata gear usually consists of three elements a climbing harness, a helmet and a special lanyard with two carabiners connected to your harness. The two carabiners are needed to reduce the risk of falling unsecured while unclipping. There are two carabiners which will be changed in a sequence so that at all times you are clipped in at least with one carabiner. An important aspect of modern equipment is the way the lanyard is built so that it will absorb the kinetic force of a fall. Don’t be mistaken, you still can fall a few meters and a steel rope is not flexible and will buffer the fall so an energy absorber lanyard is very important to avoid injuries. Depending on the route further equipment might be advisable, in the UAE where it is so hot you should carry a small backpack with water and a first aid kit and you can protect your hands from the hot metal by wearing leather gloves. 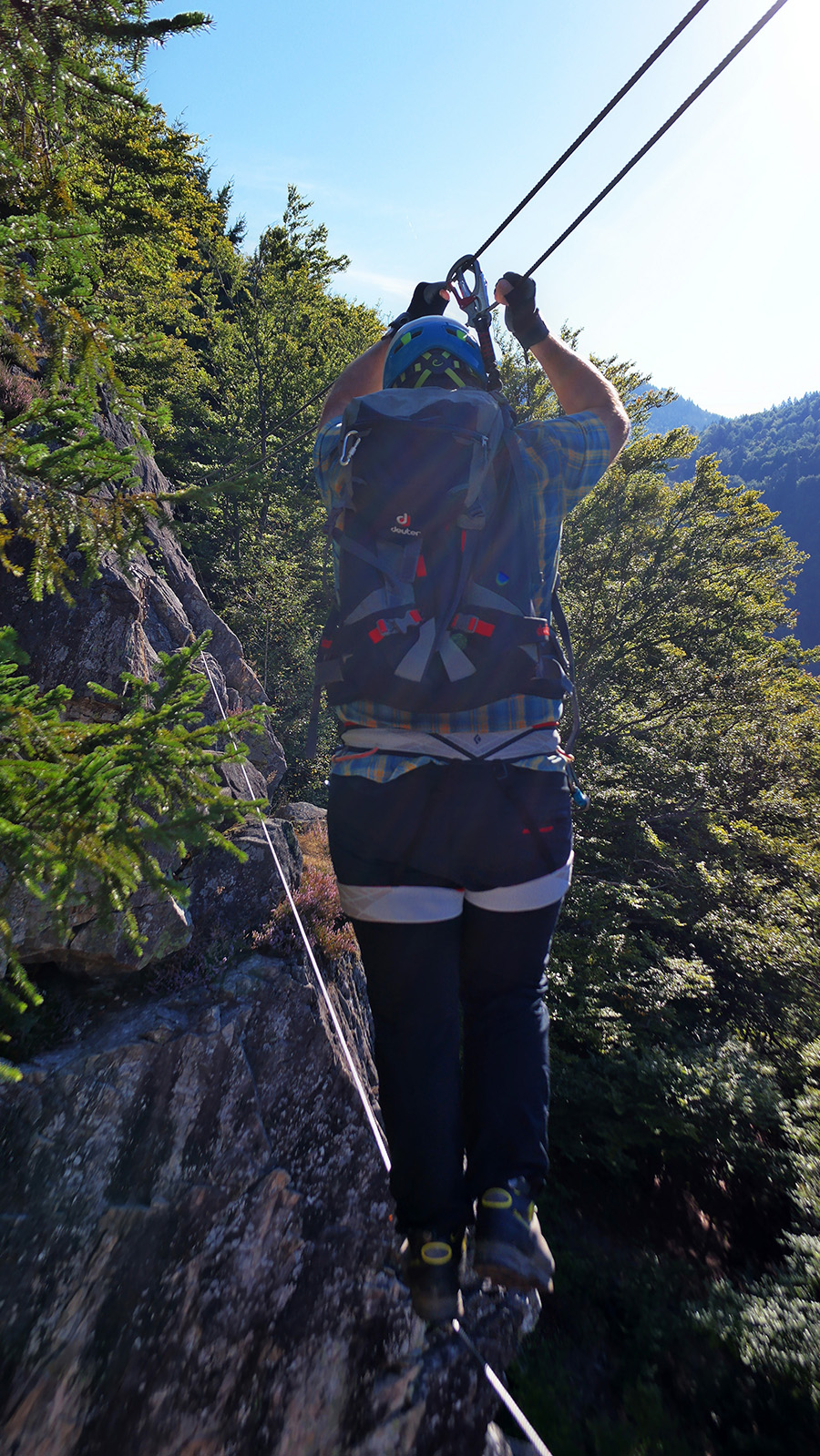 Currently you can find a commercial Via Ferrata at Jebel Jais in Ras Al Khaima. The tours are guided and all equipment is provided. The route also includes a very untypical feature for Via Ferrata which is 3 different zip lines (more info: www.jebeljais.ae ). You can find other some commercial routes in Oman. 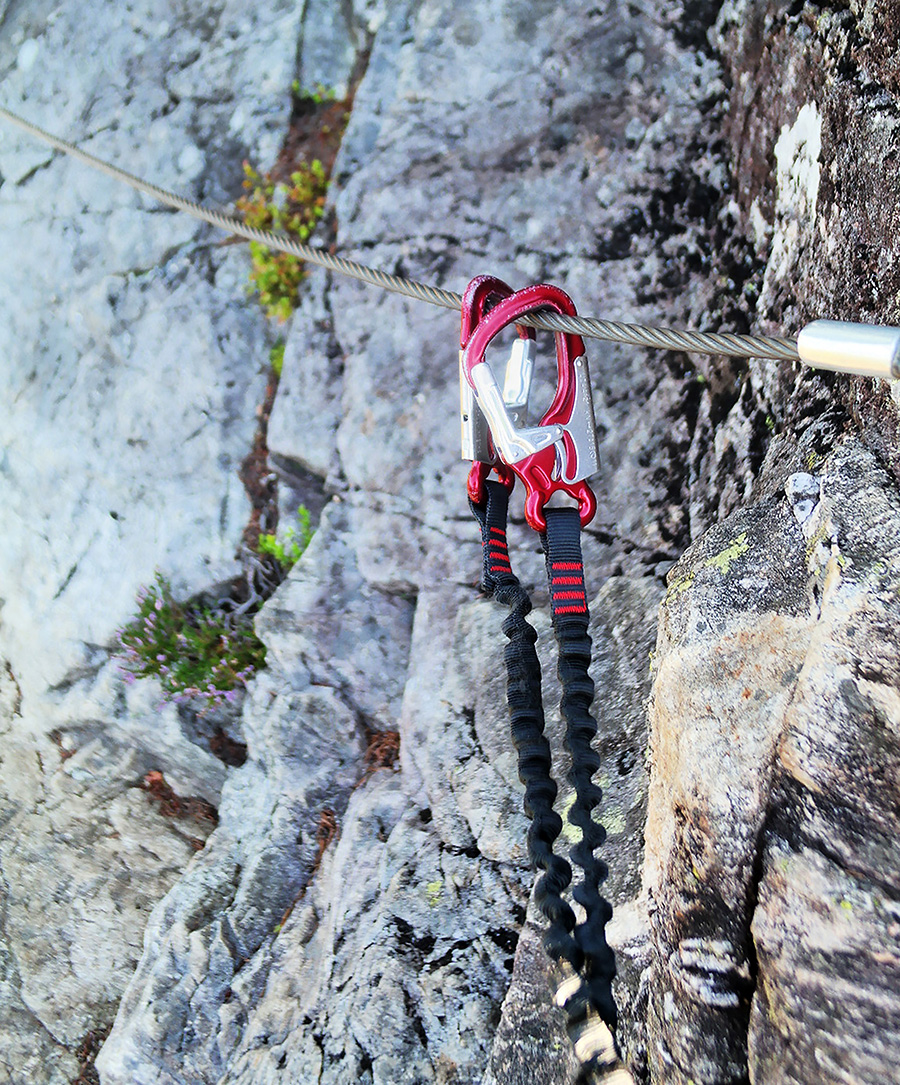 The Hajar Mountains are a great location for Via Ferrata with dramatic cliffs, steep drops and amazing views. It would be great to see further development of new routes which are not commercial to make this beautiful and hidden part of the UAE accessible for more people. ■