“The coolest toys don’t have to be bought; they can be built. In fact, sometimes the only way they’ll ever exist is if you make them yourself.” –Adam Savage

It has been a month of mixed emotions in camp TLRD. After 11 years and 220,000kms of faithful service, the 4.6L V8 engine in the Range Rover, or “The Elephant” as it is affectionately known, developed a major head gasket leak and had to be replaced. In total, it took three weeks to diagnose the problem, source and rebuild a new engine and then finally transplant it.

During that time “The Bedouin” (Discovery 1) was also out of action owing to a plethora of issues that only Land Rover geeks would find to be of interest. I won’t bore those unaffected by the green virus with the details but suffice to say we have not had much of a chance to get out and explore – never mind camp. To think we could have bought a new car for the price the repairs! Owning these cars really is a labour of love… 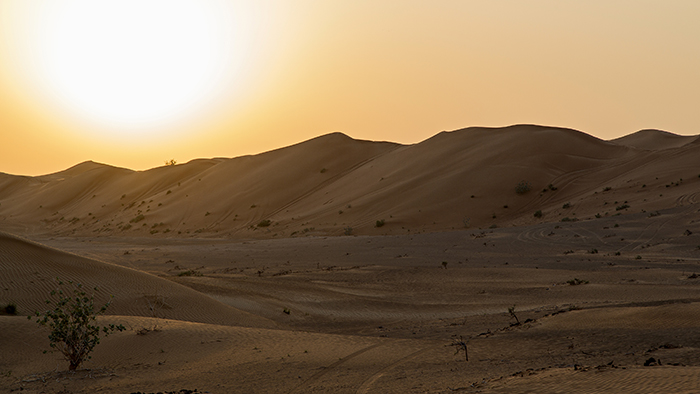 “They say 90% of all Land Rovers manufactured are still on the road. The other 10% have reached their destination.”–Anon

Being but overgrown children, and in order to stave off the sense of desolation and boredom that came with being separated from The Elephant and The Bedouin for so long, we decided to distract ourselves with a new (and almost as expensive) toy… in for a penny, in for a pound! 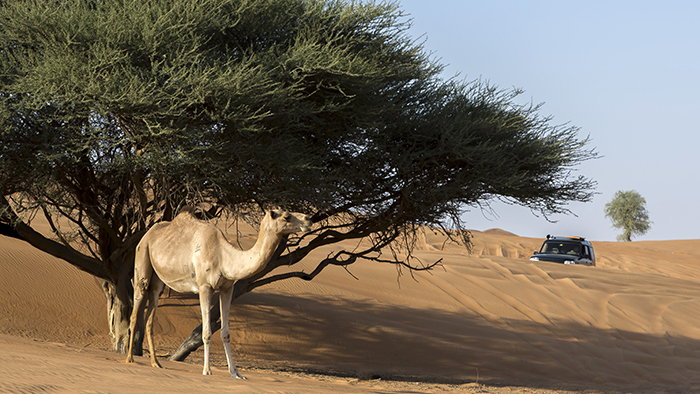 Our new amusement, or “new investment” as we have managed to convince ourselves, takes the form of a camera drone from 3D Robotics specially made for the GoPro cameras we love so much and purchased from Adventure HQ, along with an expensive but also very well made protective bag and spare battery from the same manufacturer to increase play time – sorry, “flying time” from 25 to 50 minutes. I must abandon any attempt at eloquence here and simply say, cars aside, it’s the coolest thing I’ve ever played with!

“Though the male can be noble in reason and infinite in faculties, he is also easily amused by shiny toys, especially ones that do dumb things…” – Patricia Marx 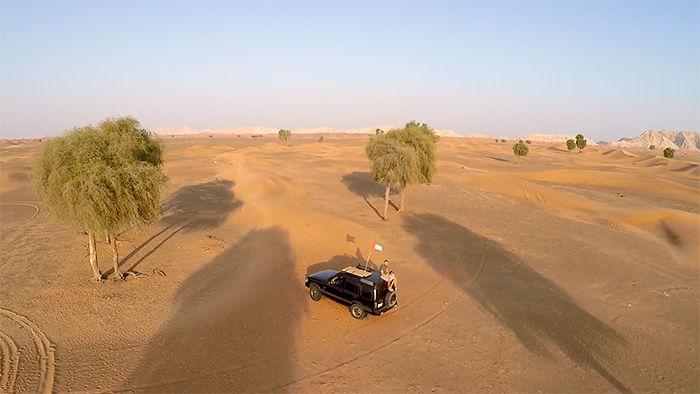 On top of the stress of not having the cars but nonetheless having the expense, which was at least anticipated, Neil decided to amplify my plight and delay our enjoyment of the drone by suddenly presenting himself with all the symptoms one would normally associate with an impending heart attack.

The inconvenience of the event in the first instance, coupled with multiple hospital visits thereafter, is something readers will be relieved to hear I have now fully recovered from.

Thankfully, both Neil and The Bedouin once again proved indestructible and were revived just in time for us to get out to our cherished desert to test the drone’s capabilities and create some content. This also afforded us a much needed opportunity to get back in touch with nature which, if you happened to catch Episode One of The Land Rover Diaries in last month’s issue, you will know is very important and rewarding for us – all the more so on this occasion after the drama of the preceding weeks. Using a word I try to reserve only for its proper use, the drone is awesome. Having also splashed out on a new set of all-terrain tyres (a precious moment for any petrol-head) for The Bedouin we had a phenomenal day carving up the dunes from Dubai all the way to the foot of the Hajar Mountain range, all the while learning how to control the drone and scheming for the best shots possible. Our excitement was as refreshing as it was pathetic – two grown men playing in the sand, laughing away and mimicking the noises of a toy helicopter… it was brilliant. 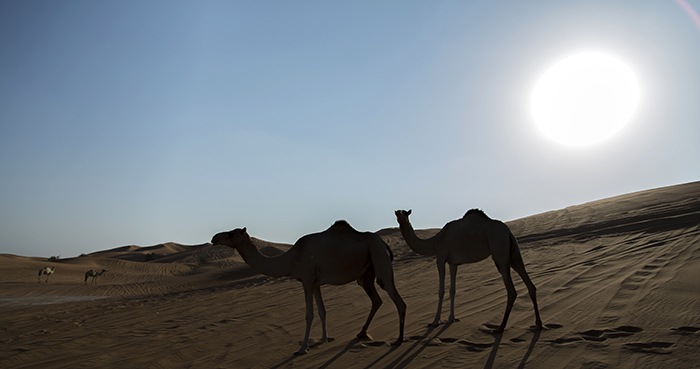 “We were in the Arabian Desert… And I was having the time of my life.” – Peter O’Toole

Stepping into such a desolate environment and having so much fun puts into perspective how much vivacity comes from within and from each other. That of course sounds rather obvious but is a fact easily forgotten amongst the distractions of the city, which one can easily become reliant upon for enjoyment and stimulation.

Knowing how differently this month could have ended for one of us, that is a lesson we resolved to bring back from the desert with us.

“You should not see the desert simply as some faraway place of little rain. There are many forms of thirst.” –William Langewiesche

I am relieved to say that we now have both cars back in their respective parking spaces and although I am glad Neil is safely home too, it’s a shame that owing to his health scare, we were unable to document the remarkably interesting work that has put our cars back on the road – please forward your complaints to him.

Albeit too late for this month’s feature (which was supposed to be on camping) we are planning to head out this weekend for our first of the season’s overnight trips, the weather could not be more perfect and neither we nor the dogs, who have been cooped up for most of the summer, can wait. Wherever we end up pitching our tents, we shall endeavour to take as many quality pictures as possible for next month’s feature – Episode 3.

Neil has made me promise to excuse the quality of this episode’s images as due to time constraints we had to just pull stills from the drone footage after our only outing. I still think they are fantastic, I hope you do too! #ChooseToBeInspired and #EscapeTheMundane.

Theo and Neil are two young at heart men that love to just enjoy the outdoors and have fun with their Land Rovers. With The Land Rover Diaries they hope to inspire people to have fun and have a great time in the beautiful environment of the UAE. Stay up to date with all their adventures by following their Instagram account @TheLandRoverDiaries