Summer is always a tricky proposition. Although there are fish about, the heat puts a lot of people off and those that do fish these days are quite often miserable if they don’t plan wisely. 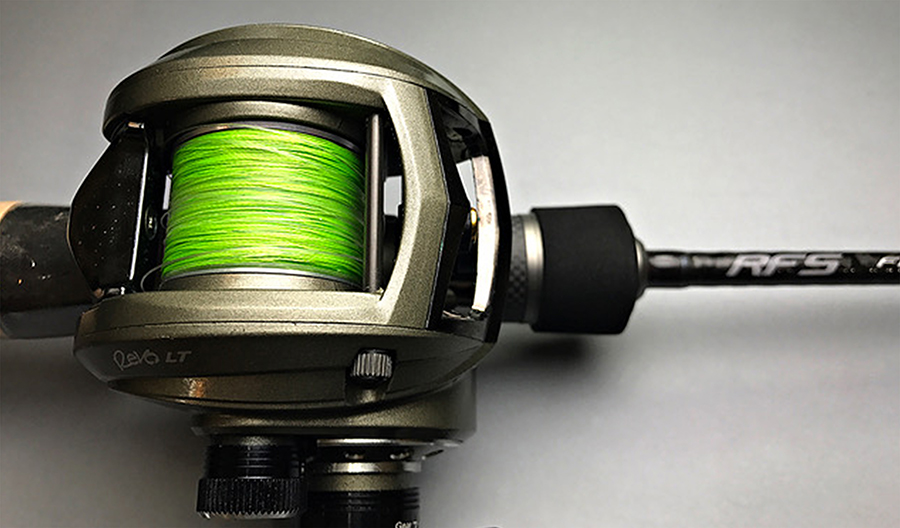 This Abu Garcia Reel is made especially to cast tiny lures – paired with a Rapala Finesse Series baitcasting rod, I use this to cast jigs of 3.5 and 4g in deep water especially when I’m on a kayak and when there are bigger fish around.

There are a handful of anglers (myself included) that are too hard headed to give up to the confines of air-conditioned spaces especially in “fishable” hours of the day. Summer is also the time when most fishing spots are almost devoid of traffic, the heat after 8:00am is something not a lot of people can stand.

If you get a chance to speak with those that fish the summer, one of the first things they tell you is to stay hydrated; this doesn’t need an explanation. A pretty good trick kayak anglers use is to freeze bottles of water the day before and use the ice to keep in their fish box, as soon as the ice thaws, they become ice water. I typically take two litre bottles and two Gatorades for myself each trip. I don’t freeze the Gatorade because the frozen bottles keep them nice and cold. 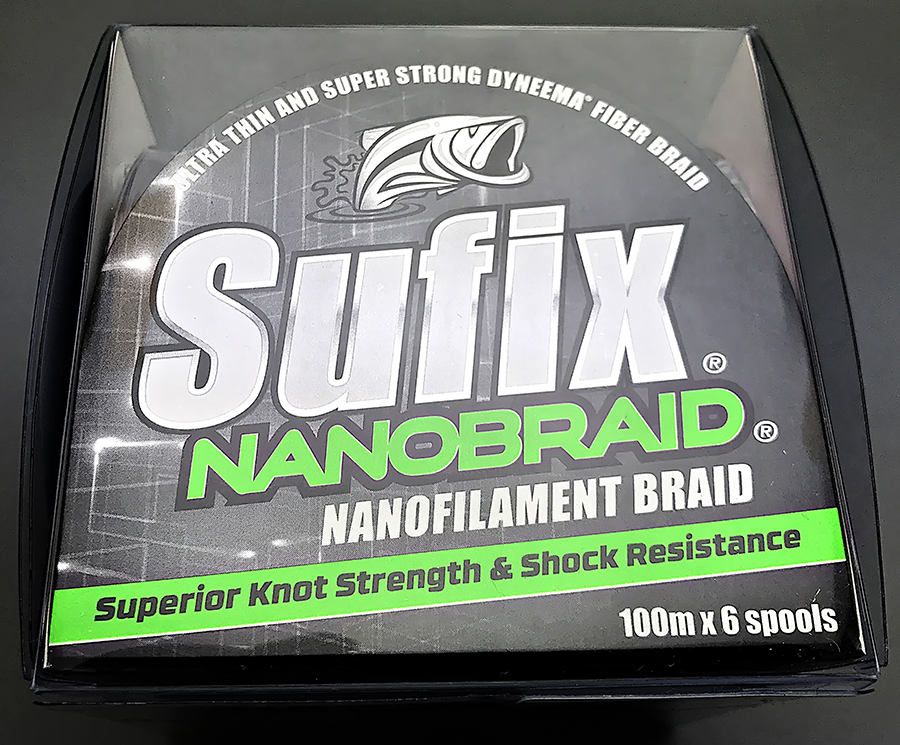 Very thin Braided lines such as the Nanobraid from Sufix are needed to cast or get deep with such lightweight lures.

Summer Strategies
Fishing is difficult in the summer – when I was heavily fly fishing in previous years, we looked forward to summer because there are fish species that are most abundant in summer, because of their spawning habits, these fish even go real shallow, kind of surprising because some shallow areas almost always have the temperature of warm soup. However, this is not really the same for most fish species and you don’t really see a lot of activity save for a few that are still around.

I mostly fish in the early hours of the day, or the last few hours of the afternoon. In the morning, launching a kayak at around 4:00am gives you enough time to paddle out to your spot and by around 4:30 when the sun starts rising, you get some pretty good fishing in some spots. I mostly concentrate my efforts in places where there is consistent current because this is where you will find cooler water temperatures. The same is the case from shore. Fishing where there is some water flowing, like channels, beach coves and bays and rips often circulate the water enough to drop it down a few degrees.

The most important thing to remember is this – the cooler the water, the more oxygen it contains. Current brings circulation of water from the deep that is cooler and contains more oxygen, the closer you are to moving water, the more fish you will find. 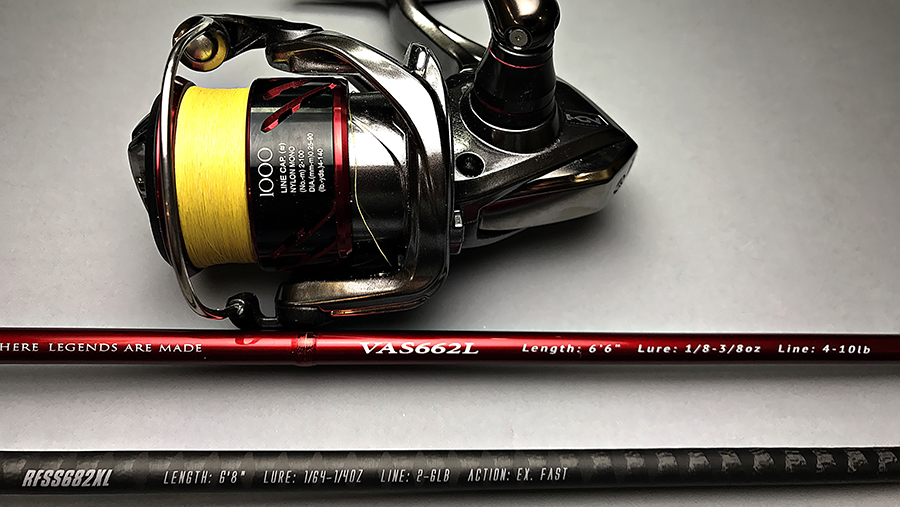 rods Ulralight such as the lightest Vaaksy rods and Rapala RFS are best paired with size 1000 reels.

Sizzling Size
It’s not a secret – summer time is ultra light time. The bigger fish move deeper because of their oxygen requirements, so you don’t really see a lot of big fish around, except for grouper, sharks and queenfish that can tolerate the temperature and oxygen level. There are of course exceptions to this, when you see a huge variance in the tidal difference, you get trevallies and other sought after species roaming about.

Summer is also the time when the hatchlings from the tail end of winter start heading to deeper water – the next time you go out, watch what that grouper coughs up before you land it – most likely, you will see tiny baitfish of about 2.5cm – 4cm (1 – 1.5 inch), another useful piece of information. This is the reason why using lures that match the size, are so effective in the summer months. 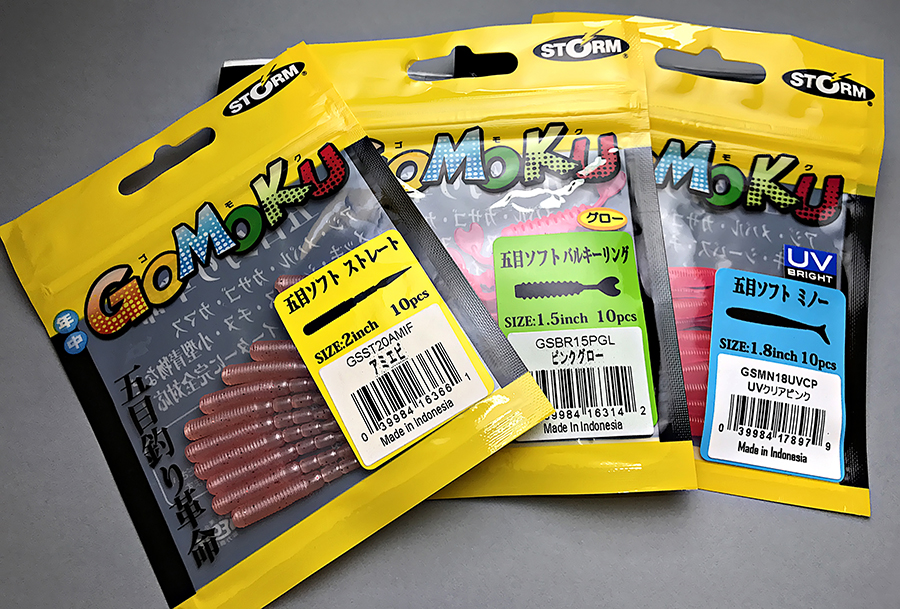 Soft plastics such as these are very effective, especially in micro sizes.

Summer Gear
Scaling down is something almost too difficult for most people. The culture predominant in the region is still in the game of numbers and big tackle. While there are a lot of big fish caught, most of the time, the gear used for them are gear mostly used for bigger game. We still see a lot of fish being landed with tackle designed for marlin – you don’t have to look far, most of the boats you see at the marinas would have two things consistent from one boat to the next –30-80 sized trolling reels loaded with 25-40kg monofilament and diving boards. Although jigging have been making waves lately, the majority still catch their fish using the same tried and true methods mentioned above. Even when catching smaller fish (which is often), the technique remains the same. Live baiting is also practiced however; the gear used is still too heavy for it to be called “sport fishing”. 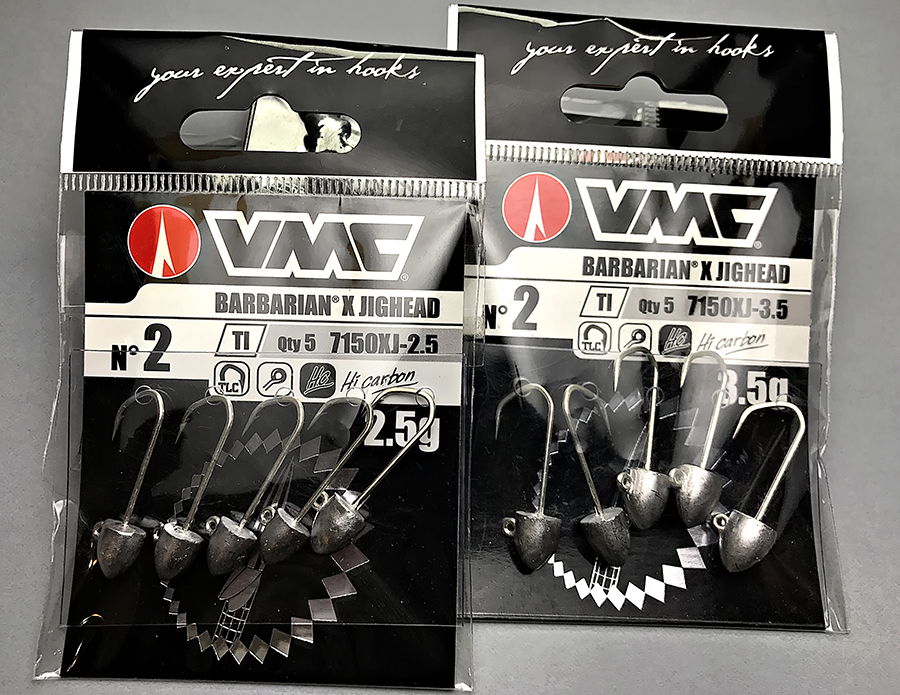 Jigheads in the 2.5-4g range are the most useful for me, even when I’m on the kayak.

The reason why I mentioned the way people fish here is because Ultra light fishing is the exact opposite of the above; dealing with weights 3kg (6lb) and below and casting lures and soft plastics/jigheads from 5g and below.

I have quite a few combos for Ultra light fishing because I did quite a lot of it in past years and picked it up again a year or so ago, parking my fly gear for the meantime. What I noticed with the more recent ultralight rods is the obvious departure from the soft and flimsy backbone to a stiffer backbone with a softand thinner than a toothpick tips. This gives the rods more sensitivity and more importantly, the backbone is stiff enough to land some pretty big fish.

In a recent trip to Singapore, I was introduced to a use of these rods for fish that were traditionally targeted with medium powered gear. The fights are longer and you almost always think you would get spooled out, but with at least 200 meters of 2-3kg braided line on a size 1000 or 2000 Shimano reel, it does a very good job of landing very decent fish in deep water. 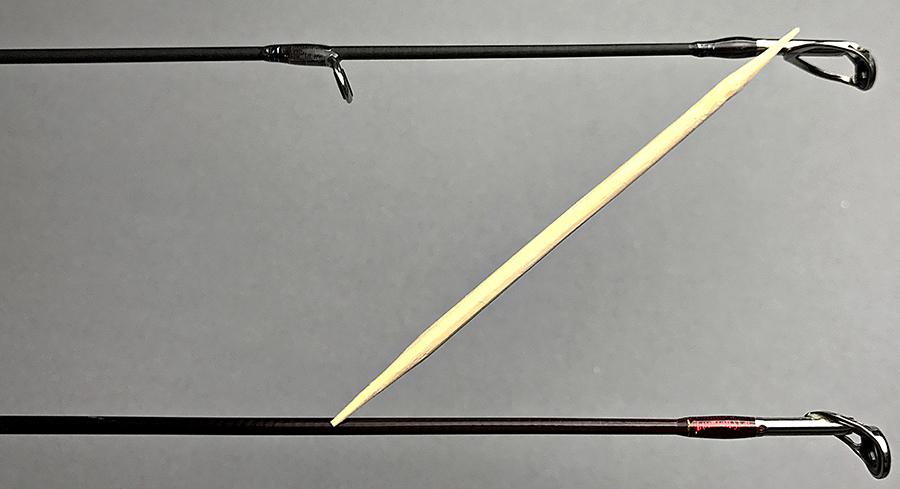 The tips of rods made for ultralight fishing are made with very thin tips, making them more sensitive.

As mentioned, reels of size 1000 and 2000 from Shimano are the reels I pair with these rods, while the American models are equally nice, I often buy the Japanese Domestic Market models for the shallow spools. You only need 200 meters of line spooled in the reels because we are not fishing extreme depths. The most important thing with this whole system is the drag; so higher end models like the Stradic CI4+ and the Soare are great reels for the job. The drags on the reels are quite reliable and consistent, this comes into play when you hook into something substantial that will make that long run, a smooth and strong drag eventually stops them.

For my line, I use 4 types of braid – and they all come from Sufix. Rapinova is available from Rapala SEA, I tried a couple of spools when I visited Singapore and have been quite happy with them, Sufix 832 is also a very good line and is very thin. SufixNanobriad is what I have been using a lot of lately and as the name implies, it is a fishing line geared towards this kind of fishing. The last is something I haven’t had the chance to really test out a lot, but with the couple of outings I have with it, I have been quite happy – Sufix pro8 in size PE. 4. Unlike Rapinova and Nanobraid, Sufix 832 and Pro8 have 8 carrier fibers – of the two, pro8 has pure dyneema fibers for all 8 strands, 832 has one fiber of GORE for extra abrasion resistance. I have been quite happy with these 4 lines, before getting access to the other 3, I have been using 832 for a long time and have gotten good results with them.

I don’t really use leaders over 4kg (8lb) for my ultralight setups SufixInvisiline in 8, 6 and 4 have been my go to leaders for a while now and have worked very well for me. 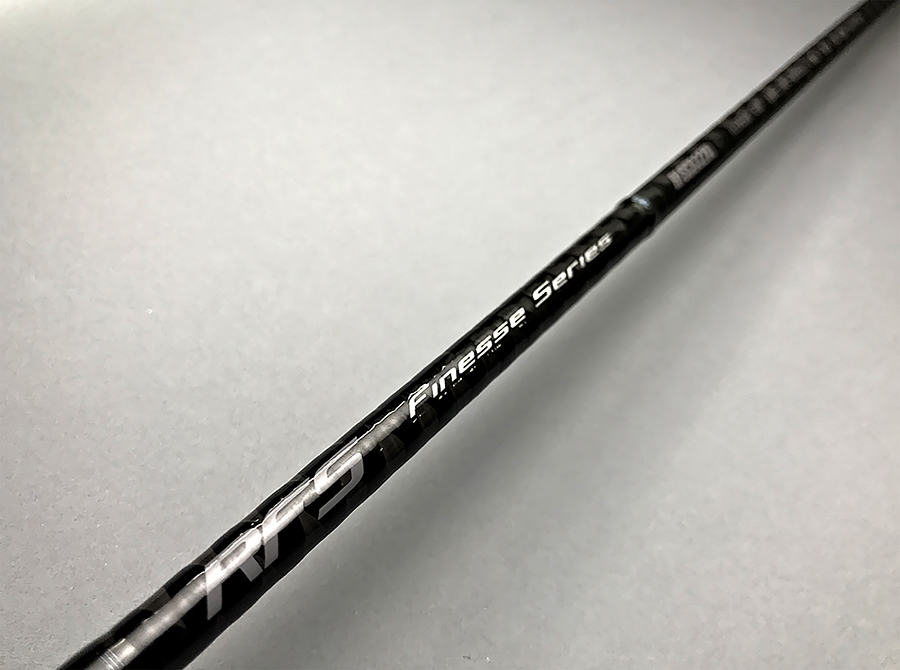 Rapala’s Finesse Series rods are designed specifically for Ultralight fishing in deep water, dropping jig heads of 4g and under in deep waters with swift currents.

Lures for the summer
Summer is probably the only time in the year when I can “travel light”. Often times, I almost go with a tackle shop in my car – but in the summer, fishing is relatively simple and predictable, it’s also the time where you can be actively mobile, covering a huge area with only a handful of lures and gear with you.

Of all the lures under 5g, the most versatile are the soft plastics. I know I have been harping about this for years, but one cannot discount the effectiveness of these lures – and they are deadlier in micro sizes. There are a lot of soft plastics out in the market, and there is a ton of jig heads to choose from, however, only a few of these jigheads can stand the punishment of bigger fish, so choose carefully.

I stay with pretty basic shapes for my soft plastics, straight tails, micro swimmers and prawn tail types are my top choices and in pretty basic colors, mostly natural colors – when the water is murky, I have an assortment of bright “attractor” colors that I turn to. Honestly, almost any shape tail in this size produces fish, so it’s a good idea to take a few types with you and see what the fish like at that particular time. There are times that they hone into specific tails, but that is quite rare. I am not fussy with colors; it’s the action I’m always after! 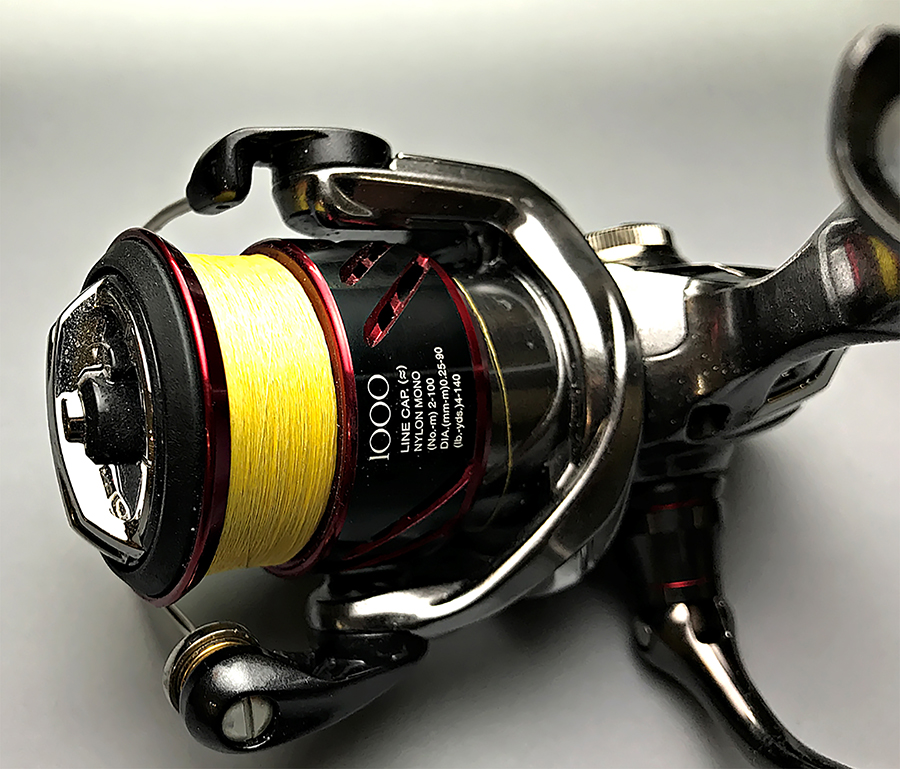 This reel is filled with Sufix 832 braid – the CI4 construction makes it a very light weight reel that makes the combo more sensitive – I use this
in deeper water mostly with 2.5g jigheads.

Fishing these lures is quite easy – straight tails can be worked fast, twitching the rod tip and letting it fall to the bottom again, swimming tails can be slow rolled on or near the bottom – shrimp tails like the Storm Bulky Ring can be drifted and slowly reeled in on or close to the bottom – the magic of this lure is the tail – it doesn’t take a lot to move it, so it swims like a little shrimp or fish even without the added motion from the rod. The most important thing to consider is the weight of the jighead, I have found the most effective weights to be 2-3.5g. Which, lucky for me, VMC makes with very strong hooks in 2.5 and 3.5g weights.

As summer seems to be going strong with the cooler weather still pretty faraway, the opportunities despite the heat are still around – we just have to make things work and enjoy this type of fishing.

Till The Next Tide change,