Midnight 50km Ultra on the Tropic of Cancer

Running Max Calderan’s Tropic of Cancer 50km Ultramarathon in the Liwa Desert is an epic night event, and not just because of running sand dunes and sabkhas (more on sabkhas later) in darkness. Running in the moonlight of the Empty Quarter is like running on the dark side of the moon – much different than running on rocks in Kalba or at high elevation in Nepal. When you run the desert at night, there are so few landmarks to guide you – you just try to run straight to the lights of the 4x4s marking the turns. 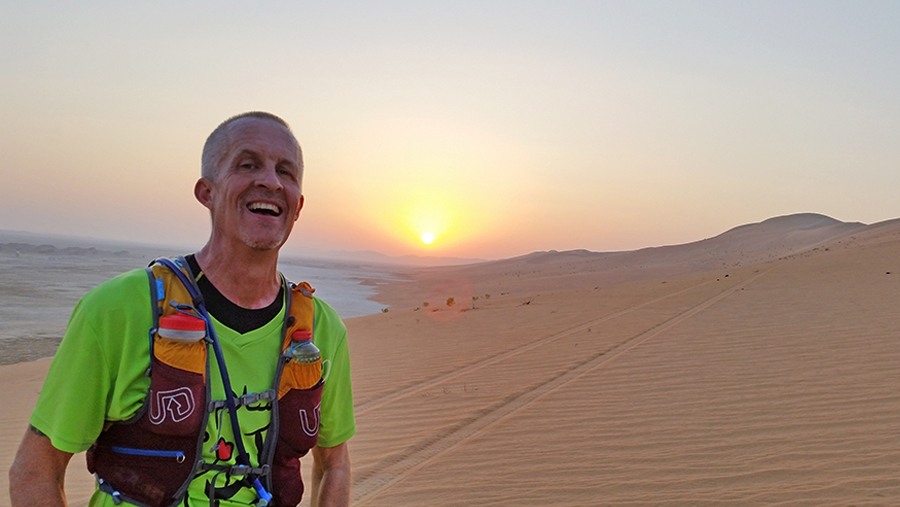 Simplicity of Running
The 50km route is simple: run along the sand dunes about 10km until you get to a fence (minor panic thought: how do you see the fence in the darkness?). Turn left at the fence and run up and over more sand dunes about 5km until you get to the salt flats. Turn left and run along the salt flats around 10km. Albert (from @WeekendsWithAlbert fame) is waiting there in his 4×4 with his bright light rack on, and then turn around and run back the same way. There is beauty in the simplicity of having only three turning points in 50km. 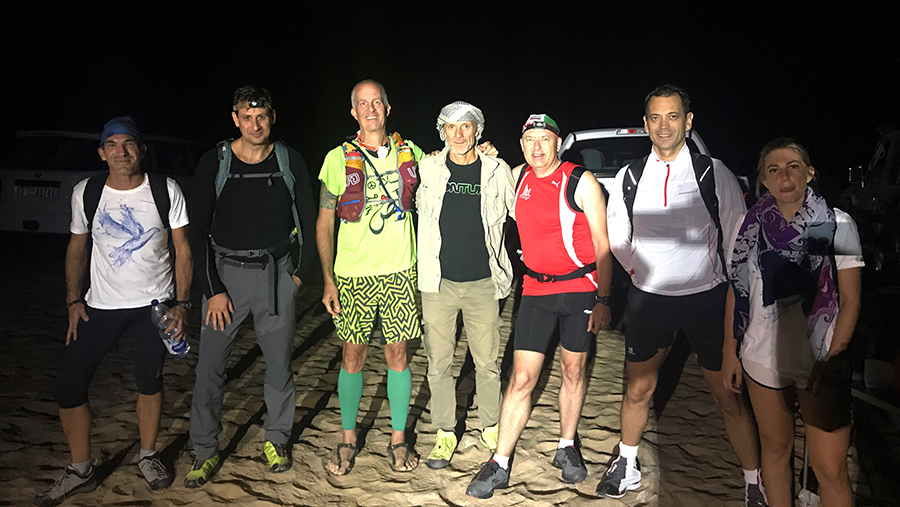 Sandals on the Dark Side of the Moon
At 01:00, a select group of twenty athletes and adventurers start on the Tropic of Cancer, with only the light of a half moon to guide the way along the sand. Yes, I was carrying a headlamp, but as a minimalist runner (I ran in my fav sandals) I thought it would be so much more fun to run without light. It seems contradictory to run in sandals, but then use a headlamp. I know it may be philosophical, but imagine running with a sense of pure freedom. You do not see where you are going at all, you do not have the luxury of selecting the most efficient route, you do not know what you are going to step on, you cannot even tell if you are running up or down a dune until your foot lands – you only run toward Albert’s 4×4 lights on the horizon. Everything is a different shade of gray – even the sand is gray, with dark gray likely being holes or brush. Light gray is usually hard salt. You cannot distinguish between the soft sand and hard sand, so you have to keep your leg muscles tense for completely different impacts. There is no sense of depth perception when you run in darkness, so when you naturally speed up, you are going downhill, and when you naturally slow down – uphill. 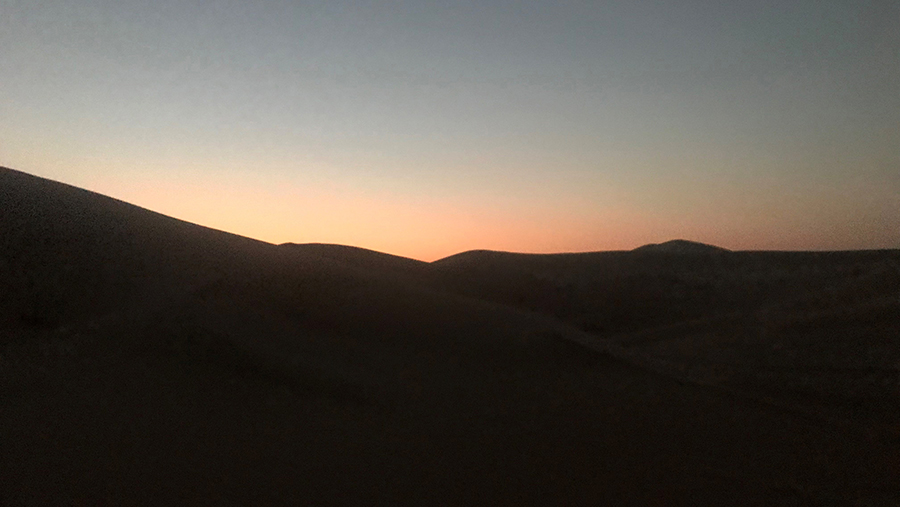 What is a Sabkha?
Running 20km along the sabkhas (salt flats) is exciting, because you don’t know whether the ground will be crispy salt flats or soft sand – so you just run in what seems to be an empty void. The only noises are the wind, the sound of my sandals landing, and the sloshing of water in my pack. I was thinking that is the most relaxing feeling in the world as I gazed around the gray horizon unable to see anything … except for a large black shadow about ten meters behind me! At first, the shadow appeared to be a tree in a treeless area, until it started moving. Apparently, I found the only camel in the Liwa Desert that was an insomniac and who decided to go for a walk at 03:30 instead of sleeping like normal camels. After the camel stopped stalking me, I found my rhythm again and continued my journey through the darkness. 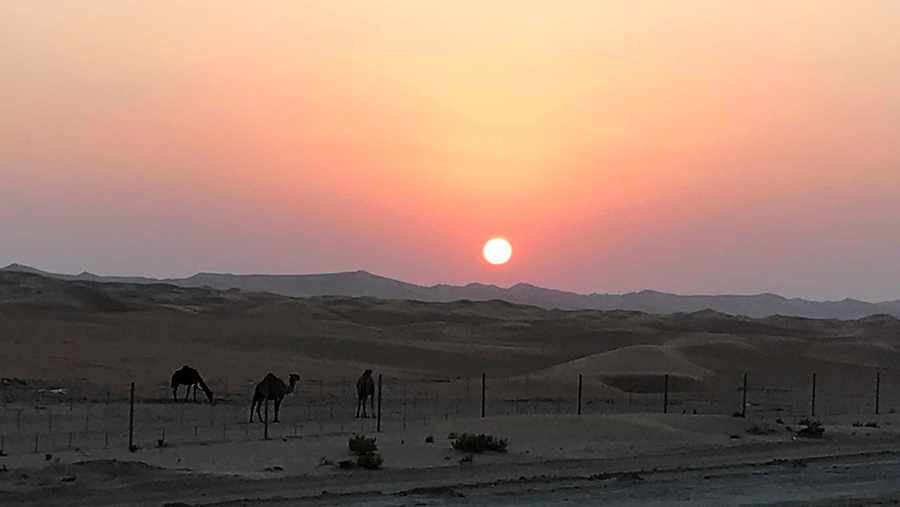 It happens every morning…
Sunrise is around 06:30 and everything changes in daylight. You see where you are headed, what is the most efficient way to get there, but running becomes so much more complex. After enjoying the freedom of running in darkness where nothing is visible so you don’t need to make any decisions, in daylight there is a sensory overload of information: Are those lizard or rodent tracks? Be careful of the sharp bushes! Why am I running along the side of sand dunes (running along a steep angle is very strenuous on the feet) and not on the bottom where it is flat? When I see the Finish from 3km away, I pick up the pace, becoming the first and only 50km finisher with a time just under six and a half hours. Big thanks to Max, Monviso, Hopasports, and Abu Dhabi Sports Council for supporting such a great event! ■