Imagine riding your mountain bike down a 1100-meter long staircase. 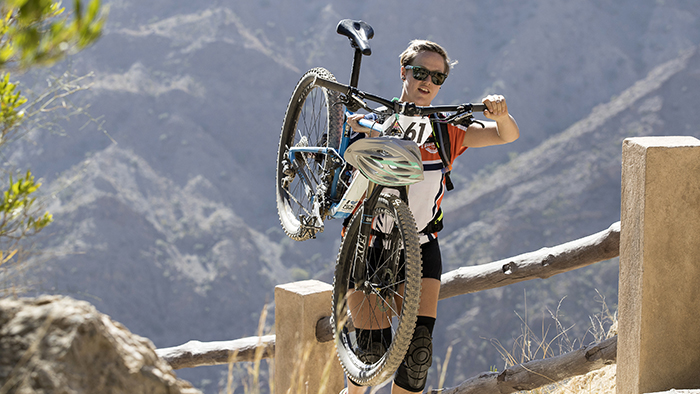 That’s exactly what 52 riders did during the inaugural run of the Red Bull Titan of the Hill race. The narrow twists and turns carried riders down the mountainside steps through the picturesque Wakan Village in Wilayat Nakhal, Oman.

Only the folks at Red Bull could dream this up, but riders from all over the GCC turned up to try the course. 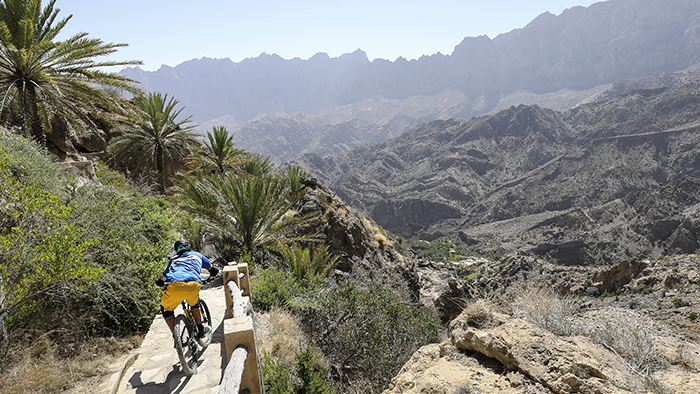 The race format started with a stamina challenge as riders carried their bikes up more than 700 steps to reach the starting line. The riders then proceeded down the staircase one by one, in a time trial format. The steps themselves varied in height and length, and it was hard to say whether it seemed steeper on the way up or on the way down. 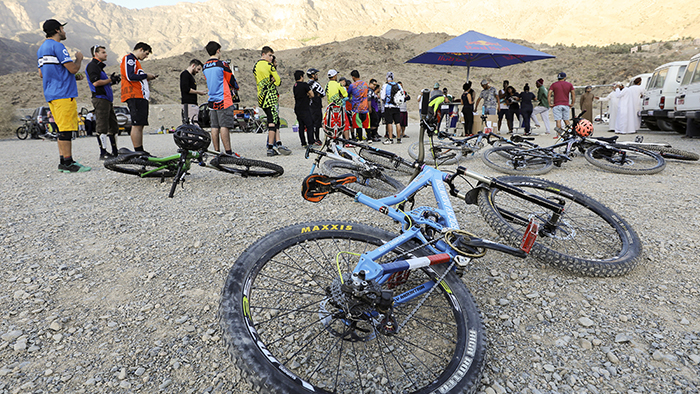 The top of the course had a water-filled Falaj on one side and occasional sharp drops on the other. The middle section took riders twisting and turning through terraced gardens with some low tree branches for added effect. The bottom section flowed through the heart of the village itself, where colourful doors lined the narrow alleyway. Local villagers turned up to cheer on the riders, adding to the friendly atmosphere of the competition. 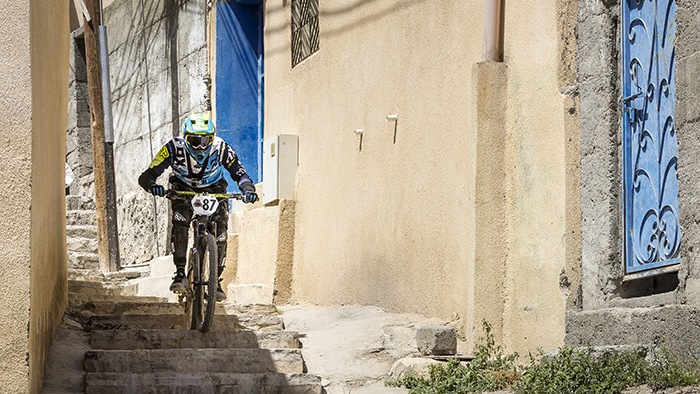 Professional and amateur riders alike found the course to be like nothing they had ever tried before. There were no practice runs, and there was no information from previous races. Tyre pressure, suspension settings and seat height were a guessing game. There were lots of dropped chains, and a few dropped bikes as riders worked things out on the fly. These added challenges were part of the experience. 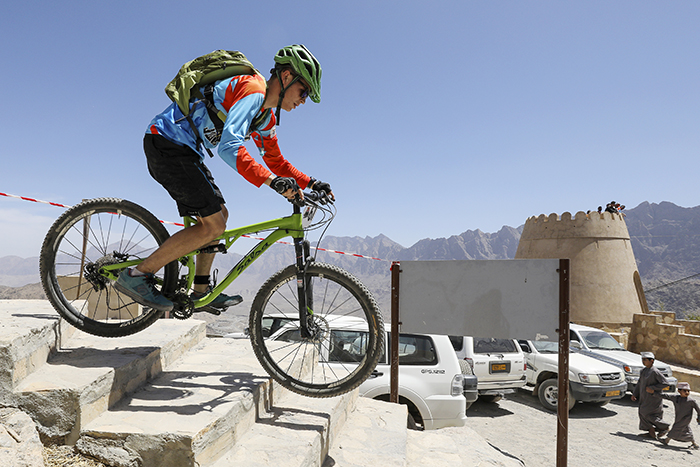 The spectacular scenery, challenging course and capable organization had all riders asking when the next downhill race would take place. Red Bull: the riders are waiting for the next challenge. Build it and they will come. ■