Peacocks and a Big O

Coming home is always something I look forward to. The only problem is, I would be missing some fishing in Dubai, leaving in a weekend and coming back a week after, just after the weekend, that’s 4 fishing days that I would have to miss. 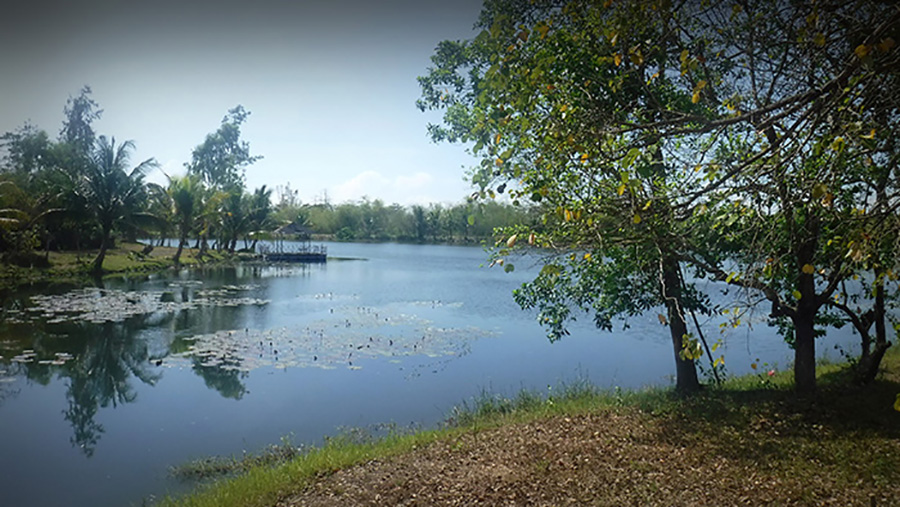 After an uneventful flight, we were home. Manila is my second home, as I grew up in Cebu and most of my friends are there. However, I have a handful of friends in Manila who are often very accommodating and just like me, are crazy about fishing. The deal with my wife is that I would have one fishing day and although I know she wouldn’t mind me going more than once, I took it upon myself to just go for a day and it took quite a lot of convincing (myself) to not take a lot of gear on this trip – trust me, it’s not easy. 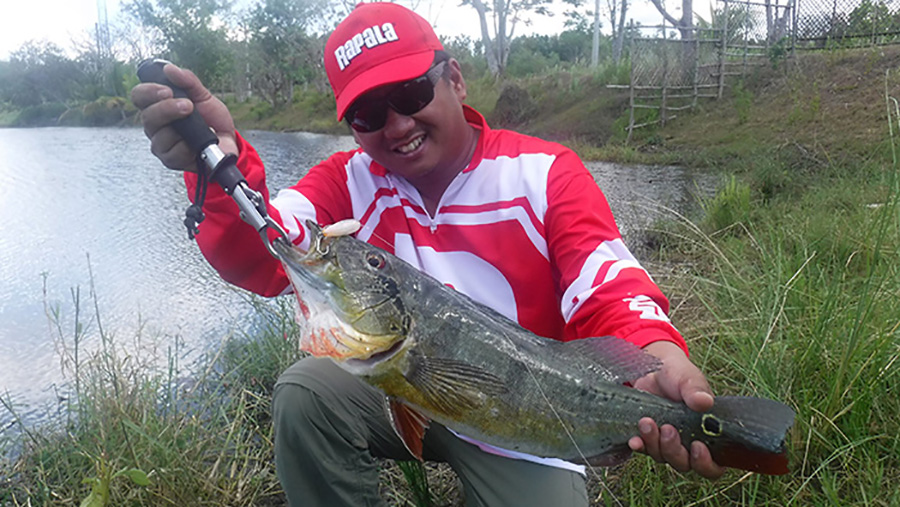 Before the trip, there were a few options open to me, and since I mostly fish saltwater, I wanted to fish for freshwater fish, and I just have the right person for the job. The best people to call were Paulo, JP, and Mikko. Together, they manage “Lake Big O”. A lake we nicknamed“Amazon Lake” because it is stocked with Amazon species. Lake Big O is part of a 500-hectare track of land and is one of five lakes found in the property. For a few years now, they have been asking me to visit the lake and fish it but due to work and other obligations, I have not really had the chance to go home. Five years later, here I come. 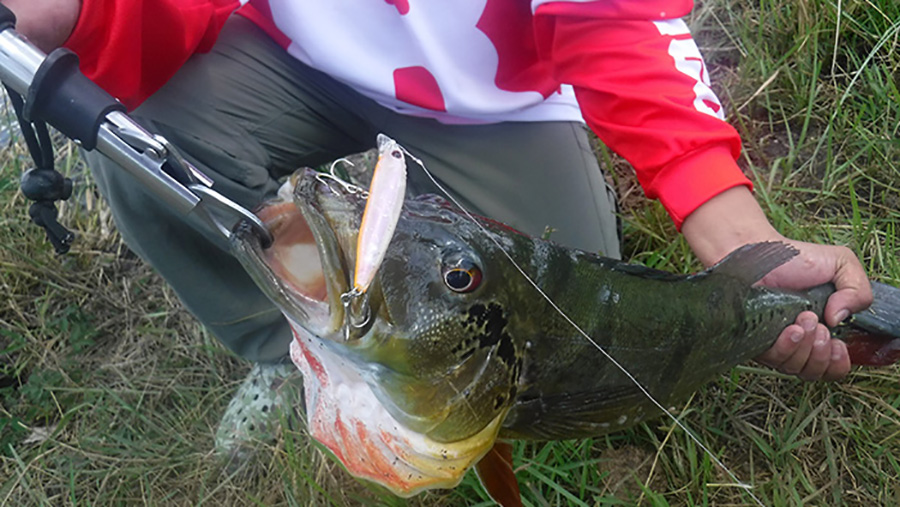 Although it holds a lot of species (Arapaima, Toman, Redtail Catfish, Alligator Gar and a lot more) the ones that I want to catch are the Peacock Bass, and there are two species stocked in the lake, Cichla Monoculus, and C. Temensis.

The C. Monoculus are the more prolific of the two and are willing biters. The C. Temensis are the ones that grow bigger but are harder to find and catch.

The main lake is expansive and some parts are covered in water lilies, perfect ambush spots for these predatory fish. The whole property is covered in greenery and although well kept, the surrounding trees and shrubs give the whole place a sense of being wild, add the numerous birds that call this place home, I thought “Jurassic Lake” was an even more apt name.

As this was going to be a short trip, we decided to fish the banks and forgo the boat. I have already decided to concentrate my efforts on a C. Temensis because…well, they grow bigger, not as easy to catch and are even harder to find. 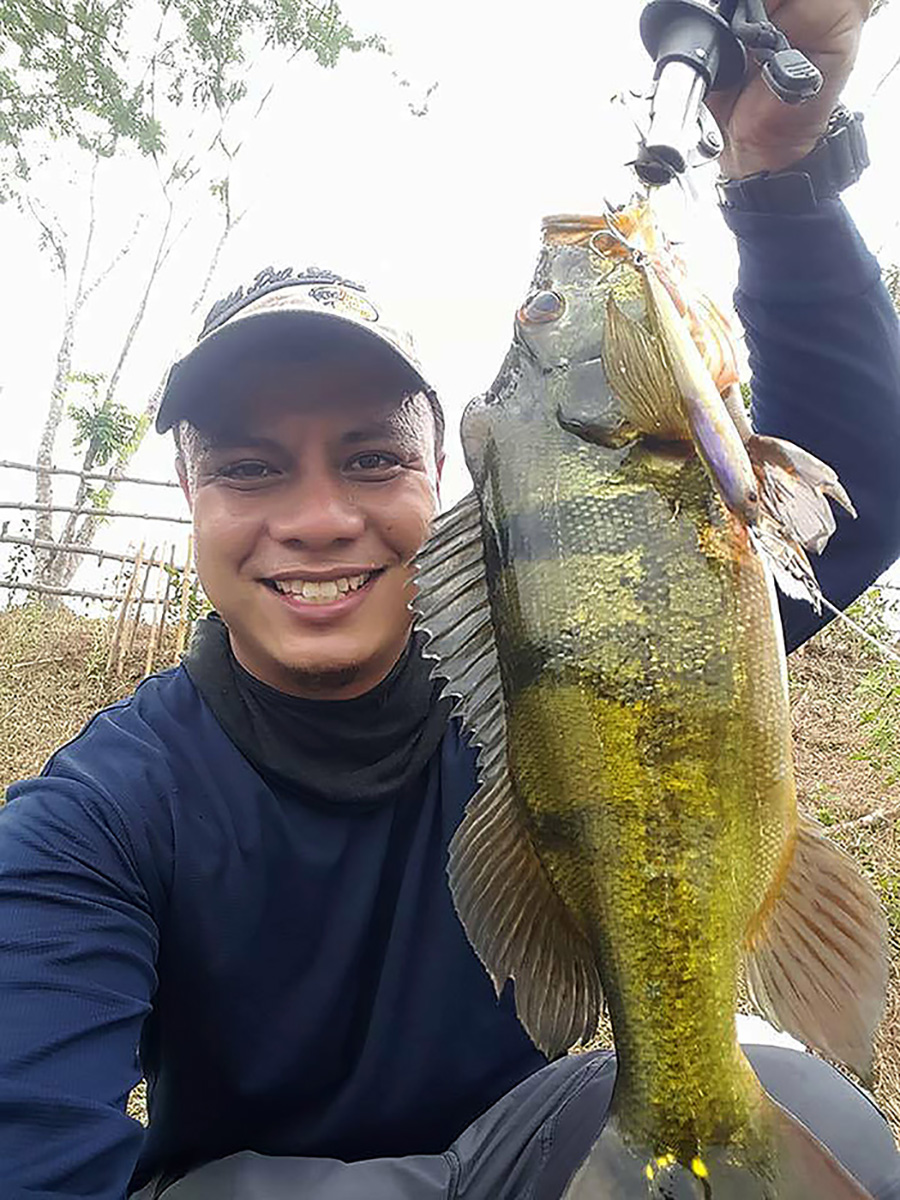 The drive from my in-law’s home to the lake was long and painful, that was mostly because I ate too much the previous night and was stricken with a bad stomachache. Needless to say, we had to make a couple of stops to keep me sane. When we finally arrived, what I saw was a lake that I could not even see in my mind’s eye no matter how much I looked at it in Google Earth. It was expansive, wild and full of life. From the birds that flew from tree to tree, the herons that were busy picking small fish and frogs in the shallows to the raptor that was flying around searching for its next meal. The place was pristine and unspoiled – the only thing that broke the wild looking scenery was a nondescript campsite tucked in one corner amidst the trees.

The amenities at the lake are quite simple – there were workers there installing a well, a watchman, a cow herder and there were Paulo and me. Even with a few people around, we hardly saw anyone while we were fishing, except for the watchman lazing around in the hammock facing the lake. 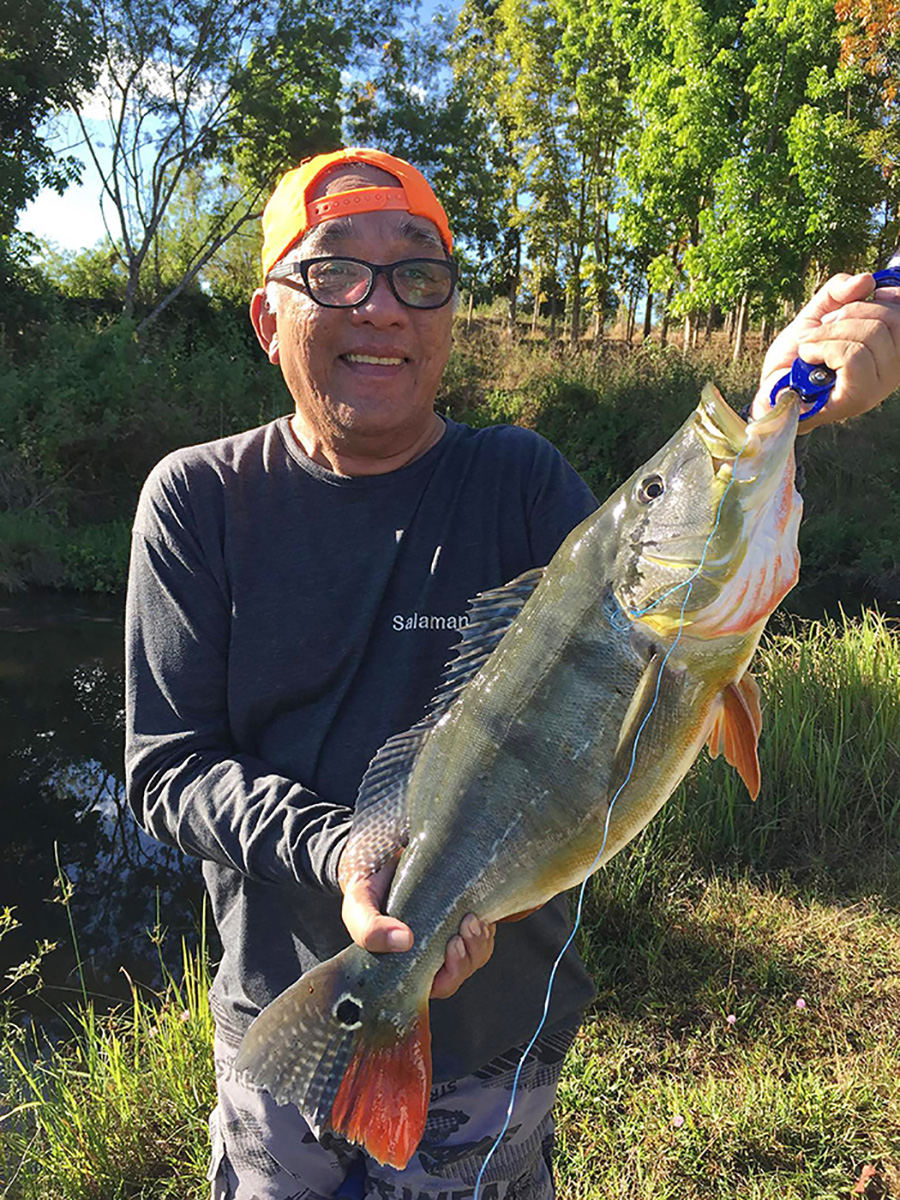 My first few casts were greeted with bumps and because of the relatively clear water, you could see the fish nudging the lure. I managed to get one female Monoculus hit the lure with gusto and the fight was on. They fight close quarter and always head to the nearest snag, so it was quite a surprise for me when I saw that the fish at the end of my line was a runt! They pull hard and never give up till the end. I was starting to understand why these fish are a huge draw for traveling fishermen to their native water and wherever they are stocked. My stomach was bothering me again so we drove up to the pavilion and I was greeted with a clean toilet and running water. Bare essentials are covered in the campsite and although the creature comforts are set at bare minimum, better accommodation for those that need it is only a few minutes drive outside of the property. 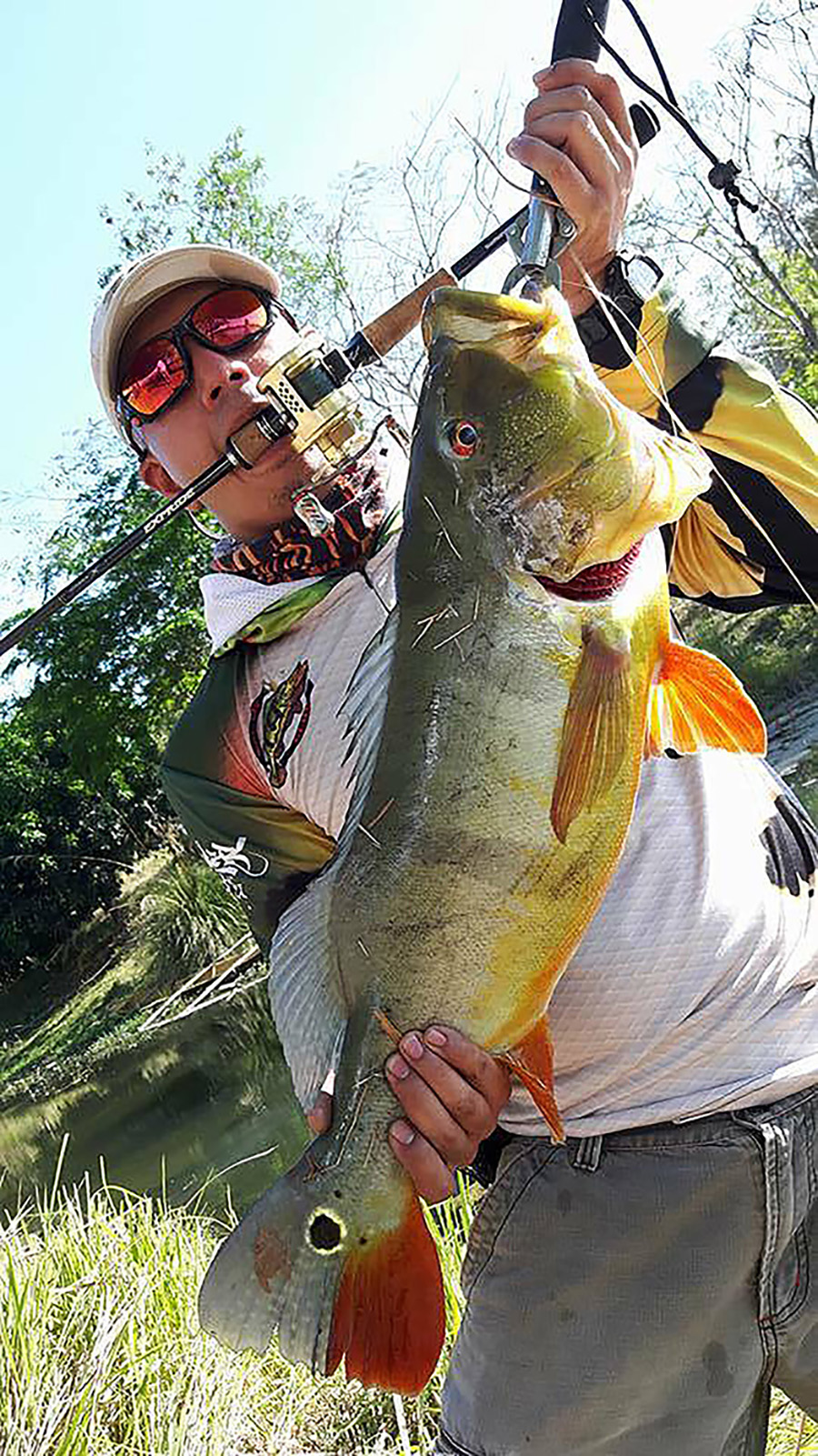 When we started casting again, I saw a bedding Monoculus not far from where I was standing, with it was a nice sized Temensis, I thought to myself “wow, that’s a weird scene because the Temensis might just make a meal out of the smaller Monoculus. A short cast towards their noses and I was greeted with bumps, and for about 6 casts, I had nothing but bumps, on the 7th cast, I made the Storm Lipless Minnow pause in front of them for some time, the bigger Temensis nudged at it and tried to swipe, but I pulled the lure out before it could hit it. On my 8th cast, I cast as far as I could and reeled in fast as soon as it picked up speed, I felt the line jerk and the fish jumped. I hooked the Temensis and it was running towards the lilies towards my right. I managed to stop the run and a couple of minutes after, I had the fish on the lip grip. A few photos later, we released the fish with nothing harmed, except for its ego.

The rest of the day was spent on discussions about how to make the place a bit more angler friendly and other things they could install to make the place even better. A few quick casts to other lakes and we slowly made out way back to the city.

As adventures go, this was probably one of those that were quite unexpected because even if I have been involved in some shape or form from the start, it was the first time I have seen the place and it still surprised me how awesome it was when I first went…certainly wouldn’t be my last.

The lake is Invite only and not open to the public. If you are lucky enough to get an invite, you are in for a treat. ■