Is it Madness? Mont Ventoux 3 times, in one day

Mont Ventoux is epic. A beast. A giant. A symbol of Provence. At 1,912 meters this mountain sits alone in its landscape. Bald and dominant. A classic for adventurous cyclists. 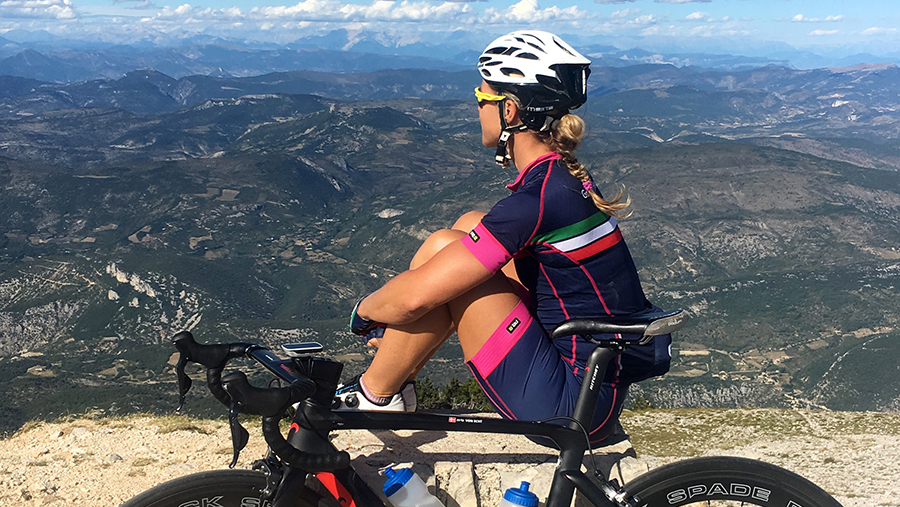 Mt Ventoux is mostly known for its repeated appearance in the Tour de France, the fearsome long and steep climb. It is also notorious for claiming the life of English cyclist Tom Simpson, who in 1967, aged 29, collapsed just before reaching the summit.

I was never meant to climb Ventoux 3 times back to back, but admittedly, as a friend had hinted the possibility of doing it, it always remained at the back of my mind. I couldn’t’ really let it go.

Ventoux – Windy Mountain
The name, Ventoux, is thought to originate from the French word ‘venteux’ which means windy. The weather can be quite unpredictable and the winds incredibly strong. The bald limestone top (the final 6km of the ascent) is open, dry and scarce. The wind up here can be brutal; I had a taste of it myself on one of my ascents. As I climbed through the bald section with sheer determination, the firmest grip on my handle bar, my biceps fully contracted and my core balancing the bike against the wind, I passed descenders narrowly as they were walking down, almost leaning against the mountain side. I had never before the experienced wind with such force. As I reached Col des Tempetes at 1,830 metres (also known as the windy pass), I got literally blown off my bike. I am not usually one to surrender, especially with only 600 metres to the summit, but Mt Ventoux showed me who is stronger and I bowed down and cautiously made my way back down into safety. Now I truly understand the meaning of the ‘windy mountain!” 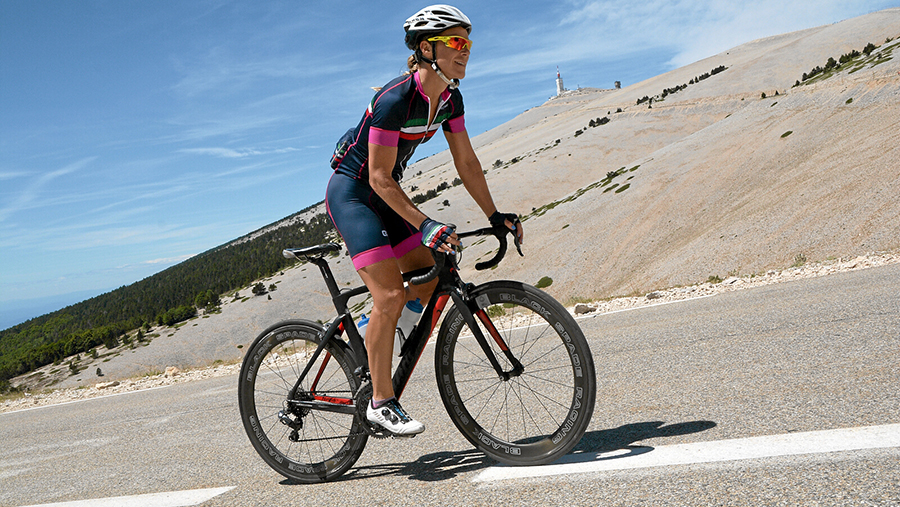 Going triple up Mt Ventoux
This July, during my escape from the blistering Middle Eastern heat, I passed by Provence, France, for the first time ever. As an adventurous cyclist and a frequent traveler, unquestionably, Mt Ventoux has been on my list of ‘epic climbs’ for some time now. By pure coincidence and a spontaneous decision I landed in Provence, with my bike. The first day I summited via the famous route from Bedoin, reaching the top covered in grey and chilly clouds. For many, undoubtedly, summiting once is a huge personal achievement, but I knew already on the first day, that once wasn’t going to be enough. If during my week in Provence, the opportunity was right, I knew I wanted more, not from the mountain, but from myself.

On day 5 of my 7-day stay, I wake up to a reasonably windless and sunny morning. I reckon this could be a good day for a long bike ride. I stuff my jersey pockets to survive all day and take off solo, to the bottom of Mt Ventoux. 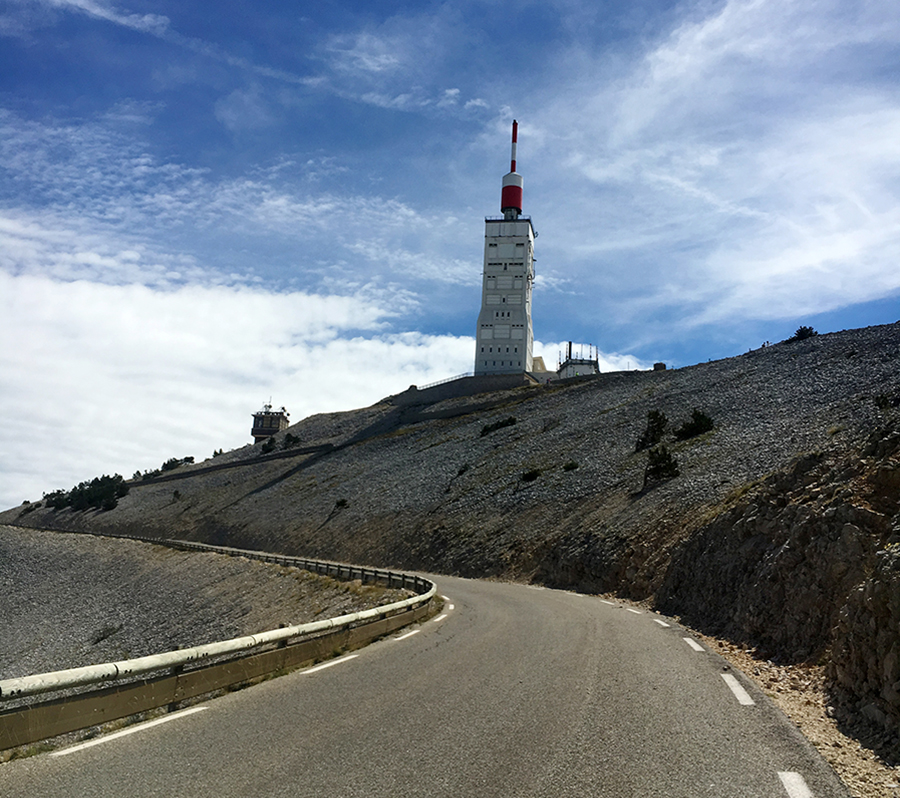 Summit One (via Malaucine) – 21K @ 7.2% (max 12%) and 1,540m of elevation
I had already climbed the days before via Bedoin and Sault, so of course I started here. I would go as far as saying this is my favourite side. The climb has some very steep and unforgiving sections, but what I love on this side is that you are also randomly met by sections of 4-5% which certainly feels like a nice break (from the 11-12%). While counting down the kilometres one by one via the road signs, the gradient varies all the time making the kilometres tick by even faster. Even better, as you pass the 10km and halfway mark, you get frequently surprised by the utterly breath taking French Alpine mountain range behind Ventoux. As you turn around the bend with 2K to the summit, that epic radio tower appears before your eyes for the very first time, standing tall and visible. Suddenly it’s there, so close. No matter how you feel at this moment on the climb, you will feel like you can conquer anything. I felt good on my first ascend. I stuck to my plan, climbed steadily and comfortably. I had minimal wind resistance and warm sunshine streaming down on my body. It’s only midday as I reach the summit. I am feeling great, in body, mind and soul. The Malaucine climb is grand! I want more. 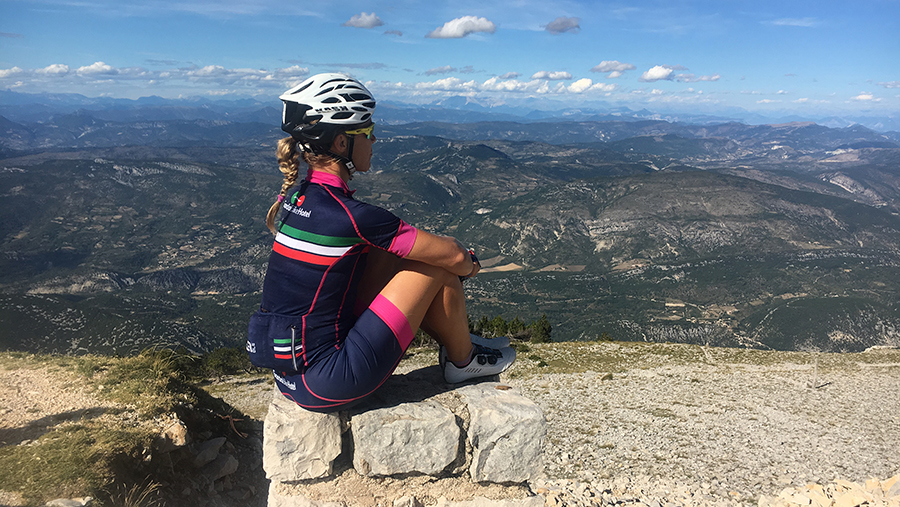 Summit Two (via Bedoin) – 21K @ 7.6% (max 12%) and 1,640m elevation
The descent from the summit to Bedoin town is one of my favourites ever! There are almost no switch backs and there are both longer straight and steeper sections and perfectly proportioned bends to really get some none-nerve wracking and truly exhilarating speed going. You can take on almost the entire 21km downhill without breaking hard and without breaking much.
I take a quick coffee in Bedoin, look at the radio tower in the distance and jump on my bike. As I pass through the first 6km in the open landscape, the tower seems so far away, but a least the gradient of this part is quite pleasant, not too steep. The Bedoin side is the most famous climb, the one featured regularly in the Tour de France. The middle 9km are by far the hardest. This part is uncompromising and unforgiving, with an average gradient over 9%. It leaves no chance to rest the legs with gradients varying between 7-12% only. It snakes through the woods and you can never see far ahead. Exiting the woods by the Chalet Reynard, the last 6km opens up into that famous lunar environment. The gradient drops a bit, but it is still hard. The view of Provence appears and the tower is now within reach, again. It is truly magnificent. I reach the summit in the middle of the afternoon for the 2nd time feeling nothing, but happiness. It is still warm and sunny, with only very little wind. Would I even consider ‘only’ climbing up twice on a day like this? No! 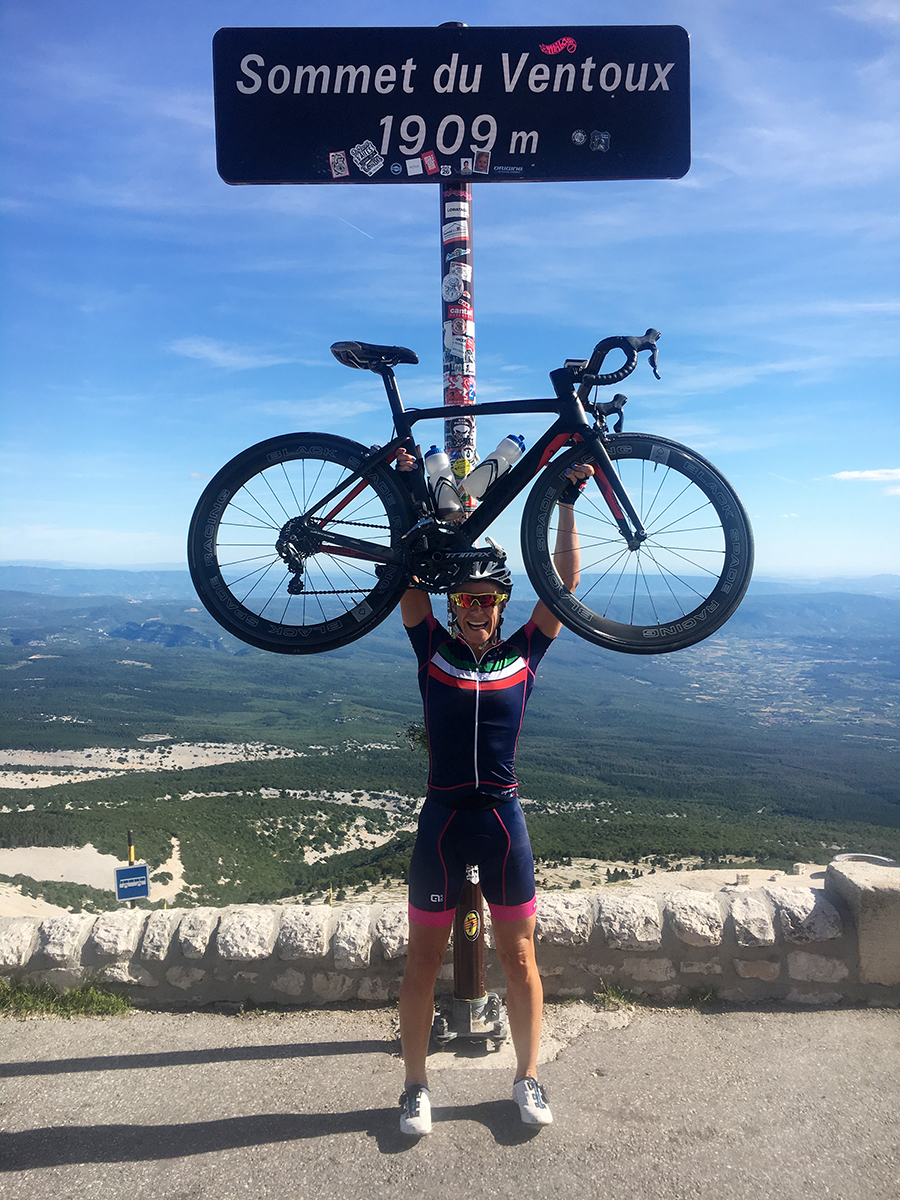 Summit Three (via Sault) 26K @ 4.5% (max 11%) and 1,220m elevation
There’s some work to be done on the descent to Sault, it is less steep and requires more pedal power. I take a quick coffee in Sault and jump back on my bike. The first few kilometres from Sault run through the open lavender fields. I can now for the first time today feel my legs getting a little heavy. I left the Sault side till last as it is the easiest. It starts a few hundred meters higher than the other two sides, thus less steep. It is also the least exciting side; there is not much to see really. Most of the road is hidden away by trees and mountain side, but every now and again the view over the landscape towards the Nice area appears. There is some false flat the last few kilometres before reaching Chalet Reynard, where the Sault road connects with the Bedoin road, merging onto the bald section. It feels really good to collect some speed here. Passing the Chalet and heading back up on the limestone section, there it is again, the tower. It is now around 5pm and I pretty much have that legendary mountain road to myself. I can’t believe how good I am still feeling as I reach the summit for the 3rd and final time in the late afternoon. It is peaceful at the top. The enormous crowd of cyclists and driving visitors from earlier in the day have disappeared and I can now satisfyingly take a moment in silence, crack a big smile, admire the breath taking views of Provence, but not least of all appreciate that I just completed my biggest climbing challenge ever, just because it was a nice day for it and because my body and my mind allowed me to enjoy every pedal stroke along the way.
Is it madness? Maybe for some, but in my experience, it was EPIC! ■ 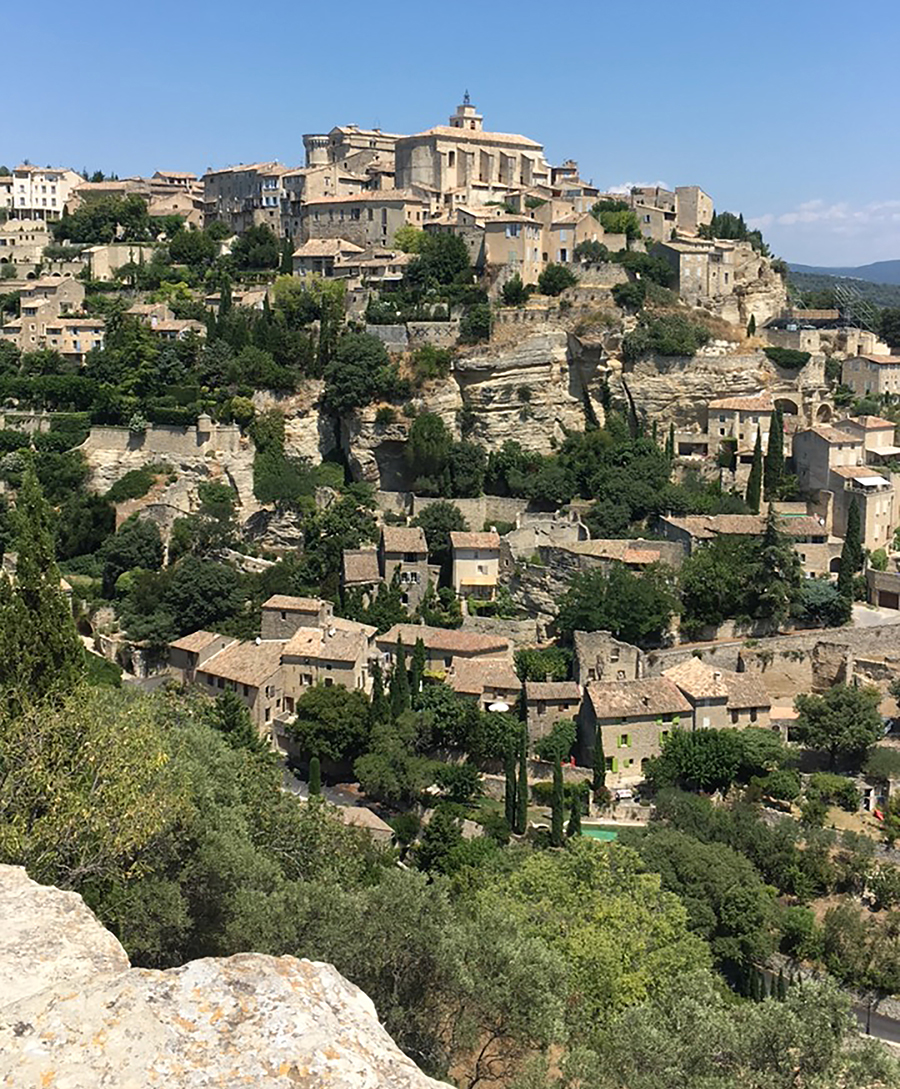 Club des Cinglés du Mont Ventoux (Club of madmen of the windy mountain)
You can join this club of mad riders, ascending Mt Ventoux from all three sides in 24 hours, by obtaining a road map that must be stamped in all three towns and at the top. You can choose the sequence and the date yourself. By approval of the attempt you will join the Club and receive a specific laser printed and numbered medal of the Club des Cinglés du Mont Ventoux.
www.clubcinglesventoux.org