Climbers from across the region gave it their all in the first Red Bull Psicobloc climbing event held in Dibba, Musandam 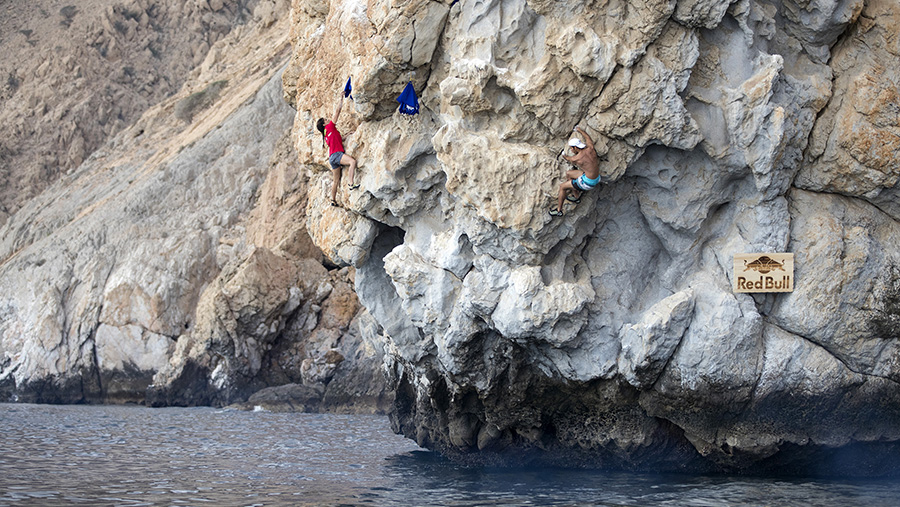 Climbers from the UAE, Saudi Arabia, Bahrain, Oman and Lebanon gave it their all in the Red Bull Psicobloc climbing event held in Dibba, Musandam Governorate in the Sultanate of Oman, under the watchful eye of rock climbing pioneer Chris Sharma. 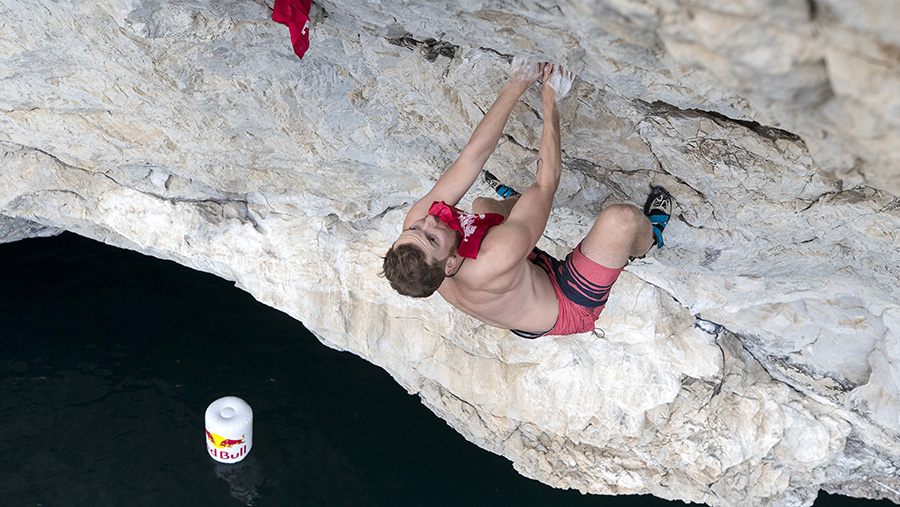 This inaugural deep water solo event, a first for the region, had the participants free climbing above the water, competing to collect flags placed on one of the most challenging sea cliffs of the Musandam coast. 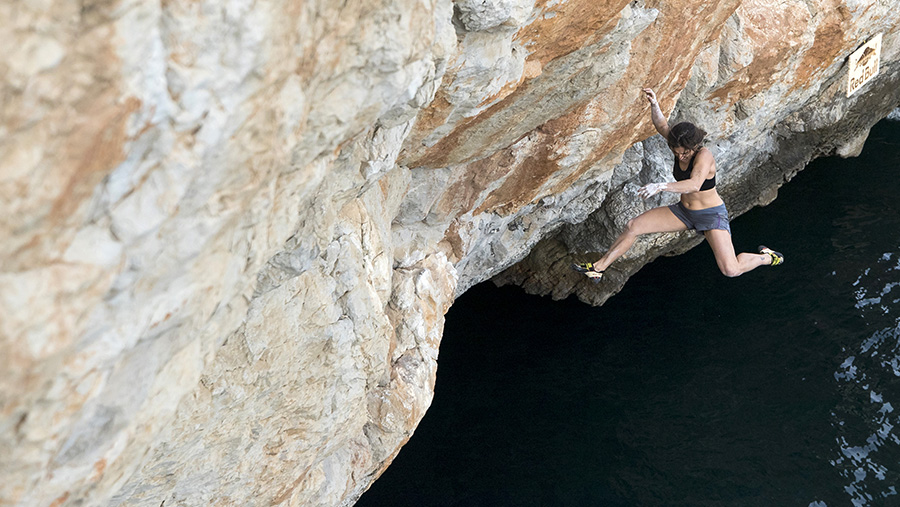 During the day, Chris Sharma displayed his world-class talent by very nearly succeeding on his own Ultimate Route and then he set the stage for the final round by skillfully climbing the male final route, placing flags at the summit for the finalists to catch, or attempt to. 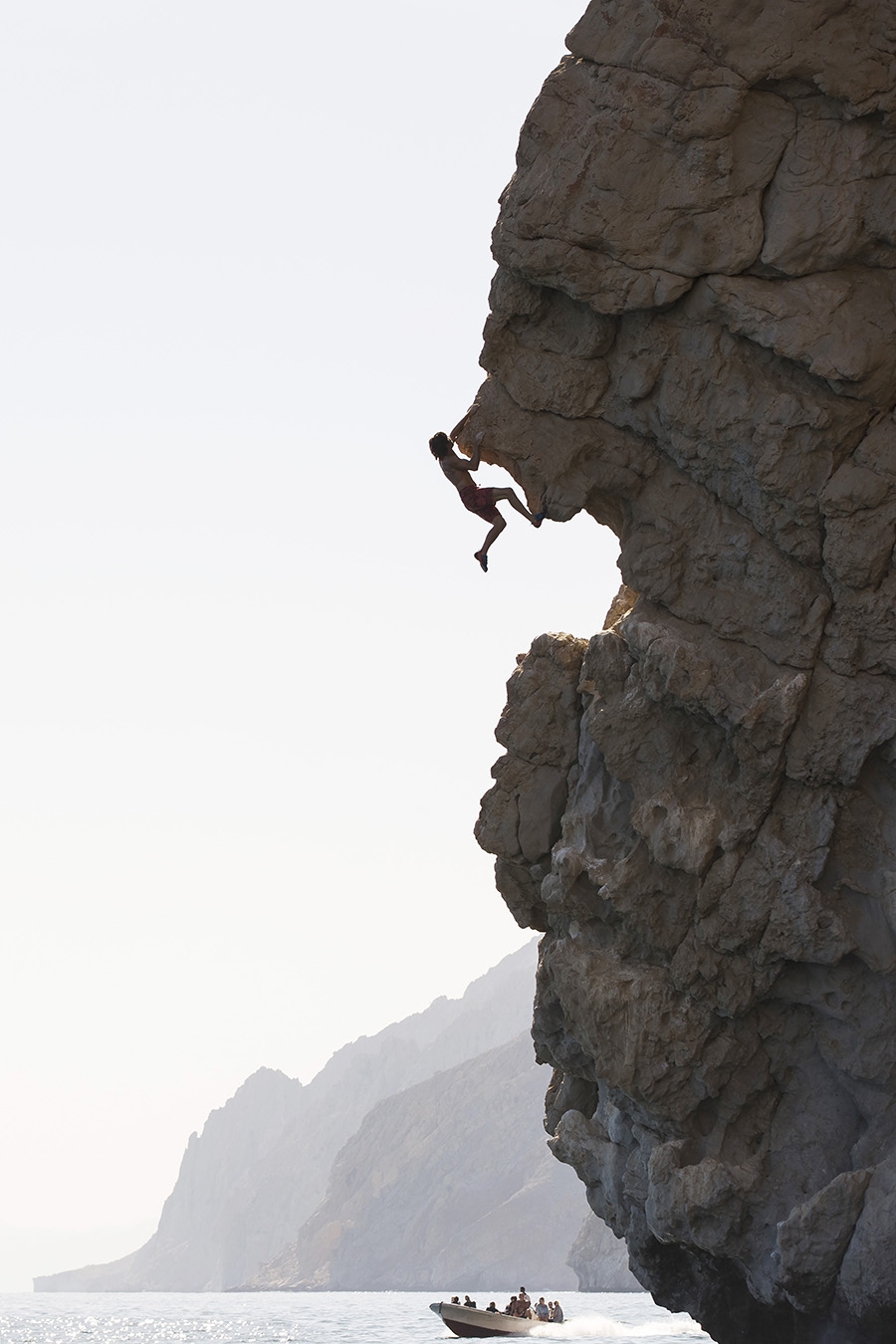 With a total of 41 participants, the qualification round was exciting and then, in the spectacular final round, Ukranian Yurii Volodko and Lebanese-Canadian Mayssam El Kaii clinched first place in the male and female categories, both nearly topping the cliff, the cheers of the rest of the participants urging them upward, before splashing down. Emirati Hamad Sajwani and German Jan-Georg Wagenfeld placed second and third in the male category, while Anne Romeo from France and Irma Kesler Prata from Croatia took third place. 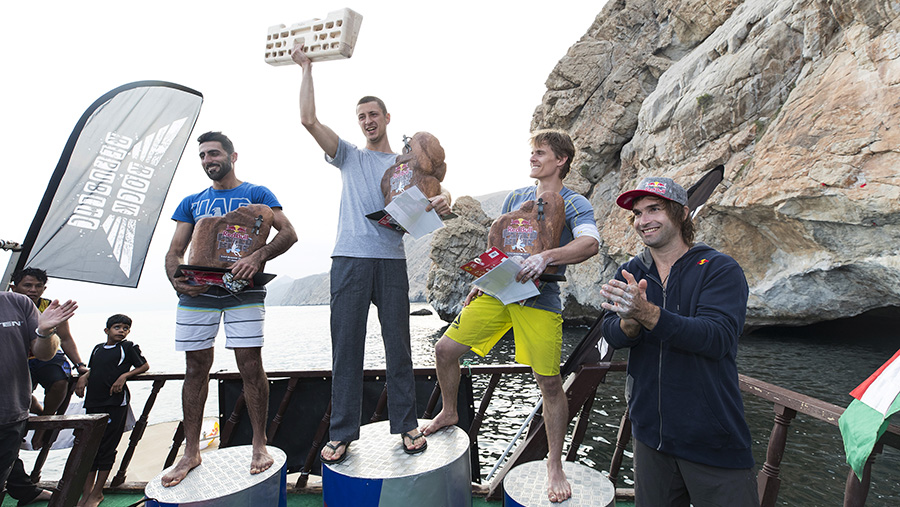