The Bulletproof Guide to Nutrition in Ironman

This should serve as a guide to what your nutrition plan for a triathlon should look like or what should you take into consideration, since there’s really no “one-fits-all” nutrition plan we can all use. Because of differences in gender, distances, environment and metabolic efficiency, it is almost impossible to pinpoint a calorie range or hydration needs for athletes to consume during competition without formal assessment, experimentation and data collection during training of oneself. 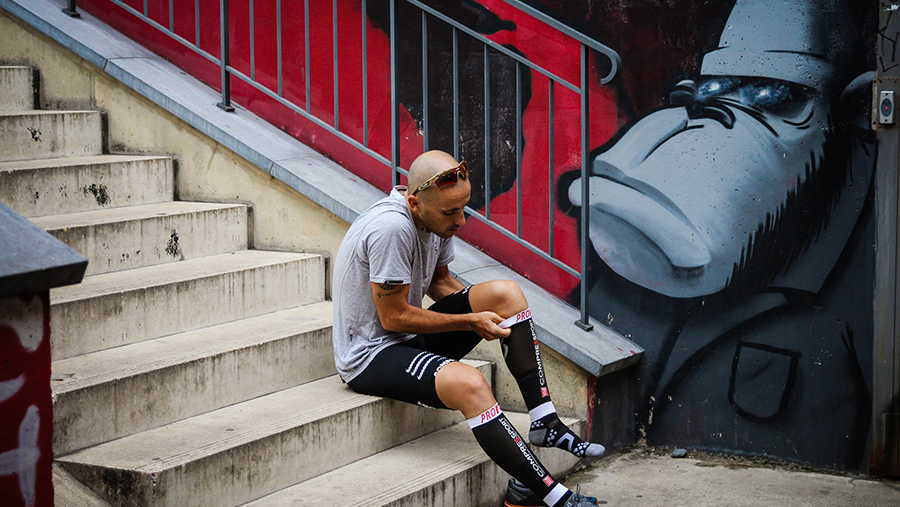 There are however a few things we should always take into consideration, that never change much, and I will bullet point those for you now: 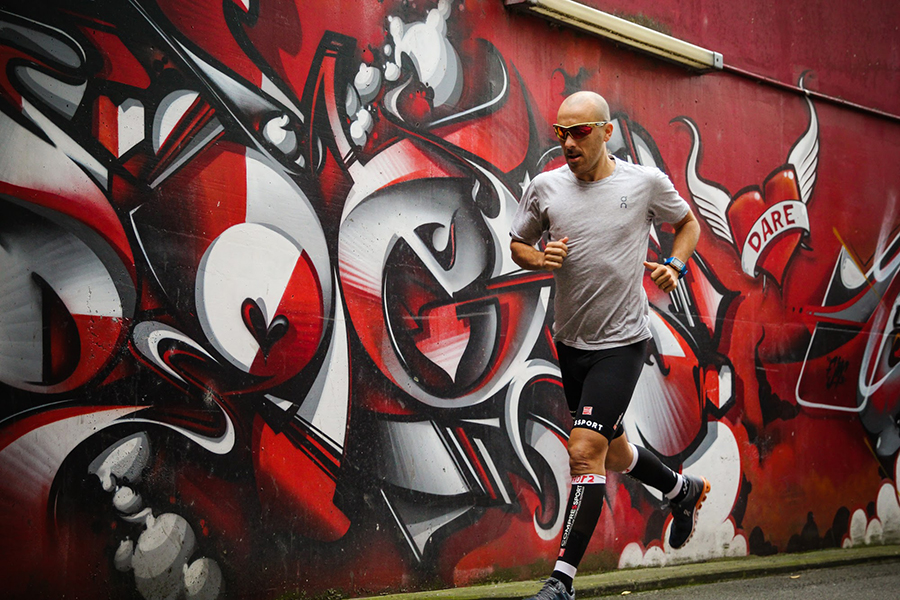 Fluid needs
If there is one thing 90% of the athletes often discard it is how important hydration is in both training and racing. It seems easy to understand that your body needs calories to keep functioning but we all forget that for our body to produce energy and use those calories, it always needs water to complete the process. We have all read those reports of performance drop when we get just slightly dehydrated, now imagine all the water you lose during effort plus all the calories we eat and all the extra water we will need to compensate for both the loses and the new chunks of energy we are ingesting. As a rule of thumb, aim for one full bottle of fluids per 45-60min (24oz – 1 Litre). 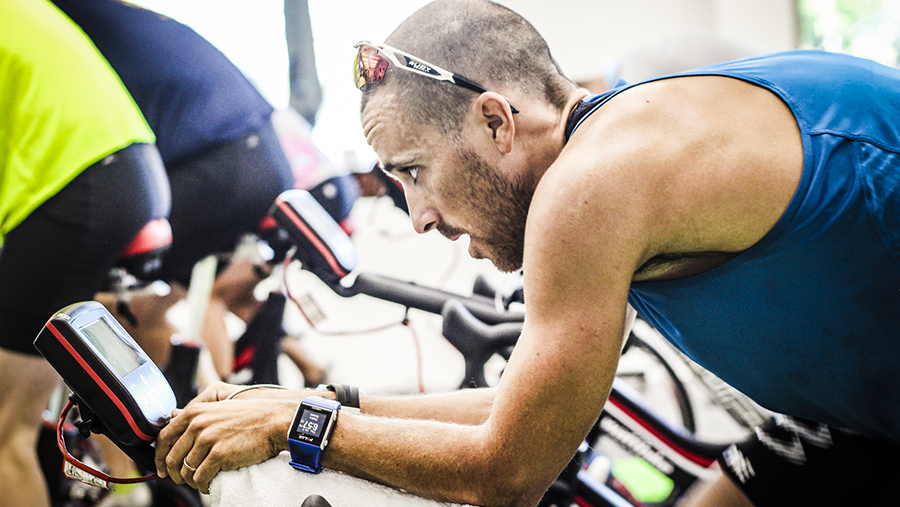 Sweat rate
As important as it is to make up for our fluid loses, it’s equally as important to keep the electrolyte balance in our body. Electrolytes are fundamental for our bodily functions to run at optimal levels. Usually lack of proper balance causes our body to cramp and (eventually) fail. Imagine these little minerals as the oil of our engine, it helps things run fluidly and effectively. The most common mineral we lose in sweat is sodium and as we need to replenish fluids, we also need to replenish the sodium (and other minerals) loses. The best way to fix the problem is to know how much sodium you are losing per hour – something a sweat test will tell you – so you can compensate with either salt tablets or through energy drink. I highly recommend you do a sweat test at least once in a lifetime. Your sweat rate doesn’t change much throughout the years, although our body tries to adapt to long periods of exposure to certain conditions and it’s highly affected by the weather and humidity. Knowing what is your standard, helps adjust to new conditions. The hotter, more humid weathers will accelerate the sweat rate hence races in Hawaii being so draining. A good starting point would be to aim for 600mg per hour of effort, although in hot races you may sweat out up to 900-1000mg of sodium. So you see, if you only drink plain water during your efforts, that’s how much deficit you will be on per hour. A rule of thumb is: use energy drink in your water bottles with electrolytes. Whatever the content of electrolytes is, is always better than plain water. 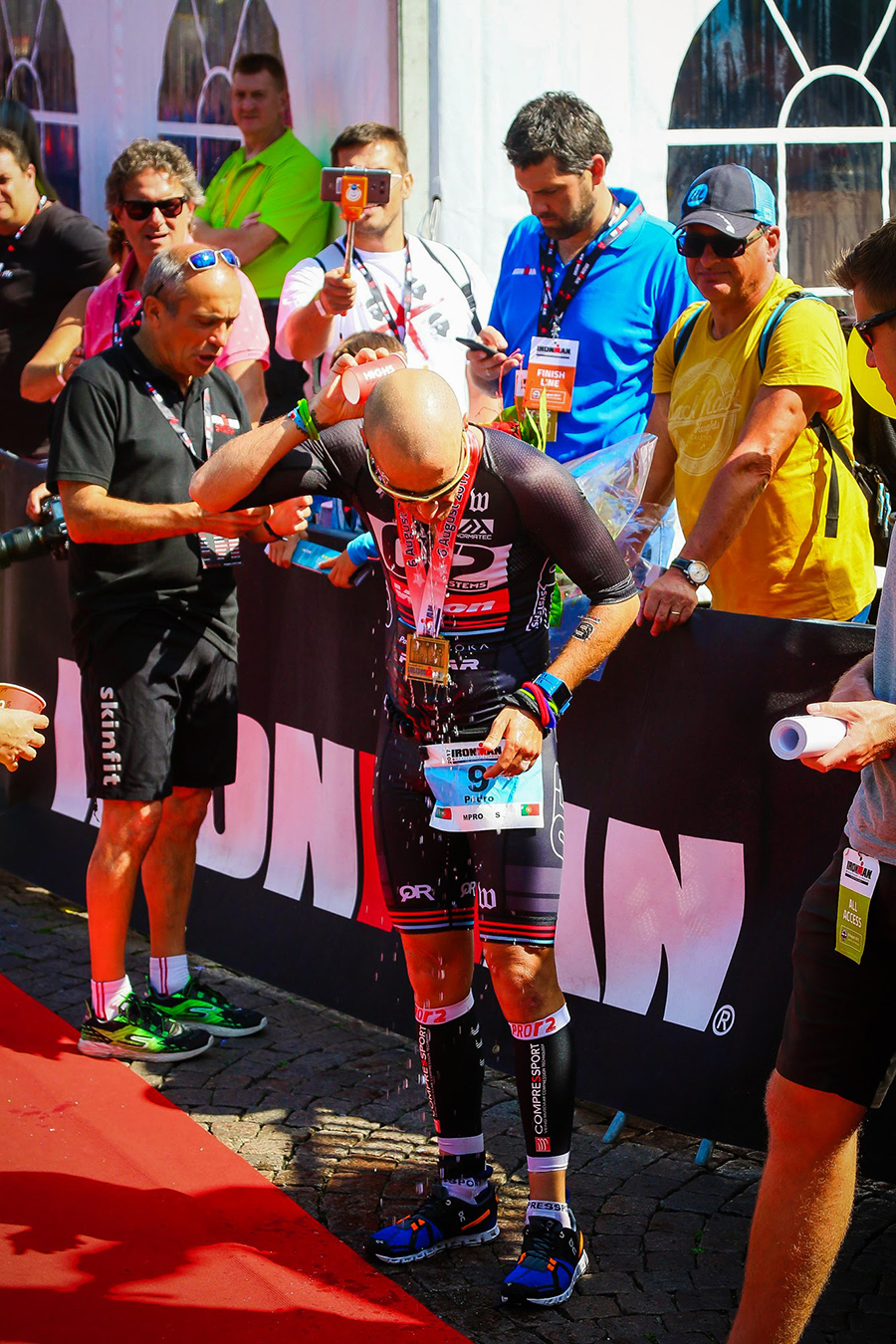 Calories
Ingesting calories during long efforts is what people do the best amongst the basics of nutrition. It’s easy to understand your body needs it to keep going for hours. What you probably don’t know – or often forget – is you can train your body to actually be more efficient on how to process those calories during the effort and eventually tolerate more calories, and fluids, per hour. As everything in life, practice makes perfection and the more you train your gut to handle the same regime of calories (and fluids) you will use on race day, the better and more efficient your body is handling it when it comes to race day. People often complain that if they eat during an effort they will feel sick but if you don’t practice it, you will always be sick when you do it. Even if you have to puke a few times in training, that’s fine, your body eventually will get it together. The rule of thumb as for number of calories per hour varies with your body weight but if you are an average sized human, I’d say at least 200-250kcal per hour is a good starting number. 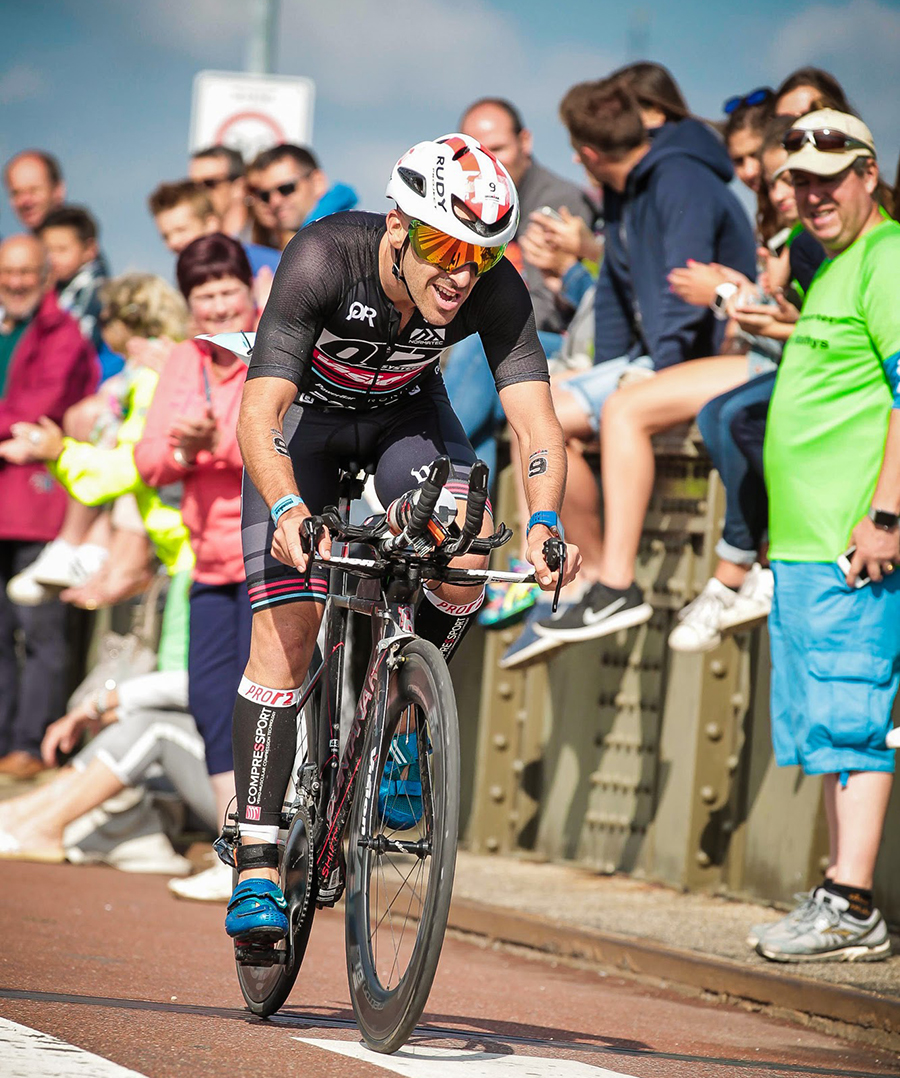 Timing
When all is said and planned, timing is the last thing you will probably need to figure out. From my own experience as an athlete, and dealing with other athletes, your body will handle much more calories during the bike portion of the race than on the run. Because the run is such a high impact, it applies higher levels of stress and heat to the entire system and it will make it harder for you to digest and use any solids you ingest during that final leg. Keep it simple and mostly “fluidy” on the run, with gels and energy drinks. Save the solids for early on the bike and don’t be afraid to overdo a little the fluids at the first few stages of the bike either. It’s very unlikely that you will actually overdo it and beyond the half way point onwards you will always be in deficit anyway.
I hope this helps you figure out and design a fueling plan for your next race. As much as we are machines, we will never be able to run efficiently and smoothly without proper “gas” and that takes proper planning and preparation! ■