For the first time in the iconic Dubai Marina, the Dubai Outdoor and Adventure show highlighted the growing participation of people from all walks of life in all things outdoor related. Organised by the founder of OutdoorUAE magazine, Daniel Brikhofer, and with sports giant Decathlon as the title sponsor of the event, it was certainly an occasion not to be missed. 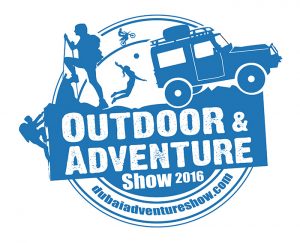 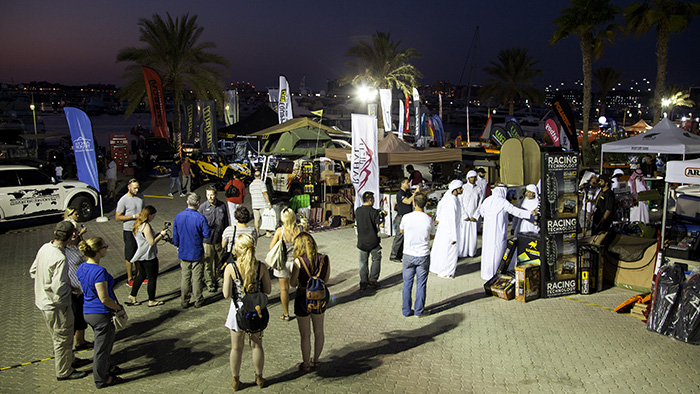 Held between 10th and 12th November, the event marked a change from previous years as visitors were offered respite from the winter sun in an air-conditioned indoor section, which featured delicious food and drink available from Yamaha Café. In this area, Decathlon goods were displayed for purchase, with small tournaments being organised, such as soft archery and table tennis. The movie room played footage of special guest Andrew St Pierre White’s incredible expeditions, as well as films by Wouter Kingma, Read Macadam, Giles Richardson and Shaun Meyer, whilst other vendors from the outdoor community offered advice and products to customers. 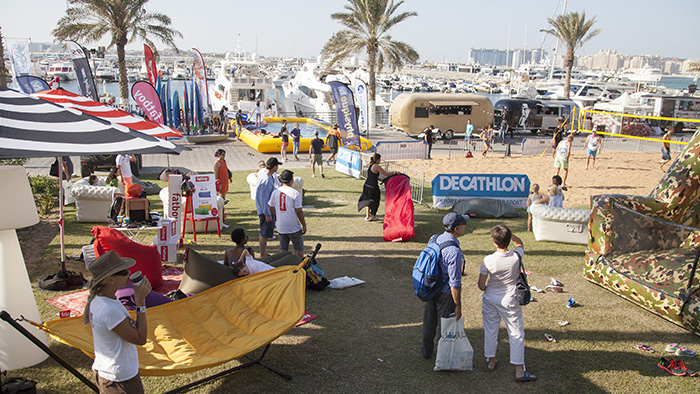 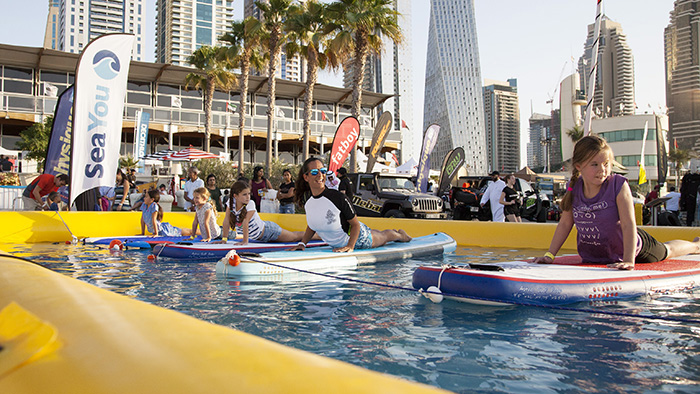 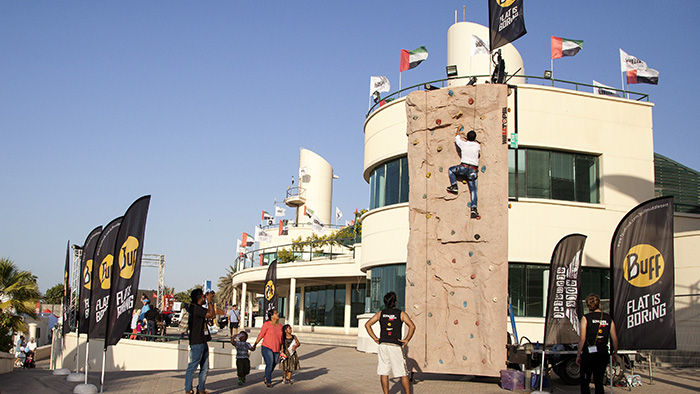 Moving outside, the set up did not fail to impress, from the magnificent Red Bull DJ booth, which kept the crowds entertained as well as informed, to the many food trucks which lined the shore, offering a range of mouth-watering delights for hungry adventurers. The ever popular SUP pool returned for another year, with SeaYou providing the opportunity for SUP Yoga, as well as the chance for people to try out paddleboards and kayaks. Once again, the climbing wall from Rock Republic proved to be a real highlight, with both novices and seasoned pros attempting to reach the top. 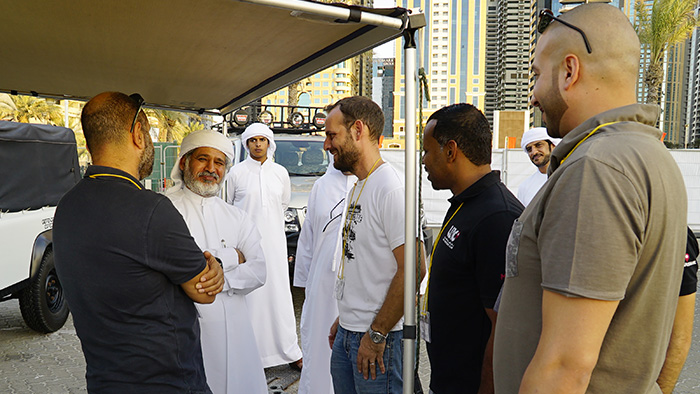 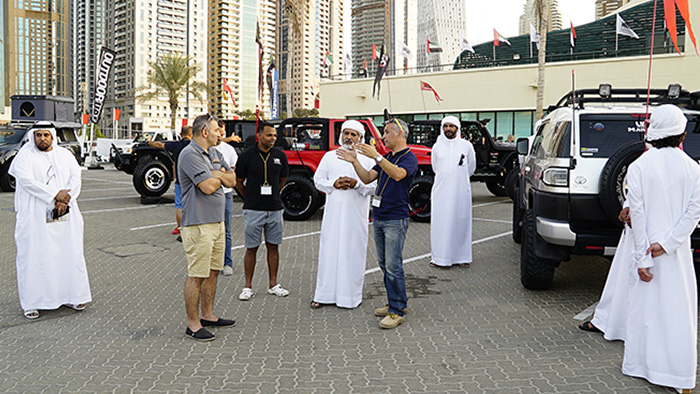 The event was honoured to receive a visit from one of UAE’s biggest and most high profile car enthusiasts: His Highness Sheikh Hamad Bin Hamdan Bin Muhammad Al Nahyan. Sheikh Hamdan spent some time walking round the various exhibits and of course, checking out the 4x4s on display! 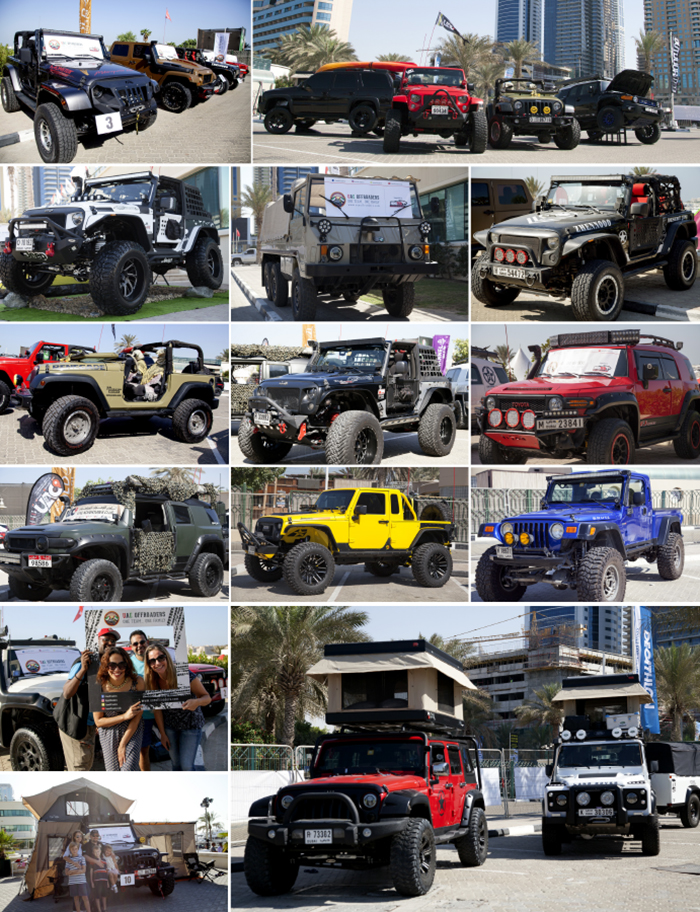 The Best 4×4 Competition had its own dedicated section and saw more than 30 amazingly modified vehicles, many from local clubs such as UAE Offroaders, UAE Adventure Club, and Jeepers who all competed for the title of “Visitors Choice”. 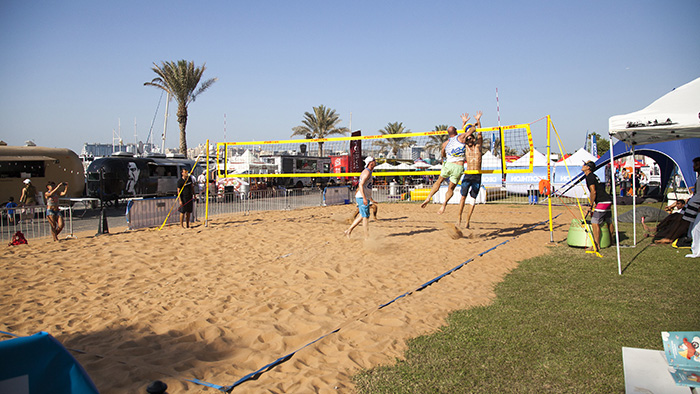 The beach volleyball competition proved to be another popular event, with 30 tons of sand being brought to the venue in order to create the court. Twenty teams took part in two separate categories, men and mixed.The volleyball court saw several thrilling battles in a contest that was expertly organized by Caroline from Vapero Dubai. Participants were given the ideal opportunity to train on the first day of the event, setting themselves up for the main competition days on Friday and Saturday. 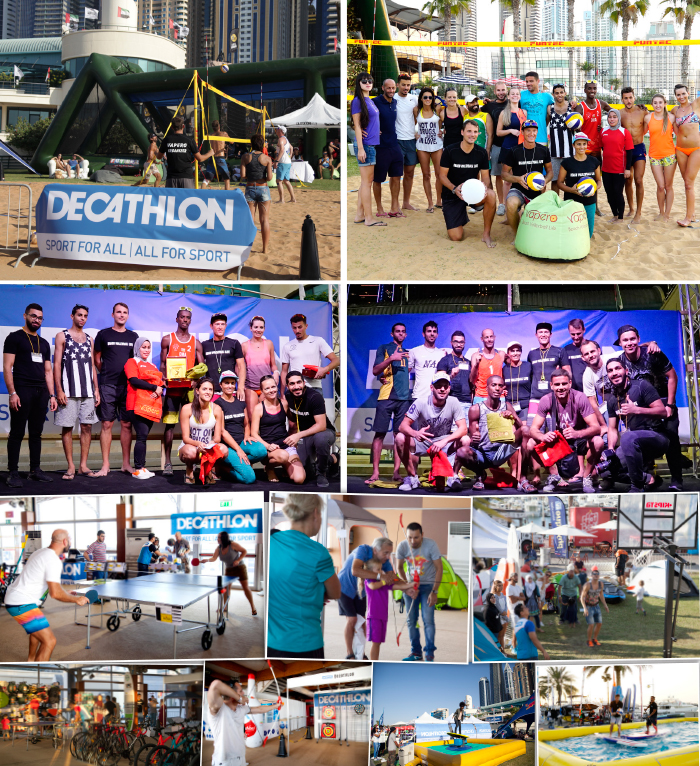 World respected writer, film maker and story teller Andrew St Pierre White hosted a special meet and greet with fans on the Friday of the show, following on from his article about 6×6 driving in Oman in the November issue of OutdoorUAE magazine. Furthermore, the Jeep Wrangler Rubicon featured in the same issue also made an appearance! 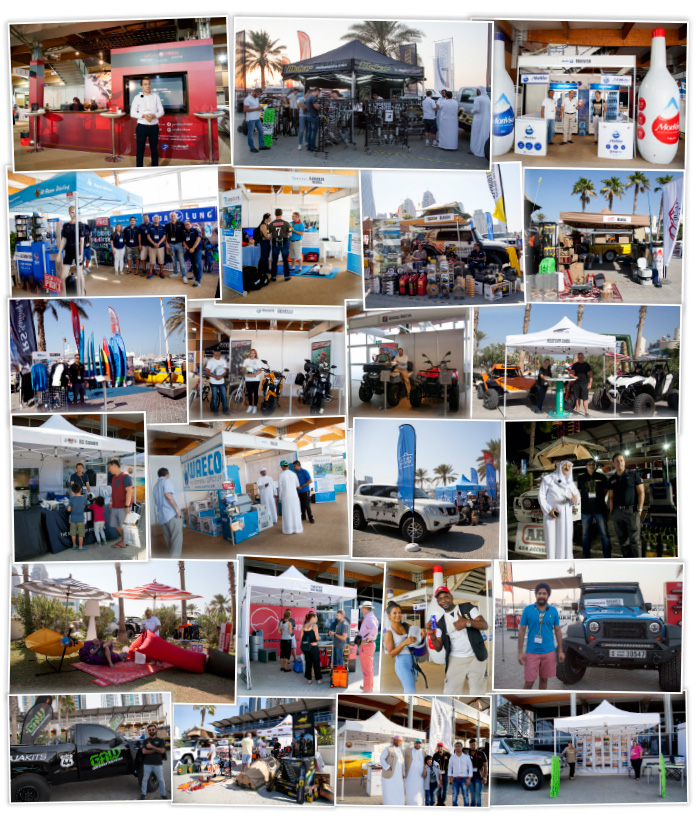 As the only dedicated outdoor and adventure show in the region, the event attracted a wide range of people from all different walks of life, connected by their love of all things outdoors. From watersports to off road driving, from camping to cycling and from climbing to adventurous expeditions, all tastes and abilities were accounted for. Speaking after the event, organiser Daniel Birkhofer said, “This year we brought the event to the heart of Dubai with amazing views of the Marina skyline and perfect weather to enjoy the event. The air conditioned area was a new addition as well as the beach volleyball, which we will certainly continue next year.This year we missed a bit the off-road DNA of the two previous years, so this is something we will work on to ensure we get the off-road thrill back for 2017. As much as everyone loved the venue by the sea, the area has a notorious parking problem which unfortunately some guests and exhibitors experienced, so this will certainly be one thing we will improve upon for the next show. We are very grateful for the big support Decathlon has given us for the event, as well as all exhibitors, partners and volunteers, in helping to build an experience-focused fun event for all outdoor loving people in the region. The 2017 show is already on our drawing table.”