Almost one year ago I received an email from a guy, named Francesco Gambella. He told me had a project where he would like to involve my organization as a media partner: A Kayak Adventure in the UAE, during the 46th National Day. 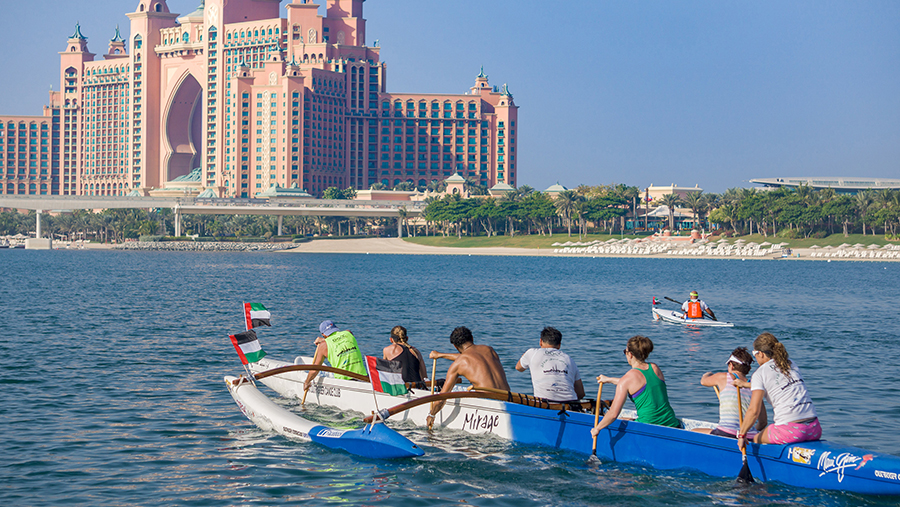 I was not sure about that, so I proposed to meet each other and to discuss it in person. Just after the winter holiday, I was back to the UAE and we were able to plan a meeting, during which Francesco proposed me: “let’s have a training together around the palm… and let’s talk about this project while we are in the water”. Deal! Of course, during that training, I decided to support Francesco as media partner during the adventure. 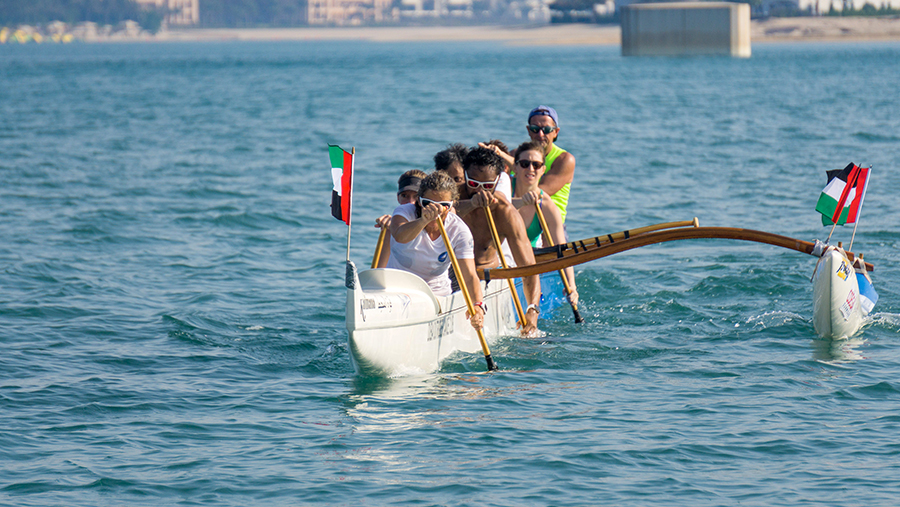 Born in Rome on the 27th of December 1973, Francesco’s tale is an amazing one. When just three months old he suffered two heart failures due to a serious bowel malformation. This legacy strongly affected his very attitude towards life. He started canoeing when just 12 years old, very soon his passion granted him remarkable achievements. Today he is the Italian canoeing world ambassador for the “Federazione Italiana Canoa Kayak”, the Italian Canoeing Association. He mastered the Third Level in such Association and is Ambassador for the African NGO Amref Italia Onlus. All of Francesco’s endeavours have been given exposure by international and national media. He helped to start up the Kenyan Kayak Association with the Lake Victoria Kayak Expedition, which has seen remarkable media coverage. He is also an honorary member of the world renown Porto Rotondo Yachting Club for his sporting achievements. After numerous journeys around the world, and kayaking in places like Tanzania, Uganda, Kenya, Polynesia, Indonesia and of course Italy, Francesco Gambella now decided to bring his kayak to Dubai. 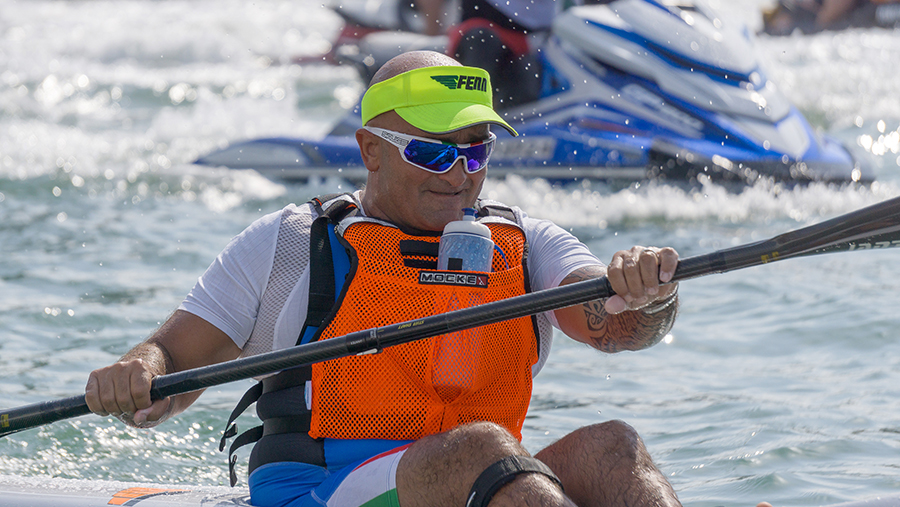 As planned on December 2nd, on the occasion of the 46th United Arab Emirates’ National Day, he started his new adventure from the “Fishing Harbor” in Dubai, he went through the inner circle of the “Palm Jumeirah” islands around the leaves of the palm, straight towards the entrance of “Dubai Marina Channel”. In Dubai Marina Francesco was followed by more than 200 jet ski riders, there to celebrate the National Day of the UAE, but that made it even more difficult to paddle due to the wave motion caused. 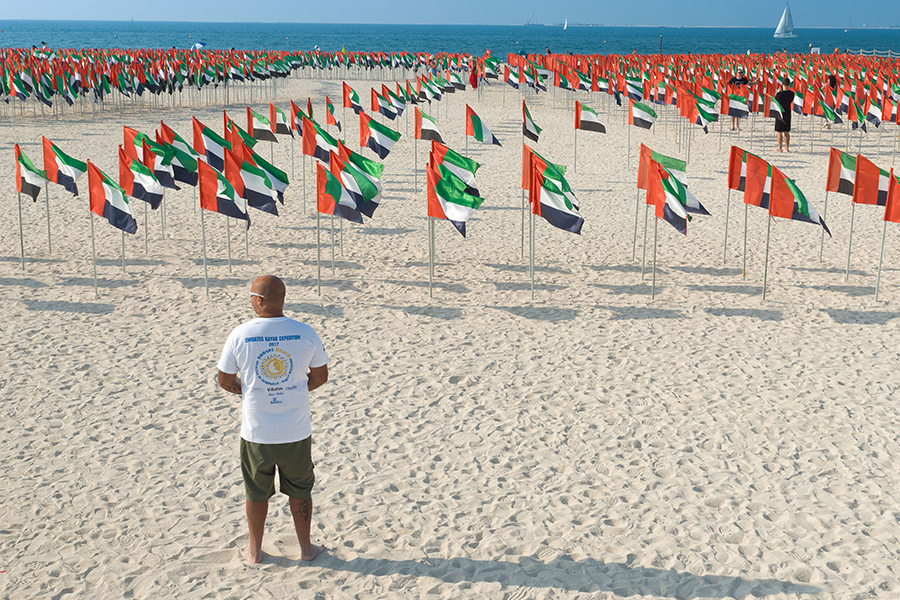 All required and necessary water security measures, as well as boats for Francesco’s expedition, were provided by the “Nakheel”. 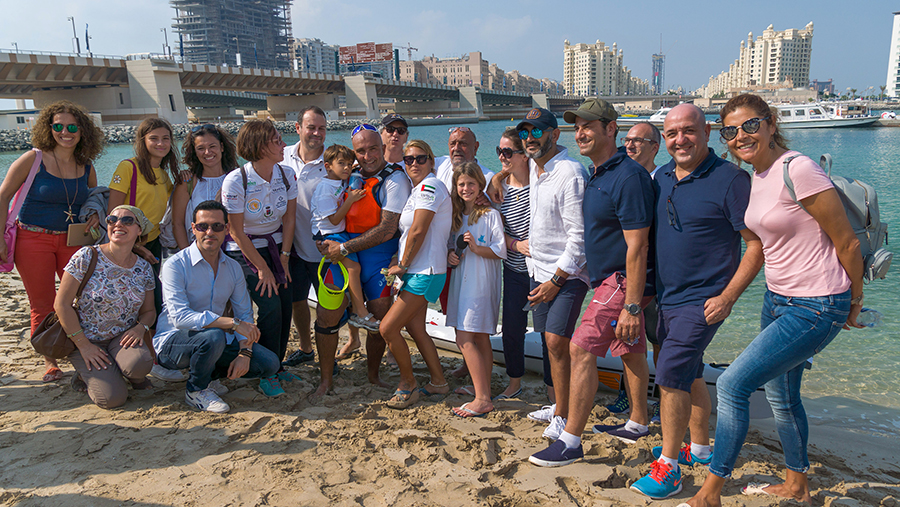 This event promoted Dubai in Italy greatly, thanks to a pool of journalists who followed Gambella from Italy. In Dubai Francesco is supported by the “Al Jalila Foundation” a global philanthropic organization dedicated to transforming lives through medical education and research, founded by His Highness Sheikh Mohammed Bin Rashid Al Maktoum, Vice-President and Prime Minister of the United Arab Emirates (UAE) and Ruler of Dubai in April 2013, to position Dubai and the UAE at the forefront of medical innovation. 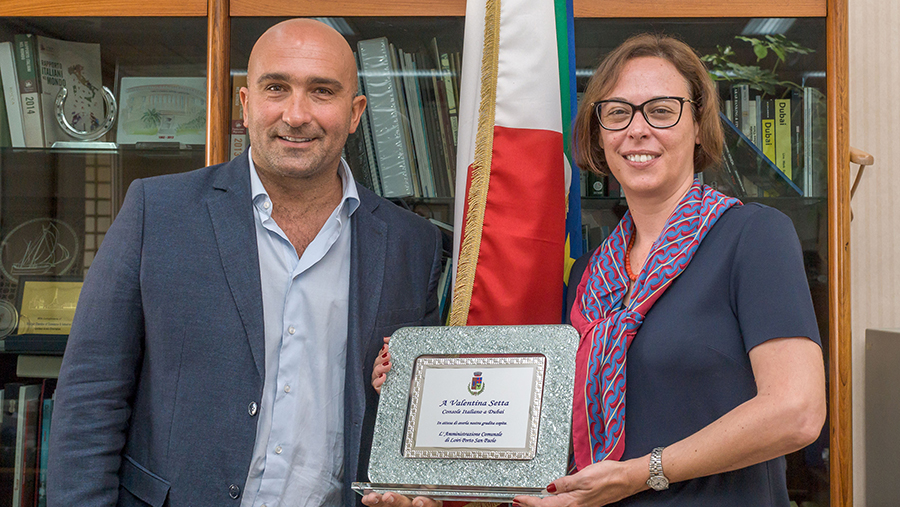 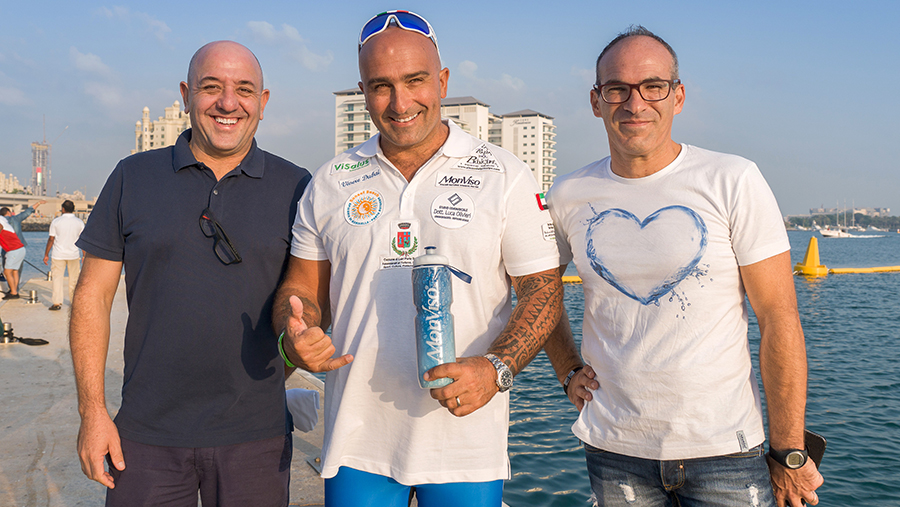 The adventure was being also supported by the Dubai Sports Council and the Italian Consulate in Dubai; the Italian General Consul Valentina Setta followed all the stages of the adventure itself. ■ 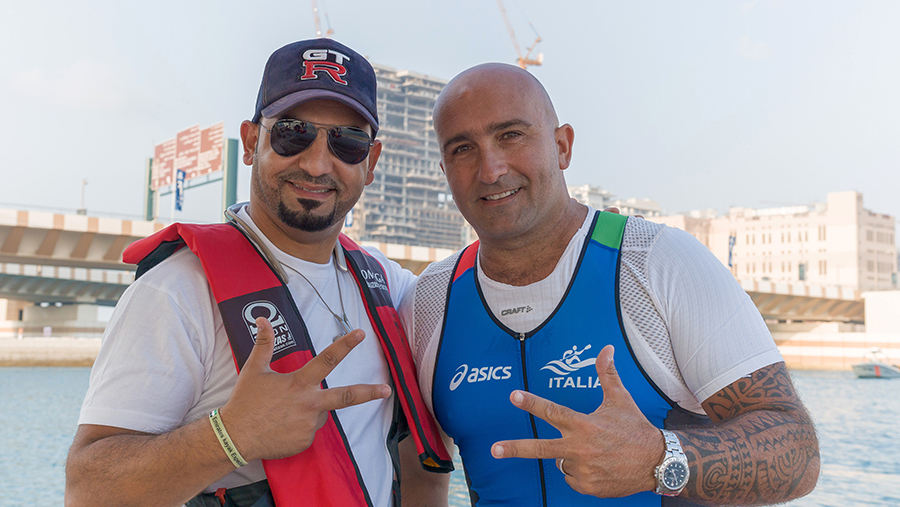