Jumeirah: On 3rd March 2018 SeaYou Dubai partnered up with the Dubai international boat show to host the 3rd edition of DXB Paddling. This year’s event invited all forms of paddle sports to compete from SUP to Surfski to Outriggers. 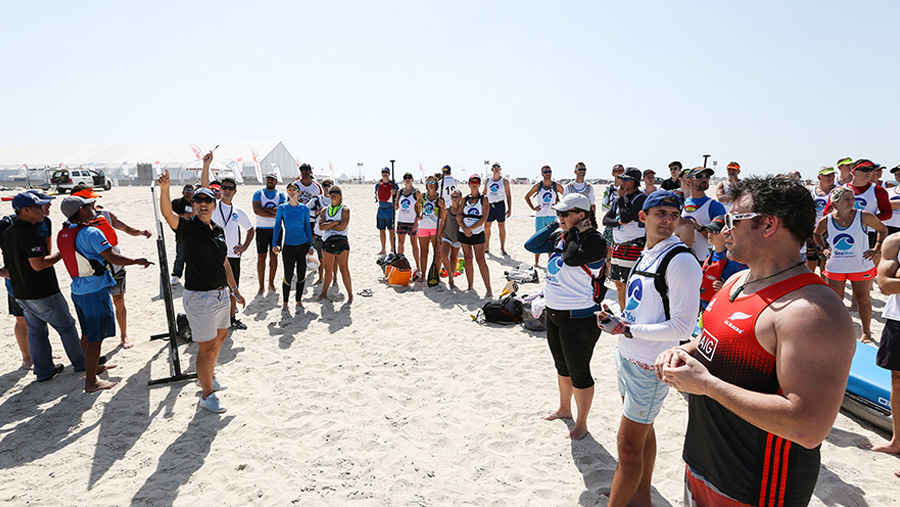 The goal of the event is to gather all paddlers in the region to get together during the largest boat show in the Middle East and paddle in aim to promote various paddle sports, similar to the Paris SUP crossing held every December during the Paris International boat show.

The home for this year’s race was a new location. A 6km and 12km race around Seahorse Island which was different to the previous races that took place around the Palm Jumeirah.
Despite the shorter distance compared to the last two challenges, the 12km was by far the most gruelling challenge we had faced due to rough sea conditions and strong winds. Around 10 knots was recorded on the day meaning all participants had an uphill task ahead. 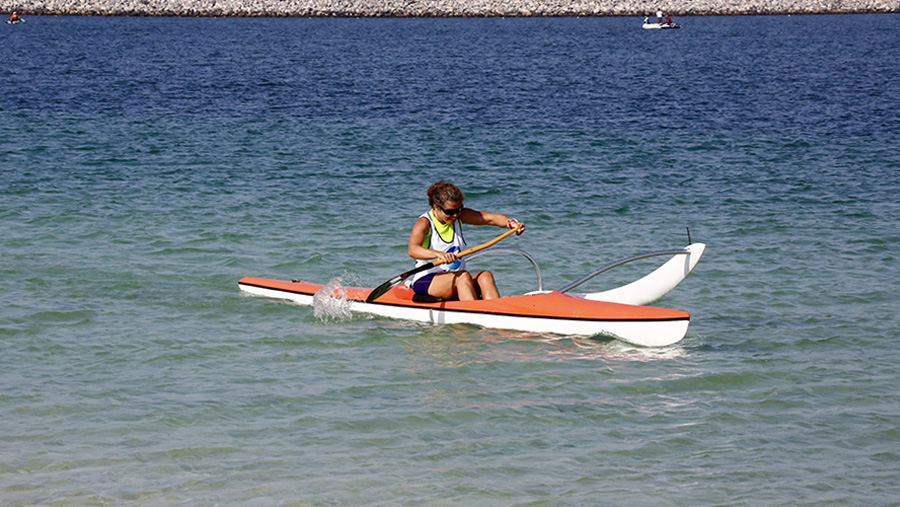 To complete the 12km challenge participants had to lap around the Island twice where they faced rough sea’s north of the island after paddling under the bridge and then going around the island anti clockwise. It wasn’t all tough as participants were greeted to stunning views of Burj Khalifa as they made their way back to the finishing line.

Around 75 participants from Dubai and Abu Dhabi SUP groups, Dubai Surfski & kayak club and Dubai Outrigger canoe club signed up to take on the challenge. 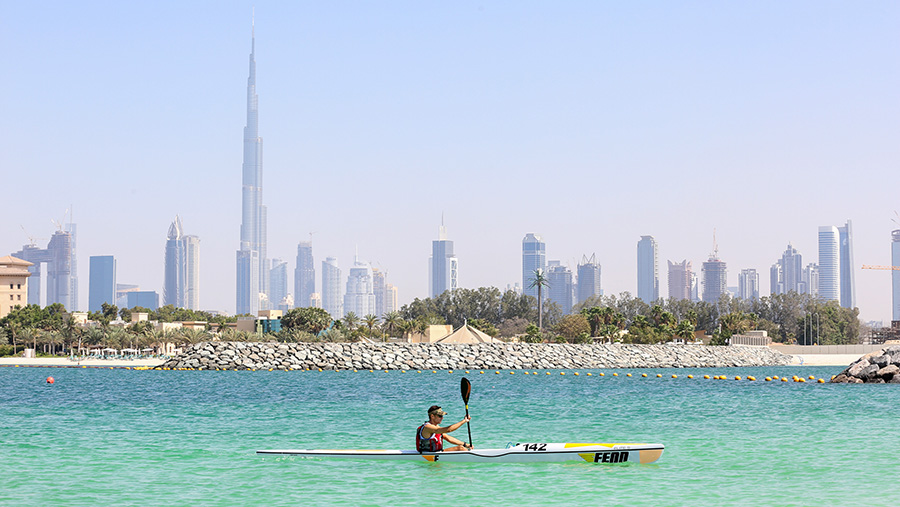 In the 6km Kayak race, Germoe Gacutno was the only kayaker to complete the race crossing the finishing line on his RTM Disco with a time of 1 hour and 3 minutes.

Last year’s winners in the Outrigger category, Rima Kaio and his crew in the OC6 took home 1st place in the 12km (1hr 9 minutes) race followed by Tina Tinggaard Nielsen in her OC1 (1 hour 22 minutes)
There was a good turn out from Dubai Surfski & kayak club. In 59mins: 44secs Doug Becton completed the 12km race followed by John Mc Laughlin in 2nd place with 59mins: 52secs and Wayne Taylor with 1hr: 30secs.

In the SUP event, the male 6km race saw Nic Yates come in 1st place with a time of 1hr 3mins, in 2nd place Jules Chartier with 1hr 4 minutes followed by Cedric Dulieu in 3rd with 1hr 7mins.

In the same event, the ladies category saw Alison Cook cross the line first with a time of 1hr 8mins followed by Christel Rossignol in 1hr 14mins and then Beatriz Ferreira behind her in just 1hr 19mins. 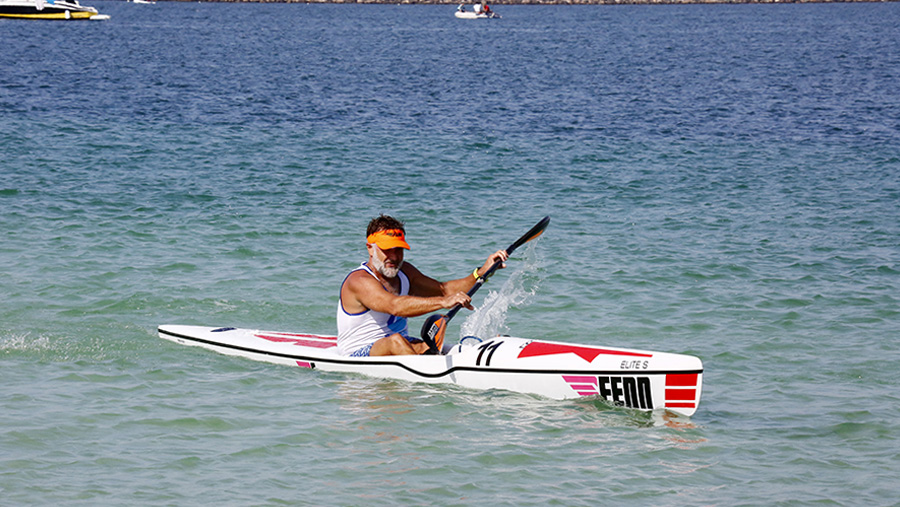 In the womens 12km SUP race, Krista Prall came in 1st with a time of 2hr 17mins followed by Jennifer Scully in 2nd place.

It was tough out there and everyone deserved credit for taking part and completing the challenge.

This was the third time SeaYou Watersports organized the challenge with the overall goal to push paddle sports in the UAE and hopefully encourage more people to get out on the water.

Participants were treated to after race snacks and an award ceremony where winners walked away with trophies, medals and prizes sponsored by Starboard SUP. Also a special thanks to Adventure HQ who provided the 12km winners with gift vouchers. 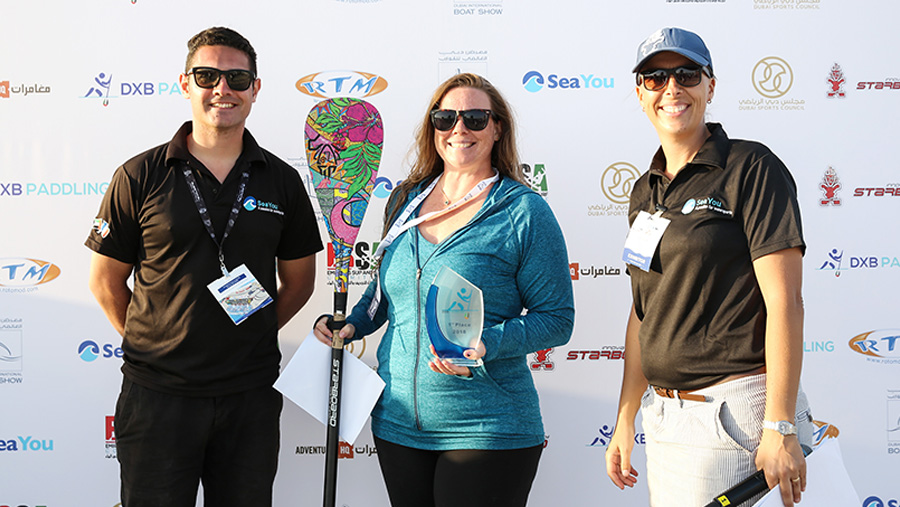 Big thanks goes out to DWTC, Dubai sports council and ESSA for making the event happen for the third consecutive year.

If anyone wishes to find out more info on past and future races can do by contacting info@dxbpaddling.com! ■