Unveiled its first-class products at DIBS 2017

For the 14th year in a row, Al Yousuf Motors returned to the Dubai International Boat Show with a collection of astonishing wave runners and sports boats. 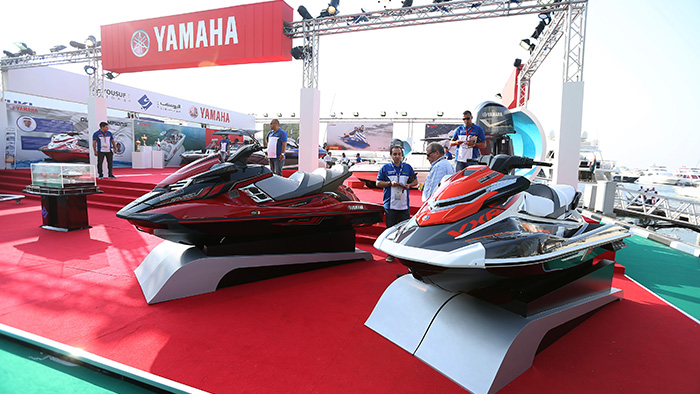 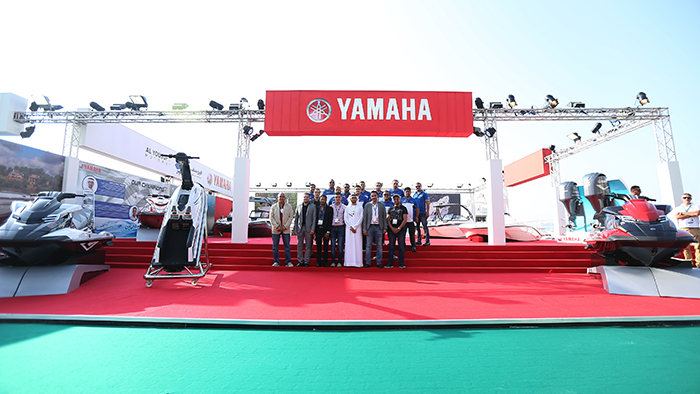 This year, Al Yousuf Motors was proud to announce its participation in the upcoming Dubai International Boat Show 2017, taking place at Dubai International Marine Club, Mina Seyahi from 28 Feb – 4 March.
Mohamed Iqbal Alyousuf, Deputy President – Marketing of Al Yousuf Motors clarified: “We participated in the Dubai International Boat Show for the 14th year in a row, not only to emphasis our strategic role in this region but to signify the UAE’s position as a maritime hub for tourists and a center of major sporting and sailing events, with our range of cutting-edge products.”

“A legend is born”
Introducing the banner stands of our newly launched Waverunner GP 1800 that has hit the records being the best waverunner in its category. The latest and the most powerful waverunner equipped with supercharged 4-cylinder engine with four strokes, which offers the maximum torque. 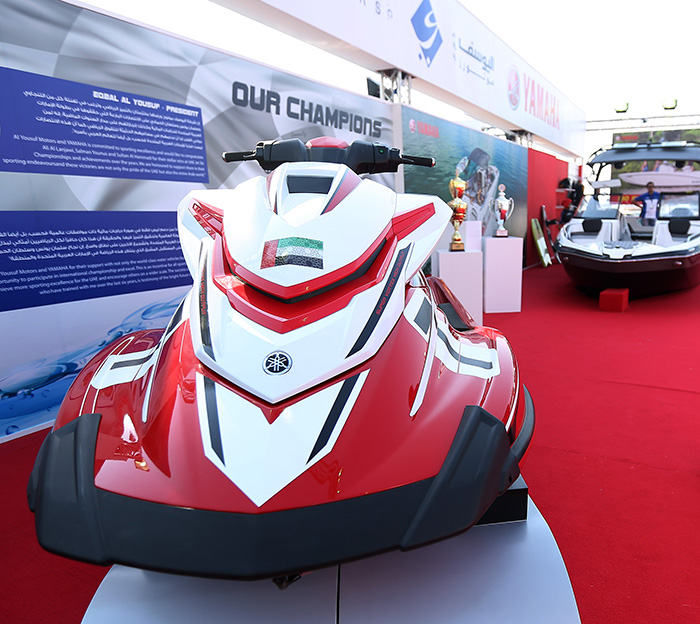 A high-performance waverunner that combines the best hull with the best high-speed Yamaha engine, the GP1800 also features a high quality control system. The lightweight waverunner is easy to control in turns and quick to speed from zero to 70 miles. 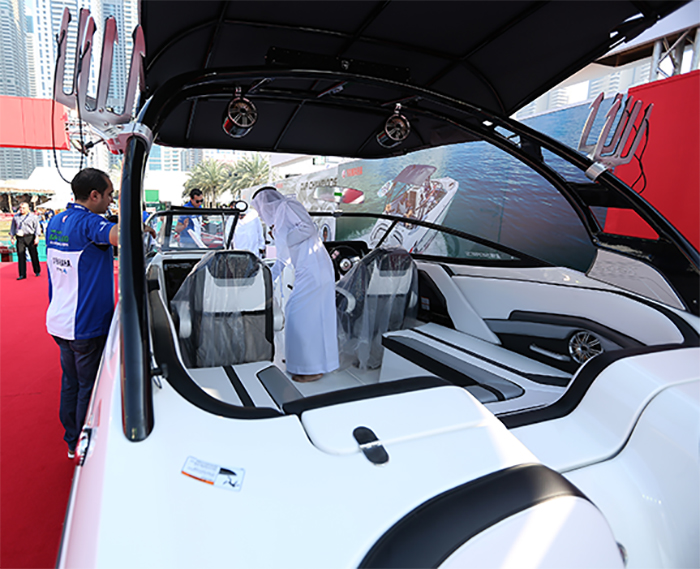 The 190 FSH Sport is a top-of-the-line family fishing boat with a T-Top. Yamaha’s new FSH family fishing series represents a clear departure from the previous models and indicates Yamaha’s commitment to innovation. The boat is built on a 19-foot, two-inch hull. The center console layout offers plenty of walk around room for everything from fishing to family fun. FSH Sport has plenty of storage options including a lockable glove-box as well as a 12V outlet, USB and auxiliary plug-in.

What else?
The sponsored racing team also was there at the Yamaha stand during the event and shared their experience using the Yamaha waverunner GP1800. It was used in the UAE Water Bikes Championship 2017 by the Champion Ali Lanjawi and the Yamaha Superjets that were used by Salman Younus and Sultan Al Hammadi. 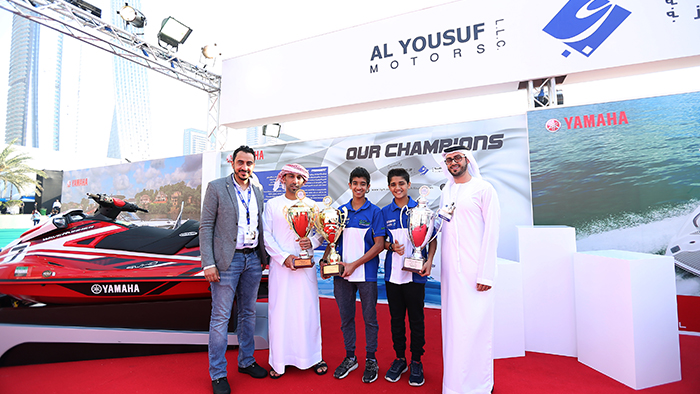 Ali Lanjawi, the World Champion with the Yamaha bike, took first place in 2016 in the professional category in Sweden, and the Pacific Championships in Estonia. Al Najawi also participated in the last World Championship in October in America, won two silver medals and competed in a number of different European tournaments.

Salman Younus and Sultan Esa Al Hammadi are the young champions in the Juniors Category. Salman and Sultan, who are also supported by Al Yousuf Motors-Yamaha, have been training with Al Lanjawi since 2010 and have won international Jet Ski championships. Salman had earlier won a championship in the USA, while Sultan won in Europe.

Thanking Al Yousuf Motors and YAMAHA, Ali Al Lanjawi said: “We are thankful to Al Yousuf Motors and YAMAHA for their support with not only the world-class water vehicles but also their full technical team. This support has offered me the opportunity to participate in international championships and excel. This is an incentive for all sportsmen like me to work harder and continuously improve in order to achieve more sporting excellence for the UAE and encourage others on a wider scale. The success of Salman Younus and Sultan Esa Al Hammadi, who have trained with me over the last six years, is testimony of the bright future this sport entails for the UAE and the region.”