Triathlon is one of the most rewarding things one can ever do in life, not just physically, but mentally, spiritually and socially as well. John Michael On can vouch for its many benefits.

When did you get into triathlons and what made you so passionate about them?
I started triathlons in 2011 as a relay team member.I have enjoyed this journey of training so far and have met generous people along the way, which has made the journey even more interesting. The fact that I have been able to train with a group of like-minded people who have helped each other and seen real progress makes it more exciting to be a part of. Triathlons are also a great way to get involved socially through volunteering, spreading awareness and contributing towards social causes. 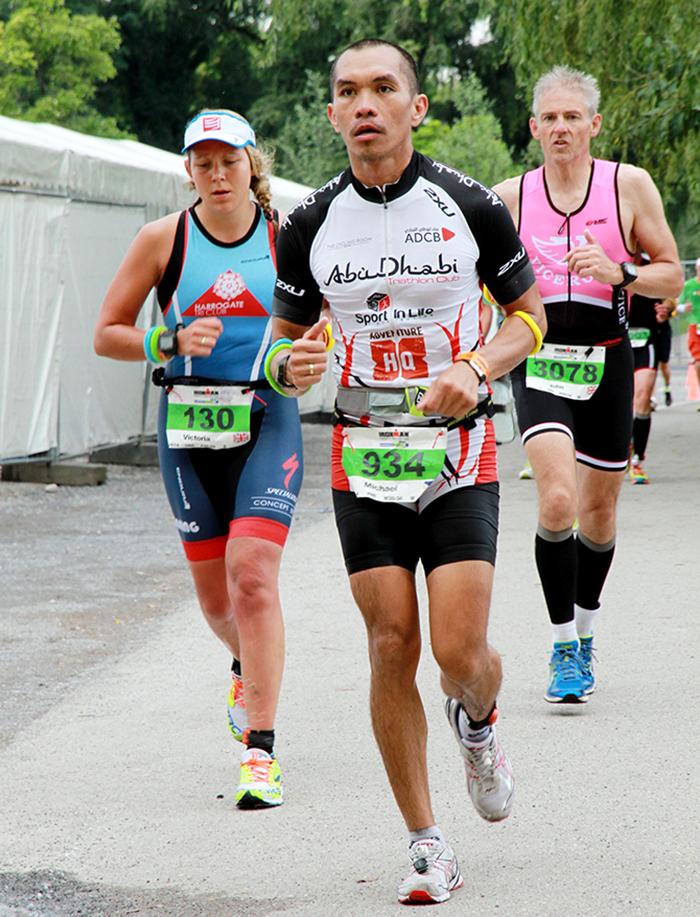 How long have you been competing and which triathlons have you participated in?
I started with my first sprint triathlon in Ghantoot, Abu Dhabi in 2011. My first 70.3miles Half Ironman race was in my hometown in Cebu, Philippines in 2012 and just recently in 2016. Thereafter, I participated in Pico de Loro Tri invitational 2013 in Batangas in the Philippines, which happened to be my first age group podium win. I did my 1st 140.6 Ironman at Zurich in Switzerland in 2014, followed by Bahrain in 2014 and Calgary in 2015. I was a part of SuBIT age group select 2016, first drafting Olympic distance race. I have also taken part in local races like Jones Lang La salle series, Mamzar series, TriYas, and ITU-Abu Dhabi.

Tell us about your training…
Training depends on the upcoming races and the main ‘A’ race. I usually train early in the morning before everyone wakes up at home. I try to train consistently and follow the training program set mutually by me and my coach Andy Dubois.I swim at the pool and when weather allows, at Bateen or Saadiyat Beach. As far as biking is concerned, I used to ride with the Raha Cycling led by Kevin Duell, then I moved indoors using my bike trainer to do more specific training and long rides to Al Wathba every Friday. Running generally takes place around Khalifa City Bridge and Yas Island. I run with Abu Dhabi Striders led by Kevin Rosbotham and Steve Watson. So, overall I train for 10-12 hours a week. 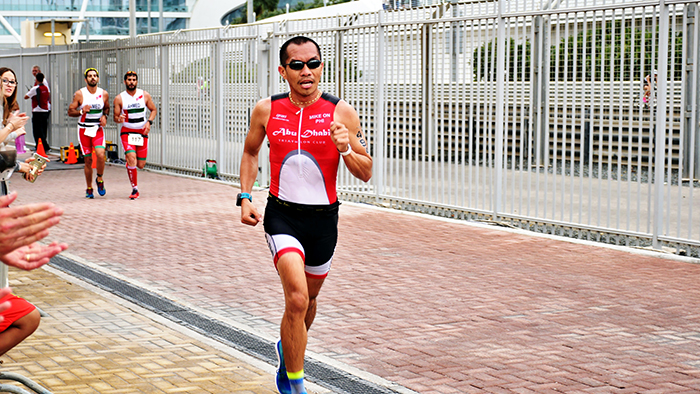 Why are triathlons such a great way to stay fit?
The advantage in triathlon is that it involves three sports so you never get bored,though the challenge factor remains and you always have a different training block focusing on a specific discipline.

What, according to you, is a great way to begin with triathlons, and do you have any tips for staying and excelling?
Don’t be shy to ask for help;there are lots of generous people willing to share their knowledge and contribute to your learning curve. So, just go ahead and start! Consistently follow your plan, practice it and most importantly, involve your family in the equation- happy wife is equal to happy tri-life! And lots of foam rolling – it helps in muscle recovery.

What has been your best record ever?
In the 70.3 challenge in Bahrain I finished in 5 hours 3 minutes, while it took me 41 minutes to do 10km in Abu Dhabi. I did my half marathon in Abu Dhabi in 1hour and 36 minutes and Dubai Marathon in 3hours and 45minutes. 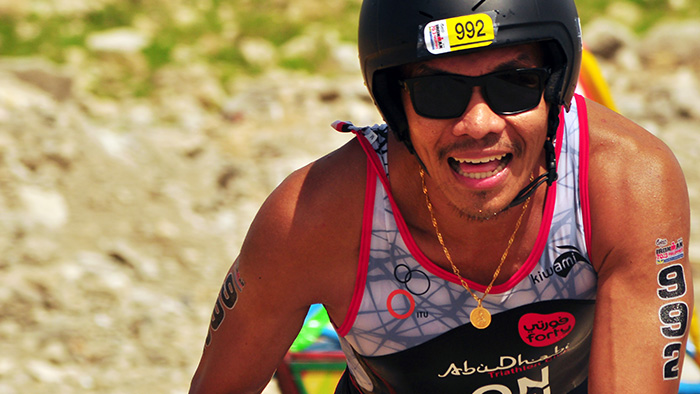