Not So Fun Times in Azerbaijan

The quest to discover unclimbed boulders has led me to zigzag through the minefields of Iraqi Kurdistan, endure political turbulence in Lesotho, and negotiate my way out of jail time in Sikkim. Despite these normal or perhaps abnormal burdens accompanying my climbing expeditions, I’ve always managed to return home with a lengthy list of first ascents. 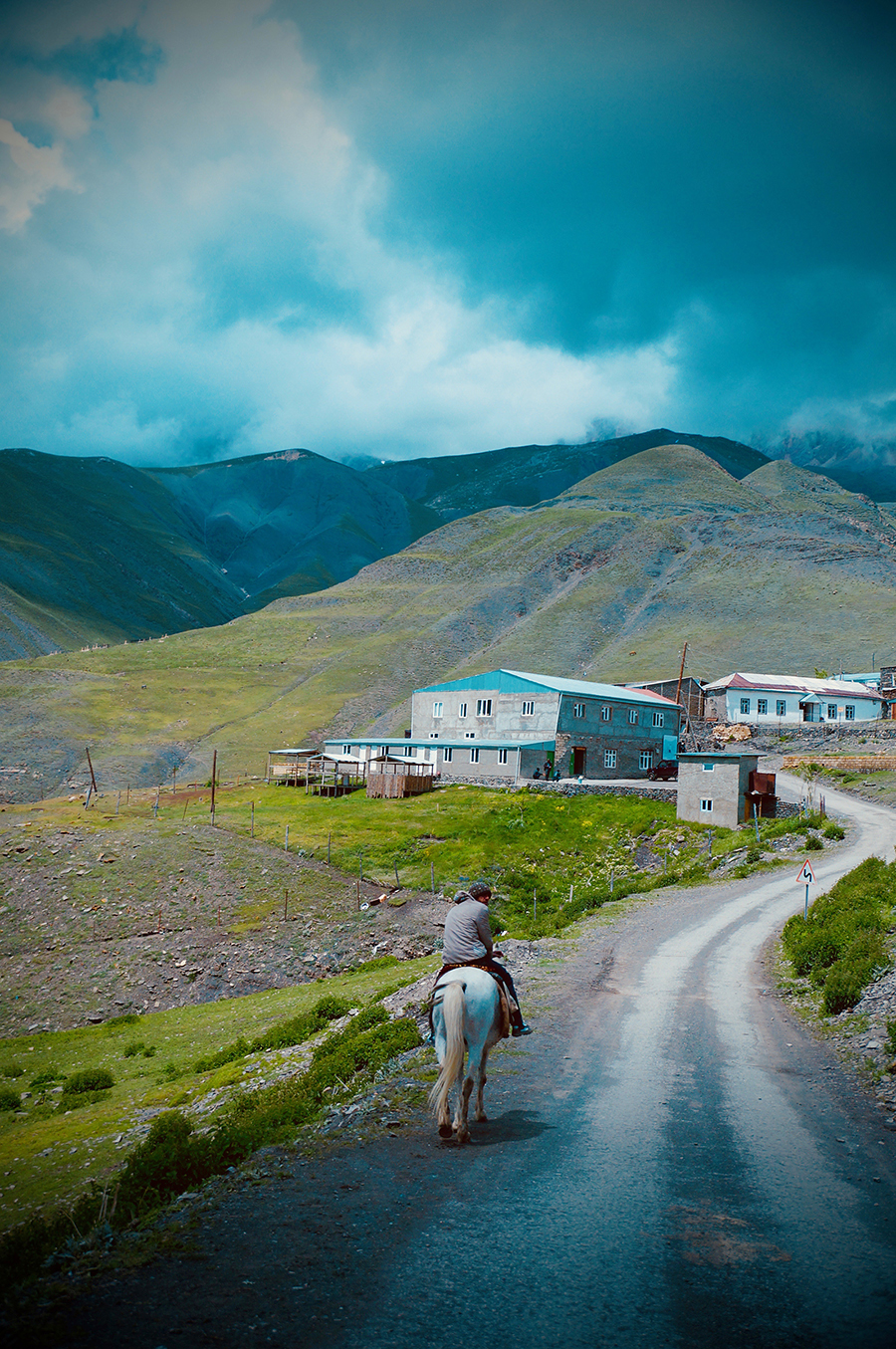 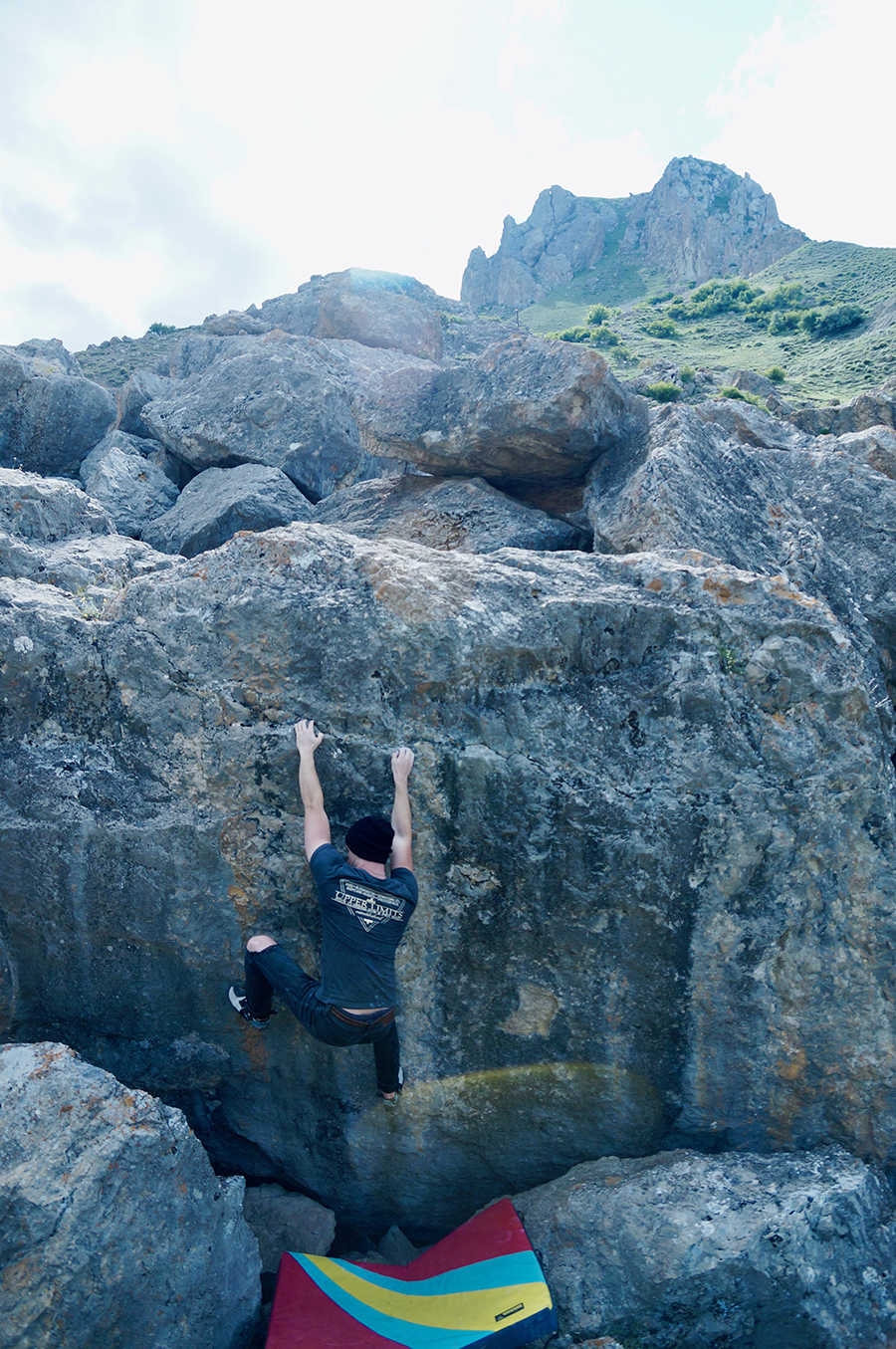 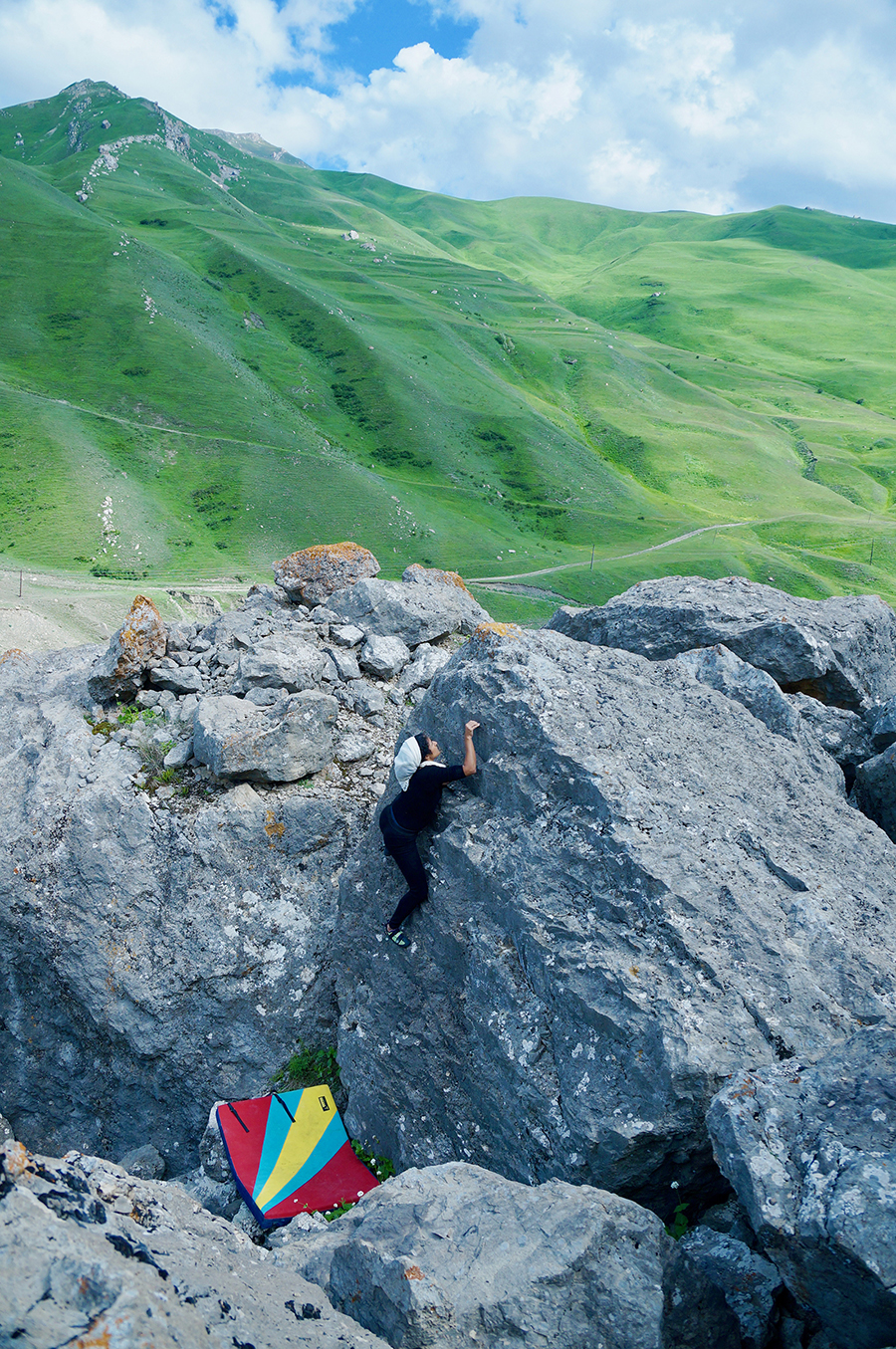 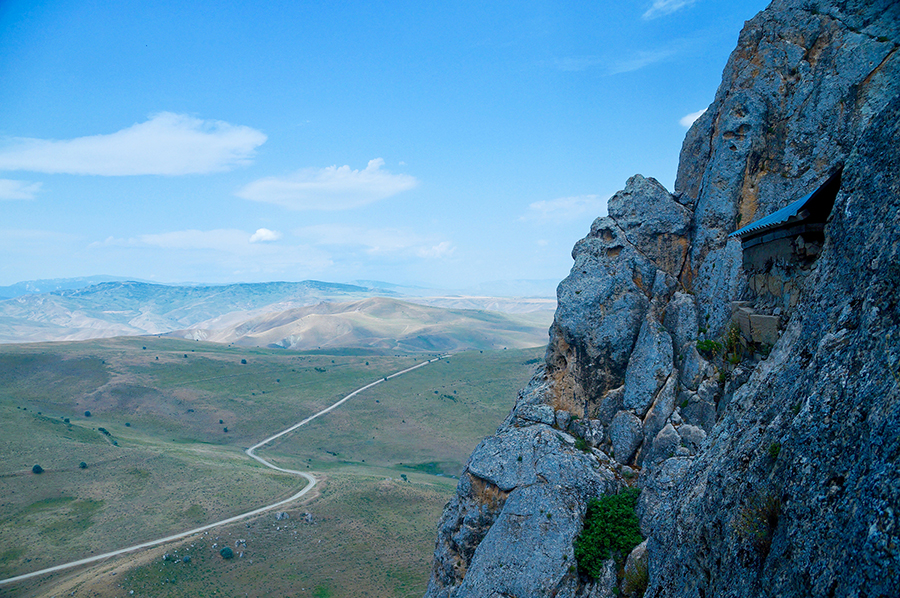 But sometimes, you learn this isn’t always the case…

A couple of months back, a friend showed me photos of some boulders they had seen in the countryside of Azerbaijan while there with an NGO and said, despite the country’s history of alpinism, bouldering was relatively undeveloped. Soon after, I packed my bags and purchased two plane tickets for my wife and I to Baku.

Azerbaijan is a relatively young country having only achieved independence after the fall of the Soviet Union and, similar to its neighbours, its history (and perhaps its future) is one of conflict. Conquered by almost all the empires of old, traces of Turkish, Persian, Russian, Mongolian, and Zoroastrian rule still linger. The country’s newfound oil and gas reserves in the Caspian Sea have brought riches and stability to the country’s capital, Baku, but in the peripheries, you find a country tearing at its seams, only worsened by Azerbaijan’s ongoing border skirmishes with Armenia.

After landing in Baku, we drove north to the remote mountain village of Laza, nestled among the Eastern ridges of the Caucasus Mountains traversing the Russian border. This is when the first wave of frustrations came crashing down. We found ourselves bedridden due to unexpected rains and food poisoning. Not wanting to throw in the towel, we spent our time navigating the narrow, muddy mountain roads pinpointing boulders to try later. Unfortunately, we couldn’t shake our colds and the boulders weren’t drying fast enough.

We packed our gear and drove west toward the Zaqatala region, which resides in a corridor of Azerbaijan encircled by Georgia and Russia. Our colds lingered and further troubles followed with my wife and I both sustaining injuries, rendering us pretty much out of peak climbing performance. After a week of thunderstorms, colds, injuries, and camera malfunctions in the country’s north, we tried our luck driving south in hopes of better weather, energy, and boulders. I had heard from a climber in Azerbaijan that one of the best boulder fields they had ever seen was located near the town of Gobustan. With our shattered spirits, we drove south.

The skies cleared, the warm sea air depleted our congestions, and our motivation replenished. We rolled up to the boulders and started investigating. Undoubtedly, my hands felt some of the best rock I have ever touched.

Just as we unclipped our crash pads and chalked up, a park attendant stopped us. The park had recently been designated a UNESCO World Heritage site and while climbing was tolerated in the past, it was no longer permitted. We were told to move along.
And that was that.

Our flight was the next morning. After all of our invested time and money, very little bouldering occurred. Our trip summarized into more road security checks, colds, injuries, and camera problems than first ascents.

As my wife does, she found the positives. We learned about a new culture and country, made some local friends, spent time outside, and made memories. I suppose, the experience represents climbing as a whole—sometimes you try your hardest and still return home empty-handed. What I learned is to not always anticipate the first ascents I’ll claim or the stories I’ll write before they’ve even occurred. Rather, I’ll just go climbing and to let whatever happens, happen. ■