The landscape of fishing in the UAE has been slowly changing over the years. Gone are the days when the majority of people who line the jetties and breakwaters were armed with long telescopic rods with reels spooled with thick monofilament lines casting bing sinkers with multiple hook rigs and bait. 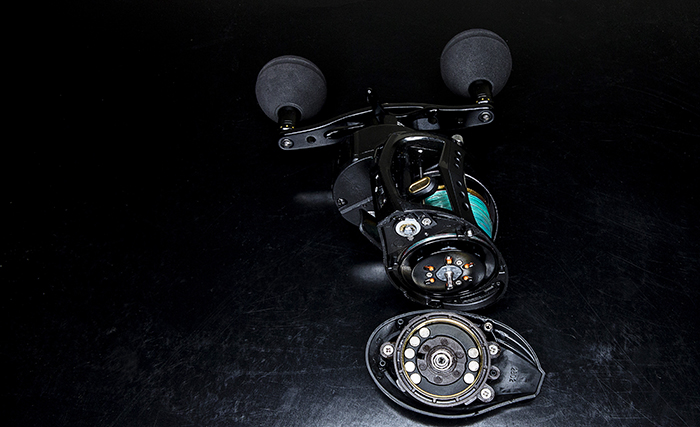 The scene has been replaced by people armed with the latest rods from Japan and reels that have drags strong enough to stop a cow dead in its tracks. The monofilament lines of old have been replaced with high tech fishing lines made with the same fibers as bulletproof vests. Gone as well are the big sinkers, giving way to lures; and people have learned to target bigger fish from the shores, reducing the urge to jump on a boat to chase after the big ones.

However, what I have seen so far has been some growth in the more technical aspects of luring with spinning reels and hardly any movement in the use of baitcasting and conventional reels for fishing.

While the choice to use spinning reels or baitcasters are totally within the personal preference realm, I believe a lot of anglers here are very hesitant to cast a baitcaster because of the fear of getting a backlash.

A backlash happens when the lure slows down on the cast while the spool still turns from the initial momentum –it over runs. To be able to stop this, you need what we call “an educated thumb”. At least in the past, this used to be the case. Modern baitcasting reels as well as smaller conventionals that are meant to be cast out have braking systems in the reel that help you slow the cast down to a manageable level, however, you still need to stop the spool with your thumb as soon as the lure hits the water.

There are two methods in slowing the spool down – Magnetic and Centripetal brakes. A third kind is employed by the tackle manufacturer Shimano, a digital cast control system which works great, although the reels with the DC cast system are very expensive.

These breaking systems are far perfect; but with a bit of practice, they make your life easier and will help you cast further and more accurately than you would ever be with a spinning reel – the biggest drawback may be that you actually need to practice to be able to get to the level that you want to be at…which I believe is one of the things a lot of people here are hesitant to do.

Why the Spinning reel was invented
The Spinning Reel was invented because Mitchell (the brand) wanted to make fishing easy for everyone. Baitcasting reels or multipliers were the standard and although it was a very capable design, it took some skill to cast it and it had a problem casting very light lures. The introduction of the spinning reel paved the way to the boom of fishing in the years after its introduction.

The main advantage of the spinning reel compared to the baitcaster is quite big – buy a spinning rod and reel and it takes about fifteen minutes of instruction for an average person to cast it out a good distance from shore – it is that simple. Baitcasters need at least a month or two to train your thumb – when you get into distance casting with conventional reels (overhead reels without a level wind) it might get a bit complicated. Again, practice would be the main solution, however, with the baitcaster, casting accuracy is almost second nature as soon as you learn how to cast it.

Let me go out on a limb and say this – All the distance casting records are from overhead reels. The following explanation might be too technical for most people: spinning reels and rods create a lot of friction that slow the cast down rapidly – this is because as the line diminishes from the spool, the line needs to climb out of the spool (friction point) and overthe lip (another friction point) before it reaches the guides – The line travels in a spiral off the spool, which means when the line hits the rings, line spirals inside each of the guide rings (more friction points). This is the reason why spinning rods have less guides than baitcasting rods – to avoid more friction points.

In the case of small conventional reels and baitcasting reels, the line feeds directly to the spool and straight out the guides, feeds in a linear fashion and does not spiral, wobbling a bit but not really touching a lot of friction points – less friction = more distance. I’m not saying that you should get yourself one to break distance records; what I’m trying to point out is that in the right hands, it will outcast a spinning combo any day. If there are days when you need to cast further than anyone to get to the fish, you will find a conventional reel will help you catch more than a spinning combo would. 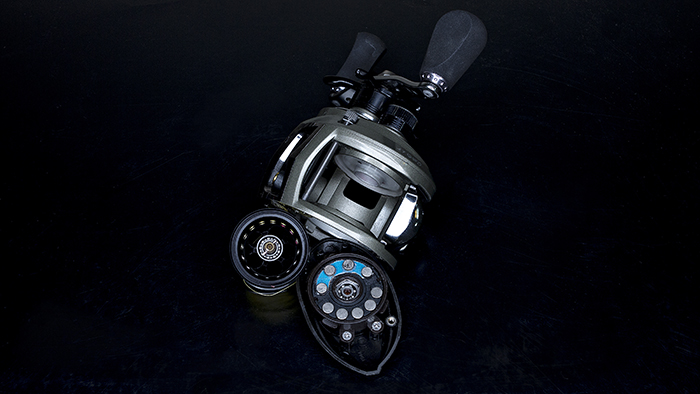 A magnetic cast control system such as this, makes it very easy to cast and help avoid backlash

Goodbye to Backlash…almost
In recent years, baitcasting technology has steadily improved and have become easier to use. Although largely unnoticed here in the UAE and the rest of the region, elsewhere, baitcasters are the norm –for both saltwater and freshwater fishing. In recent years, much of the improvements have been in making the reels easier to use – a large part is the ease of casting – meaning better brakes to avoid backlash.

Smaller, more powerful magnets are now used in place of the thicker, bigger magnets, and several manufacturers are now employing finer adjustment increments – this significantly makes the cast smoother. Improvements in centripetal brake block design have also given rise to better performance and distance. These two technologies combined give you almost infinite adjustment settings to suit the lures you’re casting. The most significant change in recent years is the inclusion of both systems in mid end reels – these were previously only available in their top end models – this means you get reels that are small, strong, light and are able to cast greater distances without having to worry about the dreaded backlash. 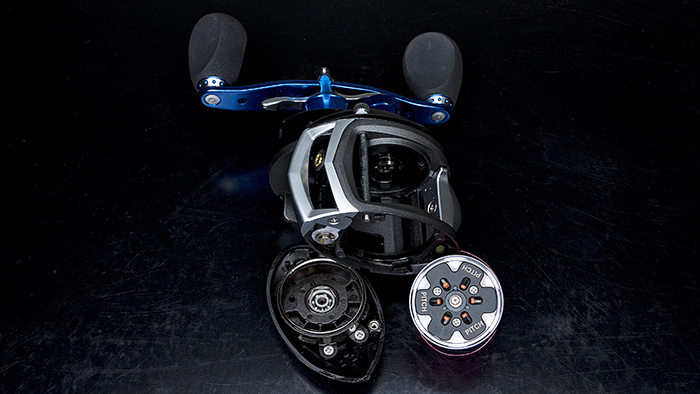 I know there are a handful of anglers out there that are already using them, however, most still prefer spinning tackle because they are just too easy to use – I don’t blame them. However, with the innovation and all the technology available to us today, baitcasters and small conventional reels are quite cost effective and offer quite a lot of features for their price – more than a mid range spinning reel would ever offer. Add to that the almost zero line twist and the fact that a baitcaster or small conventional reel in practiced hands will always out cast a spinning reel, and you’ve got yourself a fishing machine that will give you years of trouble free fishing.