Victor ious at EDC Round 3

Ahmed Al Maqoodi, Mark Powell, Mohammed Al Shamsi and Josh Brodalka all tasted victory in their respective buggy, car, quad and motorcycle events during the third round of the Emirates Desert Championship on January 20. 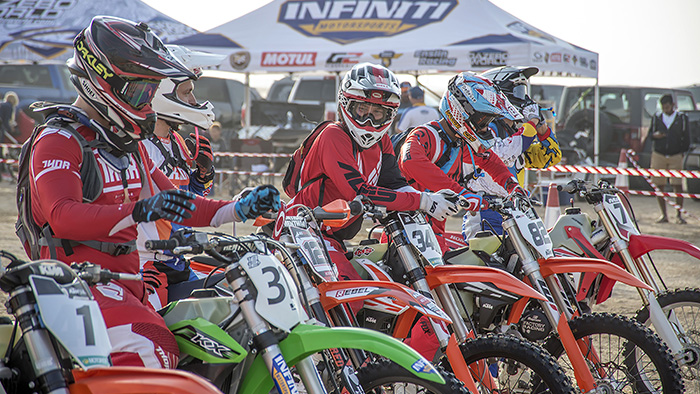 “It was a good day for us, as the team took first, second and fourth position, as well as maximum points in the Team Championship”, said Al Maqoodi, who won the 2016 Dubai International Rally in December. “The season is going well for us so far and we want to continue this momentum through the upcoming international events”. 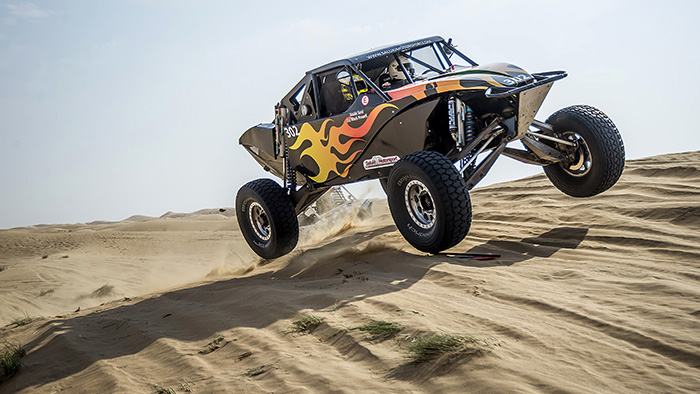 Emirati rider Mohammed Al Shamsi was a dominant winner in the quad class, with the 2013-14 champion taking his first victory in the category since the opening round of last season in October 2015. The runner up was Abdulmajeed Al Khulaifi of Saudi Arabia, with Obaid Al Kitbe in third place and extending his lead in the quad championship. 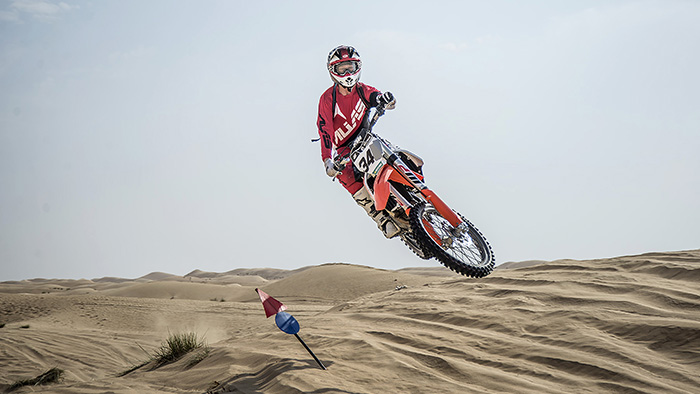 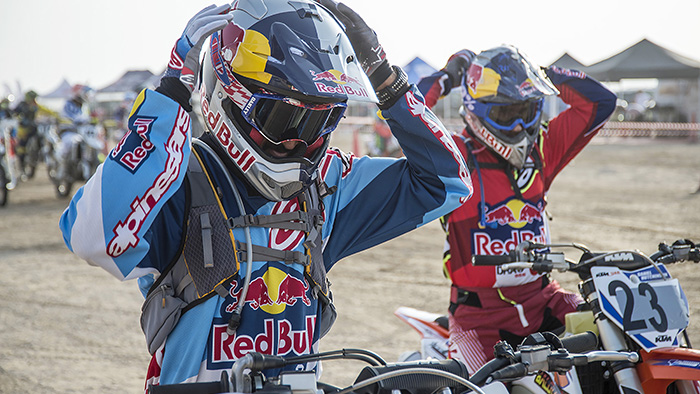 Balooshi finished a further 17 seconds back from Jaffar in third place and still holds top spot in the championship standings, but Brodalka is closing on him as a result of his maximum points in the last two rounds.
The event was staged in the Al Faqa’a region of Dubai with the terrain proving to be a big hit with all competitors. 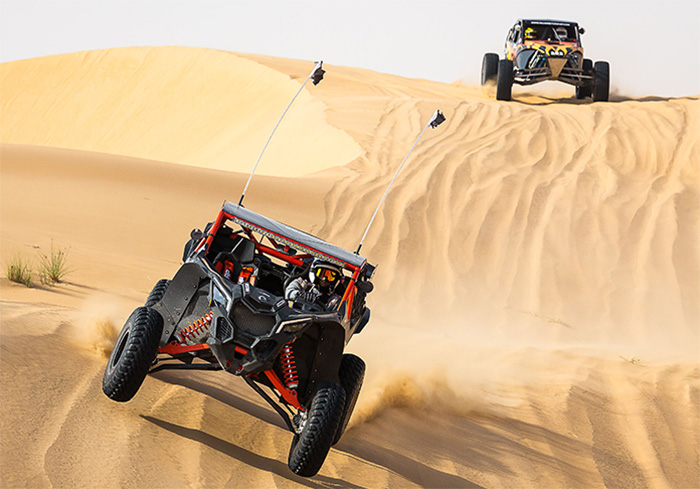 “We have received nothing but positive feedback from our competitors who all enjoyed the fast flowing valleys that make up this part of Dubai. This terrain has been specifically chosen for the car drivers as it allows them to maintain a much higher speed than events held in areas with sorter, choppier dunes”, said Mohammed Ben Sulayem, President of the Automobile & Touring Club of the UAE (ATCUAE) and Chairman of the Emirates Motor Sport federation (EMSF).

“It is also great to see the amount of competitors continuing to come from overseas to take part, and we have successfully positioned the series as one of the premier desert racing championships in the world, a fact proven by series regular Sam Sunderland, who just won the Dakar Rally”, concluded Ben Sulayem. 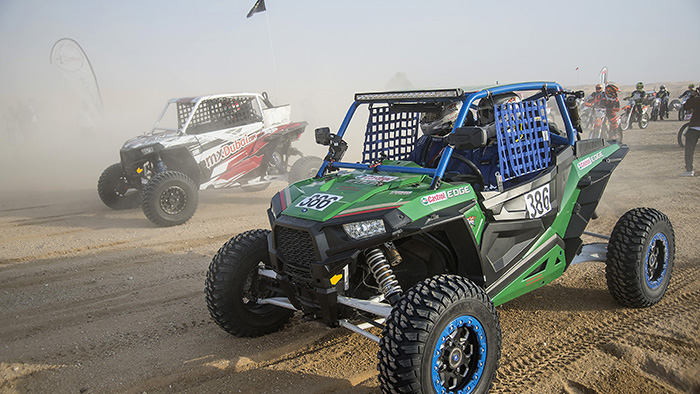 The championship has now entered a busy period, with round three being the first of three events to be scheduled in a period of just five weeks. Round four is scheduled for February 3, with the season concluding at the fifth round two weeks later on February 17.

The Emirates Desert Championship is the UAE’s national baja rally championship for cars, buggies, motorcycles and quads and is organised by the ATCUAE and the EMSF.