With the first ever cliff dives into South America’s second largest freshwater lake in central Patagonia, home to one of the world’s most isolated natural treasures, the Marble Cathedral, the decorated pair Jonathan Paredes from Mexico and Australia’s Rhiannan Iffland returned to Chile, to scout the region where they both wrapped up their 2017 World Series victories.

“Patagonia is such a unique place and there are so many awesome places for us to dive here. The fascination of coming here and mixing my passion for travelling, adventure and cliff diving is the perfect combination,” Iffland enthused over the extraordinary cliff search at General Carrera Lake. 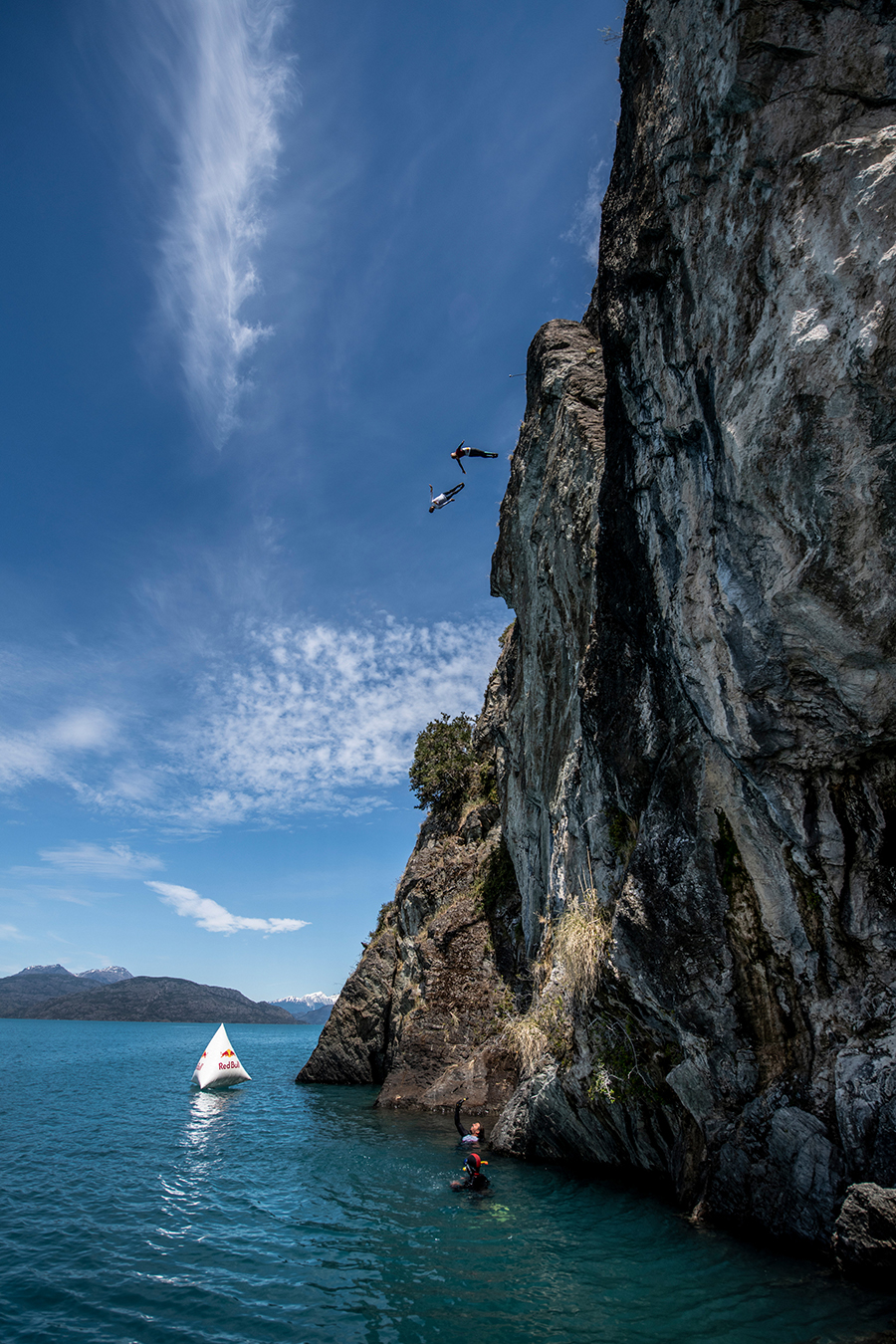 After another highly successful season, in which the 27-year-old Australian cliff diving sensation secured her third overall Red Bull Cliff Diving World Series title in as many seasons to become the most successful female in this sport and Mexico’s cliff diving figurehead Paredes finished third overall in this highly anticipated anniversary season, the setting for the year’s final dives could not have been more spectacular than the unique rock formations surrounded by glacial water in the remote Chilean Aysén region.

“Being here in Patagonia means a lot to me. It’s Chile, it’s very special and I am just fascinated by all the surroundings: big mountains, a beautiful lake, nature all around. I am very curious,” said Paredes, who pipped Gary Hunt to the 2017 title in this region.

“I really like going to these places where you are in the middle of nowhere and then you find something very special and unique. Nature provides us with these kind of places and we can use them respectfully. That’s the beauty of the sport and it’s what I love the most about cliff diving.”

In the Chilean spring and surrounded by snow-capped mountains, the divers launched from the cliffs south of the water-sculpted blue caverns of the Marble Cathedral to land in the 7° Celsius cold glacial turquoise water. Only accessible by boat from the town of Puerto Tranquilo, the athletes were harnessed roping their way up to the 20m-high take-off spot.
“We always have those extra little challenges when it comes to cliff diving. It’s not so easy just to be standing up on the cliff. You have to get there, you have to scout out the location, you have to make sure everything is safe and you have to make sure that it is a beautiful location at the same time,” explained Iffland, “it was cold and the conditions where a bit challenging but a very memorable experience for the both us. When it is quite tricky it makes it all the more rewarding.”

More than 2000 kilometres south of the country’s capital city, Santiago de Chile, this area of large lakes, fjords and glaciers is only accessible via hundreds of kilometres of dirt roads, but never fails to leave those lucky wanderers who stumble upon the azure temple created by nature absolutely speechless.

Following these monumental dives into turquoise waters both athletes will train in the warmer waters of their home countries Mexico and Australia to step up their game once again as two more titles will be up for grabs when the eleventh season of the Red Bull Cliff Diving World Series kicks-off in spring 2019. ■