This year lots of cyclist attended the Abu Dhabi Tour Challenge. The amateur cycling event announced the arrival of the Abu Dhabi Tour, the professional road cycling stage race now at its fourth edition which took place between 21 and 25 February 2018 in Abu Dhabi. It was the third event of the 2018 UCI World Tour. There were 3 cycle races in the month of February: 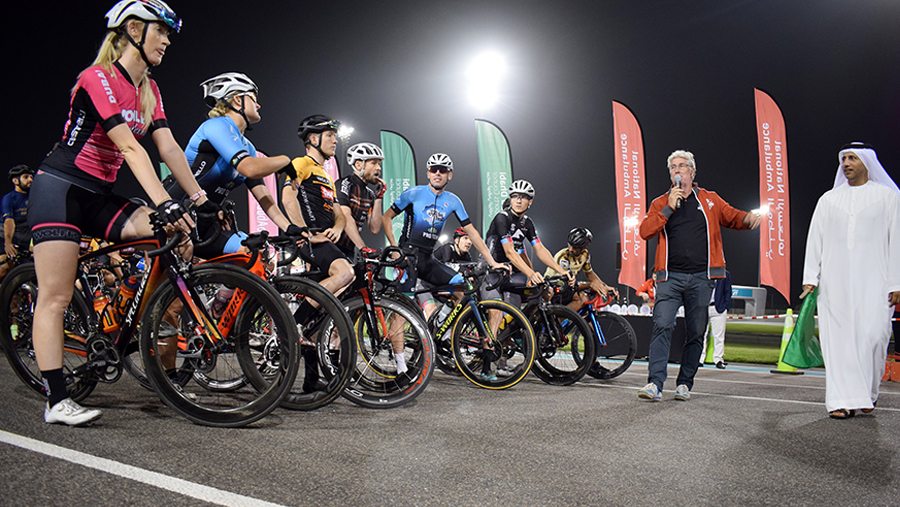 1st challenge – 2nd February 2018 – The Climb stage – Jebel Hafeet
The Abu Dhabi Tour Challenge 1, offered 2 race distances with the race starting at Wadi Adventure and taking riders on a relatively flat looped course before the climb to the top of Jebel Hafeet. This race was valid for the Abu Dhabi Tour Challenge Championship only for the riders that can do the long distance: 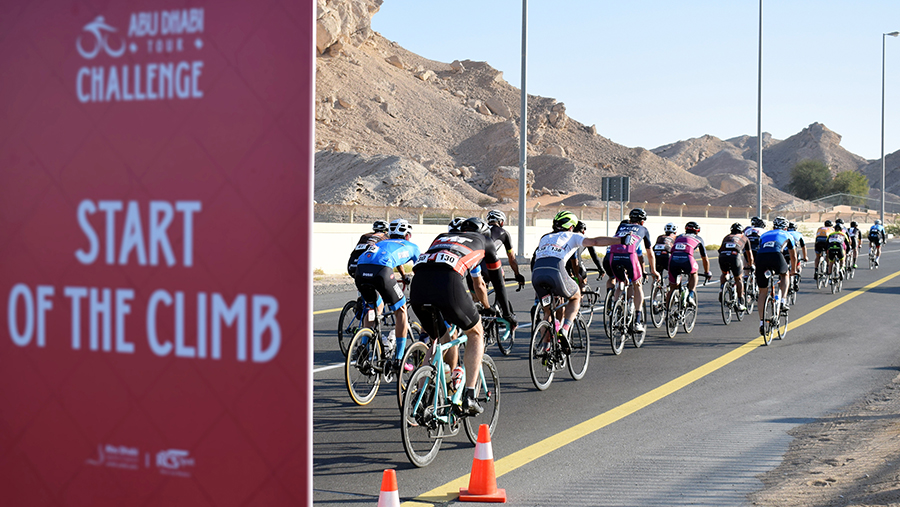 2nd challenge – 11th February 2018 – The Individual Time Trial (ITT) – Yas Marina Circuit
The only official individual time trial (ITT) of the Abu Dhabi Tour Challenge. Ride against the clock with your road bike or a time trial bike for one lap of Yas Marina Circuit. The starting sequence was usually based on the known performance of the competitors and the rider with the fastest time was declared the winner! 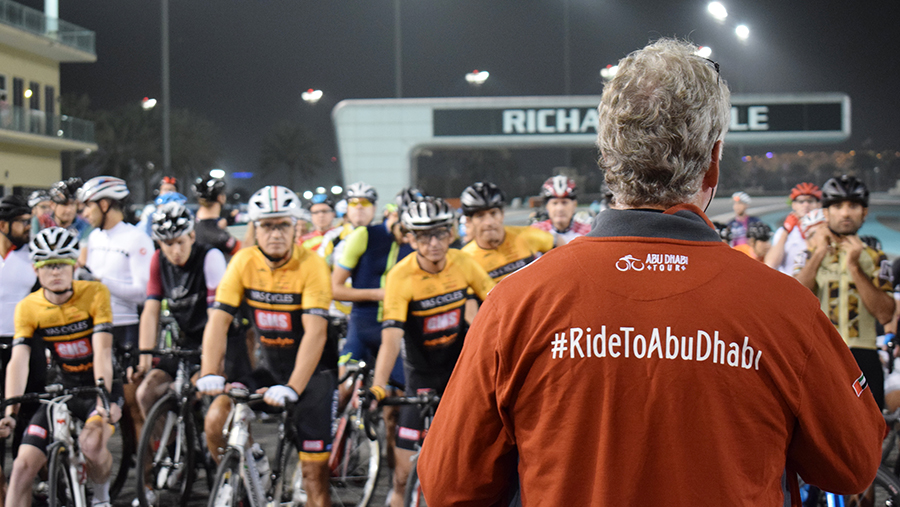 3rd challenge – 20th February 2018 – The Knockout – Yas Marina Circuit
The Elimination stage. Cyclists had a precise time to finish the lap (reduced at each new lap). Riders had to complete the lap inside the fixed time otherwise they were eliminated. Only the last 2 laps were “free”. The winners were the ones crossing the finish line as first, second and third. 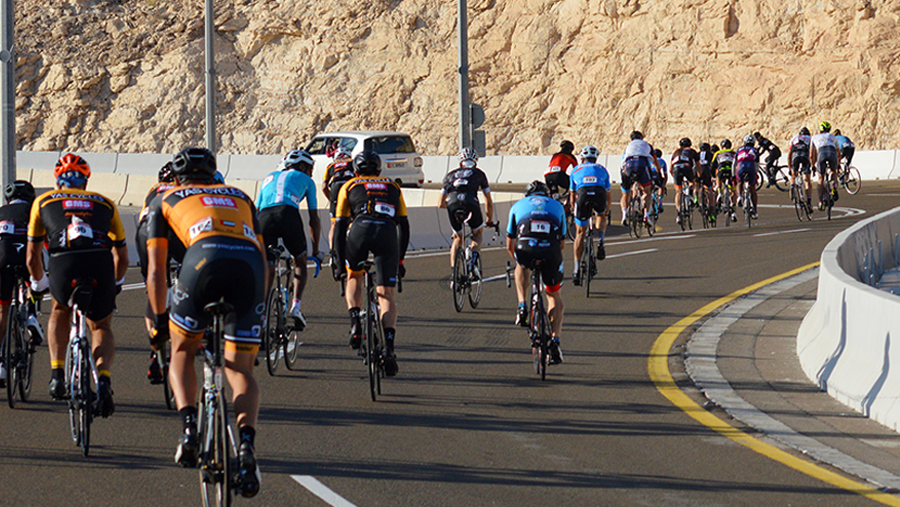 The Intermediate Sprint winner was the cyclist who passed under the finish arch of the second-last lap in the first position. At each Abu Dhabi Tour Challenge, the winners (men + women) were awarded with a Challenge Jersey, so it was a proper championship! Riders could compete in one or all the races of the championship to gain as many points as possible and become the one and only rider to wear the red jersey! 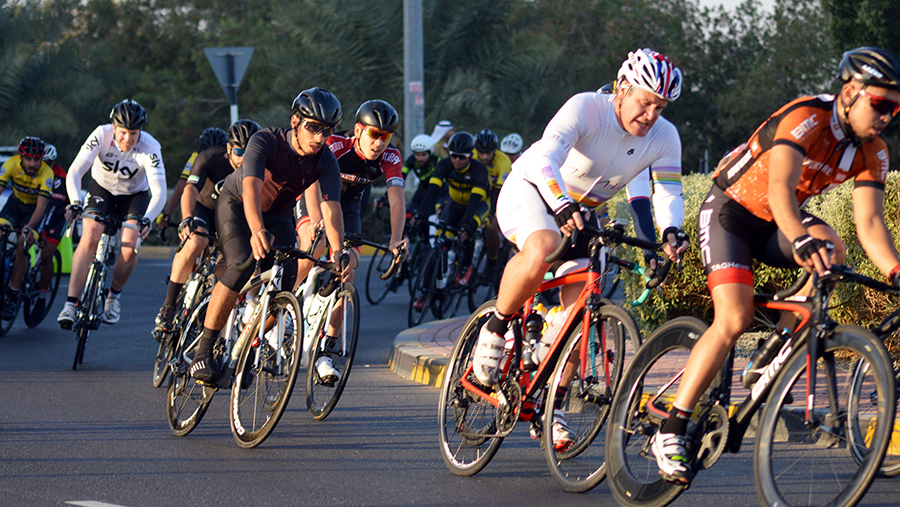 The overall winner of the Abu Dhabi Tour Challenge 2018 was Simon Henley, who was also awarded as “King of the Mountain.” 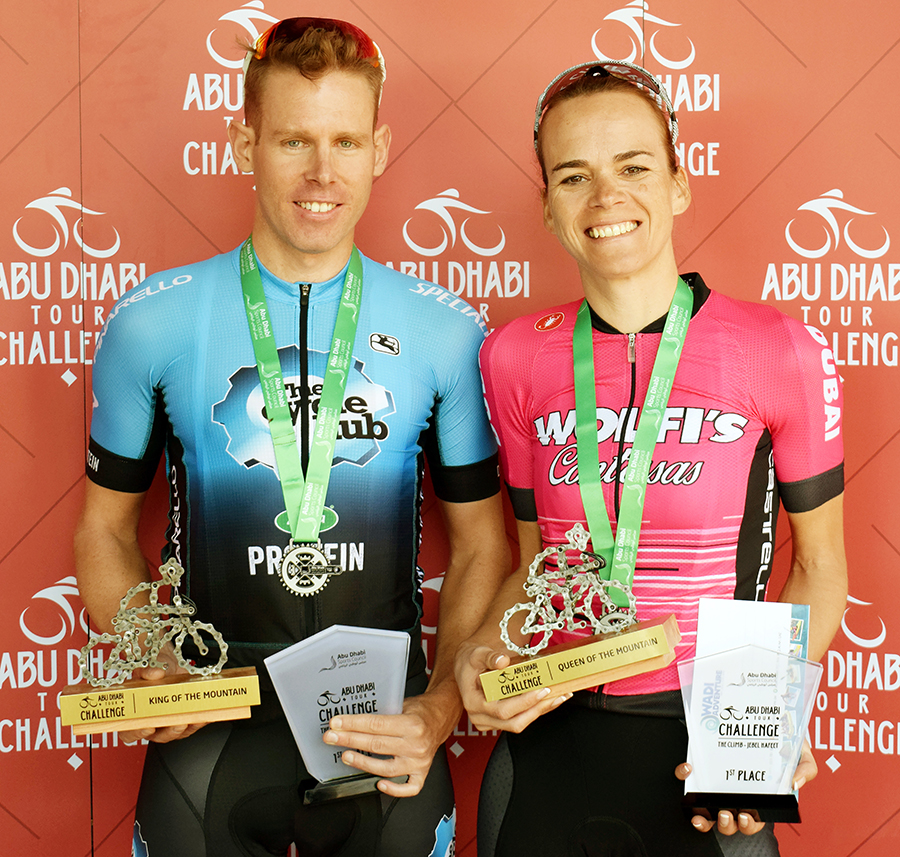 After the challenge was over it was time to assist the pros taking part into the Abu Dhabi Tour and after that, well then we wait for the next year’s edition! ■

The Yas Marina Circuit was designed by Hermann Tilke and is situated on Yas Island, about 30 minutes from the capital of the UAE, Abu Dhabi. Yas Marina is the second Formula One track in the Middle East, with the first being in Bahrain. A two-day GP2 Asia Series test was held to officially open the circuit, which was held a week before the 2009 Abu Dhabi Grand Prix. The circuit has FIA Grade 1 license. Outside motorsport the circuit has been used as a location for the final stage since the inaugural Abu Dhabi Tour cycle race in 2015.