Over 2,000 cyclists from across the world took part in the eighth edition of the Spinneys Dubai 92 Cycle Challenge, 15th December 2017 at the Dubai Autodrome. The event which is split into a number of different categories including the Dubai First UCI Grand Fondo World Series, the Spinneys Dubai 92km Cycle Challenge and the Oakley 53km Challenge saw cyclists of all ages and abilities take part as the cycling culture continues to grow in the UAE. 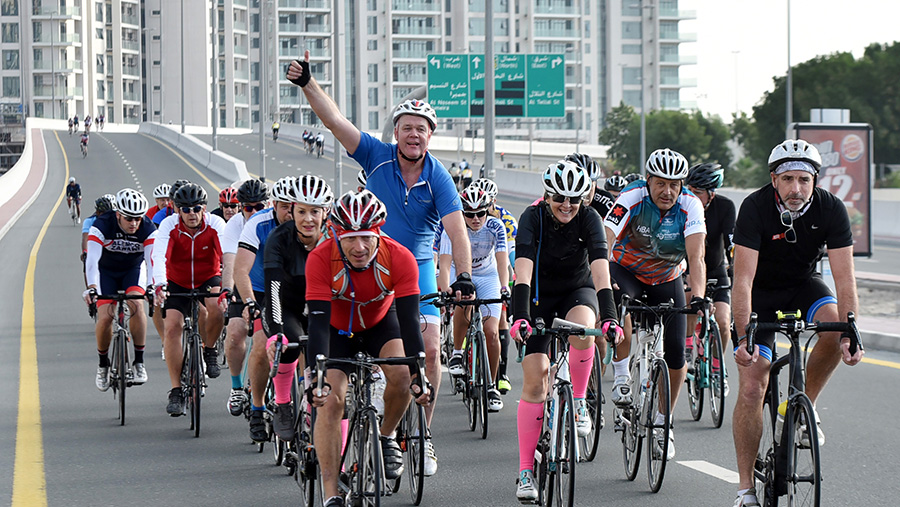 Now in its eighth year, the annual Spinneys Dubai 92 Cycle Challenge has continued to strengthen its offering for all cycling enthusiasts with rolling road closures and full support from the Dubai Police and the RTA, an increased number of sponsors and activities in the Cycle Village and even more for the kids to do and take part it.

A spokesperson for the Spinneys Dubai 92 Cycle Challenge said: “We are delighted with the direction the Spinneys Dubai 92 Cycle Challenge is going in, with over 2,000 cyclists now taking part and an increase of participants in the Junior Rides, we are committed to cementing the cycling culture in the UAE. In addition, the rolling road closure has taken the event to new heights for another year and special thanks must go to the Dubai Police and the RTA for their support.” 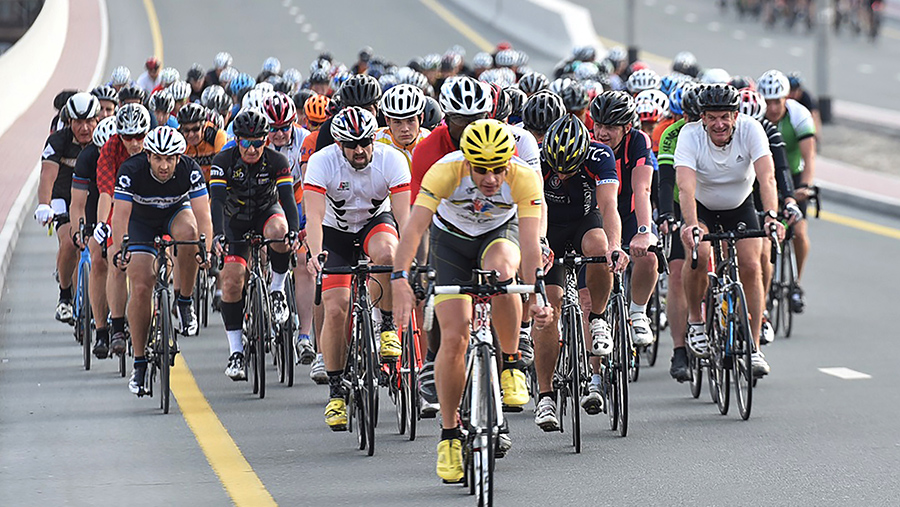 Spinneys, the locally-owned supermarket chain provided all cyclists with a delicious post-event breakfast and festive treats in the busy Cycle Village this morning. Alongside Spinneys, a number of other sponsors will ensure that all cyclists, friends and family have a fantastic morning, including UPANDRUNNING with their much-needed sports massages and Dubai 92 made sure everyone was in the festive mood with their live broadcast from the event. 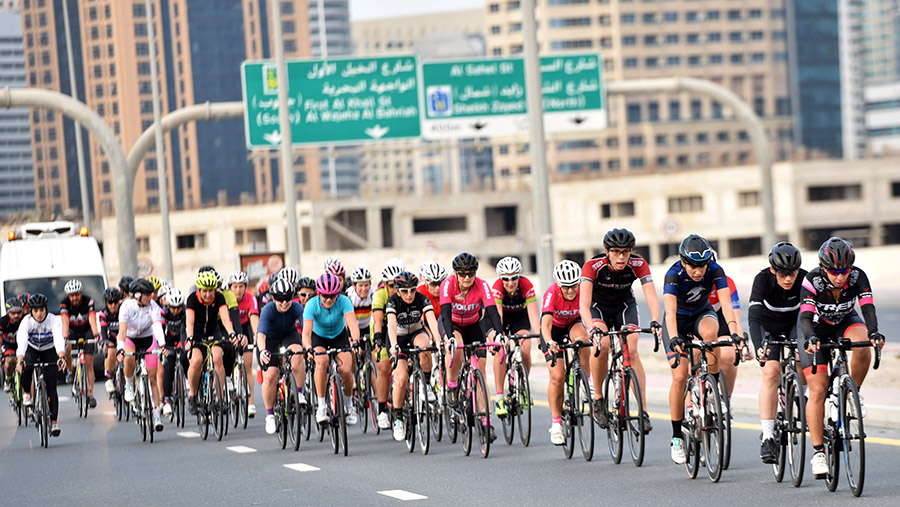 The younger cyclists also had the opportunity to be part of the biggest cycle challenge in the Middle East. The Dr Joy Dental Clinic Junior Rides took place on Thursday, 14 December at the Dubai Autodrome. Over 200 young cyclists took part as organisers continue to provide cycling opportunities for those new to the sport in a sensible and fun way. This year also saw the introduction of The Arbor School Dubai Mini Challenge, the balance bike course was free of charge for children from 2 to 5 and is the innovative way of learning to ride a bike, children focused on balancing rather than pedaling and as a result they are more prepared for an unexpected loss of balance.

Organisers would also like to thank the Dubai Sports Council, the Dubai Police and the Event Security Committee for their support in making the Spinneys Dubai 92 Cycle Challenge another successful event. ■