May 12, 2019 | Activity, Hiking and Climbing, Other Activities, Travel & Adventure

When documentary filmmakers and explorers Fernanda Lupo and Márcio Bortolusso presented their unlikely goal just over a year ago, few believed they would be able to do something so grandiose and risky. 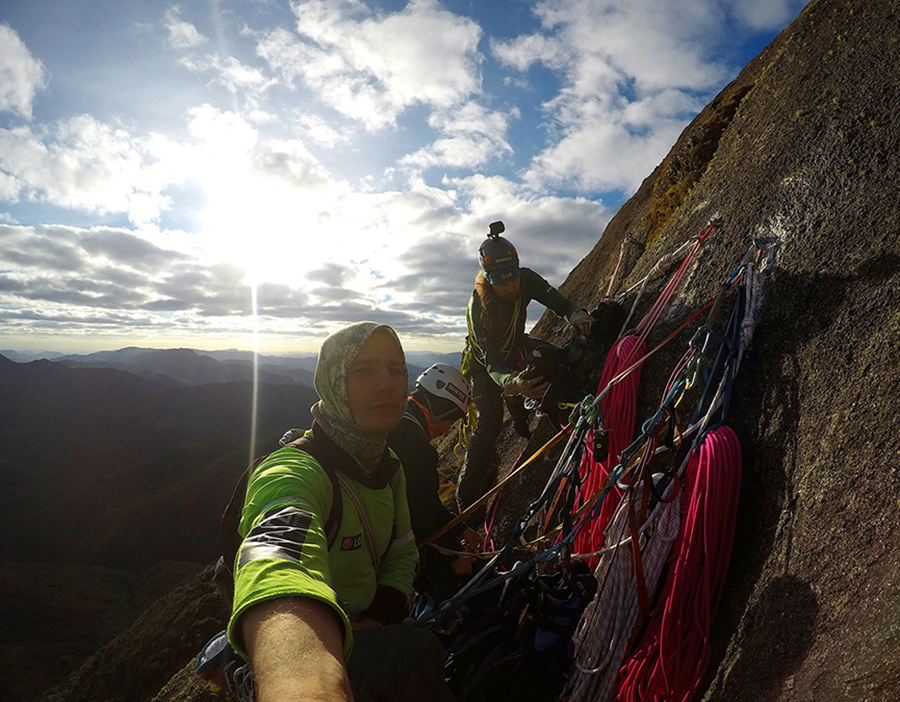 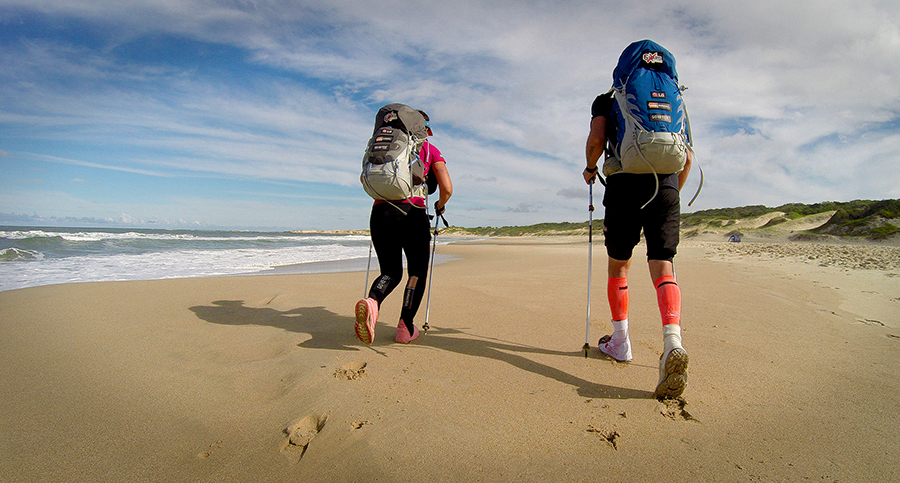 A mega challenge never before attempted by any adventurer, spanning twelve months and more than twenty thousand kilometres, from the Amazon to the south of Brazil, the extraordinary project “6 Hard Xpeditions” was a scientific-exploratory journey with an innovative format on the world stage. It is part of an even greater challenge that will be realized from 2020 to 2021. It will also go against the “outdoor market” by avoiding clichés – such as Everest, Seven Summits, diving with sharks, etc. According to important journalists, advertisers and athletes, this was one of the greatest multi-sport expeditions ever held.

Normally expeditions are not performed in sequence. When they return from a great endeavour, adventurers need months or even years to leave again, due to the numerous logistical procedures (training, research, authorizations, etc.) and the high risk, cost and physical and psychological wear and tear. In addition, each explorer has a unique specialty, such as a climber that concentrates only on mountaineering techniques or a paddler that is limited to some mode in sea or rapids.

In addition to this only a couple have multisports expertise, with extensive knowledge in several activities such as cave diving, kayaking, big wall climbing, ultramarathon, canyoning, stand up paddle, etc.

After six years of meticulous preparation and arduous training, Fernanda and Márcio have done six extreme and pioneering expeditions practically in sequence.

The duo lived countless experiences of suffering and pleasure, confined for weeks in some of the most dangerous terrain of the Brazilian landscape.

They crossed fearsome areas, hung on cliffs for many days in arduous turns of up to 24 hours, hoping not to be hit by huge rocks that fell, dragged up to 170 kilos of cargo, ran hundreds of kilometers carrying 15 kilos while being hurled against sharp walls. They paddled against strong winds and currents, wallowed in muddy waters infested with snakes and alligators and sleeping overnight in areas with the highest concentration of jaguars in Brazil. They were also punished with large bruises and severe injuries, bearing thermal sensations from -10 to +45 ºC, suffering from thirst or sipping water from unhealthy ponds, frightened by buffalo or sneaky alligators and hunters. And what is even more incredible, as is common in their explorations, while fighting against extreme fatigue and to stay alive, they still developed valuable research and environmental actions. They uncovered inventories of species, caves and springs and conducted a chemical analysis of the water quality of streams, rivers and seas of the area.

Know the six extreme challenges
It all began with the demanding climb on the imposing southwest face of the “Pico Sem Nome” (Nameless Peak), one of the most impressive and isolated mountains of the Mantiqueira Range. It is one of the last peaks in Brazil with long rocky slopes and over two thousand metres of altitude that do not have climbing routes. In total, there were 22 days of tension and martyrdom alongside climbers Kelvyn Medeiros and Diego Moreira.

Second, they went into the remote labyrinths of the largest fluvial-maritime archipelago in the planet and carried out one of the hardest kayak expeditions ever undertaken in the Amazon river, the “worst pirate zone in Brazil”. It spanned hundreds of kilometres connecting rivers separated by isolated springs obstructed by dense vegetation, paddling against powerful currents, and even running dozens of miles under the scorching sun.

Without taking a breath, they undertook one of the largest waterfall explorations in the world, which resulted in the largest mountain descent in Brazil (~ 1,900 metres of unevenness), exploring the Neblina Waterfall for the first time. It is one of the highest and most beautiful waterfalls in Latin America and is also “the highest Brazilian waterfall” (almost 450 metres).

After identifying the highest springs of one of the most important river basins in south-eastern Brazil, with the reinforcement of the canyoners Anor Sassaron and Juliano Hojah they fought a struggle for survival. They trekked seven kilometres, and even rappelled while carrying 120 kilos of cargo. With with the support of diver João Andreoli, they began the first inventory of underwater caves of a Brazilian archipelago. In difficult parts of the Ilhabela Archipelago, they explored, recorded and mapped cavities for cataloguing in the National Caves Registry.

Sometimes they were under conducting them in narrow passages, working with their cameras, measuring tapes, clipboards and reels with a few metres of visibility (even with lanterns). It sometimes resulted in broken equipment, bruises or hedgehog spines through the body.
From Ilhabela the couple set off for an exhaustive 240-kilometers ultramarathon – 90% on soft sand – traveling all along the Uruguayan coast, from Brazil to the border with Argentina – running with 15 kilos in the back, from endless dunes and without the usual aid in competitions – route signalling, water and food stands, doctors, accommodation with bathrooms, awards or other runners to motivate them.

They had agreed that “even in the face of the worst-case scenario one of the two would have to complete this expedition.” Therefore, after a severe injury knocked out Fernanda, Márcio bravely completed the rest of this pioneering feat. Preview >>> https://bit.ly/2FQYKLK.
Without losing their motivation they performed one of the most insane SUP crossings ever made, treading for 16 days across hundreds of kilometres in one of the most beautiful, isolated and biodiversity rich regions of Brazil, crossing unexplored labyrinths formed by thousands of islands and canals. Through the night, they dragged heavy cargo through treacherous and almost impenetrable forests and mangroves. They were bitten by thousands of mosquitoes in long sleepless nights over an unstable tent. Armed with their SUP boards, they woke up every half hour for fear of being swept away by the high tide.

Do not miss the documentary and other actions of the couple
With complex and costly logistics, the 6 Hard Xpeditions project became a reality thanks to the trust of its sponsors Duracell, LG, Gore-tex and Brazil Kirin and dozens of supporters who collaborated with their equipment and services. The unprecedented journey of this unusual couple has yielded countless stories filled with strong emotions, experienced by the richest cultures and in some of the wildest regions of Brazil – they spotted whales and isolated flocks of primates, paddled among otters and dozens of dolphins, swam in rivers filled with alligators and piranhas, they crossed colonies of sea lions and even a small shark, they were impressed with footprints of jaguars and rare birds like a beautiful specimen of toucan not catalouged by science.

Fernanda and Márcio have finally returned to their safe harbor in the Ilhabela archipelago and soon promise to present their joys and misadventures in a web series, in lectures, on their social networks and in a documentary. To know more about this magical and unforgettable adventure, just go to www.6HardXpeditions.com and register. PHOTOVERDE Team – imprensa@photoverde.com.br 00 +55 (11) 99569-7887 or 00 +55 (12) 98137-6375 ■