Alanna smiles to herself every time she begins her ride. Initially cycling to accompany her partner into triathlons, little did she know that this sport would become an integral part of her fitness routine. Almost a kind of ‘mind reprogrammer’, cycling not only feeds her soul but also gives her the sense of freedom – to be out in the desert away from the concrete towers with the wind running past her face! 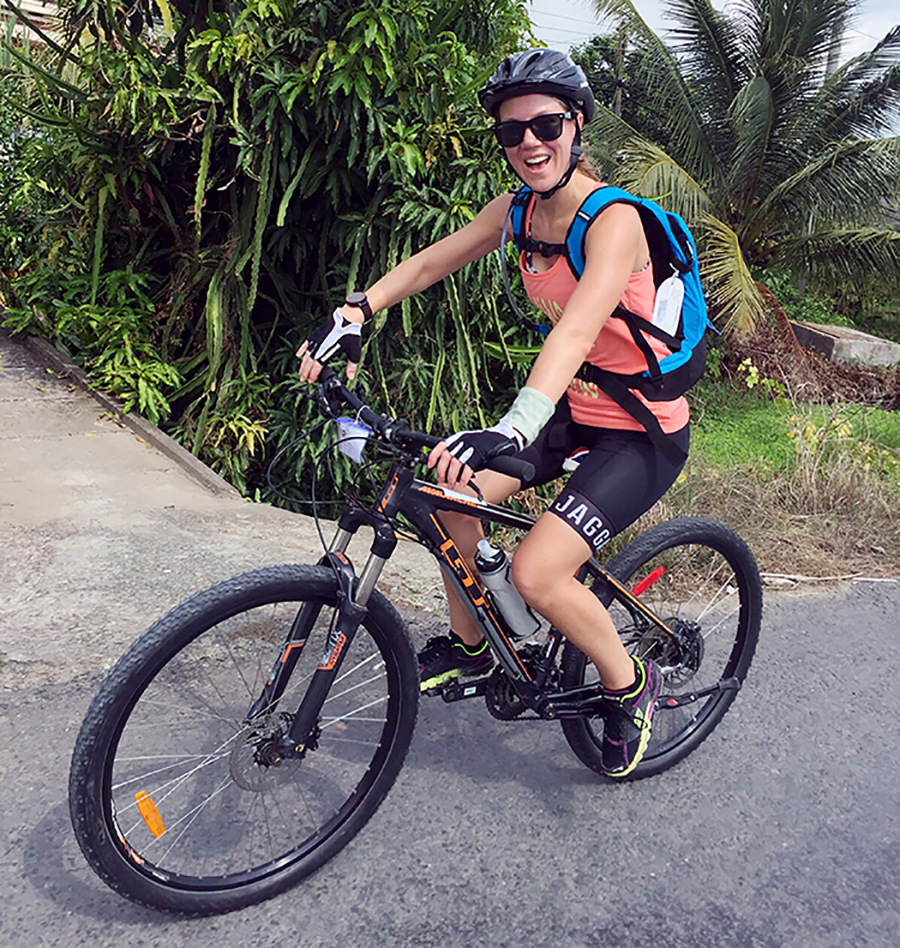 What inspired you to start cycling? When and how did you get into it?
I started to get into cycling when my partner decided to progress from mountain bike riding to road bike riding to enter into triathlons, so I used to go out with him. Simultaneously in 2015, my company had partnered with Gulf for Good for the challenge to cycle 450km from Vietnam to Siem Reap in Cambodia. We had to get used to biking for 7-10 hours per day and my colleagues and I would be up at Al Qudra bike track most weekends from five o’clock in the morning. From here, I just continued and learnt to love it. When I came back from the challenge, I bought myself a road bike and would go out regularly. 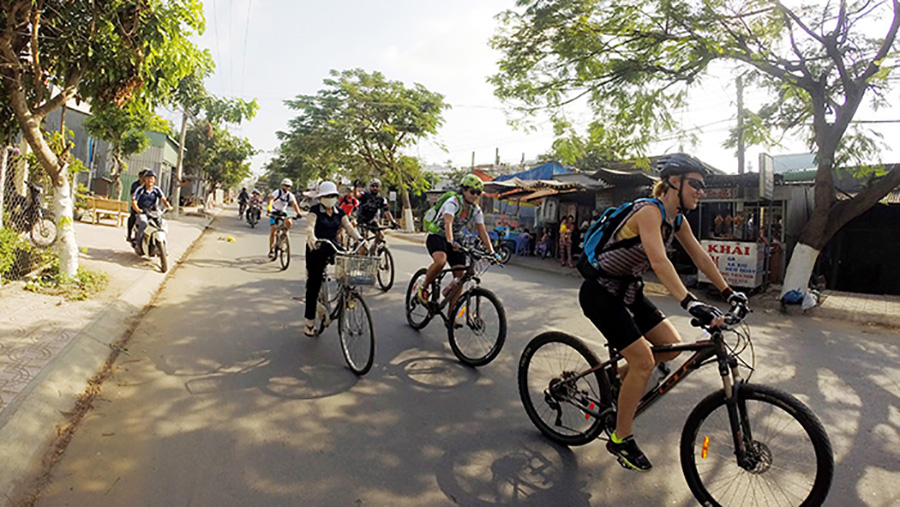 How often do you cycle and where?
I try to cycle at least once a week, although if I’m training for an event I’ll increase it to twice or thrice. Usually, I’ll cycle in Al Qudra or Nad al Sheba cycling track and occasionally indoor cycling like Flywheel or BR by Fast.

In which countries have you done cycling? What would you say about cycling in UAE and Oman?
UAE, Vietnam, Cambodia. The facilities in UAE are fantastic. I’m not sure if there are many countries in the world that offer bespoke cycling tracks away from cars and traffic that can go up to 150km. 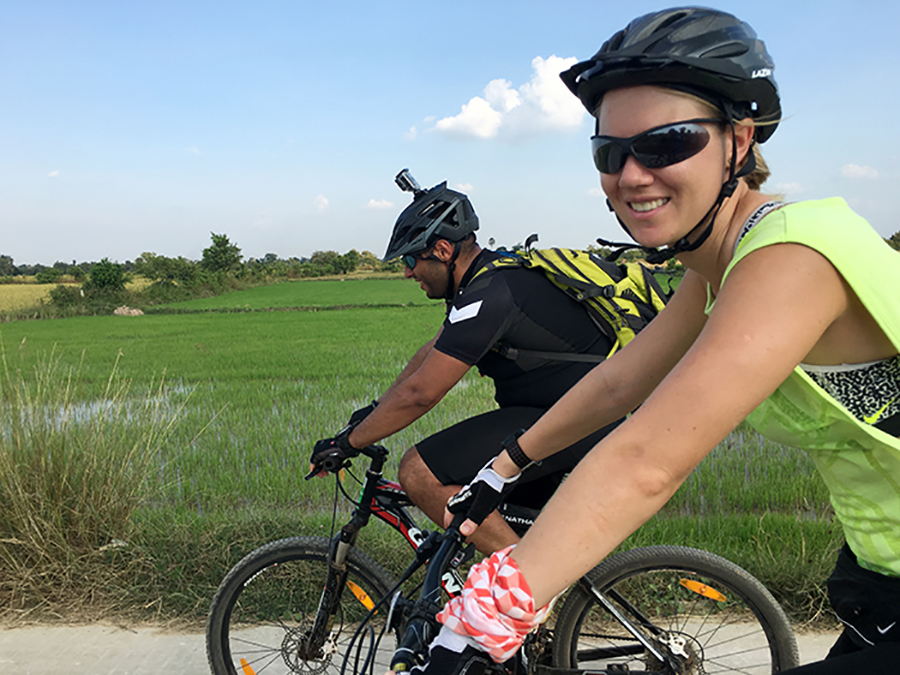 Have you participated in any special events or races related to cycling?
Apart from the Gulf for Good challenge in Vietnam and Cambodia, I did my first Sprint distance triathlon (750swim, 20km cycle and 5k run) in October 2016. Ever since I have competed in a few sprint triathlons, but my biggest one was taking part in the Iron Man Dubai in January this year. It was a half Iron Man distance at 90km and we went from Umm Sequim beach all the way up to Al Qudra, almost to Bab al Shams and back. It was the first time I ever did this distance at once and that too in a race, so I was very nervous, yet I enjoyed every single minute of it! It was a great experience to ride on the roads (that were closed at the time) through Dubai and into the desert and back. It was such a great sense of achievement.
In 2016 itself, my company partnered with Team Angel Wolf, another local not-for-profit organisation) that aims to raise awareness of children in fitness, as well as children with disabilities in everyday activities. Nick and Rio – who make up the father and son part of Team Angel Wolf, are an inspiring duo that race every single weekend of the racing season to push this message – even though Rio, 13, has a rare chromosome disorder that prevents him from doing anything himself. So Nick trained 57 of our employees to take part in their first triathlon in October 2016 and in return, we bought two custom-made running chairs, direct from the supplier in the US to gift to Team Angel Wolf for them to be able to involve more children with disabilities. This is really where I started to push cycling further, to train in more triathlons, which are seriously addictive!

How would you like to inspire people to take up cycling?
I often have friends asking if they could come out cycling with me. Most of those who have joined me end up taking it up on their own. It’s an addictive sport, in fact, it is being said that it has taken over golf for being the most sociable place to network for business. I have organized two company rides in 2016, taking up to 25 colleagues each time around the 50km loop of Al Qudra, many of whom have gone on to buy their own bikes and start their own cycling journey. I will continue to encourage people to find their passion, which makes it so easy to keep to a fitness pattern.