Ras Al Khaimah is anticipating its busiest outdoor activity season to date as the Jebel Jais Via Ferrata (Iron Path) challenge readies for its second year ahead of reopening on 1 November 2017. 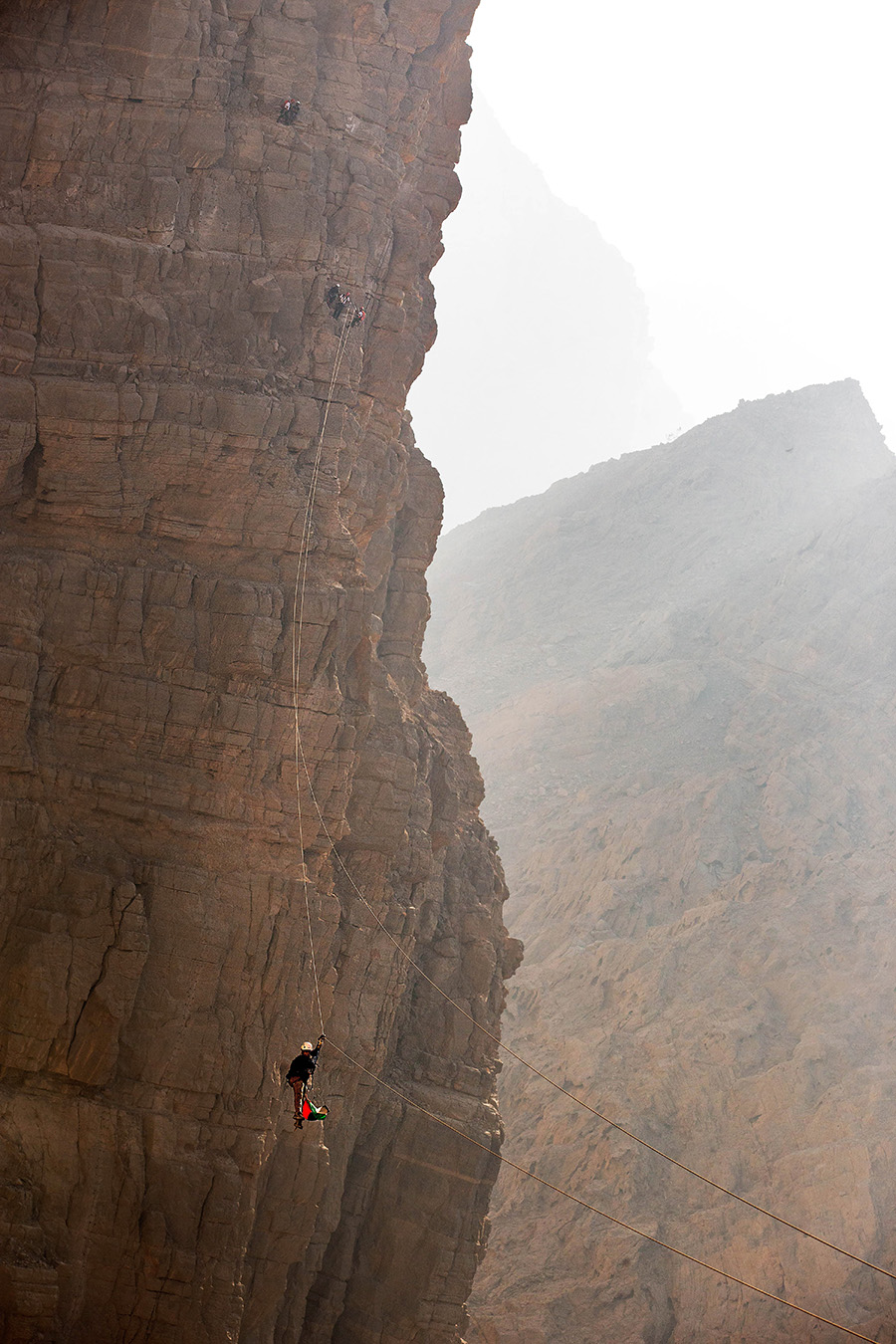 Since launching in November last year, the Jebel Jais Via Ferrata has already gained top Trip Advisor ranking among the emirate’s attractions, welcoming thousands of active adventurers in its first six months of operations. 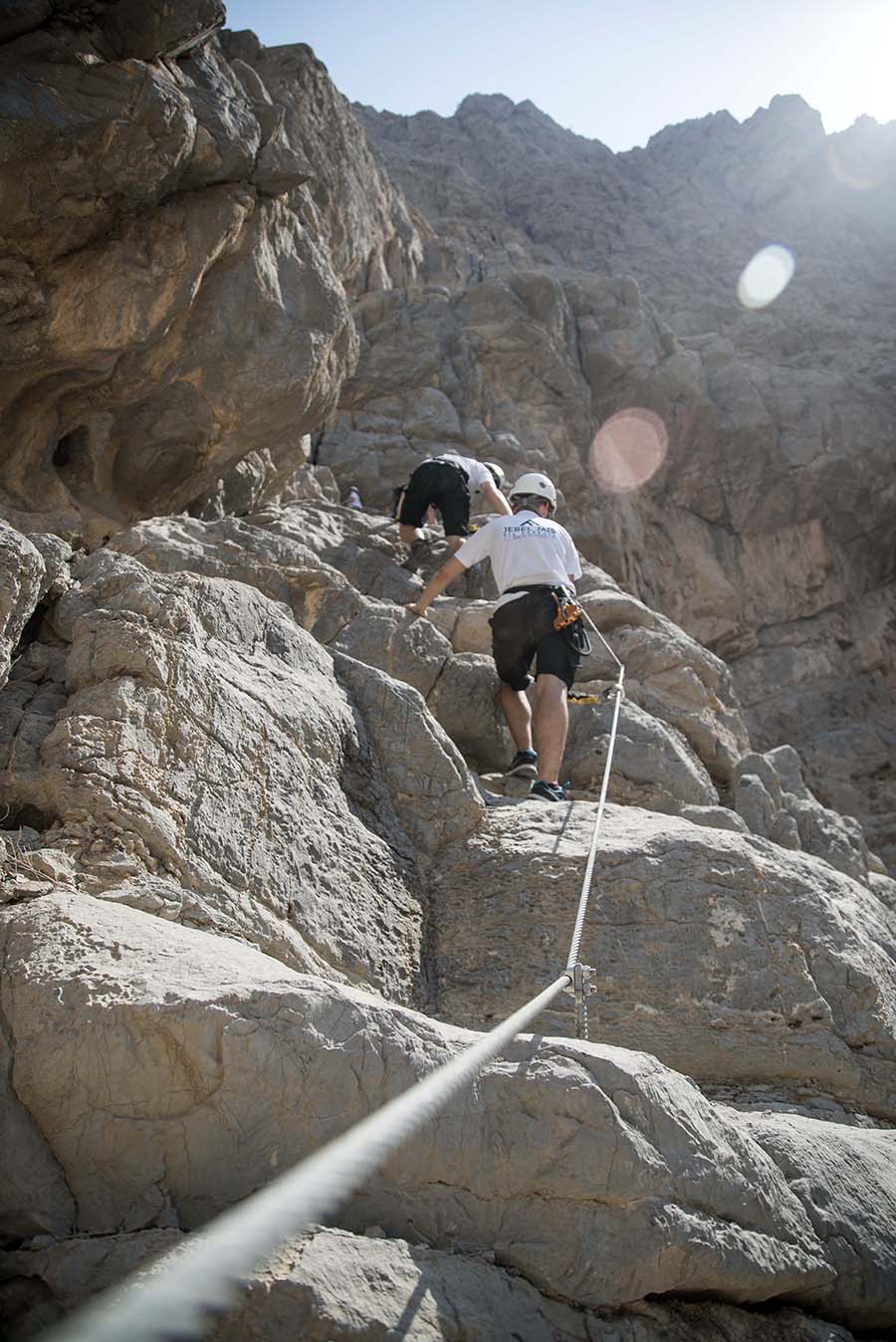 The Jebel Jais Via Ferrata, which sees enthusiasts climb and trek almost 400 feet above sea level on Jebel Jais, the country’s highest peak soaring 1,934 metres, has earned media and fan plaudits for being one of the most thrilling experiences in the UAE. Earlier this year it made it to the shortlist for the much sought-after ‘Innovation of the Year’ award by the highly acclaimed Adventure Travel Awards.

The only commercial product of its kind in the UAE was devised by the Ras Al Khaimah Tourism Development Authority (RAKTDA) as part of its strategy of developing the emirate’s adventure sports offerings and targeting one million visitors by the end of 2018. 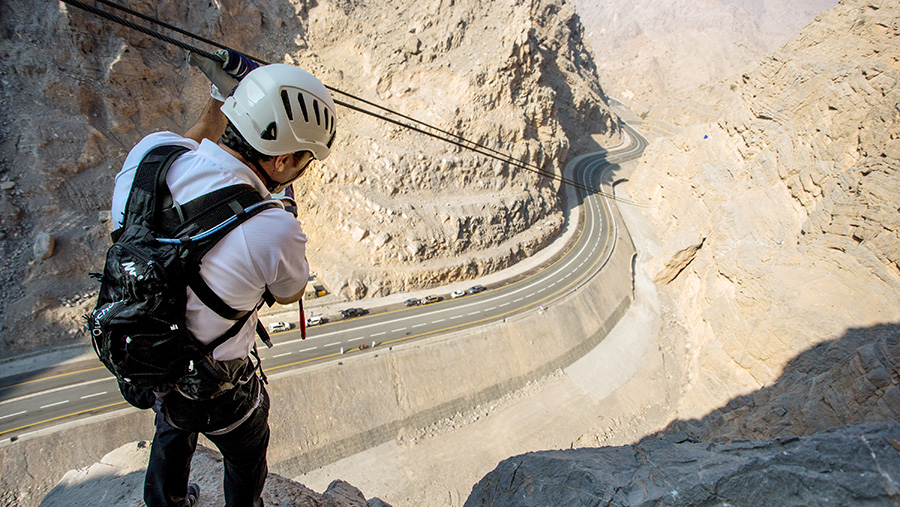 “The speed at which Jebel Jais Via Ferrata has made its mark on top review sites, such as TripAdvisor, is as breath-taking as the mountain views that adventurers get when they take on the challenge,” commented Haitham Mattar, CEO, RAKTDA. “We extended the product’s launch period by a month earlier this year due to heavy demand. With the second season beginning in November, and expected to run through to April next year, we anticipate heavy pick up for the product as word spreads locally, regional and internationally of the quality of the experience.” 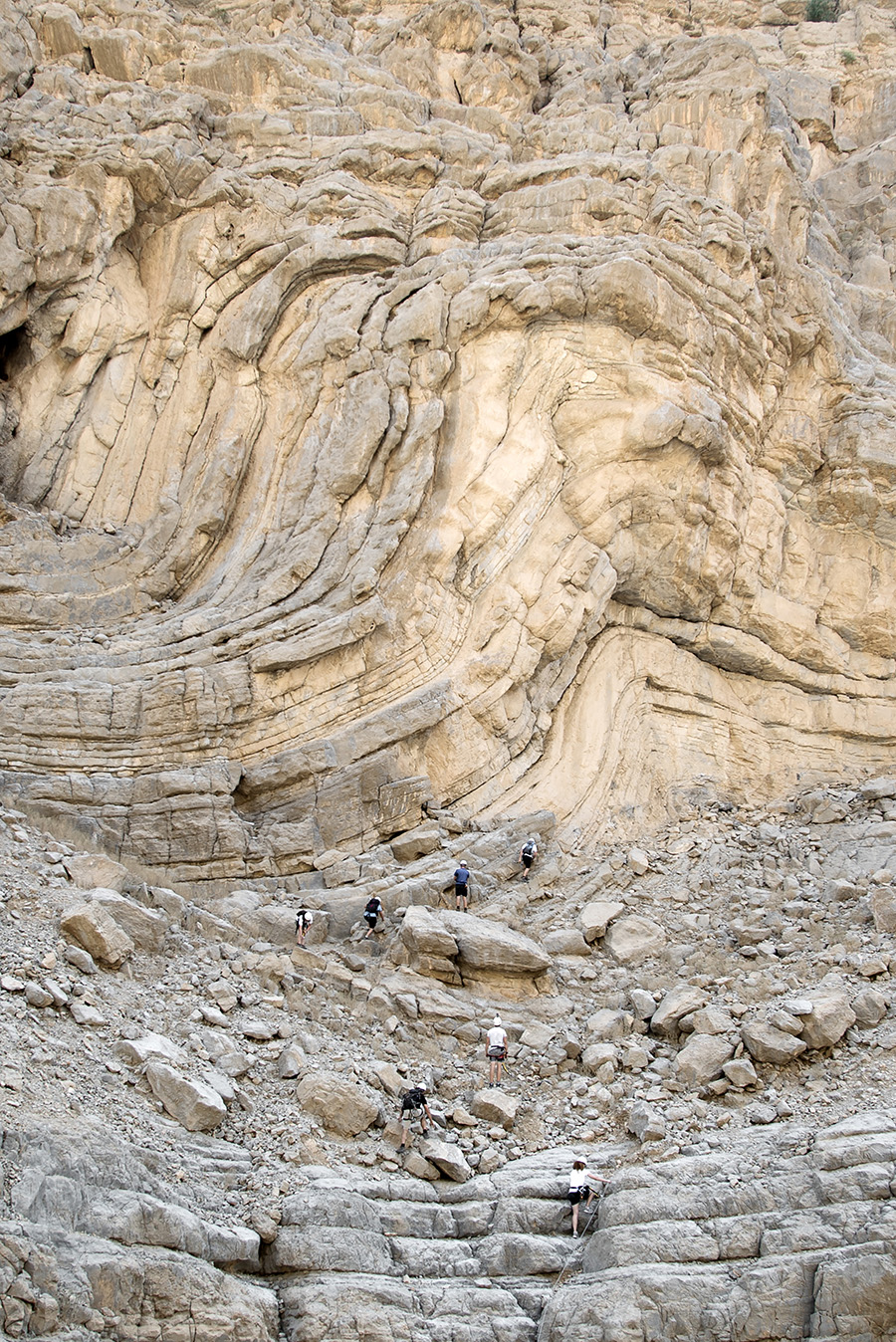 Toro Verde, the world’s leading zip line operator, has been appointed to operate the return of the Jebel Jais Via Ferrata and anticipates additional interest during its second season: “The inaugural year welcomed some 1,500 intrepid adventurers who took up the challenge, with an average of 300 per month,” Jorge Jorge, CEO of Toro Verde Ras Al Khaimah, said. “We have already witnessed significant interest in its return, and with the booking site launching this week, we expect to welcome a greater number of adventure travellers to Jebel Jais through to 2018.” 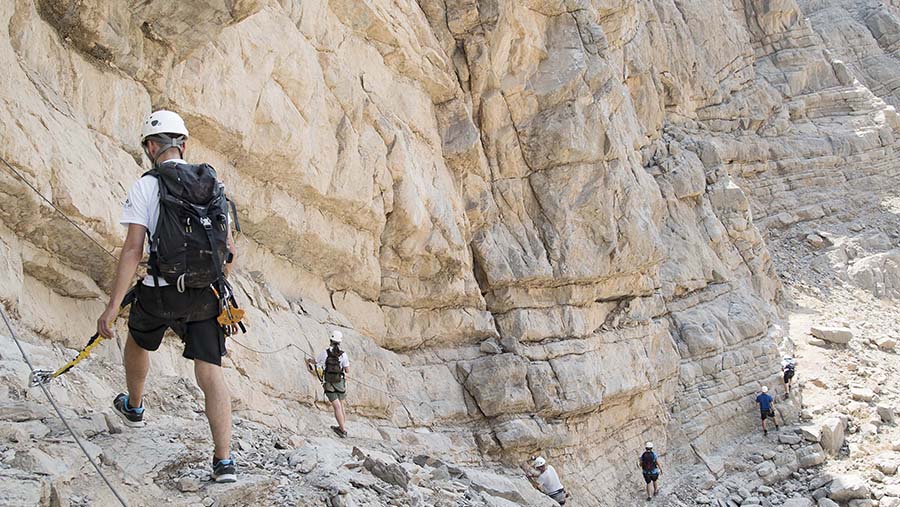 The Jebel Jais Via Ferrata caters to a wide range of ages and fitness levels. Tourist groups are able to choose from the three routes in twice-daily supervised tours starting at 9:00am and 1:00pm.
The Jebel Jais Via Ferrata is the first in a series of mountain, activity and adventure products RAKTDA is developing specifically for nature and adventure seekers. “We are nearing the launch of the world’s longest zip line, which will be another showpiece product to leverage Ras Al Khaimah’s spectacular mountain terrain and attract thrill seekers from around the world,” added Mattar.

Just 45 minutes from Ras Al Khaimah’s growing stock of beachfront resorts, the Jebel Jais Via Ferrata is part of Ras Al Khaimah’s Vision 2019 Destination Tourism strategy, which includes innovative hospitality concepts that take advantage of the destination’s diverse natural assets, including golden sand coastline, stunning mountain ranges, hot springs and an expansive, terracotta desert. All are aimed at attracting one million visitors to the emirate by 2018. 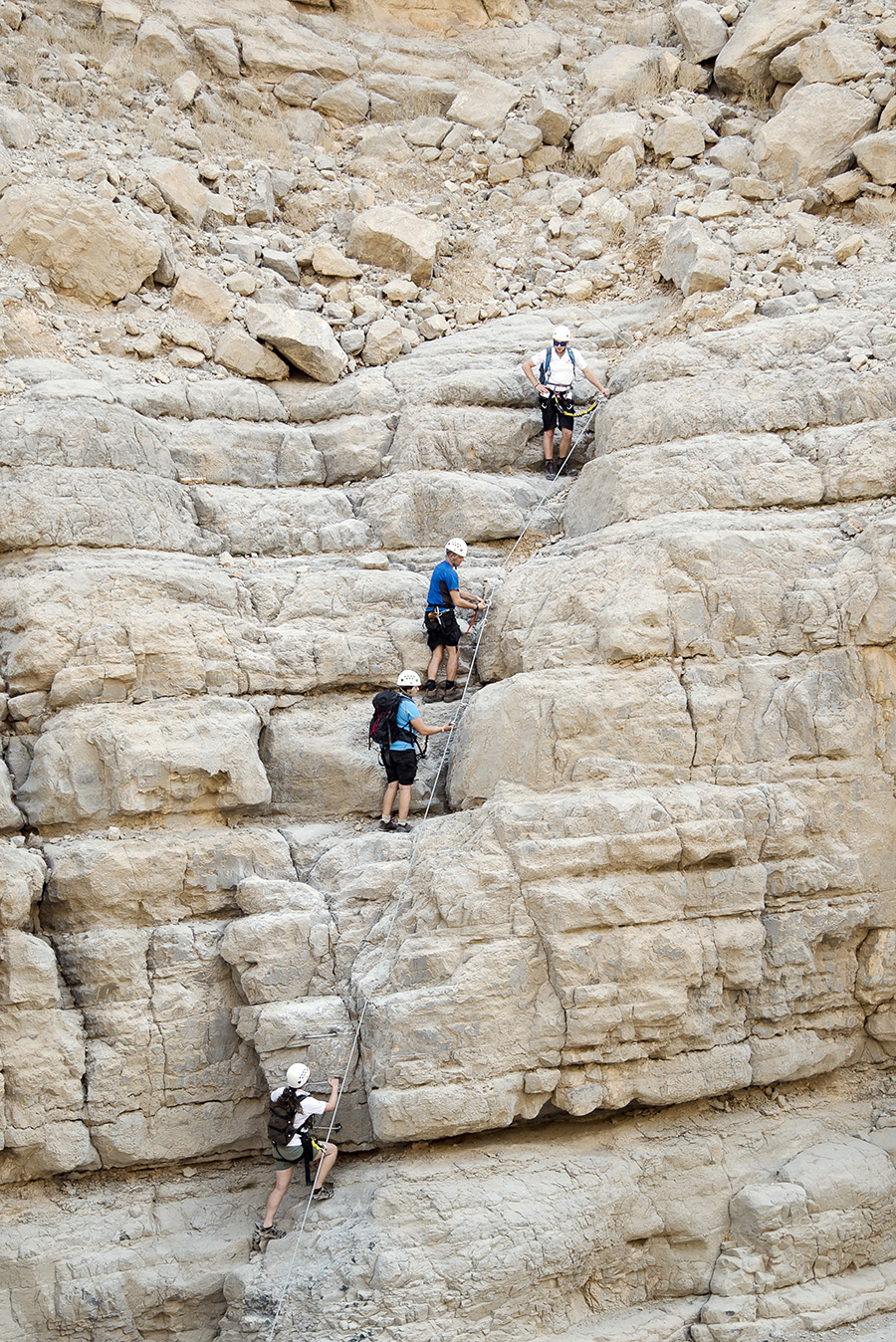 “No less an authority than Lonely Planet has now described Ras Al Khaimah as ‘THE place in Arabia to get an adrenalin rush’ and that gives us credibility and confidence going forward as we build a world-class adventure tourism product leveraging the natural assets and beauty of this emirate,” added Mattar.

Individual and group tickets to experience the Jebel Jais Via Ferrata, priced at AED400 each, can be booked through www.jebeljais.ae. Complimentary bus transfers for ticket-holders are available to Jebel Jais from Tulip Inn Ras Al Khaimah via shuttle buses each leaving the venue at 8:00am and 12:00pm. ■

The first and only outdoor magazine in the region